Former Bauhaus, Tones on Tails, and Love and Rockets members Daniel Ash and Kevin Haskins have once again joined forces, and along with Haskins daughter Diva Dompe, the trio is currently on the road under the name of Poptone, and are filling venues as they perform the songs from their 30-plus year back catalogue. 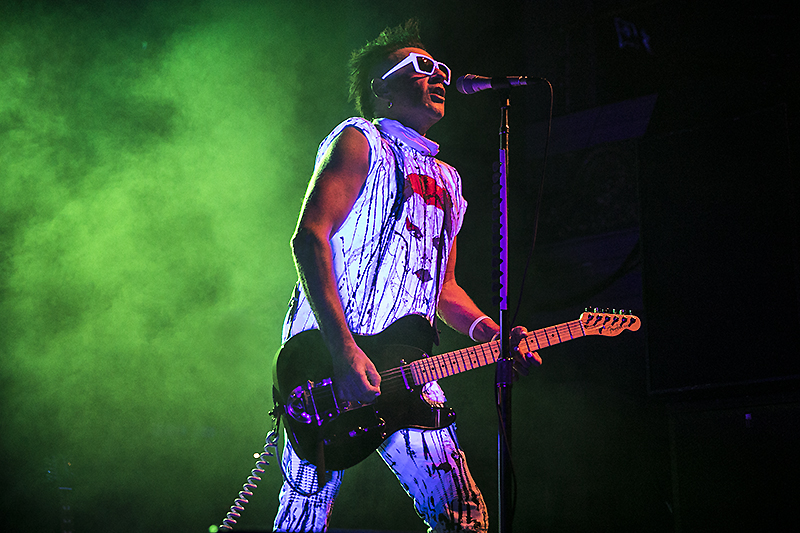 Opening their set with a driving cover of Elvis Presley’s “Heartbreak Hotel,” Poptone quickly confirmed that the evening was going to be something special. Daniel Ash’s guitar tone was full of the chorus and the Death Rock flange that he is known for from the very first note, and his vocals sounded just as good as they did when he originally laid them down for the songs they would be performing throughout the night. Dressed in all white and illuminated by a black light that made him look almost incandescent, he still had that certain swagger that makes him truly unique. 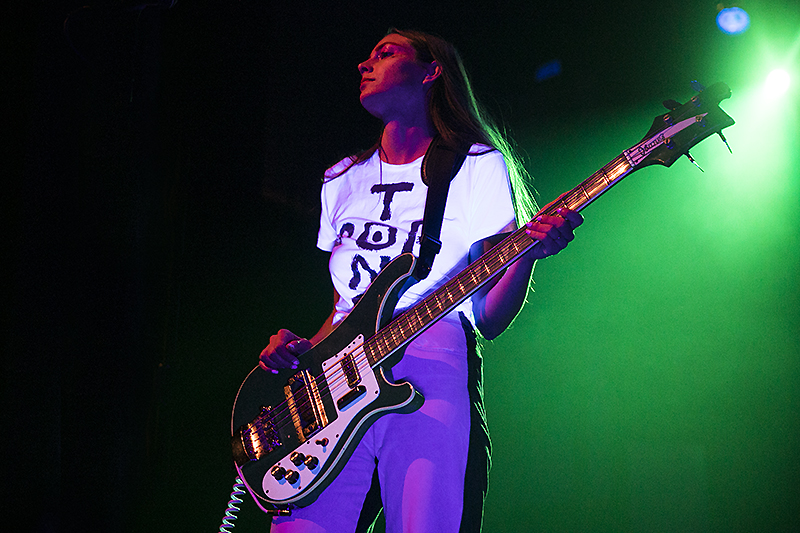 The setlist was heavy on Tones on Tails tracks but the old school crowd most certainly did not mind. “Movement of Fear,” “Happiness,” and “Lions” all sounded perfect, and with the heavy Rickenbacker bass tone of Diva the songs were given a new life. As she swayed back and forth with an almost stoic look on her face, she proved she is the perfect choice to accompany her father, providing a strong rhythm section. 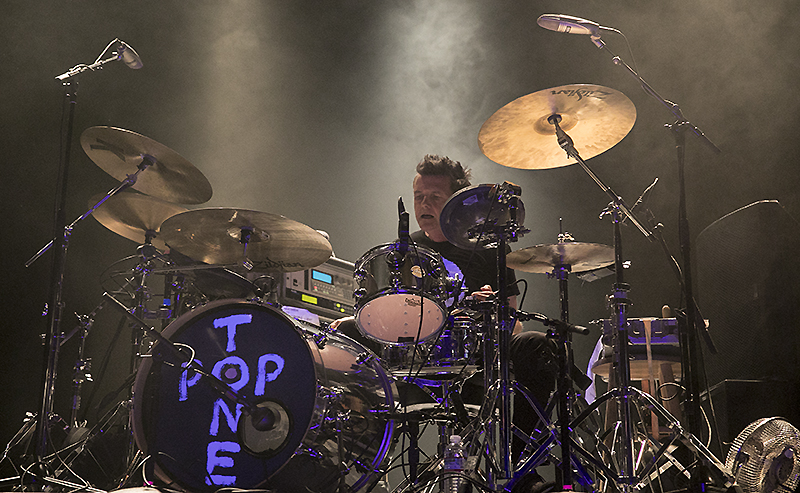 The evening was not all Tones on Tails songs though. The band covered “Physical (You’re So),” by Adam and the Ants, with a slow and plodding guitar combined with crashing cymbals provided by Haskins. They also delivered a stellar version of David Bowie’s “Cracked Actor.”

Of course, it was the goth nightclub staple “Go!” that the fans were waiting for, and the band did not disappoint. As the opening guitar riff and bass line kicked in the band was joined onstage by long time Brain Jonestown Massacre member Joel Gion, who of course supplied the tambourine that he is known for. Joel and BJM opened for Love and Rockets in San Francisco way back in 1996, and him joining Poptone on this evening was just another example of one of those only in San Francisco musical moments. 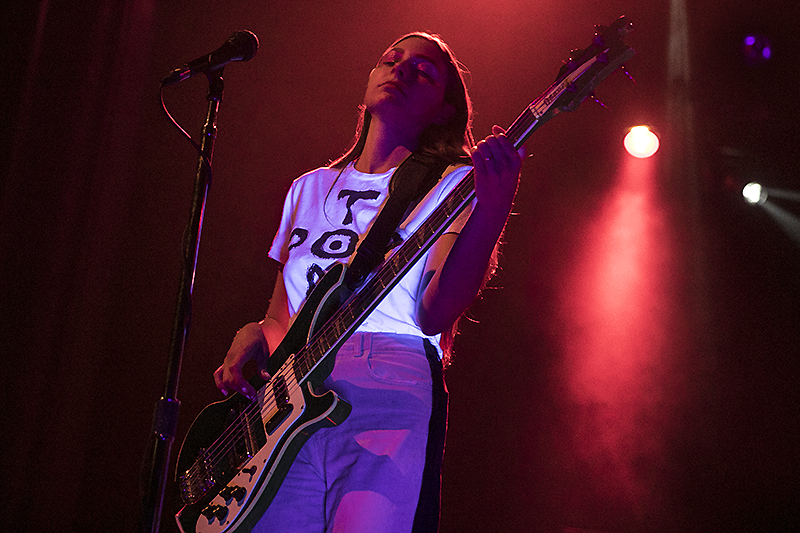 Poptone wrapped up the evening with the Bauhaus classic “Slice of Life,” followed by Love and Rockets’ “Sweet F.A.,” with Ash on the 12 string guitar. 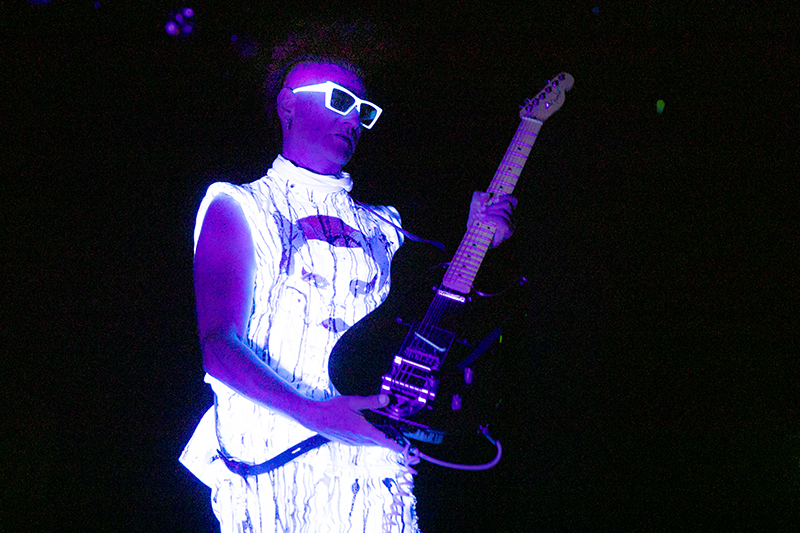 Poptone is one of those unique projects – although the musicians are playing songs from their past, they feel fresh and relevant, especially in a world where reunion tours have become the norm. They will be performing in the U.S. until mid-August, and are certainly not to be missed.