At the end of the excellent David Fincher directed film Fight Club, Edward Norton and Helena Bonham Carter stare out a window holding hands. As buildings tumble, the screech of Joey Santiago’s guitar blares on screen. Cut to credits. Well, cut to a half a second picture of a male member…then cut to credits. The song featured is “Where Is My Mind?” off 1988’s Surfer Rosa. The song brought a new wave of listeners to the Pixies, who had disbanded in 1991 following the Trompe le Monde sessions. 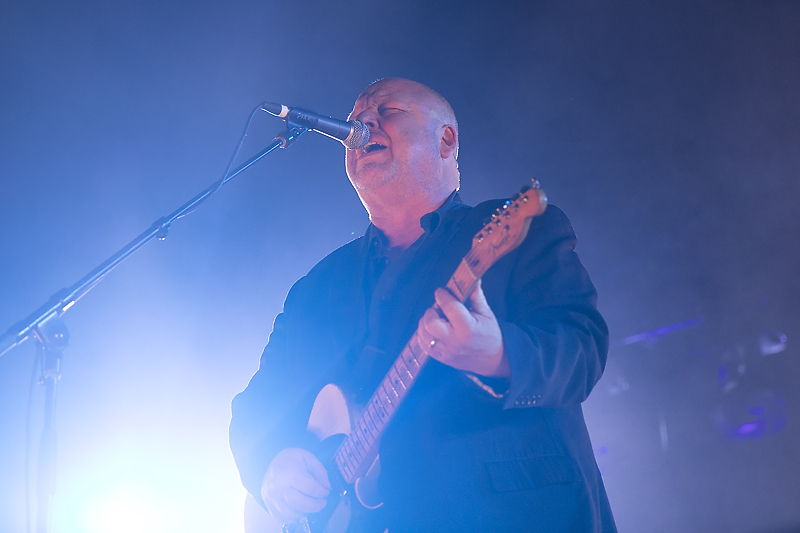 While arena-goers were headbanging to the latest hair metal group, songwriter Black Francis (born Charles Thompson IV) was recruiting members for his new band with guitarist Joey Santiago. They needed a bassist who liked both Hüsker Dü and Peter, Paul and Mary. Kim Deal was the only one to respond. She didn’t know bass but was hired anyway! They released four classic records between 1988 and 1991. One excellent record a year. Each album helped define the indie music scene of the late 80s and early 90s. Many now famous bands cite Pixies as a point of inspiration from Nirvana to Arcade Fire and many in between. 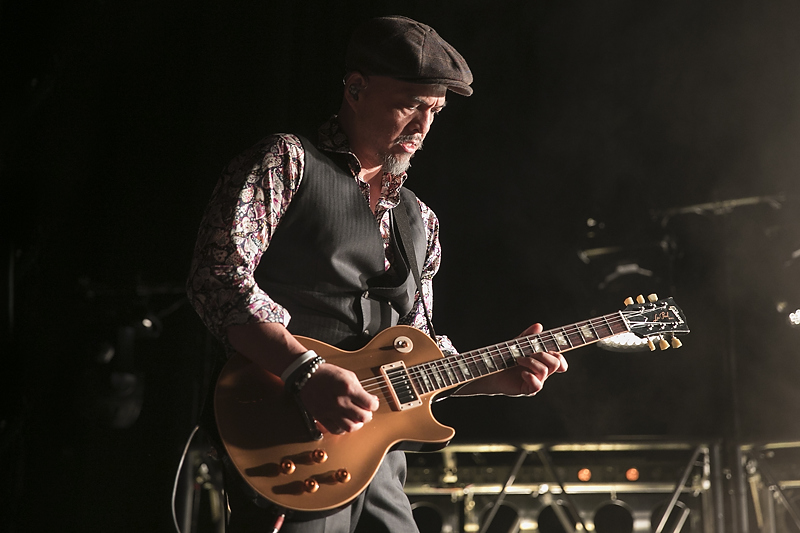 The band released two long-awaited records Indie City and Head Carrier in 2014 and 2016, respectively. The band is touring in support for Head Carrier and landed in Oakland’s Fox Theater for a winter appearance. 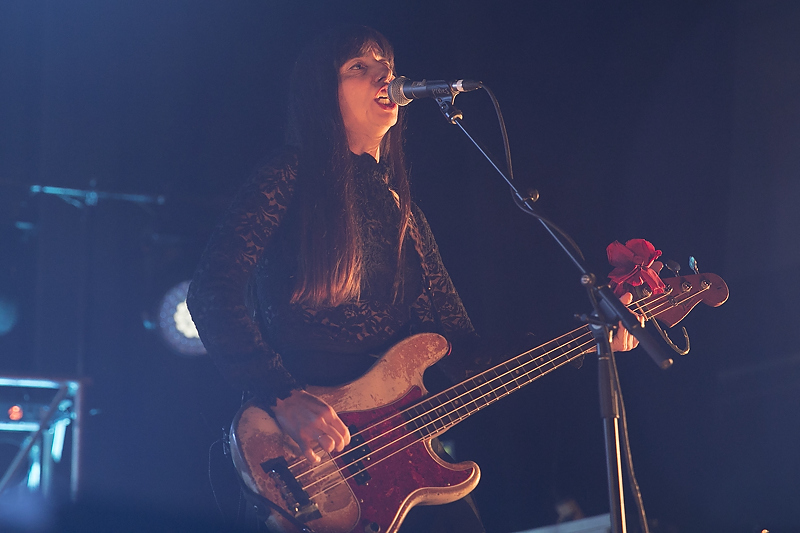 Original members Black Francis, Joey Santiago, and drummer David Lovering all appeared with new member Paz Lenchantin on bass. The Fox was packed to the brim, a huge crowd showed up in support of the Boston-based group. The lights shut off and it was time for Pixies. The band came out to a lost Beatles nugget “You Know My Name (Look Up the Number).” The crowd drowned out the song, as members grabbed their instruments. 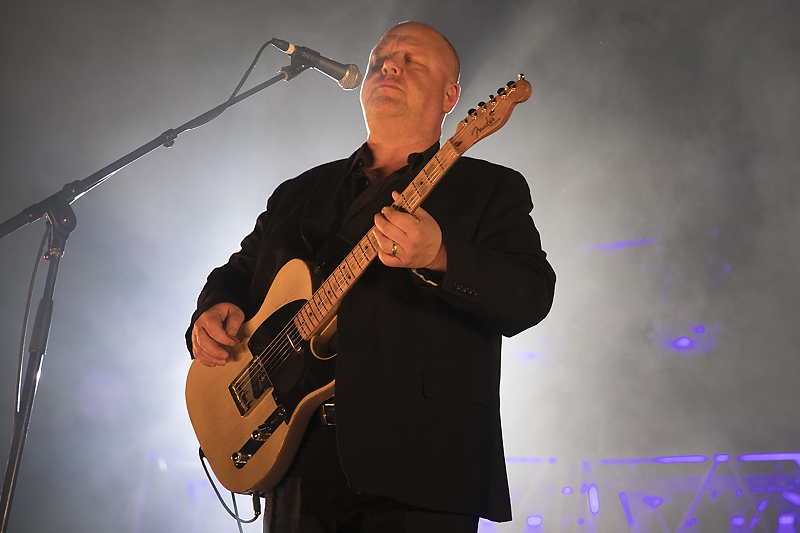 With only the first few taps of “Wave of Mutilation”, the crowd instantly knew the classic 1989 track off Doolittle. The setlist dove straight into many cuts off Doolittle and Surfer Rosa, with a healthy amount of Head Carrier in between. The psychedelic ballad “Monkey Gone to Heaven” triggered a giant sing-along, likewise with “Gouge Away.” 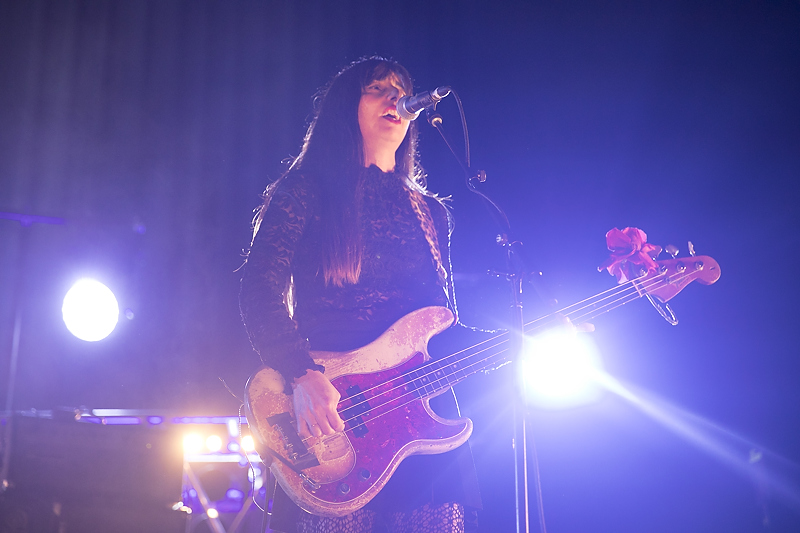 Francis’ vocals sound just about intact as they did in the 80s/90s. In order to save his remaining vocal chords, there was a bit of restraint on certain songs. Which is understandable considering he has toured for decades, putting everything into his recognizable soft/loud approach. On cuts like “Ed Is Dead” from Come On Pilgrim, Francis saved his screams for later when “I’ve Been Tired” appeared towards the tail end of the setlist. 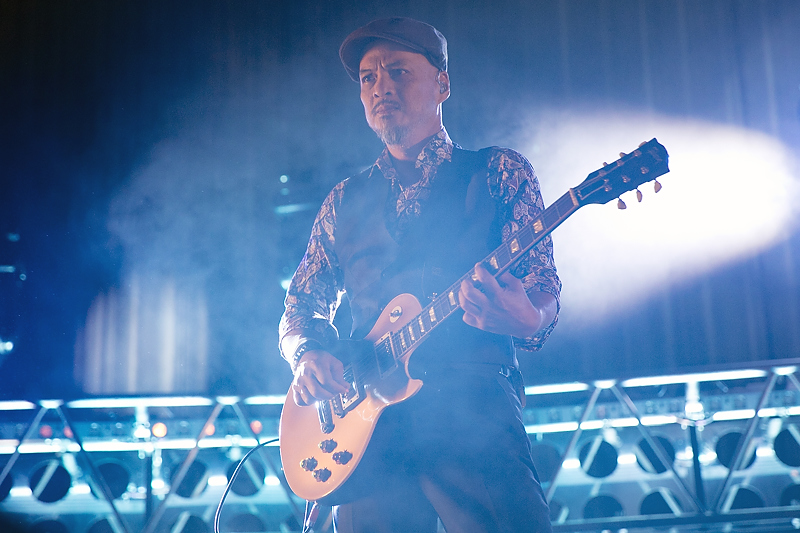 Like the showman he is, he gave us the amazing Francis screeches on “Rock Music,” “Tame,” and, of course, “Debaser.” The same goes for the rest of the band. Santiago and Lovering ended the show with white knuckle energy. Bassist Lenchantin perfectly replicated Kim Deal’s prominent bass lines delivered with her own twist. 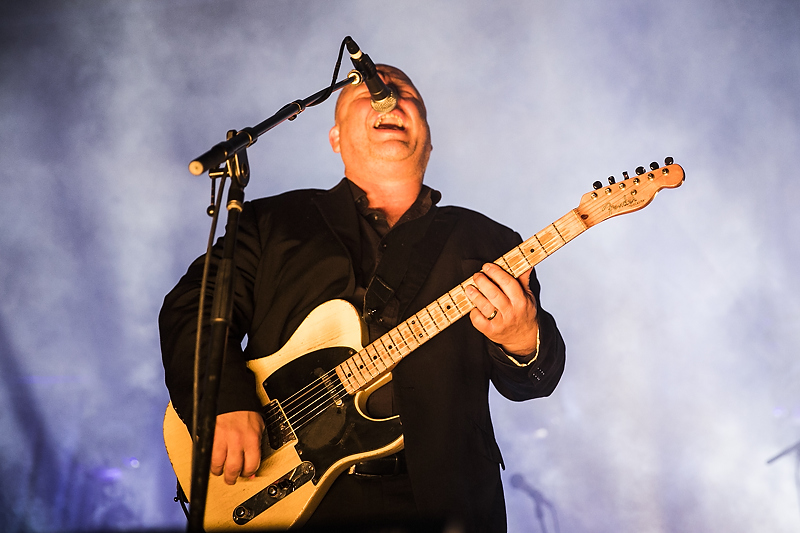 The crowd stomped their feet for an encore. The entire Fox was shaking with excitement. Pixies came out once again to gift us a handful of pure Pixies punk: “Broken Face,” “Isla De Encanta,” and “Crackity Jones” closed out the night.

The Frights opened for Pixies. The San Diego band are a melting pot of classic surf and punk with a dash of indie. It’s got that same lo-fi treatment that sparked early Pixies records and it made for an awesome opener.