On the weekend of Hardly Strictly Bluegrass in San Francisco, when so many great bands had made beautiful sounds in nearby Golden Gate Park, a funny thing happened at the Regency Ballroom on Van Ness. Many of the same people who had traipsed the dusty trails from stage to stage in the park earlier in the day, were now standing in a lengthy queue that went around the block and down an alley. It was the longest line many of us had ever seen to get into the venue. All of this tired humanity had rallied for the late evening show with an up and coming psychedelic funk band that weren’t part of the festival. This sold-out show was for Pigeons Playing Ping Pong. 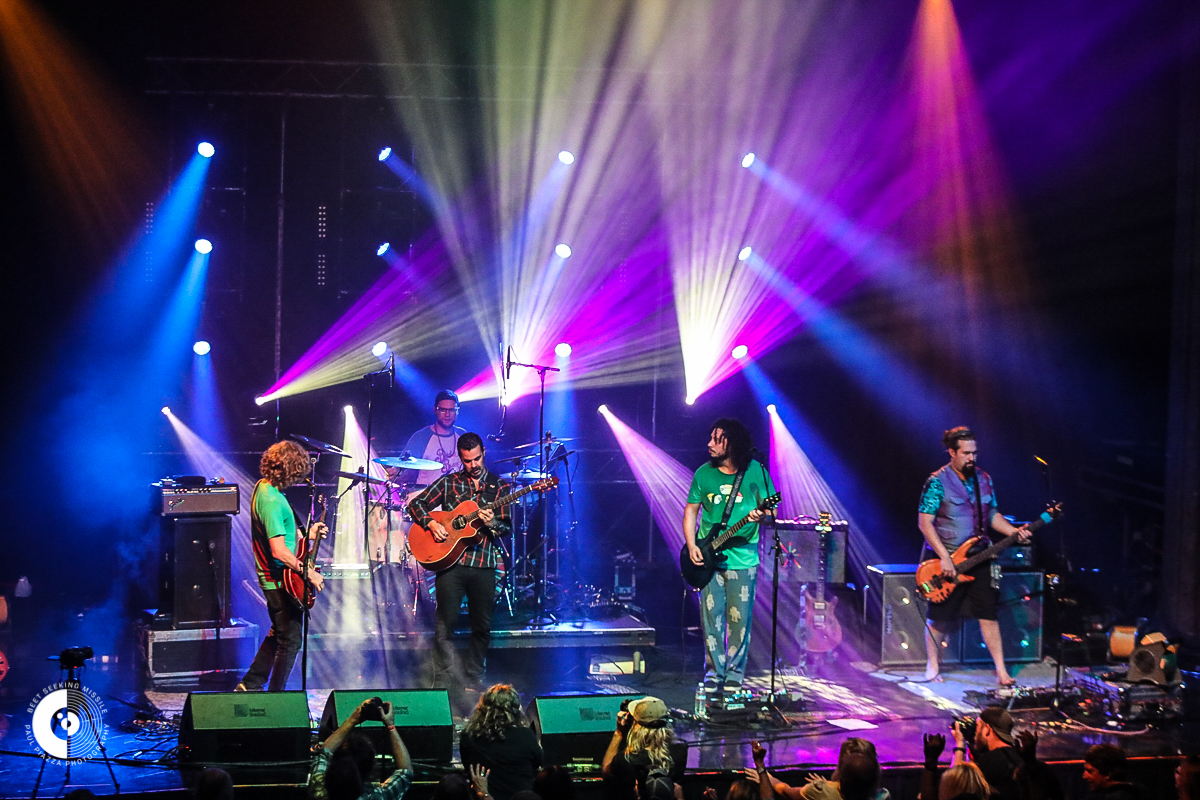 The Baltimore band have been raising their national profile over the past few years with festival appearances that have piqued the interest of many. Most recently, they won over a flock of new fans at High Sierra Music Festival. So this San Francisco date was highly anticipated by many and a lot of those people had talked their friends into coming out to see the band for the first time. 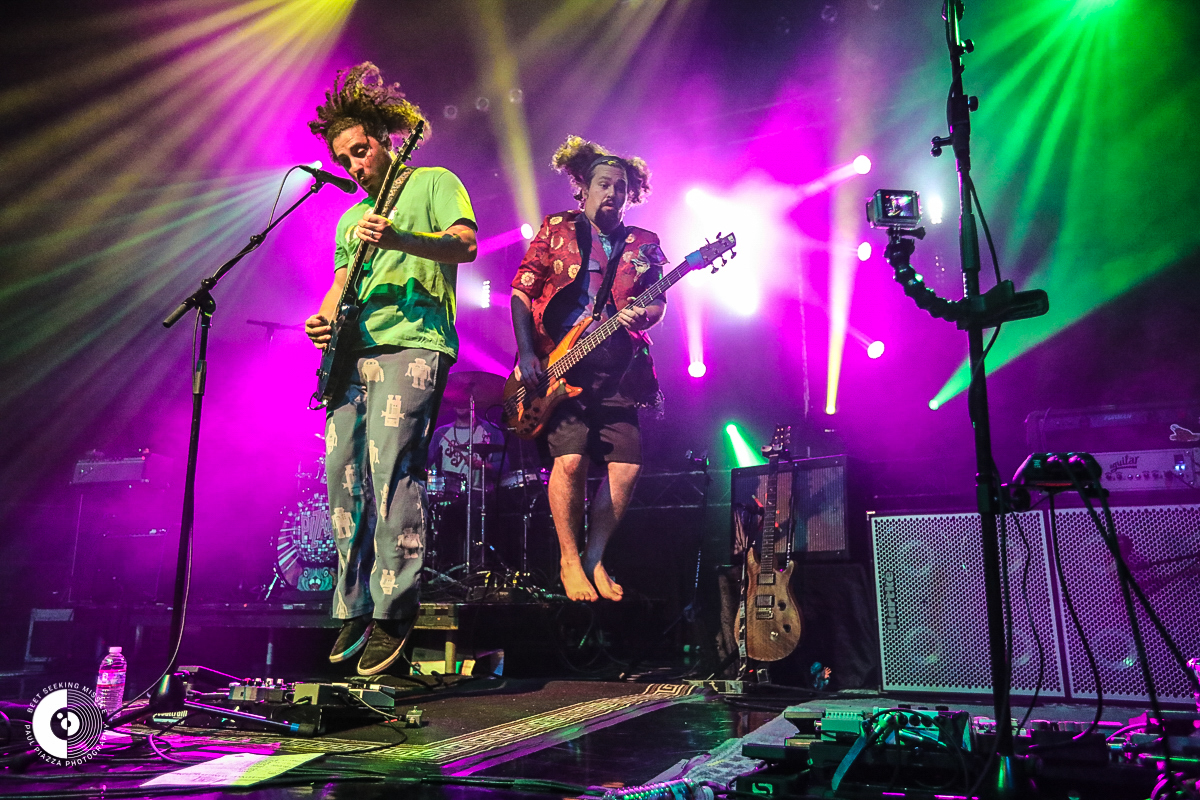 By the end of the night there were many converts. The band played a fantastic show that encompassed two sets of classic material and recent cuts from their 2017 album Pizazz. Early in the first set, there was drop-in jam by ALO guitarist Dan “Lebo” Leibowitz. For this song, which sparked the audience, the band coupled their tune “Julia” between ALO’s “Plastic Bubble.” It was a pretty sweet ride. Later, near the end of the second set, guitarist Nat Keefe of Hot Buttered Rum came out and joined the band during “Fortress.” 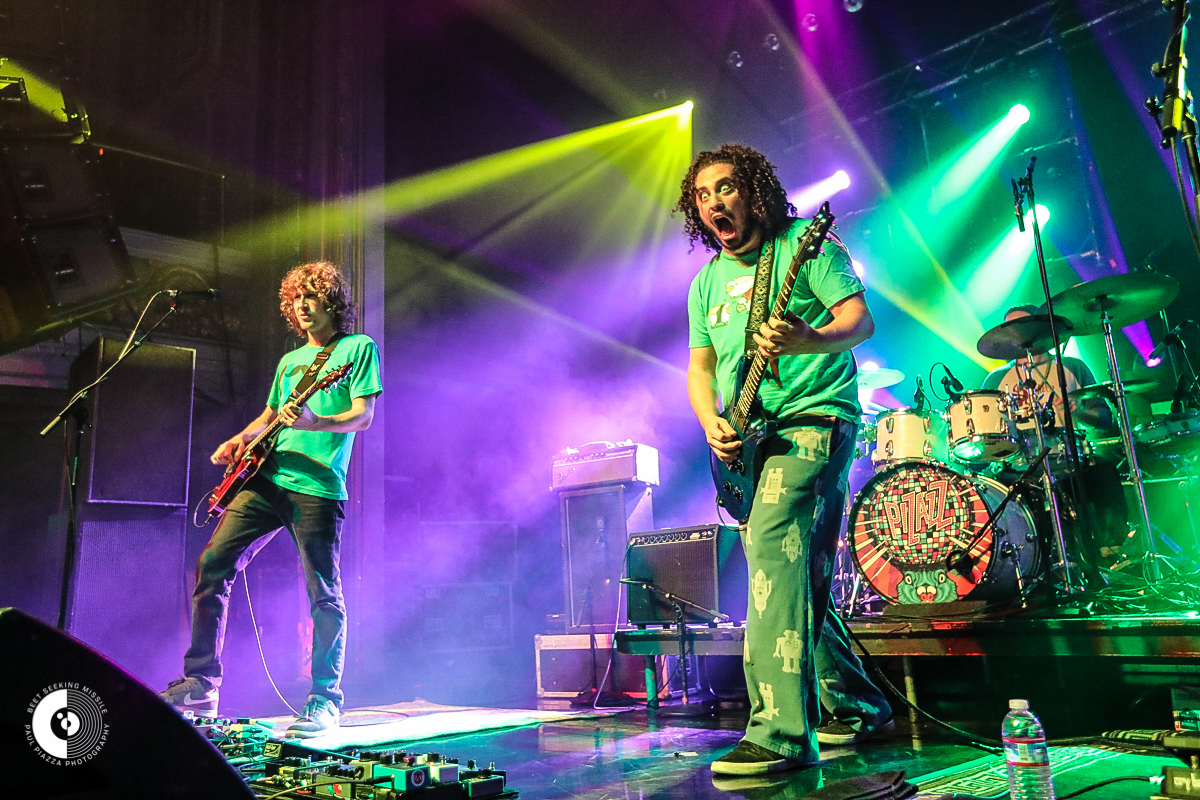 While it was sensational to have these guest sit-ins, the quartet were formidable on their own from start to finish. Vocalist/guitarist Greg Ormont led things from center stage with a bouncy personality that seemed to draw the crowd in from the beginning. Ormont has a likable quality to his vocals and pulls off quite the array of guitar faces as he connects with the audience. On his right was guitarist Jeremy Schon, whose ripping leads were pretty mind blowing over and over again. Bassist Ben Carrey seemed to be having a blast as he galivanted to the left of Ormont while he and drummer Alex Petropulos locked in for some killer rhythms all night long.

After kicking off the show with “Upfunk,” the band continued with a phenomenal first set that contained four songs from Pizazz, and of course, the aforementioned sit-in with Lebo. During the second set, the band focused on classic material, opening with “Walk outside” followed by “Melting Lights.” They played a cover of the Talking Heads’ “Psycho Killer” that went into their song “Say Cheese” that went back into “Psycho Killer” before being joined by Keefe. 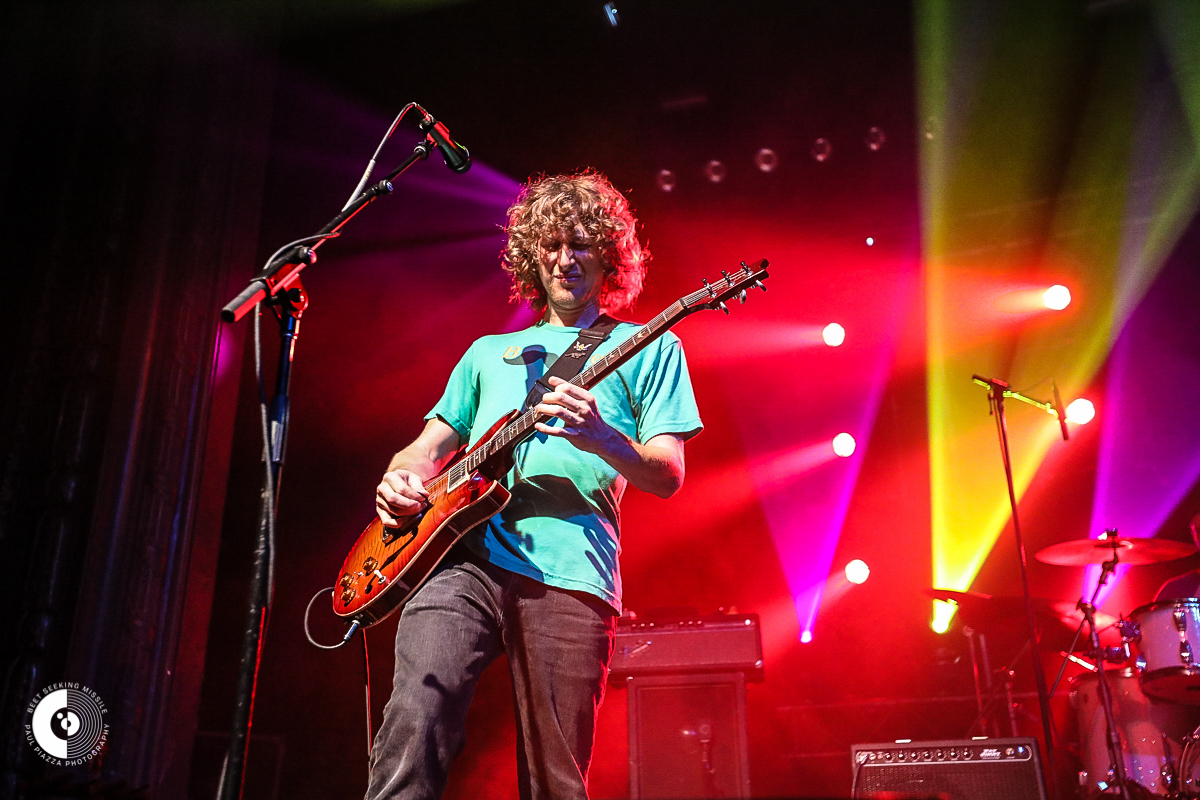 During the finale, they worked the song “Tale As Old As Tme” from the animated Disney movie Beauty and the Beast into their song “Zydeko,” continuing a tradition of adding a fun-filled little twist into everything they do. At High Sierra they gave the crowd “Hakuna Matada.” Fun, freedom and positivity in the music seem to be the operative themes with these guys. This will be a band to watch out for as time marches on and they continue to fly higher and higher.

Find out more about Pigeons Playing Ping Pong on their website.