As summer rolls into the Bay Area, residences are shedding their spring coats after an unusual rainy season that soaked them all. Finally, with the sun out, the festival season begins. Phono Del Sol is the product of The Bay Bridge, a non-profit source for stories on the Bay Area’s independent music. Tiny Telephone, a recording studio owned by record producer John Vanderslice and also DotheBay have a hand in making Phono Del Sol possible.

Under the hot sun and in the midst of a cool breeze, festival attendees slowly strolled into Potrero Del Sol Park. Barefoot kids ran around the grass, couples found shade under trees for an afternoon nap while others sipped on Lagunitas. The entire festival was just under capacity and did not overstay its welcome. It was a delight. Here’s our coverage of the festival’s biggest headliners. 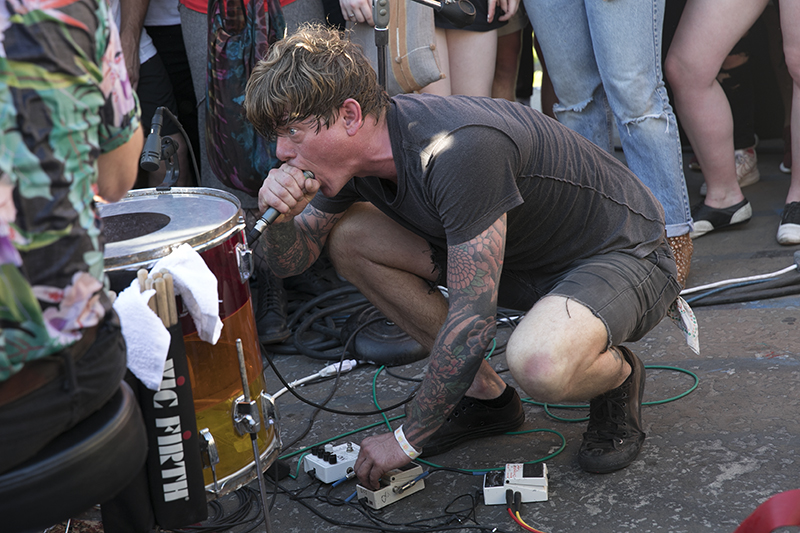 This summer, the John Dwyer-lead garage rock outfit Oh Sees dropped the “Thee” from their name. Which wasn’t an unusual move for the band. For about 20 years, Dwyer and co. have given this project different alter egos and new life every few years. The band swims through new sounds for added color, but really, this is the same band beloved by the Bay Area. Live, the band was still just as scuzzy and just as forceful as you would expect. A real force of nature. 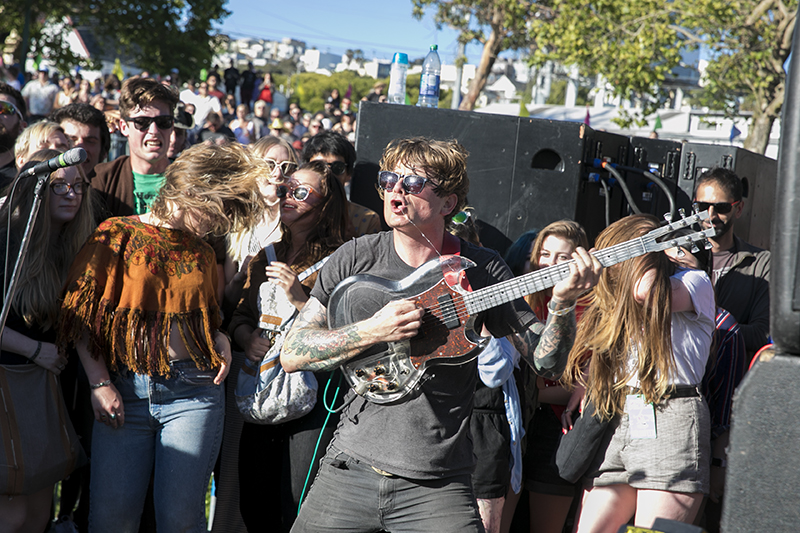 While Dwyer and the group toyed with their instruments on stage and plugged in all that needed to be plugged in, Dwyer gave us permission to jump the barrier and join the Oh Sees on stage. Shrugs were exchanged and eyebrows were raised during the opening chords of “Plastic Plant” off the band’s 2016 A Weird Exits. Suddenly a storm of people jumped the barrier and danced – but mostly head banged on the Potrero Stage. Several crowd surfers sailed through the crowd. 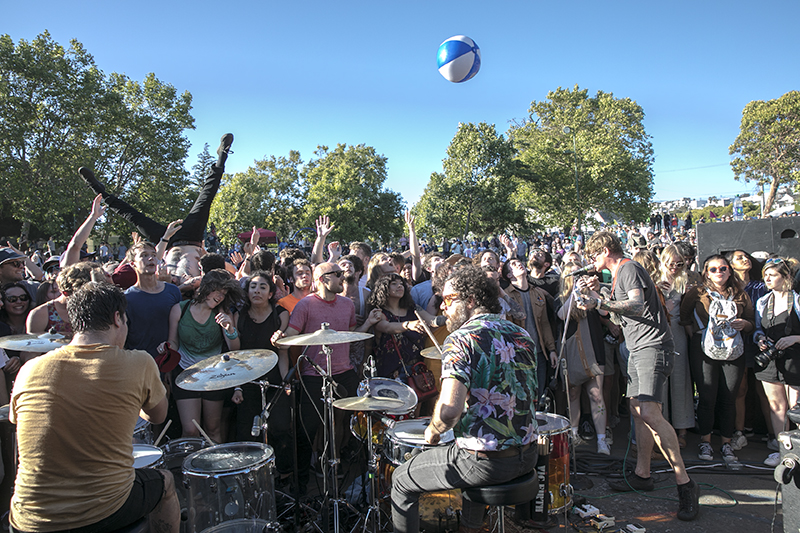 The band breezed through just nine songs. The endings were the beginnings, beginnings were endings. Stitched together was the marching “Tidal Wave” with the chaotic “Toe Cutter/Thumb Buster.” “The Dream” cut through the band’s latest single “The Static God.” The festival concluded with “Contraption/Soul Desert.” 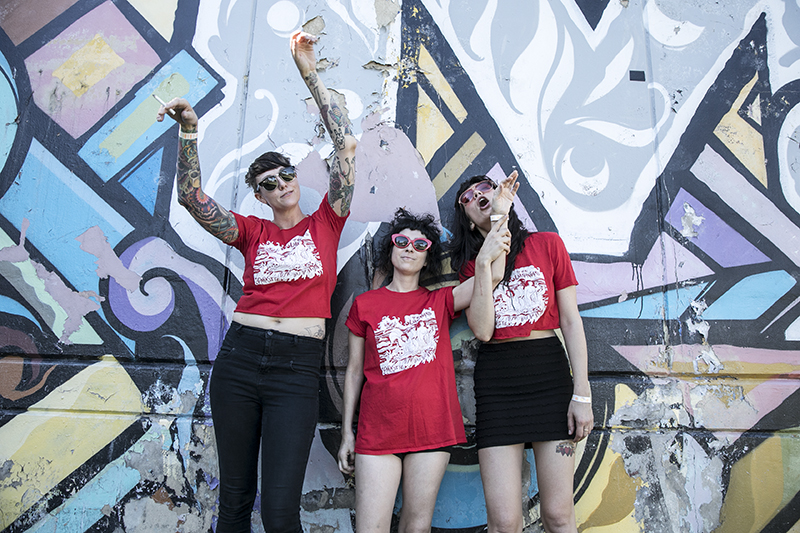 Following the footsteps of fellow female rockers of the past, The Coathangers are a garage rock trio from Atlanta. Their Phono Del Sol set was the group’s final show, concluding a world tour that brought them to several countries in Europe and all over the United States. 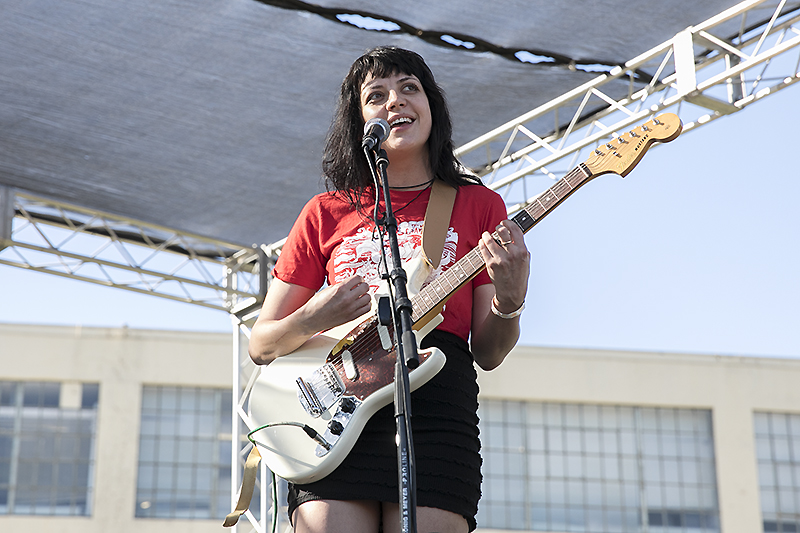 Bay Area rocker, Melina Duterte got her moniker from the same Wu-Tang Name Generator that Donald Glover (Childish Gambino) received his from. She started writing songs in middle school and uploading bedroom tracks on MySpace. After several name changes, she stuck with Jay Som. Her latest record Everybody Works was released this year, to critical acclaim. 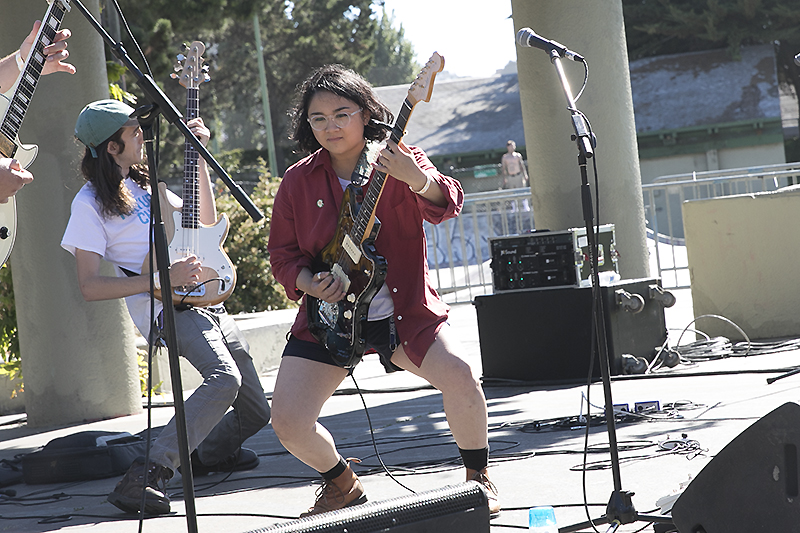 As the sun was quietly moving west, Jay Som easily played songs off her latest album. The frantic “1 Billion Dogs” and the chill “Baybee” shined with watery, reverby guitars. Jay Som told the crowd you can still find her on MySpace, which got a laugh from the audience. She’s not kidding – you can actually listen to her music on there.

New York born singer-songwriter, Sean Hayes has been releasing music since the late 90s. Over the past two decades, his songs have made their way to television soundtracks and movies. He began signing old Irish and Americana music in the band the Boys of Bluehill. He’s moved around the country but is now a Bay Area resident. 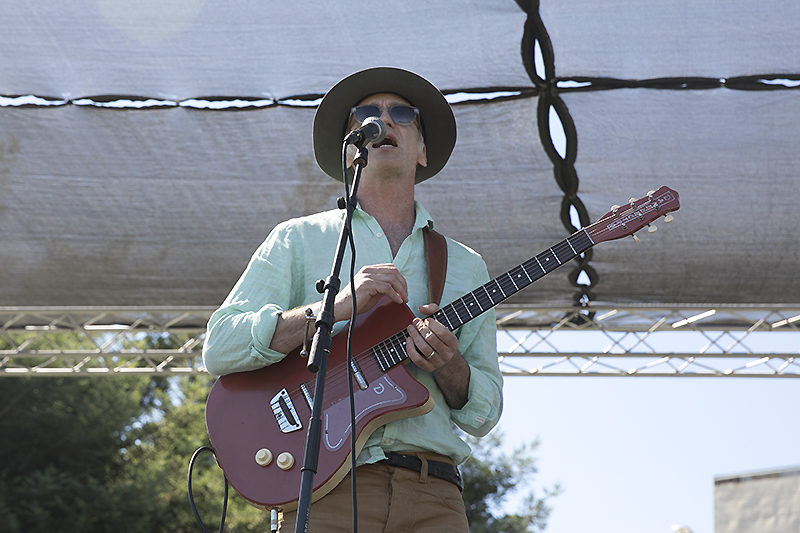 Hayes sang with powerful conviction, as if he lived through dust bowl America. His set list was peppered with songs new and old, some off 2016’s Low Light. 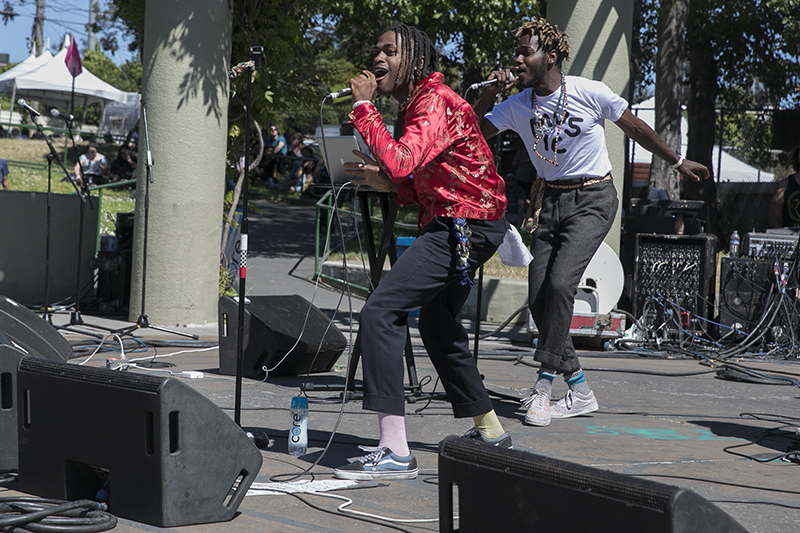 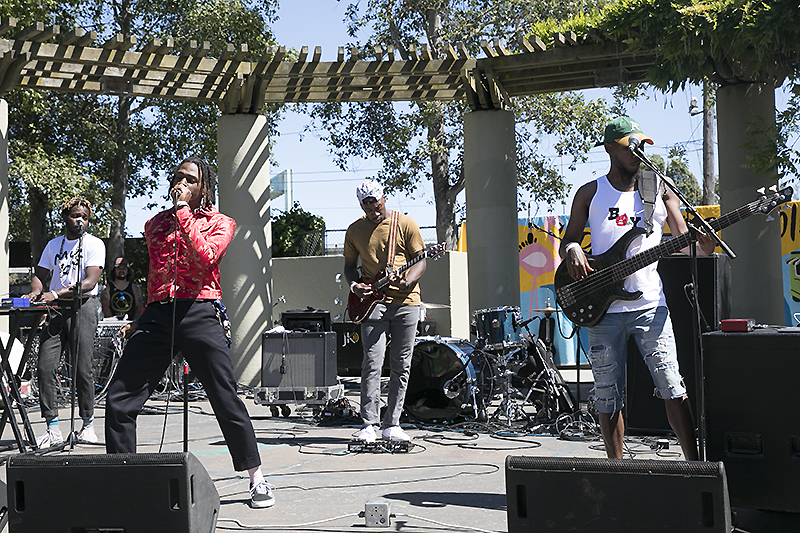 If it wasn’t for Oh See’s genius move to have their audience join them on stage, I’d say Duckwrth had the best reaction from the people of Phono Del Sol. During their entire set, not one person wasn’t moving their feet to the songs that just oozed cool. 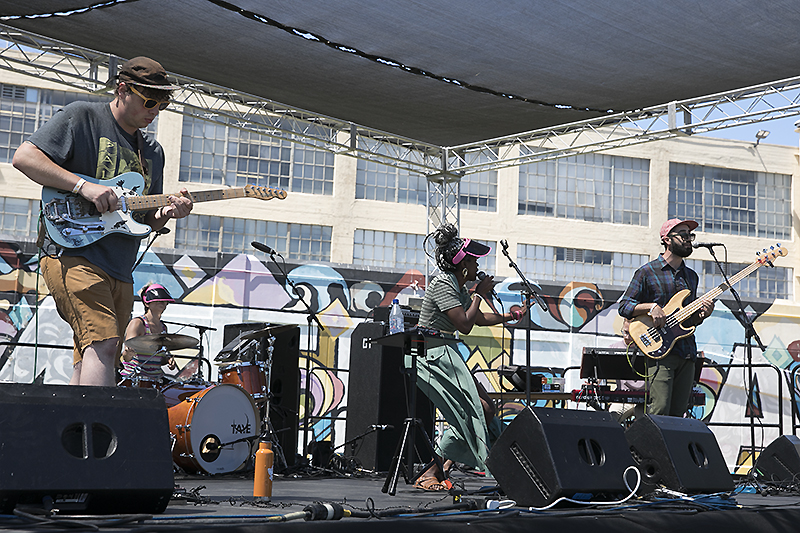 Phono Del Sol has a talent for gathering some of the best indie and underground artists. The rest of the festival performers were talented singers and musicians spicing up the festival, with sultry jams from Bells Atlas and Rayana Jay. The fiery Never Young and the psychedelic Tino Drima started the festival off right. Hushed vocals were delivered from Madeline Kenney.