On July 24 at Bill Graham Auditorium in San Francisco’s Civic Center, Phish, like always, took attendees on a journey through genres, tempos, and emotions.

Attendees left with a sense of community – everyone had experienced this ride together. The crowd showcased that “jam band” culture that weaves threads into San Francisco’s identity in music – a culture that hasn’t evolved much since Phish’s 1994 tour to the city. 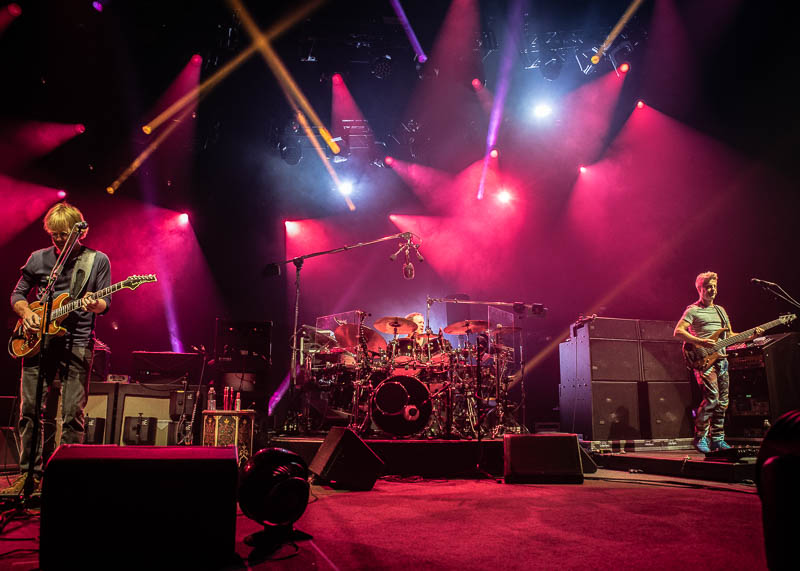 The show began with “Forty Six Days,” which had a ton of funky bass slapping and dirty guitar. It was the perfect way to bring the array of sounds to the table and get the attendees going. Next was “McGrupp and the Watchful Hosemasters,” with its’ theatrical piano, lighter guitar, and beachier drums. “Pigtail” was another fun crowd favorite.

Common concert goers included a two-year old in tie dye dancing on his father’s shoulders, a man in his seventies who had been to over 40 shows, and thousands more grooving to the magnetic sounds. From the area directly in front of the stage to the far corners of the auditorium to the hallways and the balcony, attendees were consistently in sync with the songs and each other through the duration of the show.

One crowd favorite was Talking Heads’ “Cities,” during which the room filled with echoed voices singing along. 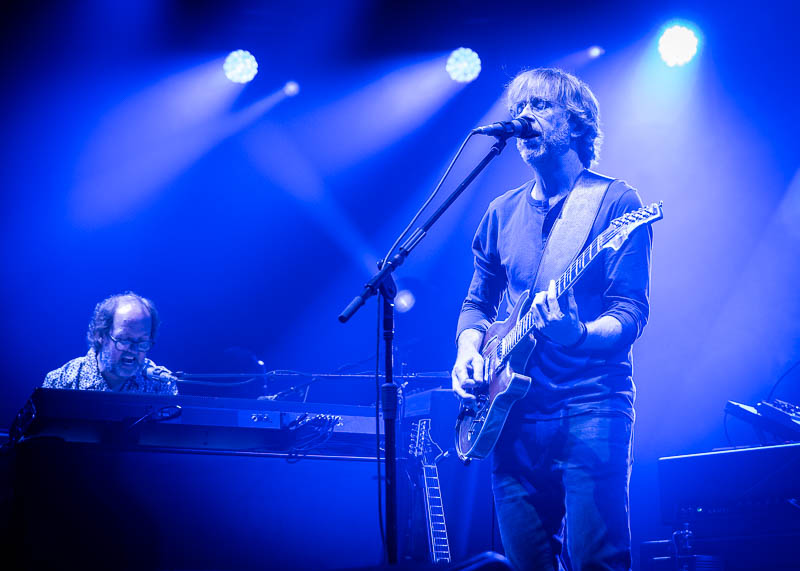 There was much appreciation for the few times Phish pulled some bluegrassy elements in or developed a twangy sound in their music, one of these being during “Gumbo.”

Another highlight was near the middle of the show when the sound got most powerful, especially the unapologetic banging of the hi-hat. For minutes, every sound anticipatingly inched up until erupting into an epic, extended jam session.

During the song “Dirt,” Trey Anastasio’s voice had a bittersweet tone as the crowd followed along, taking the energy down a few notches – an endearing departure from the consistent deliberate jamming of the show’s prior very spirited melodies. 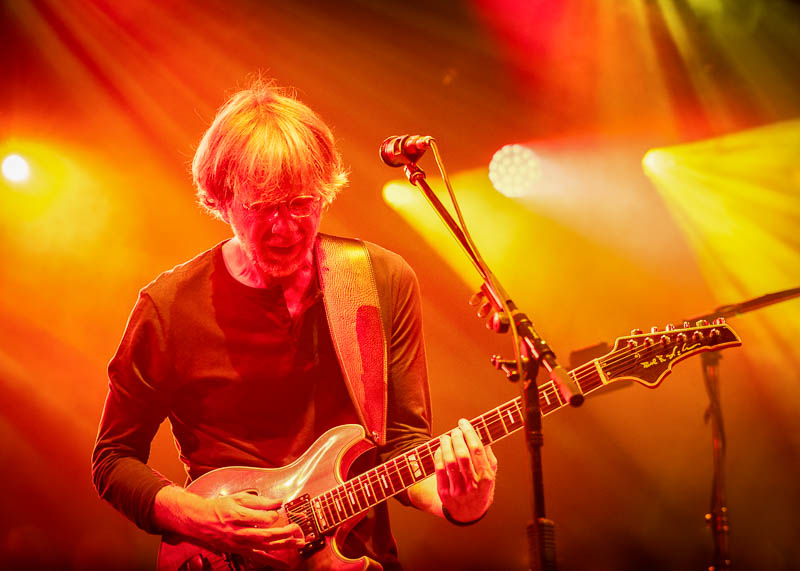 The second set continued the same vibe and carried the same energy. Highlights include Phish sparking the set with the funky feel of “The Moma Dance” through eventually ending the show with an encore of “The Squirming Coli.”

Phish’s exceptional synchrony and reputation for getting lost in their songs makes each concert one hell of a show, and this was no exception. San Francisco jam band fanatics surely have good taste.