Rock legend Perry Farrell and his new project Kind Heaven Orchestra (KHO) touched down at the Fillmore in San Francisco for a festive show fueled by music, religion, politics, weed, and wine. 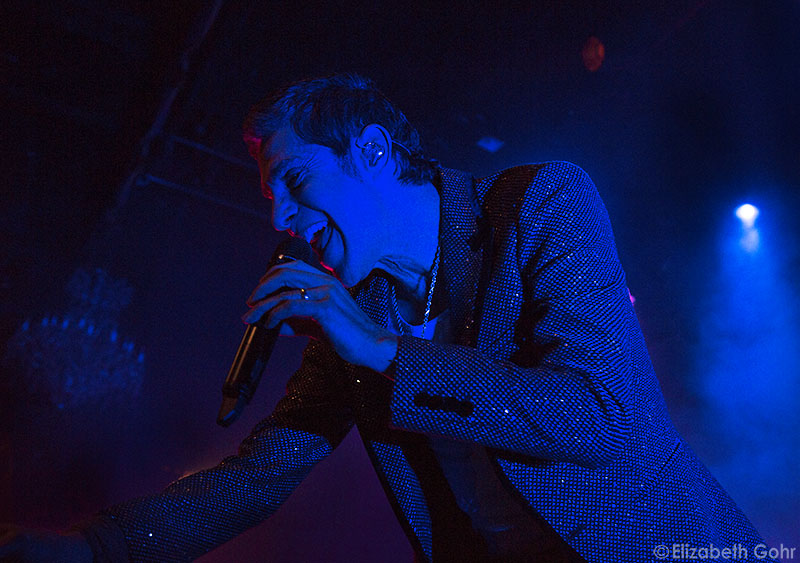 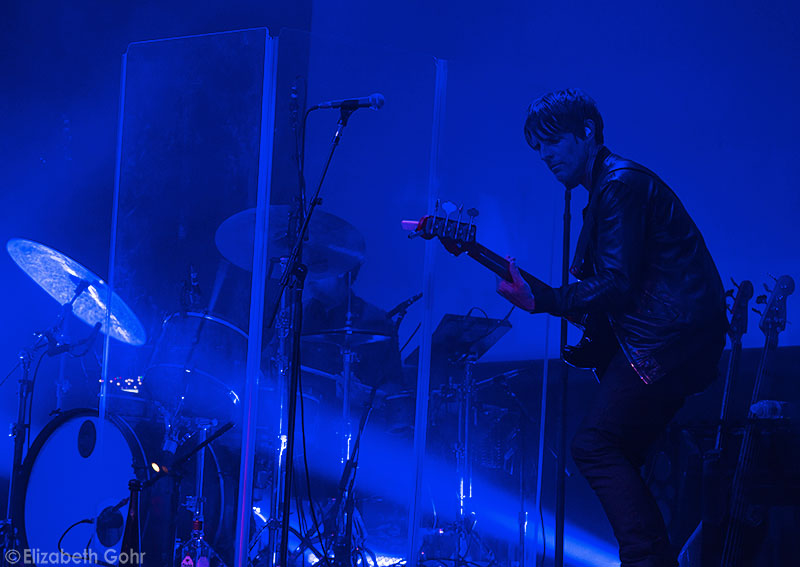 Running at times thirteen deep onstage (counting go-go dancers and a string section), Kind Heaven Orchestra revealed a new sound for Farrell. More electronic rock/pop at its core, the new material takes a danceable tangent as compared to the sonic soundscape of Jane’s, but still has its occasional rock freakouts. And with Farrell’s frenetically cool vocal delivery spread on top, it is ultimately very familiar. 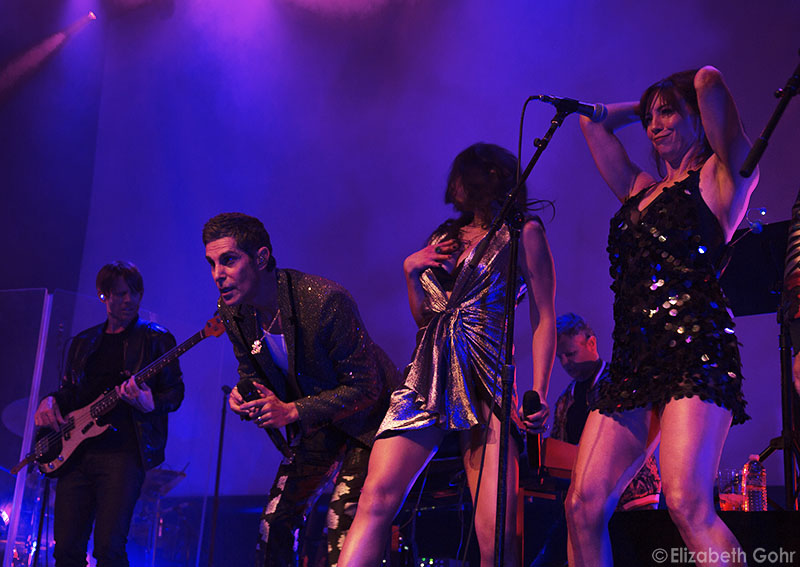 Between songs Farrell bantered with the crowd about everything under the stars, from Hanukkah and the menorah lighting ceremony that took place earlier that day at Union Square, to his son playing video games, to trying to turn around the current turmoil roiling the planet. Actually, his stream of consciousness rambling probably accounted for at least twenty minutes of the set, and though it was a bit too much at times (I heard some folks calling out “play a song!”), it was quintessential Perry Farrell. 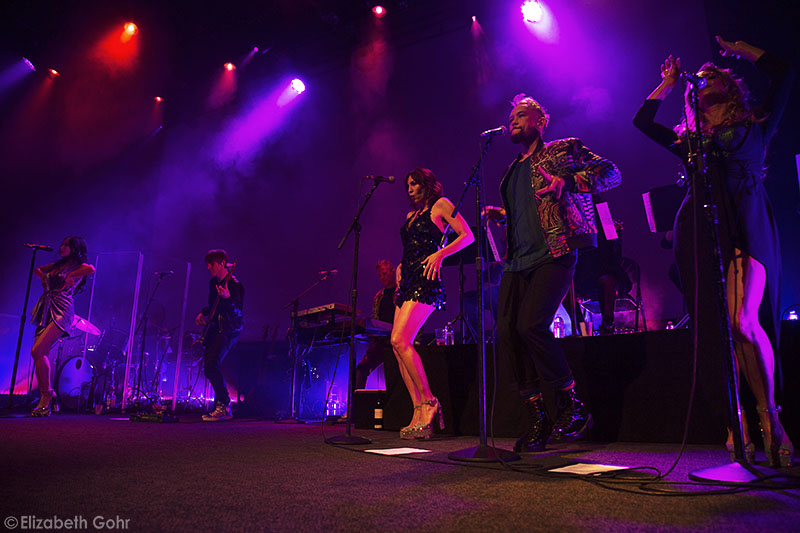 Joined onstage by his wife Etty Lau Farrell, who led the go-go dancer / background singers, Perry pinballed around the stage, rocking back and forth and spinning like a dervish. All the while his very capable band (including prolific drummer Matt Chamberlain and Jane’s current bassist Chris Cheney) churned out the elastic, electronica-inspired grooves. 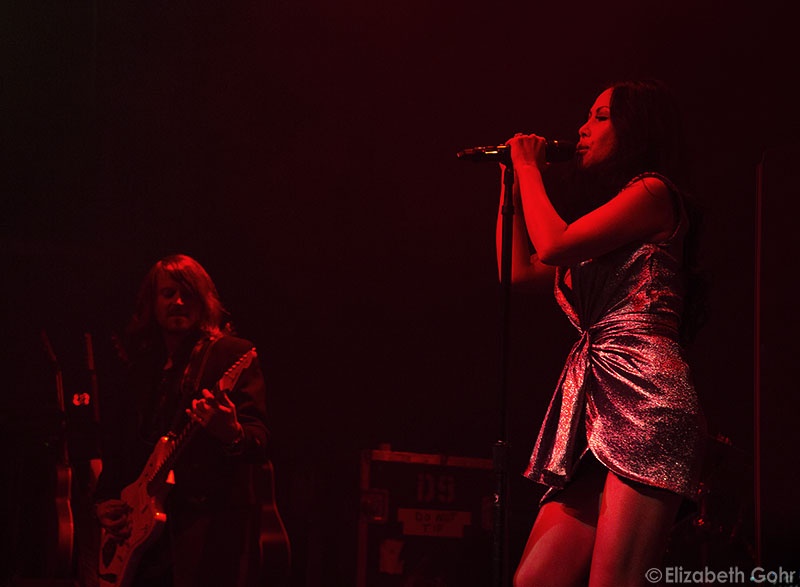 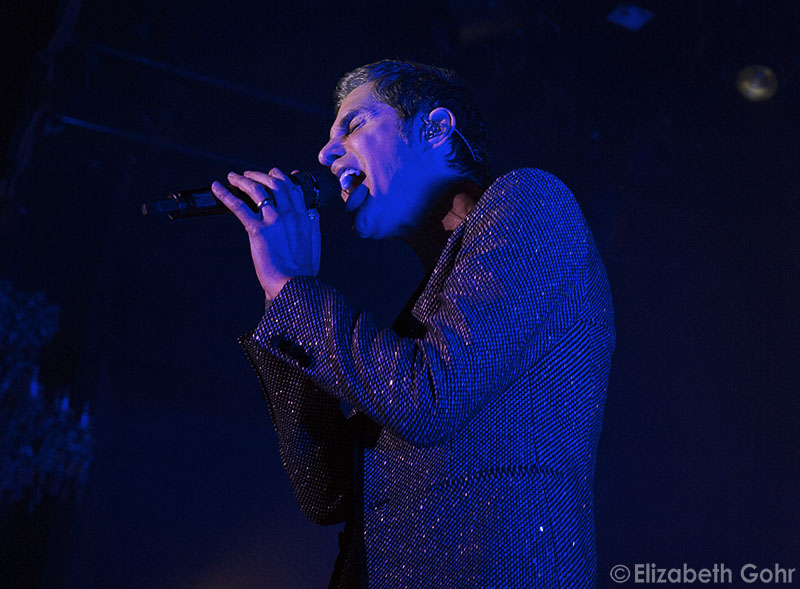 The KHO songs that seemed to generate the most heat were ‘Snakes Have Many Hips’ (duet with Etty) and ‘Pirate (Punk, Politician),’ which did have a bit more rock heft to it, swerving for a bit into the Jane’s lane and sparking the crowd into movement. 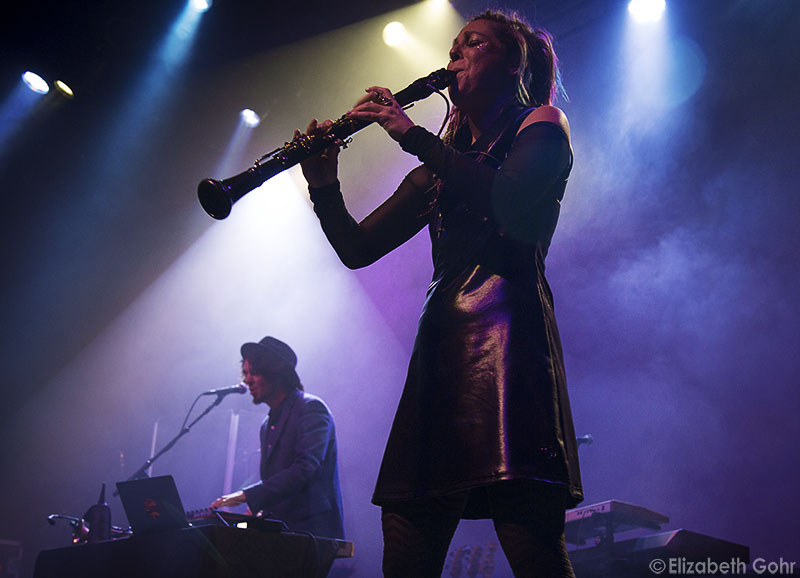 Playing prior to KHO was a DJ / instrumental / mash-up duo called Balkan Bump. Featuring trumpeter/DJ Will Magid and clarinet/saxophonist Morgan Nilsen, the two joyfully jumped around stage while deftly layering Balkan-flavored melodies over pre-recorded computer beats, and some songs by other artists (e.g. Snoop’s ‘Drop It Like It’s Hot’).

While entertaining, it did feel more like karaoke or Bar Mitzvah entertainment than a band that one would expect to open for a potential rock and roll hall of famer. Nonetheless, they resonated well with the crowd, eliciting smiles dancing throughout the venue.

The first opener Jerry’s Kosher Deli was also well received by the crowd, many of whom followed the band from the menorah lighting ceremony where they had earlier performed. Playing jam band covers and upbeat takes of traditional Jewish music, they definitely earned their keep with a full day’s work.

More info about Jerry’s Kosher Deli can be found here.