At times you can smell success. You can’t explain it but a certain intuition takes hold. I can feel the New York City band Parquets Courts on the edge of a hit single or a spot in a popular Netflix show that’ll blossom into fame. That or their following will just keep multiplying. Their latest record “Human Performance” is their third album but the first with Rough Trade Records (The Strokes, Sufjan Stevens, Arcade Fire). It’s their most diverse release with plenty of wordy songs through the eyes of singer Andrew Savage. It’s an odd record with songs dedicated to dust (“Dust”), claustrophobic rhythms (“I Was Just Here”), breakups (“Human Performance”), and sobering tales of NYC life (“Two Dead Cops”). 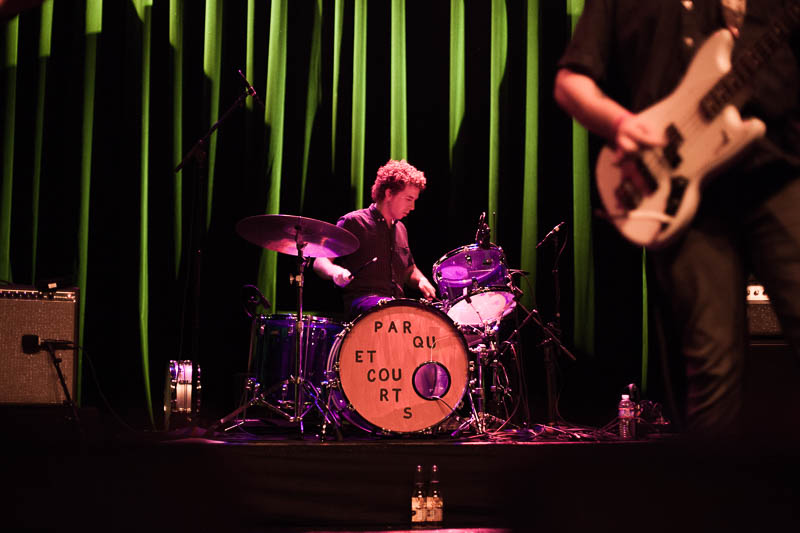 At the Regency Ballroom, Parquet Courts with The World opening(Girl Band cancelled last minute) offered fast, noisy tunes to kick off the start of the week. The World offered up similar music to make it a consistent night for fan pleasing. 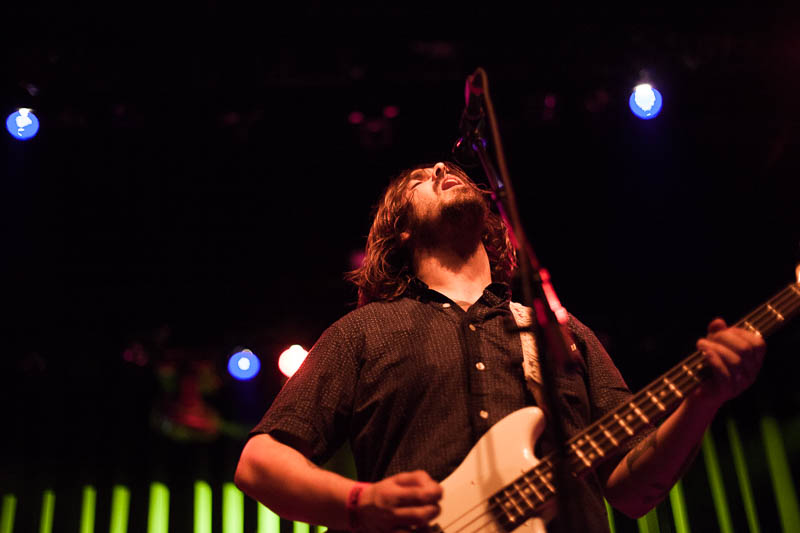 Parquet Courts played “Human Performance” in its entirety (minus four songs) with plenty of highlights from past releases. The band warmed up the crowed with “Ducking and Dodging” off “Sunbathing Animal” immediately followed up by the cartoonish “Dust.” Parquet Courts is often labeled as “punk” and some of their songs can be called that; however tracks like the sweet “Ramona” or the lazy “N Dakota” and the introspective “Steady On My Mind” balanced their set. 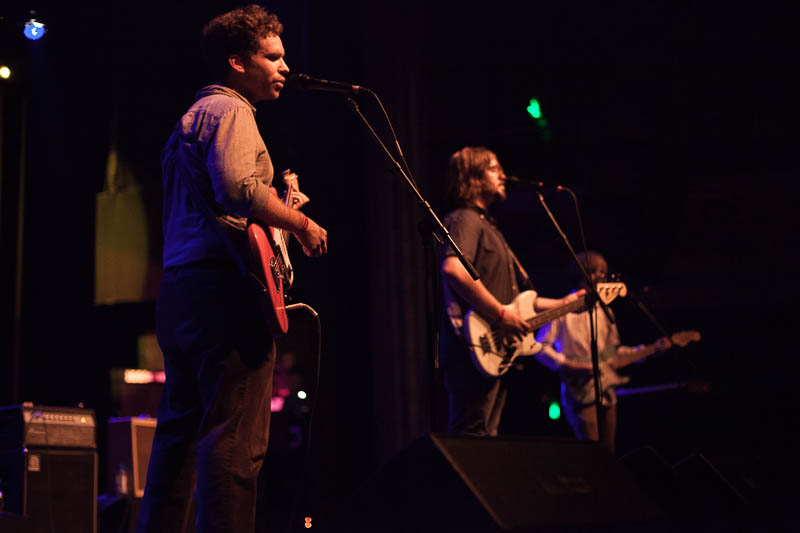 By the end, the band had saved some room for their most bustling, punky rhythms like the one-two punch of “Master Of My Craft” and “Borrowed Time” off their debut “Light Up Gold.” The band was hitting the crowd with a barrage of their most moshable songs like “Yr No Stoner,” “Content Nausea,” “Light Up Gold II,” and “Sunbathing Animal.” 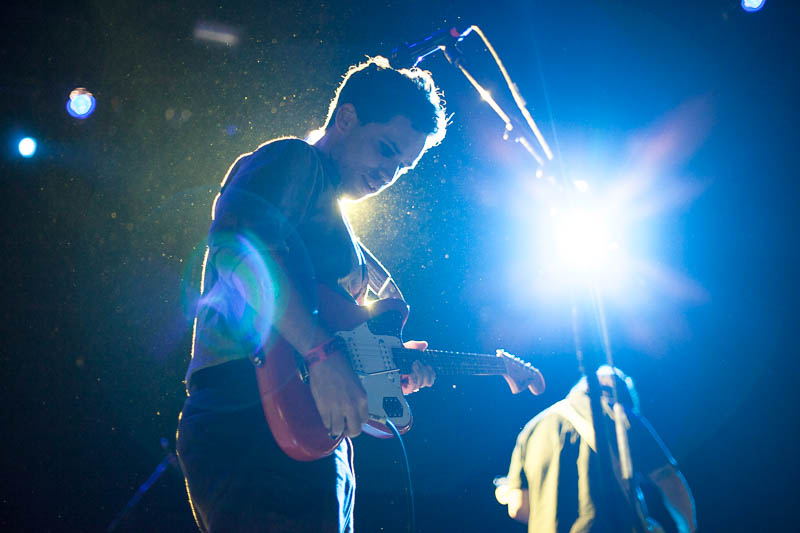 There was some banter on stage. Parquet Courts jokingly brought up The Warriors’ NBA finals loss to a booing crowd. Some thought they were joking, some thought not, but it was hard to tell. People began chanting “Warriors” and guitarist Austin Brown said “You should all be crying while you say that.”

The World was the first to go on. They were a five piece group of indie rockers that sounded like a calmer version of the band X-Ray Spex.

They ran through an extended version of their setlist due to the absence of Girl Band. As this is being written the reason for their cancellation is unknown. So with some time to kill, The World unleashed some of their older songs. The group fumbled with only one song supposedly unearthed after months of not practicing it. They brushed it off and continued on to the next song. They did well considering the unexpected turn of the events.

Setlist: Ducking & Dodging | Dust | Paraphrased | I Was Just Here | What Color Is Blood | One Man No City | Captive of the Sun | Dear Ramona | Pathos Prairie | N Dakota | Steady on My Mind | Master of My Craft | Borrowed Time | Donuts Only | Berlin Got Blurry | Yr No Stoner | Outside | Human Performance | Content Nausea | Light Up Gold II | Sunbathing Animal