At precisely 9:00 p.m, the screens that illuminated the stage at the Oracle Arena displayed the countdown. 5, 4, 3, 2, 1… and Panic! at the Disco, led by Brendon Urie, were greeted on stage by the screams of the sold-out crowd. 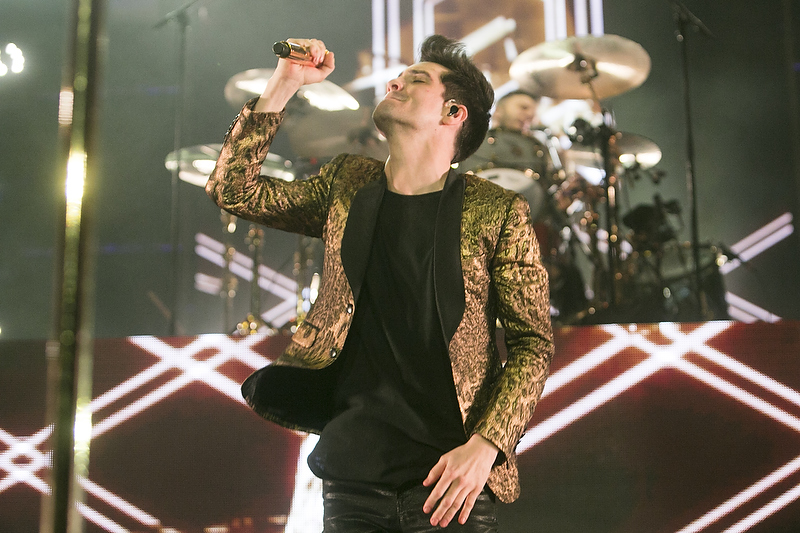 The band is currently on an arena tour promoting their fifth album Death of a Bachelor, an album that was written and produced by Urie, inspired by his wife Sarah and their life together in LA. 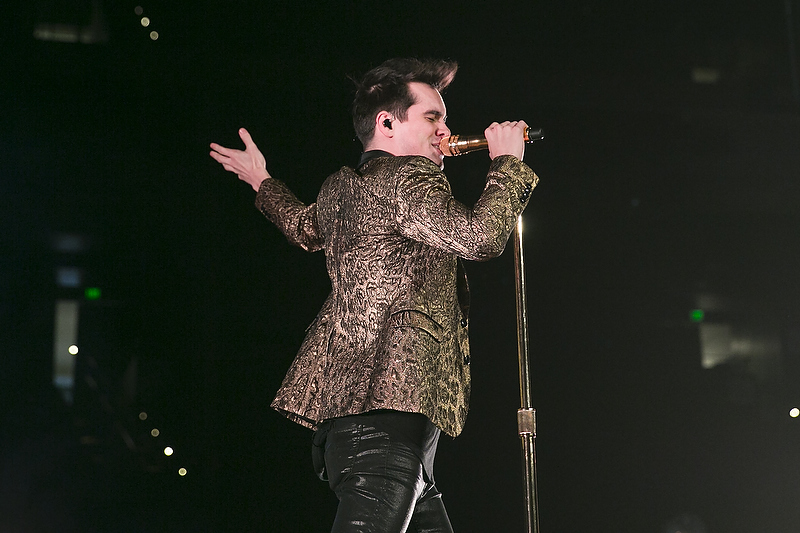 Panic! at the Disco’s appeal has not diminished, and the screaming teenage fans at the Oracle Arena in Oakland proved that. A rather young, but certainly energetic crowd sang along to the entire 22 song repertoire, which included a cover of Billy Joel’s “Movin’ Out (Anthony’s Song),” and Queens “Bohemian Rhapsody,” released on the soundtrack for the movie Suicide Squad. 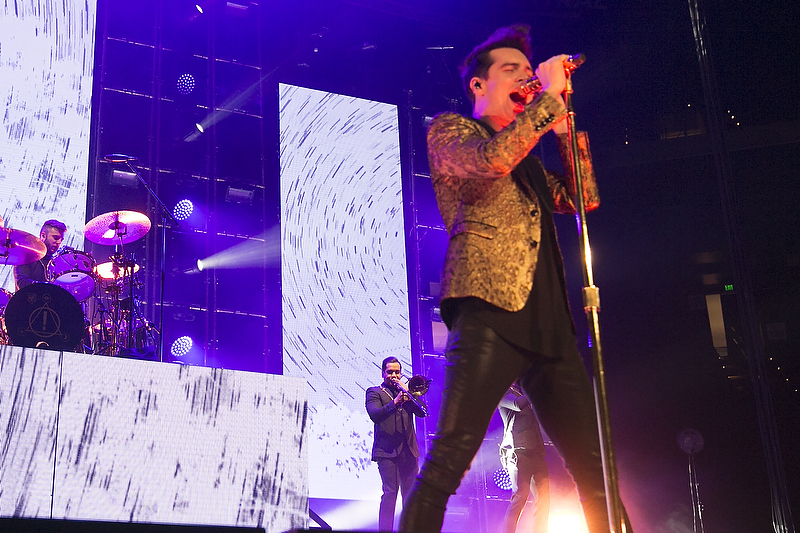 The Las Vegas band has gone through significant changes since their 2005 debut album A Fever You Can’t Sweat Out. There have been many changes within the band members. However, Urie’s dedication to continuing making music reflects in this fifth studio album and their successful arena tour. 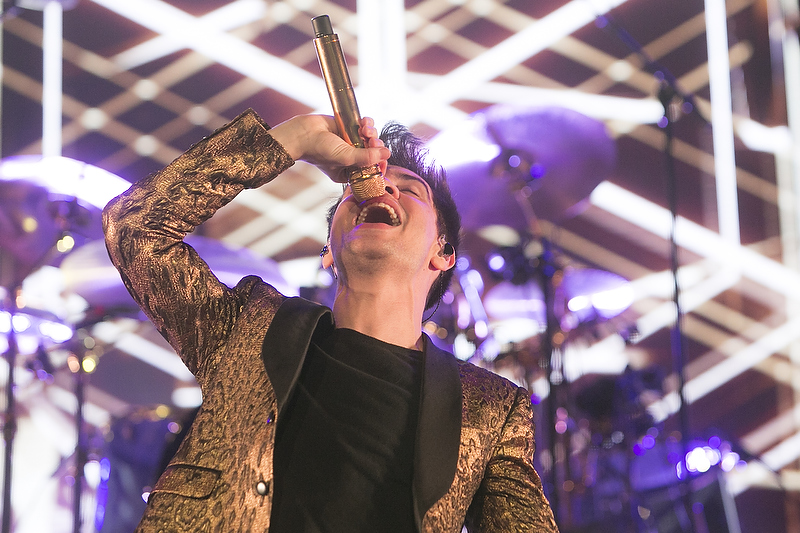 It is quite a task to fulfill the demanding expectations of an arena tour, and Panic! At the Disco managed quite the theatrical production for this venture. A full band, giant screens on each side of the stage, and a second small stage by the soundboard. A piano emerged from the middle of the stage where Urie played “Nine in the Afternoon,” unequivocally a fan favorite. 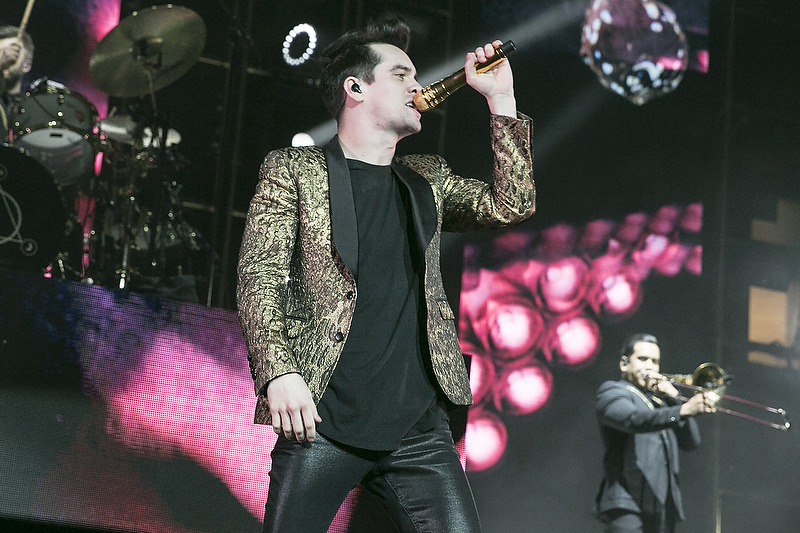 Halfway through the set, there was a dramatic transition shown on the screens, where Urie could be seen walking backstage and suddenly getting kidnapped by a hooded creature. This was the perfect transition for Brendon Urie to make his way to the smaller stage where he performed “This is Gospel” accompanied by just a piano. 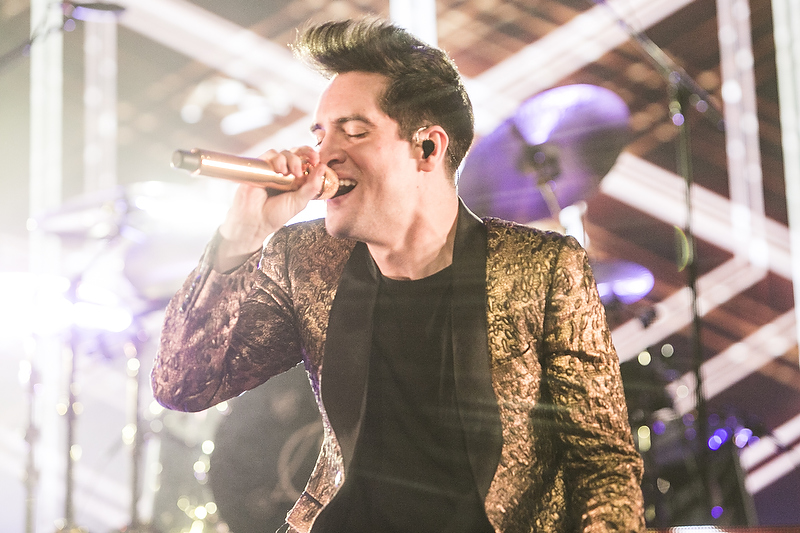 Other notable moments from the show: Urie’s drum solo Bruno Mars’ “24K Magic” and Rihanna’s “Bitch Better Have My Money.” Also, the moment when hundreds of thousands of different colors hearts lighted up the arena, “you inspire me… know this, you’re going to change things…” said Urie to concertgoers. 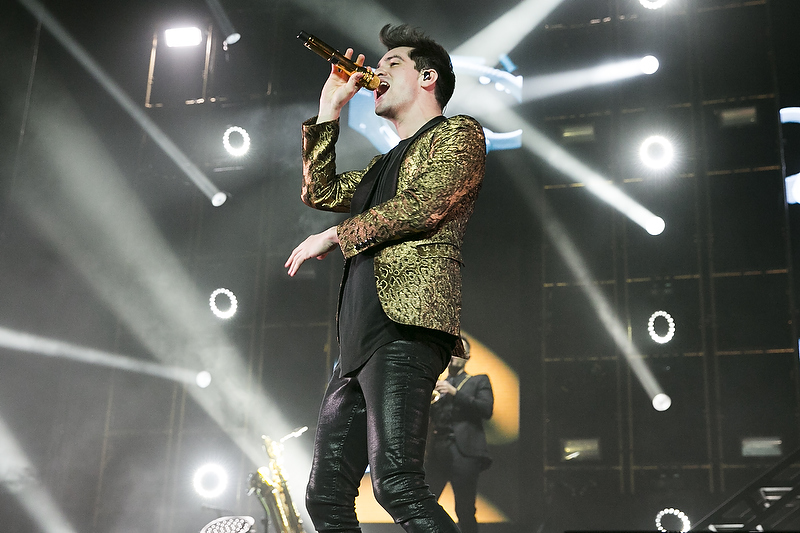 Setlist: Don’t Threaten Me with a Good Time | LA Devotee | Ready to Go (Get Me Out of My Mind) | Golden Days | Vegas Lights | The Only Difference Between Martyrdom and Suicide Is Press Coverage / Camisado / But It’s Better If You Do | Hallelujah | Nine in the Afternoon | Miss Jackson | This Is Gospel | Death of a Bachelor | The Ballad of Mona Lisa | Movin’ Out (Anthony’s Song) (Billy Joel cover) | Emperor’s New Clothes | Nicotine | Crazy=Genius | Let’s Kill Tonight | 24K Magic / Bitch Better Have My Money | Girls/Girls/Boys | Bohemian Rhapsody (Queen cover) | I Write Sins Not Tragedies | Victorious

For more information on Panic! At the Disco, check out their website.