All photos by Jil Gerstenberger.

Otis Taylor put on a brilliant performance at Biscuits and Blues recently with some of the most compelling blues music we’ve heard in years. If the line down the block was any indication, there was an electric buzz in the air that people going to see something special which was made even stronger when the crowd from the earlier sold out dinner show was trying to buy tickets to see the performance again. Taylor, who was born in Chicago, Illinois in 1948, is a multi-instrumentalist who sings, plays guitar, banjo, mandolin, and harmonica. Taylor’s self-proclaimed musical style is something he calls “trance blues,” with a repetitive, moody, dark groove. The poetic lyrics center on the harsh realities of life and especially issues around the black community. His songwriting style manages to be inspired by the old great blues artists like Robert Johnson and Howlin’ Wolf while still creating something new and unique with added musical flavors of bluegrass, Latin jazz, and rock to the mix. 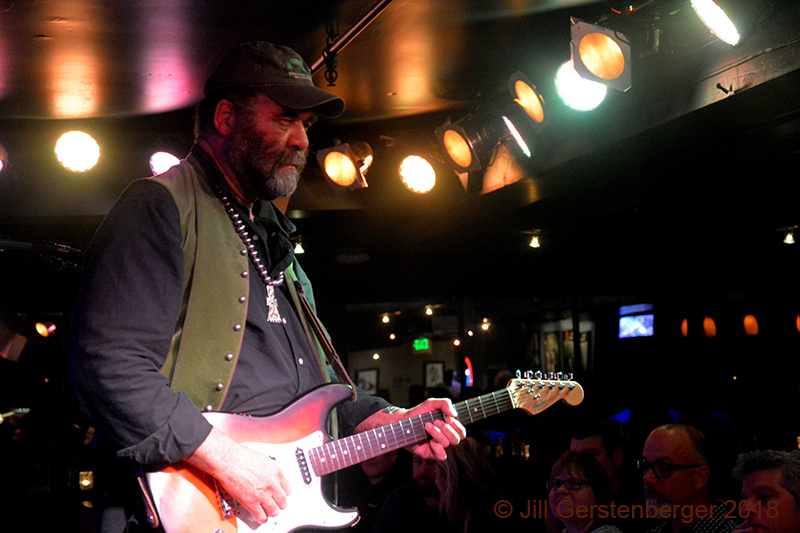 Taylor’s band comprised a group of extremely talented musicians, with drummer Larry Thompson, who has played with John Mayal, John Lee Hooker and Elvin Bishop, bassist Todd Edmunds who played with Jason Ricci & New Blood, and the phenomenal fiddle player Anne Harris who is as gorgeous as she is talented. 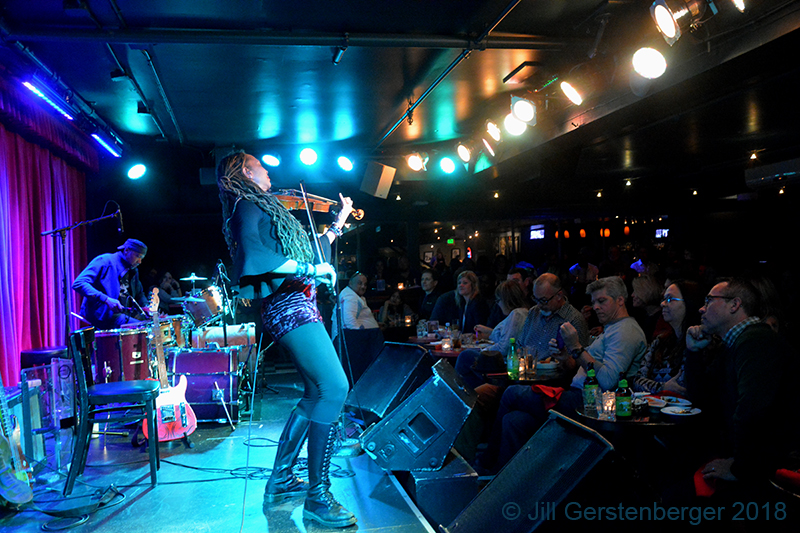 Biscuits and Blues was a great setting to see this band as the club is small and intimate with seated tables that all had a great view. There is a restaurant onsite so occasionally the smell of fried chicken and biscuits and gravy would waft through the air during the set. The band started the performance with Anne doing a solo fiddle intro that went into sexy and powerful version of “Nasty Letter”. Taylor’s guitar style sounds a little like he is playing the banjo and it has a plucky and twangy feel. His voice is low and monotone his appearance unassuming and friendly, which is an interesting dichotomy to his dark lyrics about murder, racism and redemption. 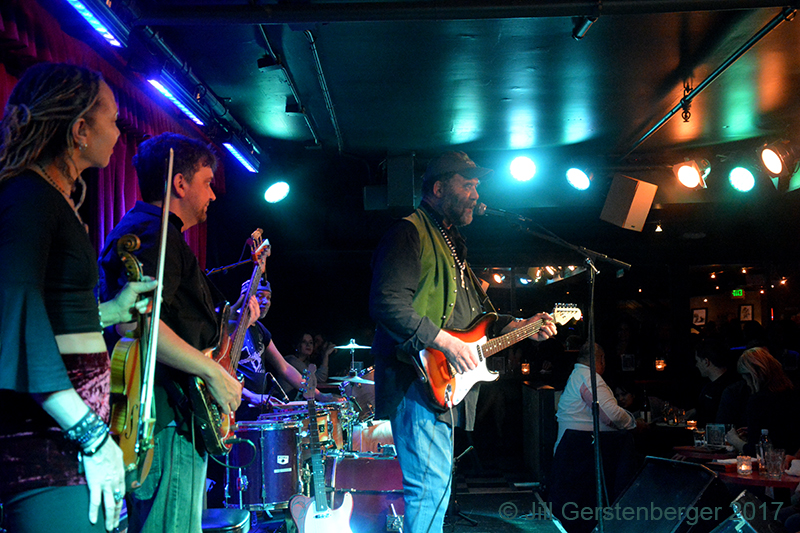 The band then went in to “Live Your Life before You Die,” which was made more moving by Anne’s soulful fiddle playing which made you want to weep. A highlight of the show was “Ten Million Slaves,” a song that was used in the FX television series Justified. In between songs, Anne would play short solo fiddle numbers of traditional songs like “Amazing Grace” and “Go Tell It on the Mountain,” which made the crowd go wild. 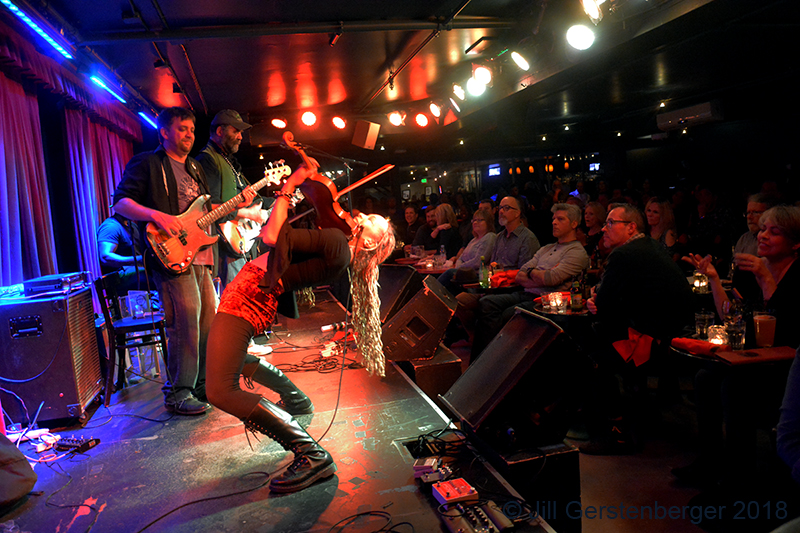 The second half of the set became more uplifting and spirited with songs were more rock-influenced. The band did a fantastic version of their signature number, the almost-traditional “Hey Joe,” with a bluesy and bluegrass feel. Taylor busted out the harmonica for a great rendition of the Bill Haley classic, ‘Hambone,” that included a call and response with the crowd and a drum solo with two drummers. The band finished off the set with a hard rocking version of Led Zeppelin’s, “Kashmir,” with the fiddle doing the guitar parts which then segued into the Richie Havens tune, “Freedom.” The band was really lively at this point with Anne doing back bends with her fiddle while the crowd was now on their feet. 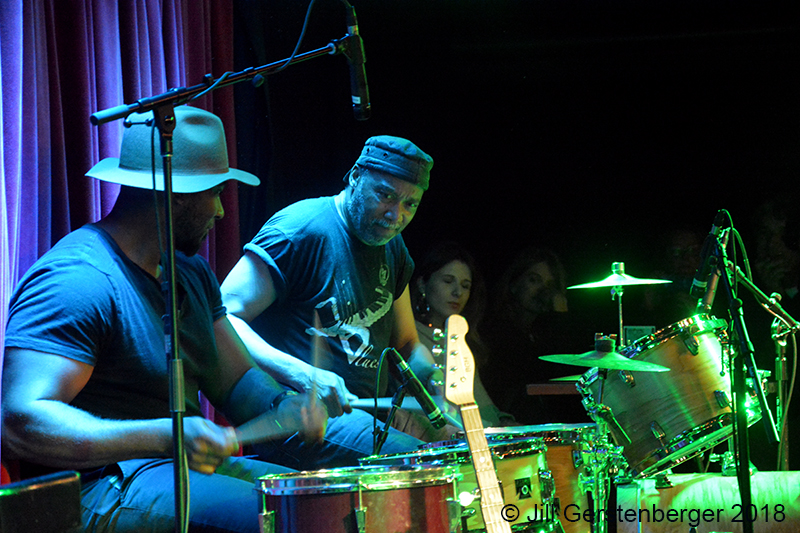 At the end of the show Taylor humbly grabbed a box of his CDs from the side of the stage and began selling them from a side table while greeting the crowd. It was a great evening of blues music and the crowd was talking about how fantastic the performance was while they were leaving. We’re still reeling about what an inspiring show it was and we’re hoping to catch Otis again when he comes in to town.