The considerate gift to observe OM was presented at The August Hall, a recently revamped historic music venue in downtown San Francisco. To see OM live isn’t quite just some entertainment on a Tuesday night but an extremely beneficial opportunity to partake on a unique musical experience with the sound healing and mystical guidance from bassist Al Cisneros, also of Bay Area band Sleep. 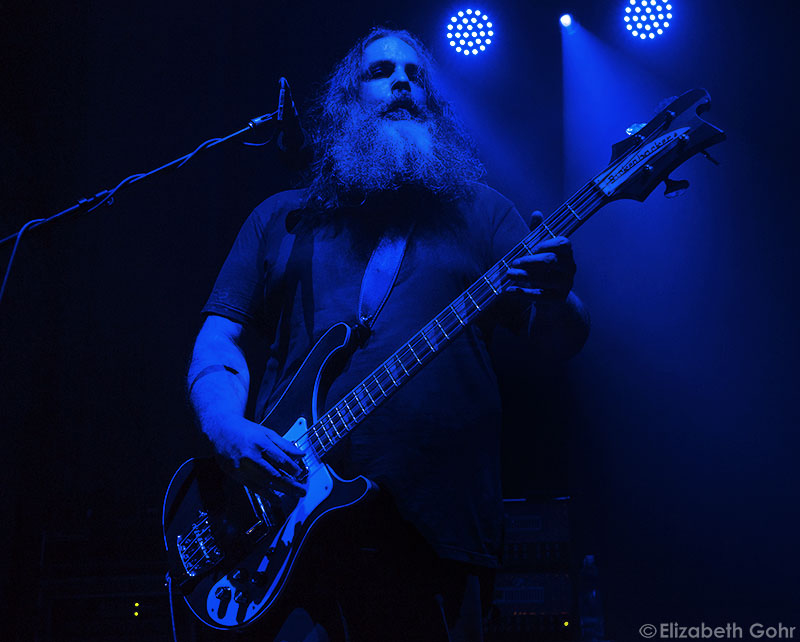 When the doom titans stepped away from Sleep in the late 90s, the members left no stone unturned and the formation of such essential side projects took place. Cisneros and the original drummer from Sleep, Chris Hakius, initially formed OM in 2003 with the core fundamentals of bass and drums possessing the ability to summon colossal rhythmic collisions from beyond and infused with the inspiration and gathered knowledge from Eastern philosophies and theologies. 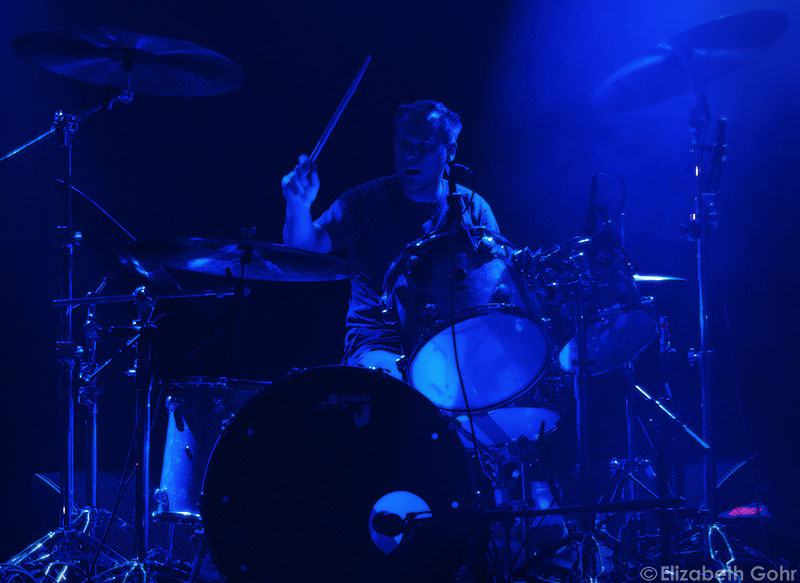 After Hakius’ decision to retire altogether, Grails’ drummer Emil Amos was recruited and provided a complementary energy, radiating a unifying light that sanctified OM to its ultimate potential. Having bestowed five studio albums with an array of instruments integral to the layers of composition, OM tours as a trio with Tyler Trotter behind the controls of the Mellotron synthesizer enhanced with numerous effect pedals and adding touches of the tambourine and subtle guitar chords to further complete this sonic odyssey. 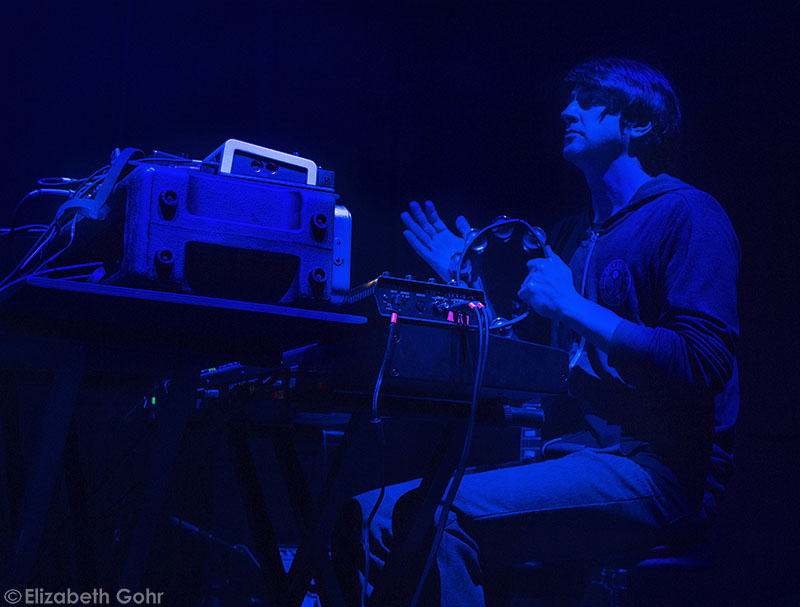 The aura was illuminated in a saturated blue light, essential in calming the mind into a state of relaxation and peace. After a gentle bass intro to warm up the sound waves of this journey, the familiar twang of the tambura crept in to ease minds into a more meditative sensation for the song “Gethsemane.” The gradual build already bears the intense beauty of all that is to follow, as the intricate combination of patterns paired with the deeply fervent sound of the cello emitted through the synth conjures emulation of elevation, a necessary propellant for the flight of transcendental ascension. 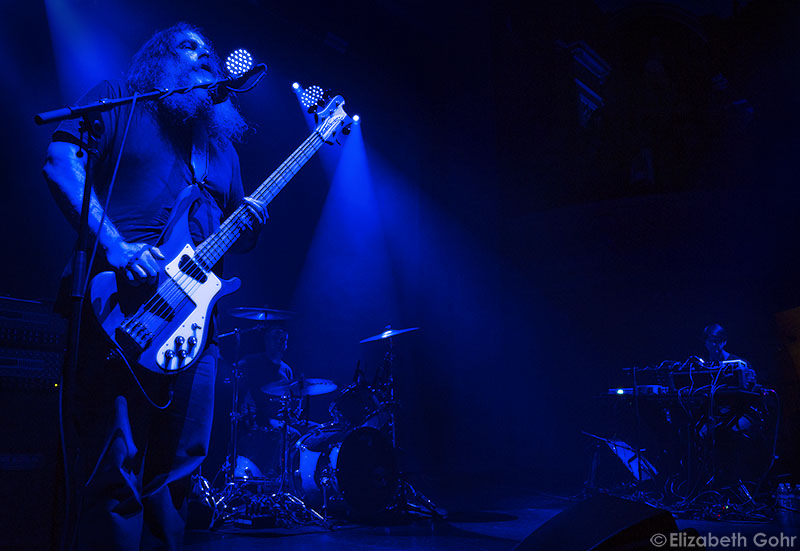 The vehemence flourishes with “State of Non-Return” as a steady pulse detonates into the aggressive riffage from Cisneros on the five-string Rickenbacker and reverberates an abundance of distorted vibrations amongst esoteric words of wisdom. Amos rolls in the snare and strikes the cymbals with such ferocity and precision as if an ocean wave came crashing down upon your head with the creative fills of swirling toms roll back the water to attack again so heavy it crushes skulls along the way. 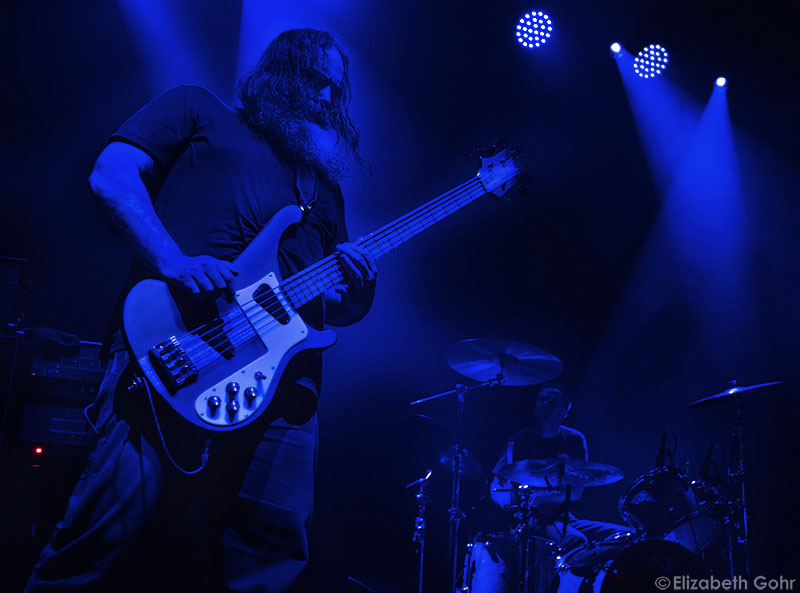 After a gospel chant track intro to “Sinai,’ the rumble of the bass emerges with such power that it evokes an omnipotent echo coming down from a monolithic peak to rattle your bones. The reassuring resonance of the cello emanated by Trotter through the Mellotron pioneers the passage to liberation, acting as a useful tool to attune to the higher self and simulating a pure celestial soundtrack to enlightenment. 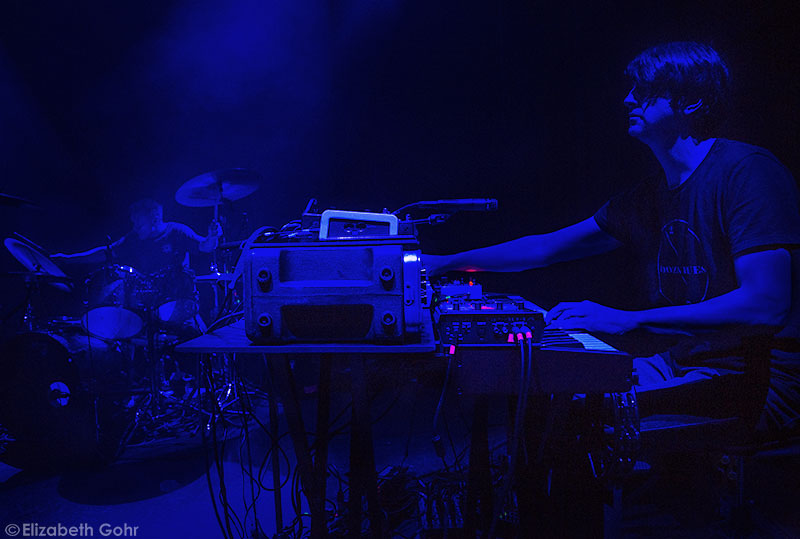 The voyage traversed into songs off the album God is Good, with the instrumental movements of “Cremation Ghat” functioning as a catalyst for higher consciousness exploration to take place. The contemplative structure acts as a wordless prayer, with the harmonious sounds conveying healing, soothing the soul through the language of the music and transcribing the message straight to the heart. “Meditation is the Practice of Death” draws upon darker tones of primordial hymns with burgeoning strength from the uprising melody of the flute played on the synth. The tambura returns to navigate the ride for “Thebes,” as the delicate groove of the bass backed with graceful drum fills paves a progressive rapid hypnosis into the electric current of head banging bliss. 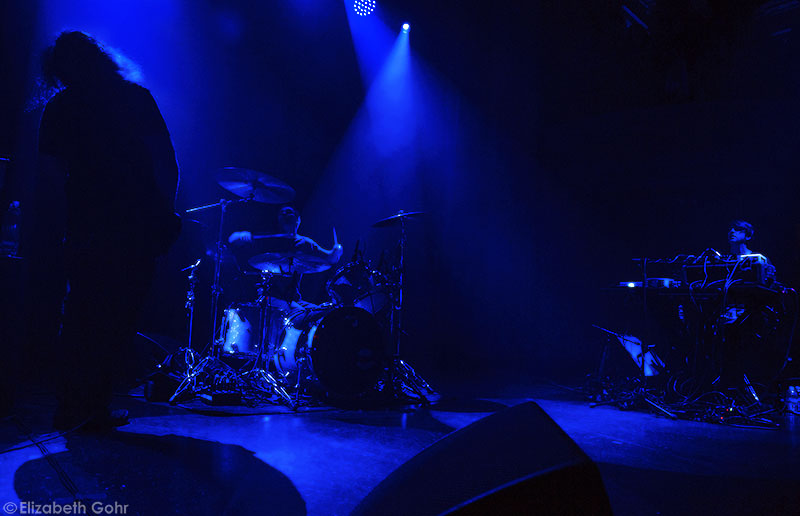 The culmination of the night arose with “Bhima’s Theme,” starting with an upbeat nod slowing down to a solemnly paced trudge with strategic pauses to soak in the ample bass frequencies and cryptically poetic lyrics. From such a tranquil state then erupts a dynamic change in volume with boisterous cymbal crashes for a quick reemergence back to reality. The song fades back to serenity, helping to resurface the crowd from oblivion and further justifying how OM genuinely reflects the true essence of their name, the natural vibration of the universe.

Opening the show was Tunsian singer Emel Mathlouthi based out of New York and best known for her protest songs that resulted in her being banned on the radio in her home country at the start of her career. Mathlouthi produced beautifully strong vocals beaming with such passion and backed with electronic drum beats and tom fills from Avishai Rosen, and with Alan Markley behind the keyboard. Her ability to hold notes for an extended amount of time while flowing into other octaves was enough to send chills up the spine and outpoured such raw heartfelt emotion. The moving melodies enabled Mathlouthi’s voice to dominate the tone and complimented her energy of undiluted devotion to her music.