“We need to embrace this jewel of the Bay Area!” Those were the words from Primus bassist/vocalist Les Claypool to describe the fantastic Berkeley Greek Theater, the venue at which Primus unfurled a mind bending set bridging the past to the future. Those words could easily be used to refer to the band itself, as Primus is a true Bay Area treasure. 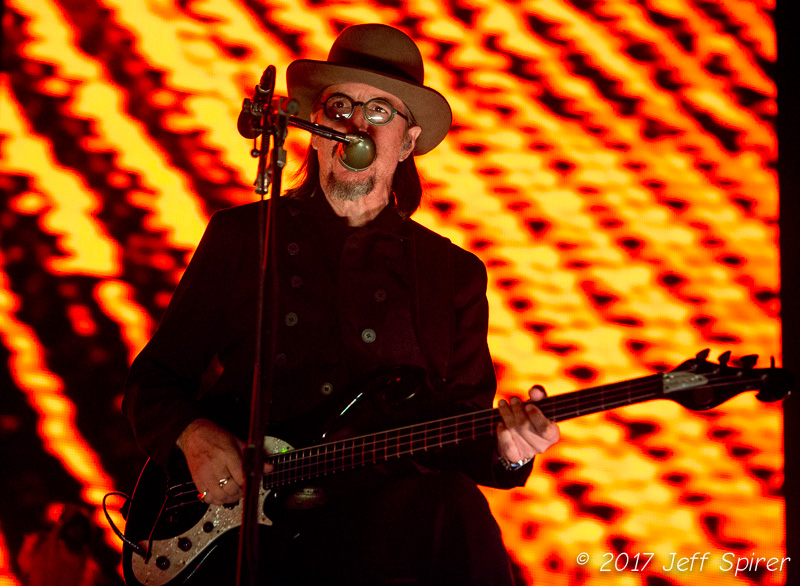 Charging out the East Bay underground in the mid-80s with an unbridled sound fusing funk, metal, and prog rock, and mixing it with a circus-like sensibility, Primus took the Bay by storm. Its quirky/nerdy style was a refreshing alternative to the burgeoning thrash scene, and Primus was soon regularly selling out local clubs like the Berkeley Square, the I-Beam, and the Stone. 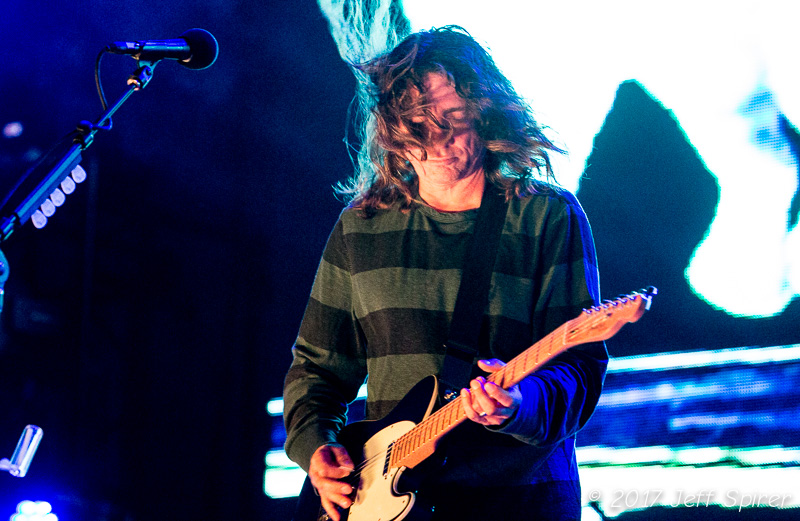 As their fan base grew, the band (with its core lineup settled as guitarist ‘Ler’ LaLonde and drummer ‘Herb’ Alexander alongside Claypool) started its ascent as a global phenomenon…all behind the familiar rally cry ‘Primus sucks!!”. This was the ultimate compliment, and underscored the band’s ‘anti-popular’ popularity. The fervor around the band, and the rally cry still carries on to the current day, and this was fully on display at the Greek. 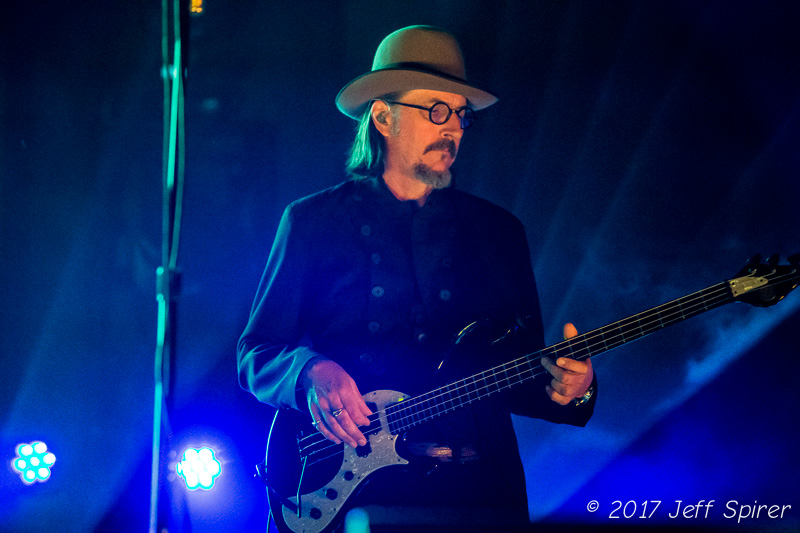 With the sun setting, the crowd pushed toward the stage and the “Primus sucks!” chant swelled. Immediately the huge screens onstage awoke with the visual of an elephant bouncing on a trampoline played over a backdrop of psychedelic swirls. Primus jumped into its opener ‘Southbound Pachyderm’ (Tales From the Punchbowl – 1995), and the hallucination was ‘on,’ elevated by thick clouds of pot smoke. 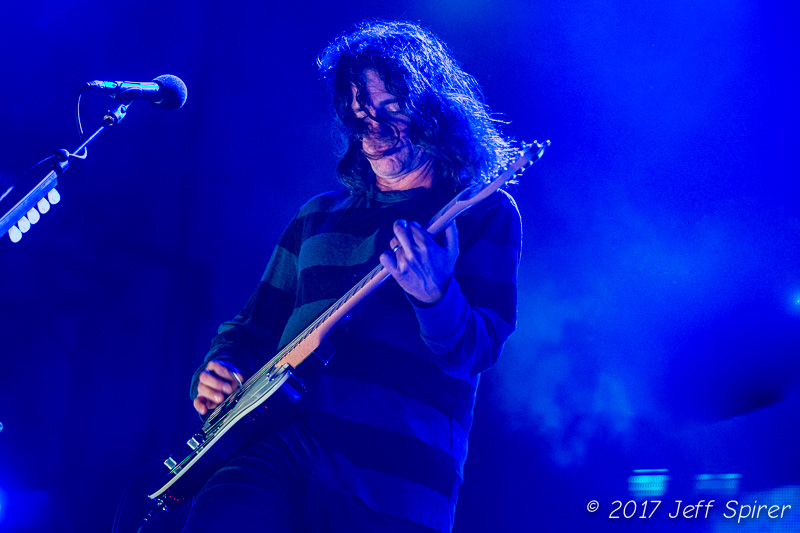 With Claypool out front in his full cartoon character plumage, he plucked and strummed his bass like only he can, all the while delivering his insane, monotone, staccato storyteller vocals. Next to him was LaLonde with his long locks being blown by a nearby fan, layering in his meandering, technically precise leads. And facilitating the Primus musical madness from behind the kit was the frenetic drum roll of Alexander who is the glue that holds the beast together as it leaves earth. 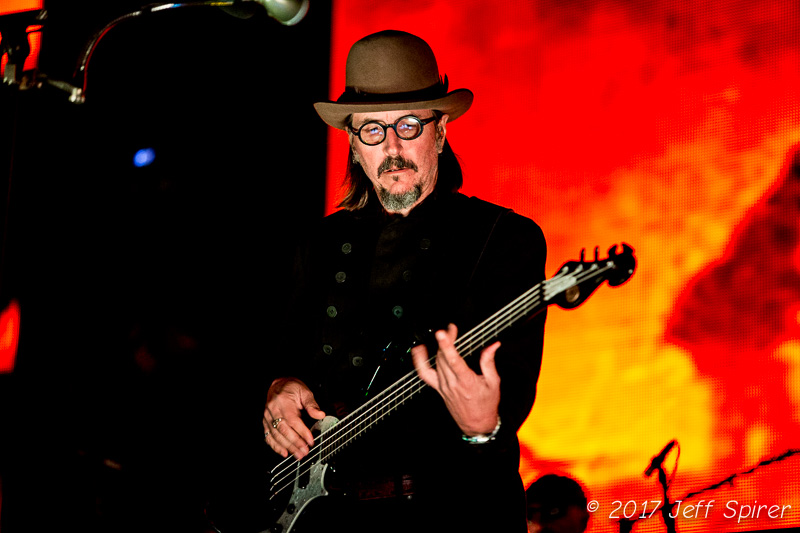 The set was typical Primus….a master class of astounding eruptions of syncopated music, all wrapped in a psychedelic head trip….and what a trip it was. The crowd was transported back in time to the halcyon days of Frizzle Fry (1990) to re-visit ‘Too Many Puppies’ with its overt military reference, and ‘The Toys Winding Down’ driven by Claypool’s bubbling bass lines. 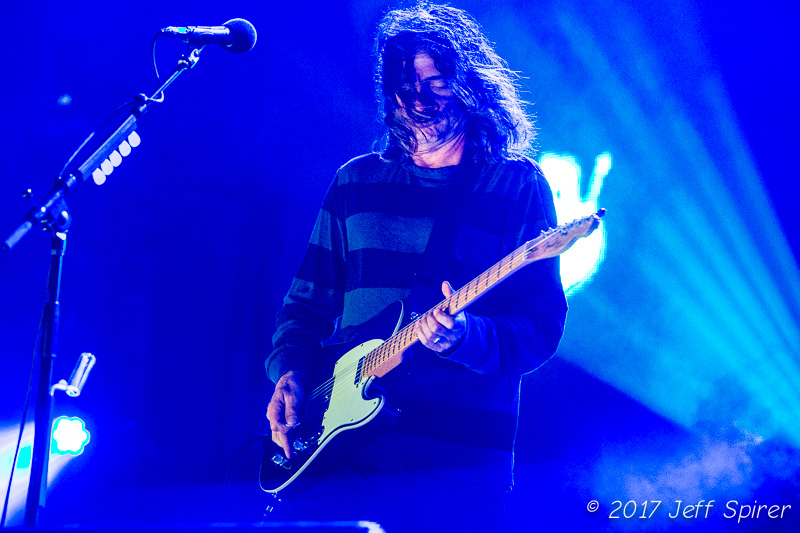 We were dropped into the mid-nineties zone to take a deep swig of Primus at the height of their alternative-rock success courtesy of ‘Wynona’s Big Brown Beaver’ (Punchbowl) and ‘My Name is Mud’ (Pork Soda – 1993), which sent the trip into hyper-drive highlighted by a strange pit of fans bouncing with eyes closed and smiling faces…more like a happy circle of freaks on pogo sticks. 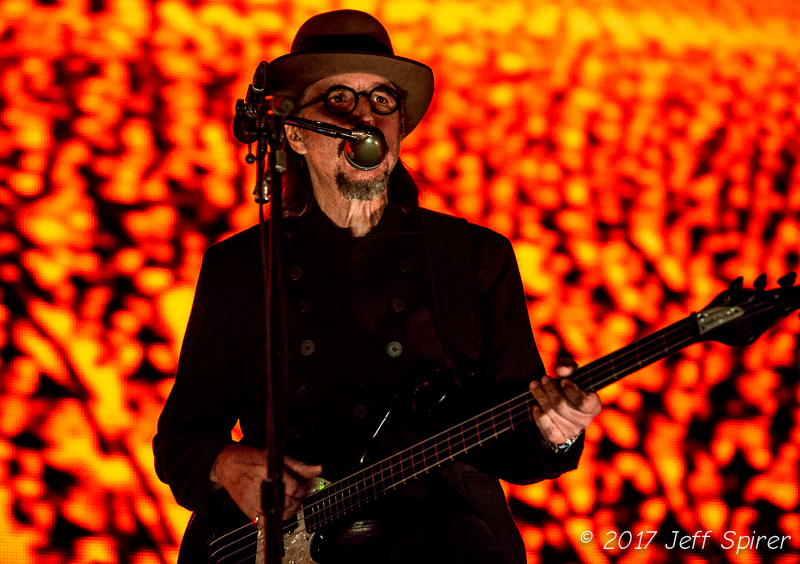 We even got a glimpse into the future as Claypool introduced…“some new shit, the ultimate in goblin rock!!,” as the band rolled into ‘The Seven’ from the forthcoming release The Desaturating Seven, due to drop September 29. If this look into the future through the Primus crystal ball is indicative of the entire album, we are all in for a treat of Zappa-like psychosis in an angular package that may have been fabricated by Rush in their factory at ‘La Villa Strangiato’.

Opening for Primus was the fabulous muscle machine known as Clutch. Serving up the goods from all across their catalog, the Maryland band satisfied the sea of bearded, flannel wearing fans with their brand of chromed out heaviness.

From the opener ‘Crucial Velocity’ (Earth Rocker – 2013) through the molten rockers from of their latest offering Psychic Warfare (2015), vocalist-guitarist-etc. Neil Fallon and crew ripped through a 16-song set like a new pack of smokes during an all-night drinking binge.

Highlights of the Clutch set included the deep colors of ‘Sucker For the Witch,’ the juggernaut trippy roll of ‘Earth Rocker’ (featuring a guest appearance by Claypool), and the incendiary closer ‘X-Ray Visions.’ Clutch is a tour de force on their own and Fallon lets you know it every step of the way, and the pairing with Primus proved to be an absurdly provocative mix that delivered a heavy syrup of intoxicating rock….it’s pudding time.

Find out more about Clutch here.