“Partying isn’t an action. It’s a state of mind.” 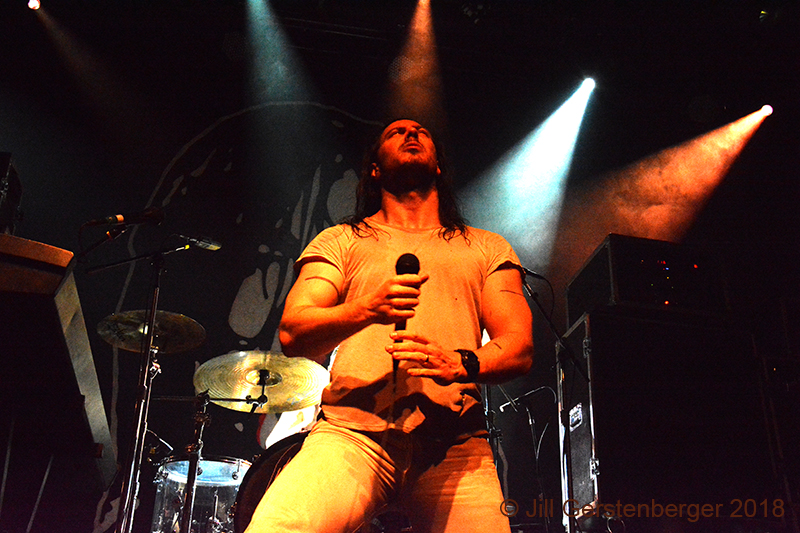 It’s one of many spiritual bombs Andrew W.K. dropped on fans at The Fillmore recently. A pumped-up crowd began to shout as “The Power of Partying” started to play overhead — the sounds lured W.K. diehards closer to the stage, as if they were boarding the partiest spacecraft in all the galaxy. 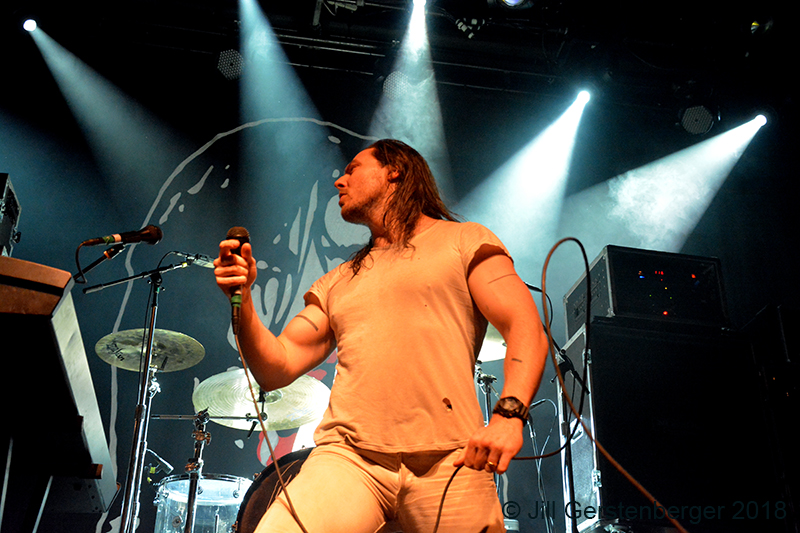 A giant, illuminated, bloody image of W.K. hovered over the drumkit — the iconic I Get Wet album cover is cause for many urban legends but actually pokes fun at the singer’s relentless nosebleeds to exuberant nose-picking as a kid. The crowd cheered when band members ran onstage — one by one — but the legendary venue erupted when W.K., in all his party glory, greeted the room center-stage. He smiled widely, hammered down on his keyboard, and vigorously windmill-punched to the beat of new track, “Music is Worth Living For.” 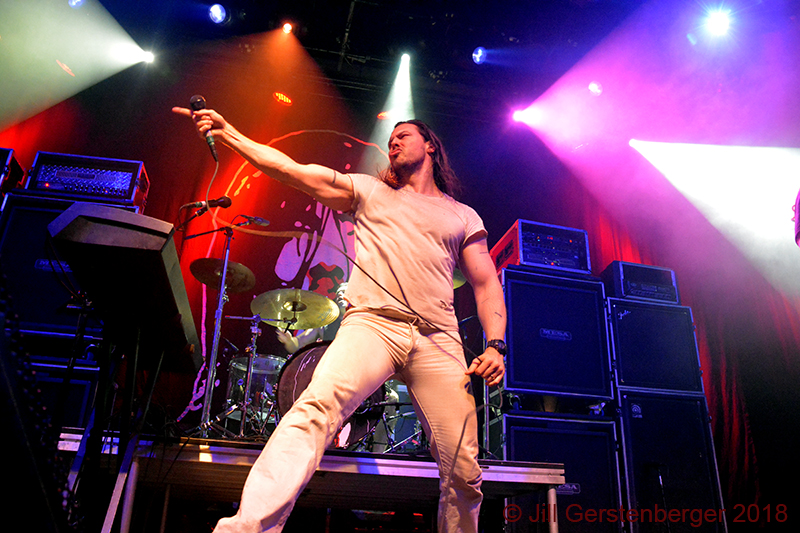 People love W.K. because he’s an animated, inspirational party guru. He gives you permission to let go and love yourself. He believes in the power of positive partying, and his live shows are totally one-of-a-kind. They’re powerful and packed with uninhibited madness. 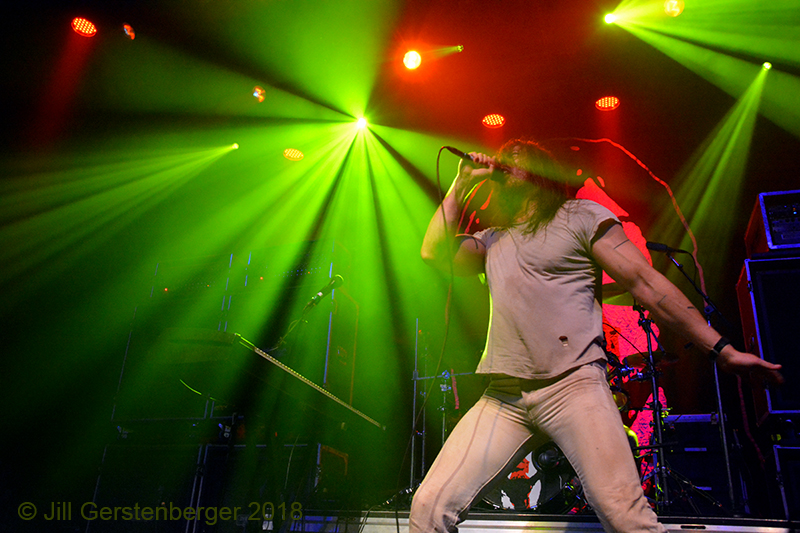 Sometimes W.K. paused to talk to fans, challenging them to “take all your fears and throw them into the abyss!” Dressed in his signature white jeans and worn white tee, he shoved his mic down his pants and slam-danced. His long dark hair swirled in circles, his eyes were wide, and his smile beamed. His uninhibited vigor allowed everyone to care less and have one hell of a good time. 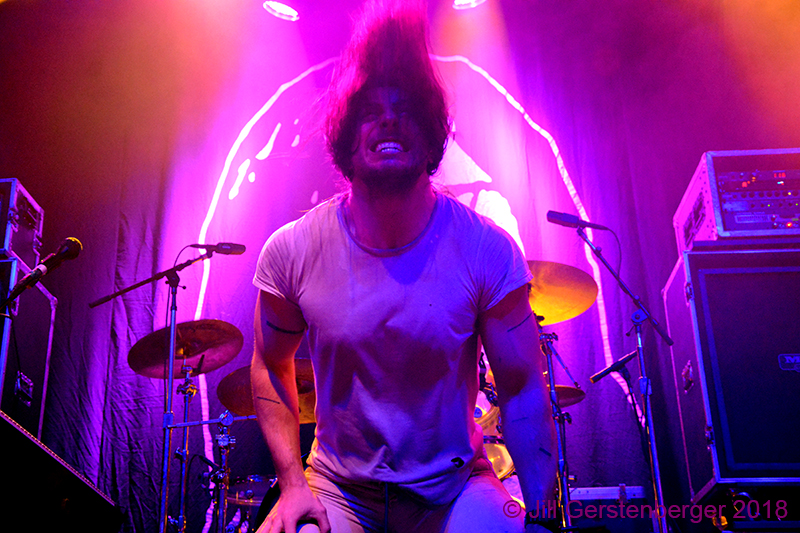 After a few new songs off his 2017 record You’re Not Alone, the floor opened up and a sea of dancing, headbanging fans sang along to 2001 hits “Take It Off” and “Ready to Die.” Everywhere you looked people were smiling, even cackling with joy. A tall, stoic, bald man stood and watched near the sound booth. He didn’t sway or dance. And he was alone. But by the end of the set, his boisterous laugh filled the back of the room. 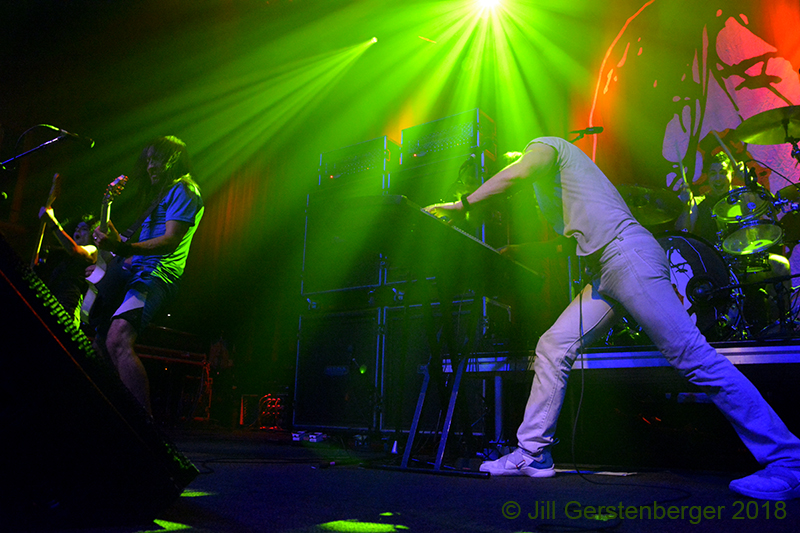 W.K. makes people feel good. But he doesn’t do it alone. He’s joined onstage by drummer Clark Dagger, who was propped high, center stage. Bassist Gregg Roberts balanced the power behind three guitarists — Erik Payne, Dave Pino, and Amanda Lepre. Andrew W.K. even busted out his taco guitar. Yes. A guitar shaped like one of his favorite party foods. 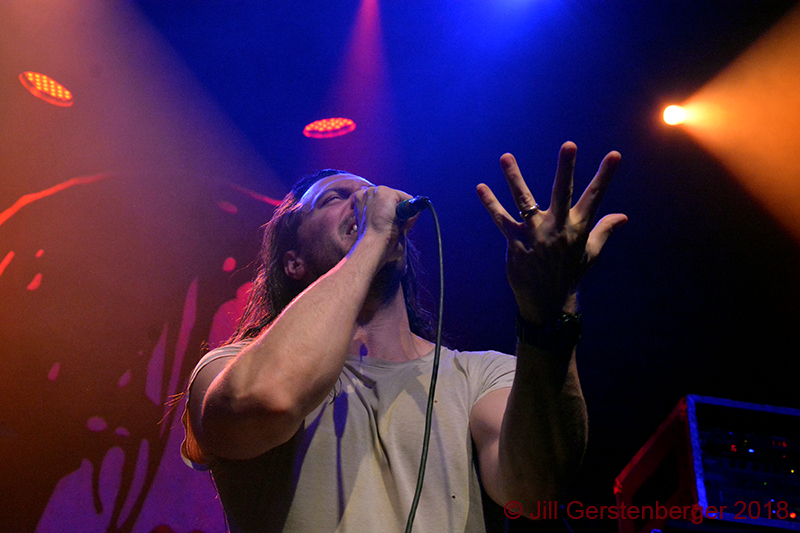 The party idol was born in California but raised in Michigan and began classical piano lessons at the age of four. By teenage-hood he played in Detroit punk and metal bands, including Pterodactyls and by age seventeen, he was recording his own music — a hybrid of metal, pop, and dance. 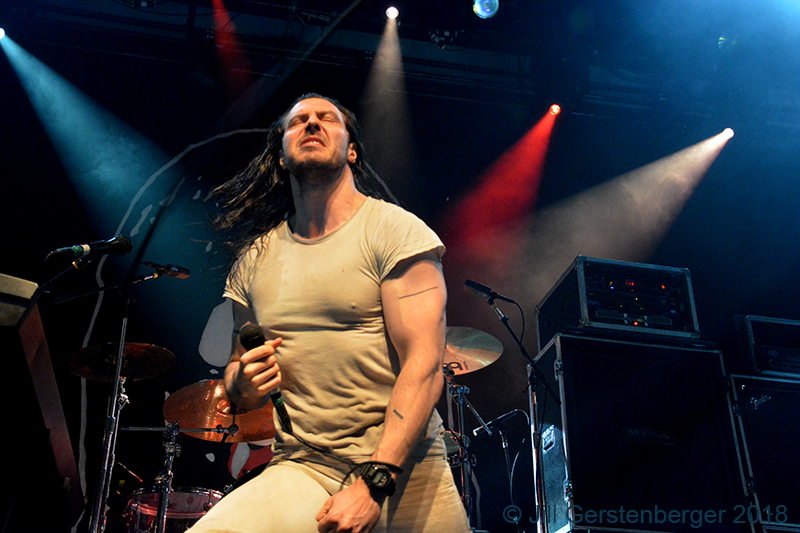 He caught his big break in the mid-90s after friends passed his demo tape (accompanied by a hand-written letter) to labels, including Bulb. One of those letters landed in the hands of Foo Fighters frontman Dave Grohl, who offered W.K. a slot opening for his band at The Fillmore. It was one of his first live performances — one he fondly reminisced about with the crowd that night. 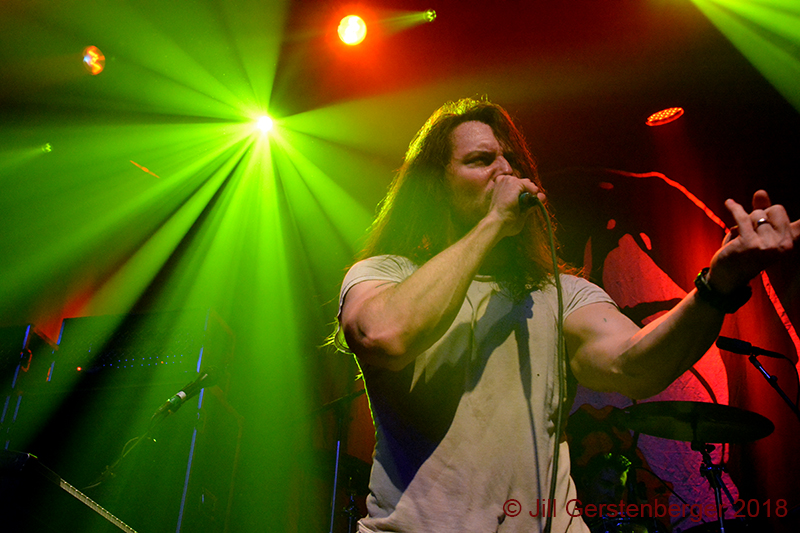 After gaining some buzz with 2000’s EPs Girls Own Juice and Party Til You Puke, he rose to fame with the debut of I Get Wet in 2001. His latest album is the first in 12 years. In that time he also became a household name due to his TV series Destroy Build Destroy, motivational speaking, and his (ad)VICE column, where he tackles subjects like sobriety, anger, growth, and the glory of tacos. 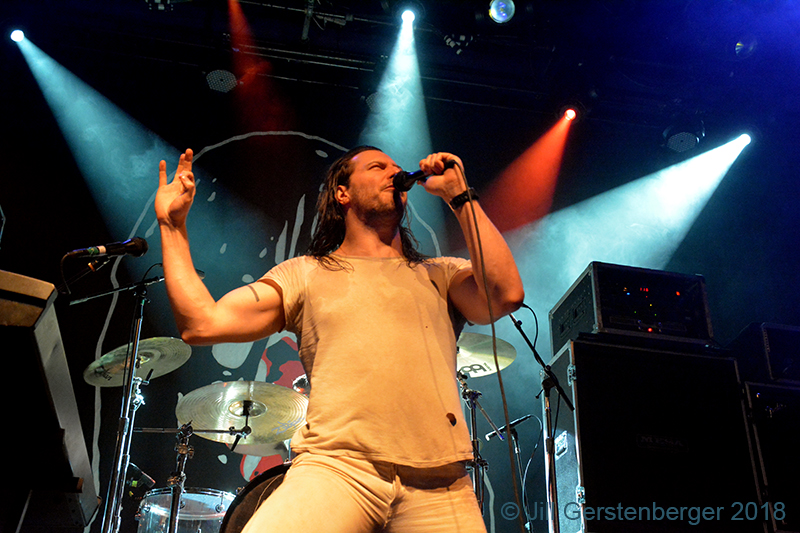 “[When you’re depressed] You feel like you don’t want to be. And then you feel bad for feeling that . . . It’s a truth that tells us that life is more beautiful and awe-inspiring than we can even contemplate — and, most amazing of all, that we are a very real part of it. It tells us that it’s all going to be OK. That you will be OK. That you already are. Never forget this. I love you. Stay strong.” — excerpt from an Andrew W.K. VICE column 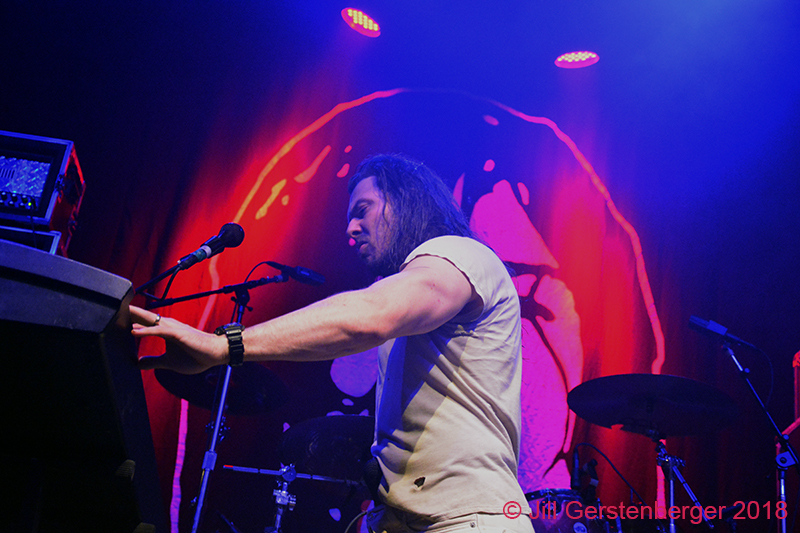 He writes tunes for everyone. For every struggle. Halfway through his SF set, the party guru yelled, “This is for every woman in the room tonight!” seconds before playing “She is Beautiful.” Women shrieked with joy and threw their hands in the air. The hysteria didn’t die for the rest of the night. He played lots of oldies like “You Will Remember Tonight” off 2005’s Masters of Horror and “Never Let Down” off 2003’s The Wolf. 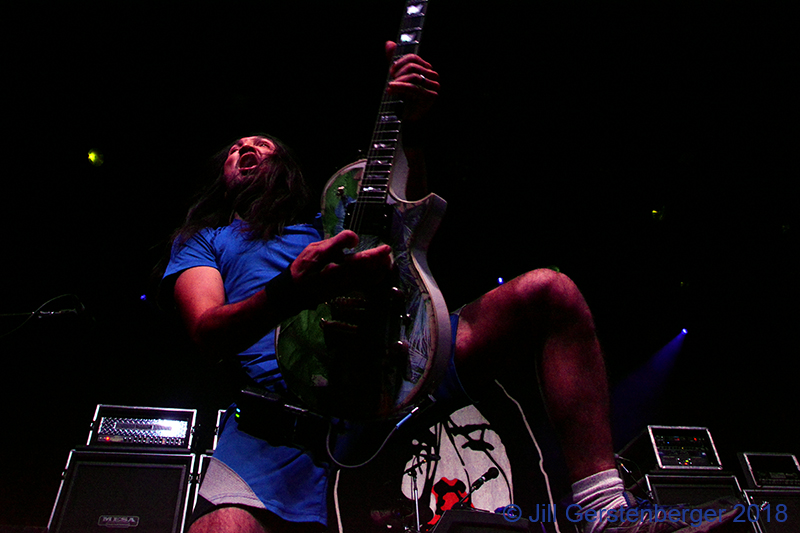 He chatted with the crowd, using the night to uplift and encourage, and introduced all five members of his touring band. After solo time was over and he ran backstage, the crowd screamed for more. The band reemerged and asked the crowd to help them in a Final Countdown. Not some lame New Year’s Eve 10-second countdown. But from 100. 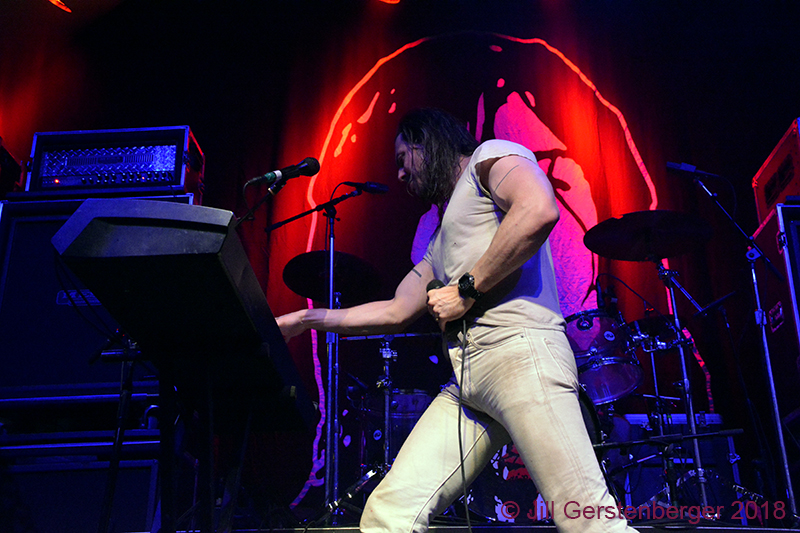 People counted in unison, excitedly dropped their fingers at the 10-second mark. They went ballistic when W.K. raised his arms in the air and a familiar robotic voice sang: “When it’s time to party, we will party hard!” 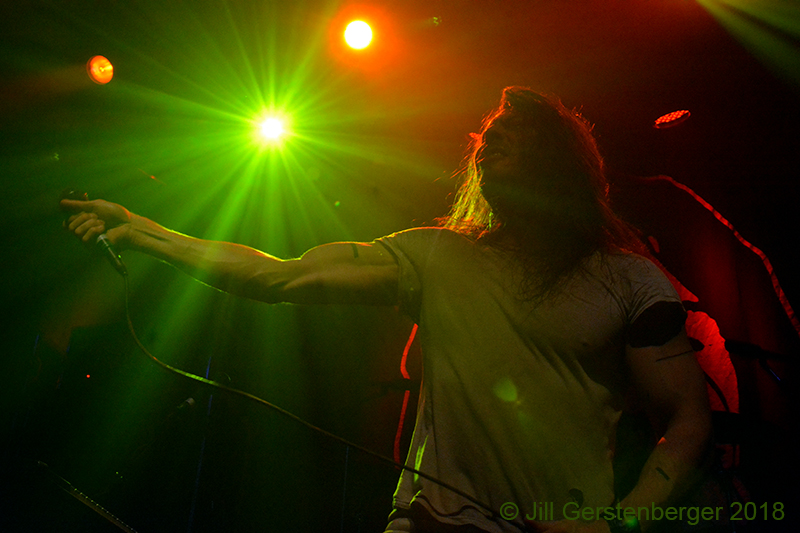 He closed out the night with his most popular party anthems, but everyone would agree — a W.K. show is more like a two-hour encore. People come out in droves because he reminds us that without pain, there is no joy. And at the end of the day, music is worth living for.

Bay Area psych-rock project King Dream opened the show. Oakland singer-songwriter Jeremy Lyons, formerly of the Tumbleweed Wanders, played a solo set with his guitar and harmonica. A surprisingly softer start to the evening, Lyons switched to electric guitar halfway through his set, but left the partying to the master.

Setlist: The Power of Partying I Music is Worth Living For I Ever Again I Take it Off I Ready to Die I She is Beautiful I Tear it Up I You Will Remember Tonight I Never Let Down I We Want Fun I Break the Curse I I Get Wet I You’re Not Alone II Encore II It’s Time to Party I Pushing Drugs I Party Hard

Learn all about Kind Dream on this Facebook page.