Kula Shaker played an unforgettable set at the Great American Music Hall recently. It had been nearly 20 years since the band played San Francisco and they did not disappoint. The English psychedelic rock band had a number of top ten singles in the ‘90’s including “Hush” and “Tattva” before splitting in 1999 and later reforming in 2004. The band is known for their heavy Indian influence; many of their songs feature traditional Indian instrumentation and lyrics mixed with Western heavy rock guitars and drums. 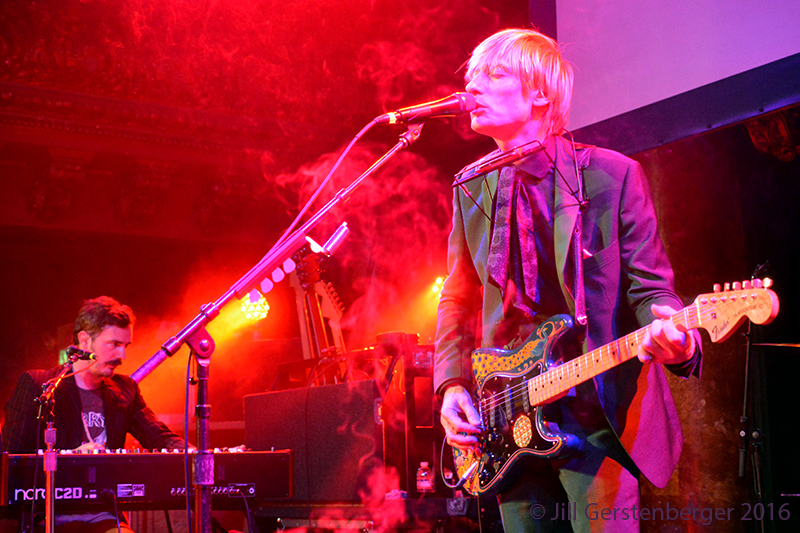 Singer/guitarist Crispian Mills (grandson of Sir John Mills and son of actress Hayley Mills and film director Roy Boulting) is an impressive front man and guitarist with the looks and energy of someone half his age. Mills and the rest of the band hit the stage with the powerful opener “Hey Dude,” which had the crowd immediately singing and dancing their asses off. There was incense wafting through the air and psychedelic images playing on a screen behind the band. Crispian, wearing a slim emerald green suit and Chelsea boots, had the fashion style of the ‘70’s Rolling Stones but the moves of James Brown with a guitar. He was frequently doing the splits and getting on his knees while playing raging guitar solos. 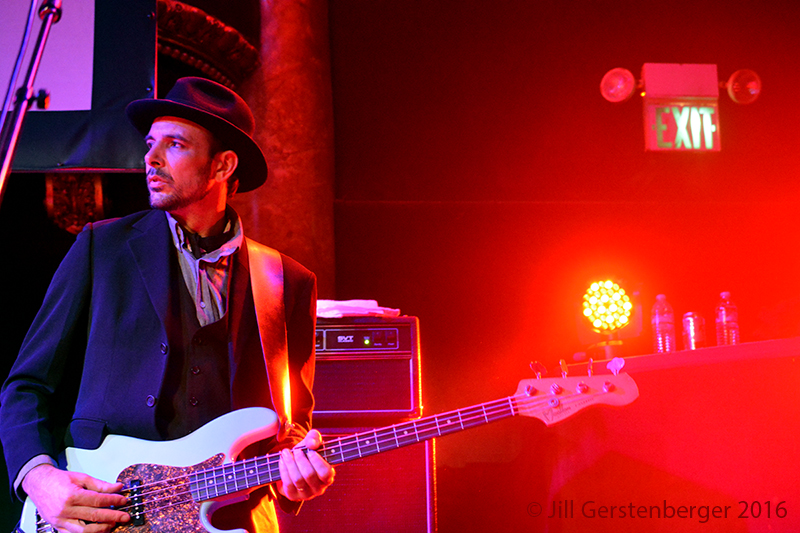 The rest of the band was really tight and their experience of playing together for years shined through. The rhythm section of Alonzo Bevan on bass and Paul Winter-Hart on drums was explosive on “Mystical Machine Gun”. The wooden floors of the Great American Music Hall were literally thumping like there was an earthquake happening. Filling out the band was Harry Broadbent on keys and backing vocals, who also picked up a guitar a few times, to make the band sound lush and full. It’s hard to believe that a four piece band could sound so rich and intense. 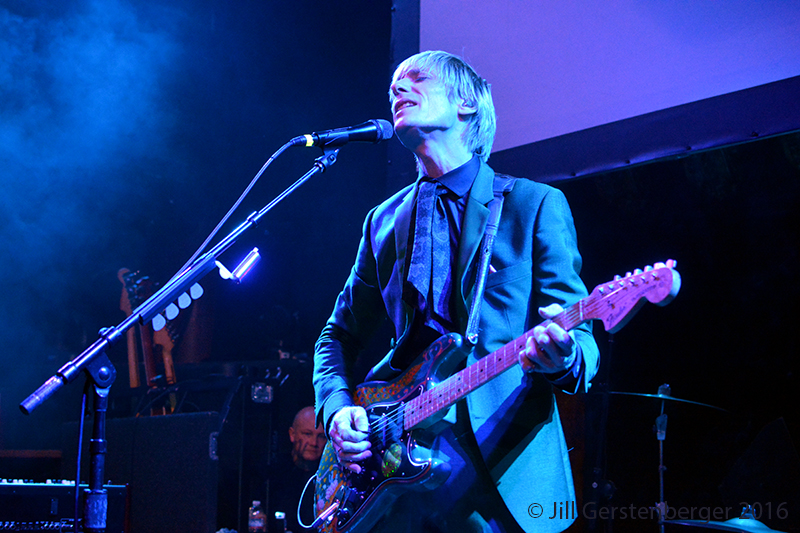 A few of the fan favorites were “Infinite Sun,” “Tattva,” and “Hush,” which the crowd all seemed to go crazy for. They came back for an encore with “33 Crows,” “Great Hosannah,” and a wonderful version of “Govinda” with the crowd singing along to lyrics entirely in Sanskrit, a ceremonial Hindu language. The show was powerful and exciting and we hope Kula Shaker don’t wait another 20 years before returning to the Bay Area again. We’d love to see them again soon. 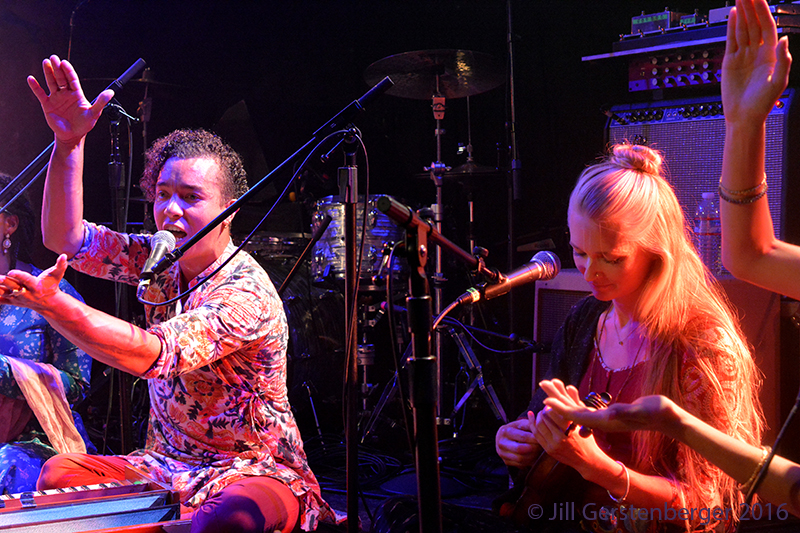 Opening for Kula Shaker was Kirtaniyas, a band that combines traditional Indian folk music known as “Kirtan” with electronic dance music and bass. Crispian Mills of Kula Shaker introduced the band and told the audience they had recorded with them on their latest album. The call and response mantras and chanting were a far cry from a rock’n’roll show but the band quickly won the crowd over and they were singing along and clapping rhythmically to the songs. Singer and band leader, Vijay Krsna, had loads of energy and charisma and managed to get the packed crowd of rockers singing, the “Hare Krishna” mantra along with him. Accompanying Krsna was his wife and multi-instrumentalist, Sarasvati, soulful vocalist Rasika and drummer Nitai. 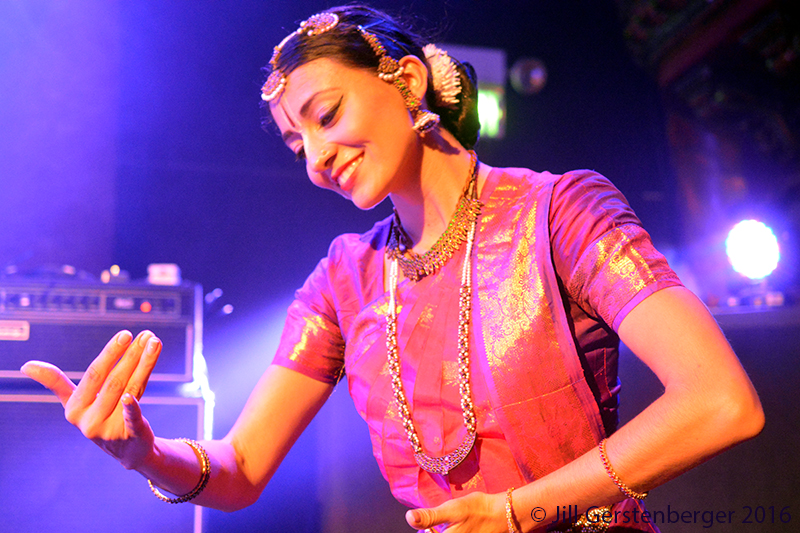 The performance included a dancer wearing traditional clothing and doing Bharatnatyam dance who was absolutely beautiful and captivating to watch. It was wonderful that Kula Shaker included this group with the show to introduce their fans to some of the Indian culture that have inspired them.

For more information on Kula Shaker, see their website.

Find out more about Kirtaniyas here.