Few death metal bands have had as much history under the belts as Morbid Angel do. Although they have had endless line-up changes over the years, they are now in their thirty-fifth year as a band and not only continue to churn out records but tour the world in support of them, all while remaining one of the most influential bands in death metal history. They recently released their ninth studio album Kingdoms Disdained, and are currently touring behind it, stopping off at Slim’s in San Francisco recently to deliver the metal to their longtime Bay Area fans. 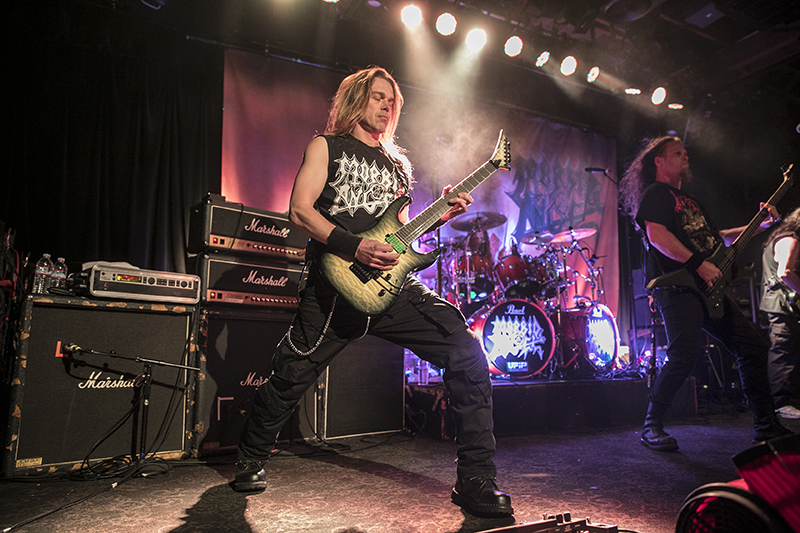 Focusing on the material recorded with Steve Tucker, who returned to the band a few years ago, Morbid Angel opened the show with “I,” from their Gateways to Annihilation album, and the band took no time setting the pace for the evening. At center stage, Tucker was a commanding force on both bass and vocals, while the tone of guitarist and founding member Trey Azagthoth made every song just as heavy and frantic as when they were recorded. And although they may be somewhat “new” to the band drummer Scott Fuller and guitarist Dan Vadim Von are a perfect fit, and gelled with Tucker and Azagthoth seemingly effortlessly, especially noted during both “Ageless, Still I Am,” and “Curse the Flesh.” 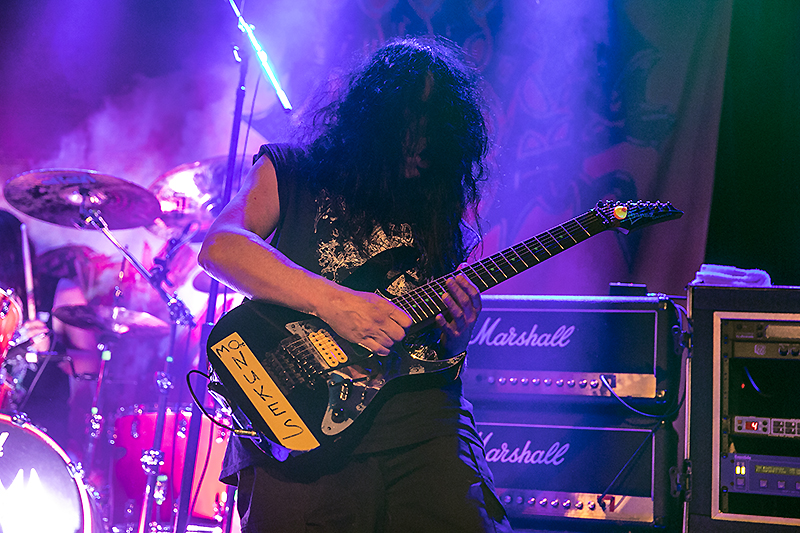 The setlist on this evening was a good representation of the Tucker era, and highlights included “Bil Ur-Sag,” “Prayer of Hatred,” and “He Who Sleeps.” They also played a handful from their latest release, including “Piles of Little Arms,” “Department of Eradication and Disposal,” and “Paradigms Warped,” before closing their set and the evening with “To the Victors the Spoils.”

Support for the show (and the tour) comes from Origin (up until May 20th) and Hate Storm Annihilation, who both put on brief but intense sets, warming up the fans for the headliners. San Francisco locals Cartilage opened the evening, bringing the still filing in crowd up to the front of the stage early on.

See more photos from the show by Raymond Ahner in this slideshow:

Setlist: I | Piles of Little Arms | D.E.A.D. | Garden of Disdain | Bil Ur-Sag | Paradigms Warped | Curse the Flesh | Prayer of Hatred | Covenant of Death | Praise the Strength | Ageless, Still I Am | He Who Sleeps | Nothing Is Not | To the Victor the Spoils

Everything you ever wanted to know about Hate Storm Annhiliation is here.

All the grit on Cartilage can be found on their Facebook page.