The fact that it was a Monday night was absolutely no deterrent for the scores of fans packed into The Chapel to see Swedish doom metal kings, Monolord top the multi-band tour that also included Fresno’s own Beastmaker and Austin Texas’ Sweat Lodge. The assembled denim-clad and shaggy haired faithful were dedicated and enthusiastic, meeting the pummeling volume with huge smiles on their faces, heads banging and metal horns raised high in the air all night long. 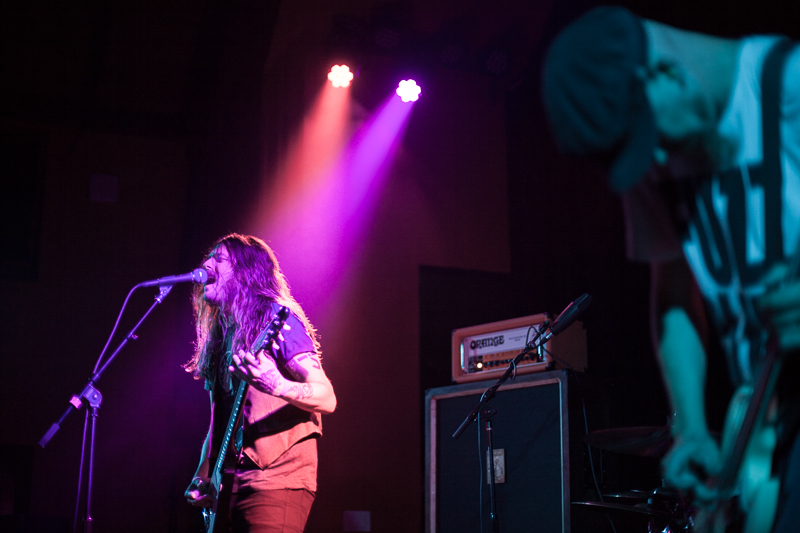 Monolord was formed in 2013 when guitarist/vocalist Thomas V Jäger and drummer Esben Willems of the boogie rock band Marulk started a side project to explore the heavier side of things. After adding bassist Mika Häkki, they quickly realized they had something special, thus making Monolord a full-time project. In 2014 they signed with Riding Easy Records (home of fellow doom bands Electric Citizen and Salem’s Pot, among others) and released their first album, Empress Rising. Touring and festival dates commenced, and in the spring of 2016, they released their sophomore effort, Vænir. 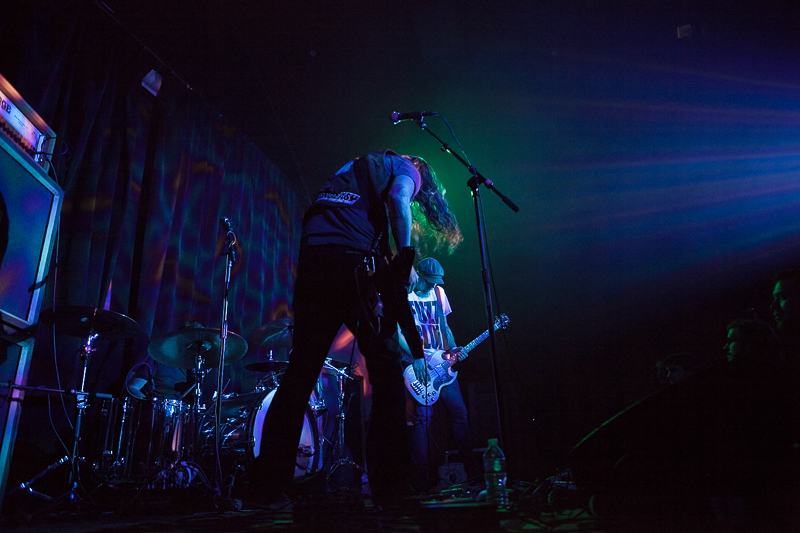 Monolord took the stage with an unassuming air of confidence, casually plugging in their guitars and dialing things in before unleashing the pummeling volume of “Died a Million Times.” Bassist Mika Häkki’s t-shirt proclaimed “Fuzz Club” in giant block letters, and his roaring, growling bass tone confirmed his lifetime membership in this club. Singer/guitarist Thomas V Jäger was no slouch in the sludgy tone department either, and the combination of the two was overwhelming and magnificent. Drummer Esben Willems held it all down with his unyielding power and precision. The crowd swung between rapt attention and vigorous headbanging, a grin on almost every face as the band plowed through one crushing song after another. “Icon,” “Lord of Suffering,” and set closer “Empress Rising” gave the fans everything they’d came for, and more. 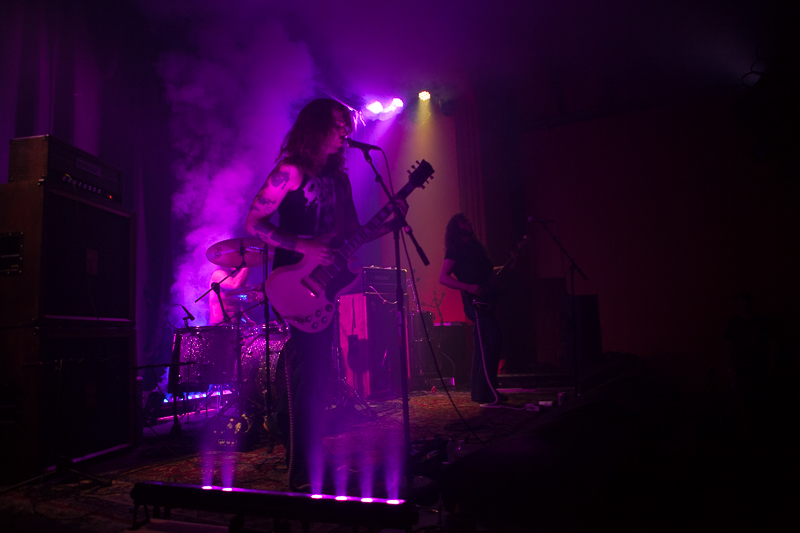 Beastmaker preceded Monolord on the stage and instantly made a solid connection with the crowd, moving through one beastly psych-metal tune after another. Pulling from both their EPs and playing a new tune or two, Beastmaker dished out heaping helpings of Sabbath-influenced sludge turned up to 11, and the crowd ate it up. A few technical difficulties with their samples and backing tracks did nothing to slow the momentum of their set either. 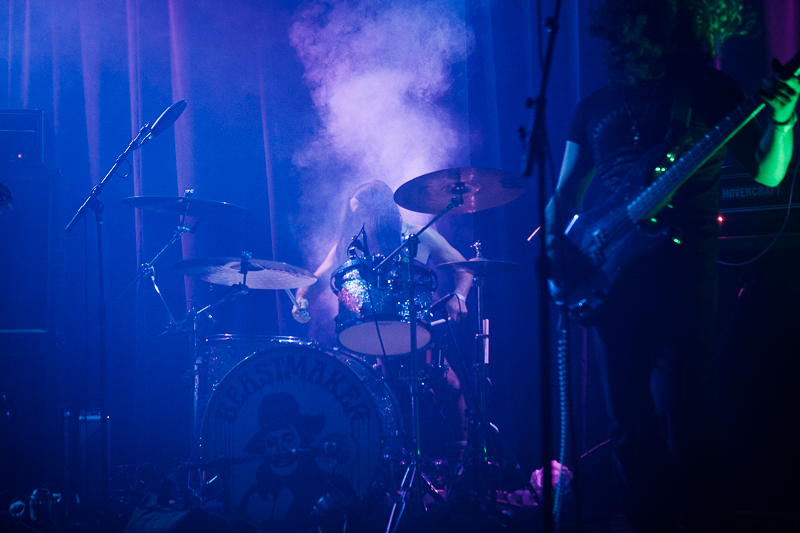 Beastmaker vocalist Trevor Church summed it up nicely near the close of his set when he proclaimed “What better way to spend a Monday night than getting high and listening to metal?!” The crowd couldn’t have agreed more. 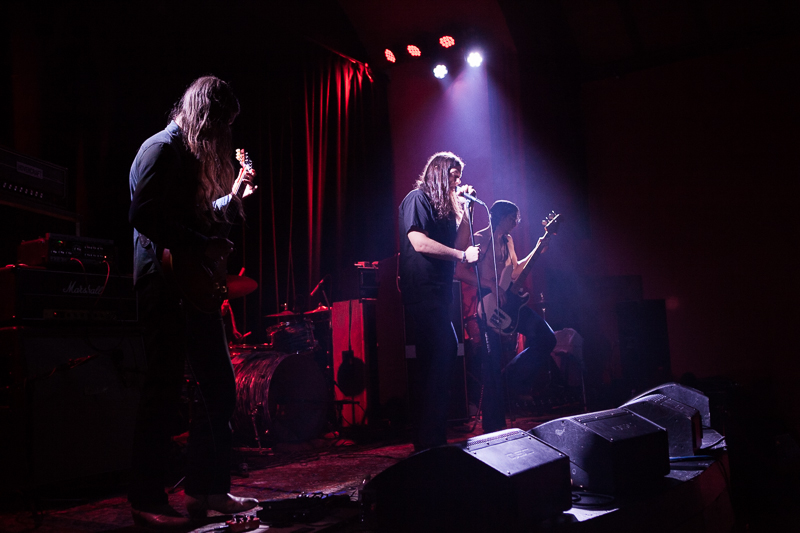 Sweat Lodge opened the show with a short but powerful set of proto-metal/stoner metal grooves, sounding tight and powerful. Although it seemed that most of the crowd was unfamiliar with the band, by the end of their set they’d brought more than a few new fans into the fold.

Setlist: Died a Million Times | We Will Burn | Harbinger of Death | Die In Haze | Icon | Lord of Suffering | Cursing the One | Empress Rising

Find out more about Beastmaker on their Facebook page.

Get more info on Sweat Lodge on here.