Long time Industrial pioneers Ministry brought their current tour to the Warfield Theater in San Francisco recently and proved that still have a little gas left in the tank. Since 1981, the Al Jourgensen-led band out of Chicago has been a dominant force on the industrial scene despite their early electronic pop work. That pop work resulted in the big dance hit, “Everyday is Halloween.” 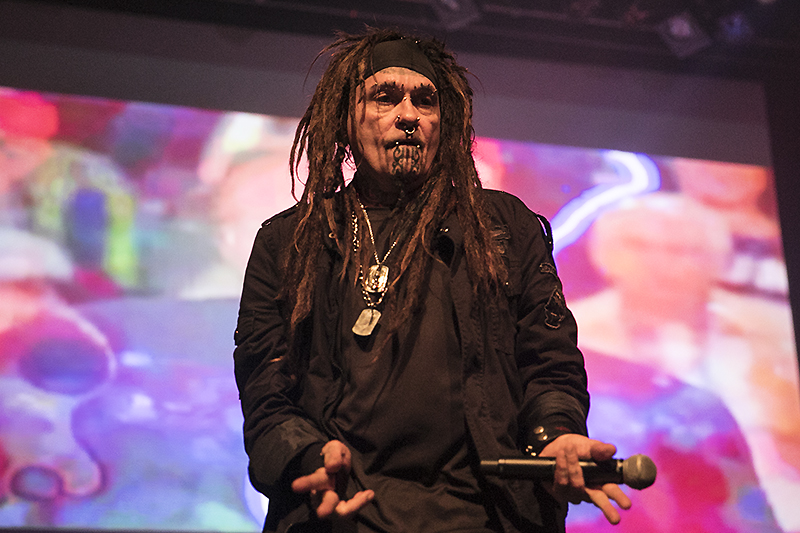 With the stage flanked by two inflatable chickens sporting anti swastika symbols that looked remarkably like our current “president,” founder and only original member remaining Jourgenson took the stage with his current lineup and immediately launched into “Punch In The Face,” off of their 2013 release From Beer To Eternity. Jourgenson was somewhat surprisingly very engaging with the crowd, pointing at them and egging them on as he paced the stage, always returning to his skull bedazzled microphone stand. With minimal production, aside from a giant video screen at the back of the stage, that more often than not showed clips of our current “president.” 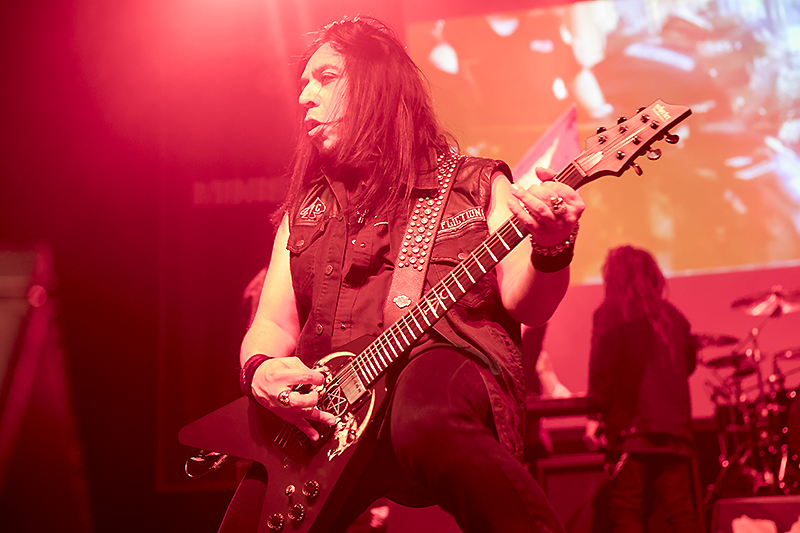 With the dual guitars of longtime member Sin Quirin and Cesar Soto, the one-two-three punch of “Antifa,” “Rio Grande Blood,” and “Senor Peligro” all sounded even heavier than when they were recorded. And although Uncle Al (as he is affectionately known by his fans,) has all but abandoned the industrial sound that Ministry was once known for, the keyboards of John Bechdel brought back a little bit of the old school sound. 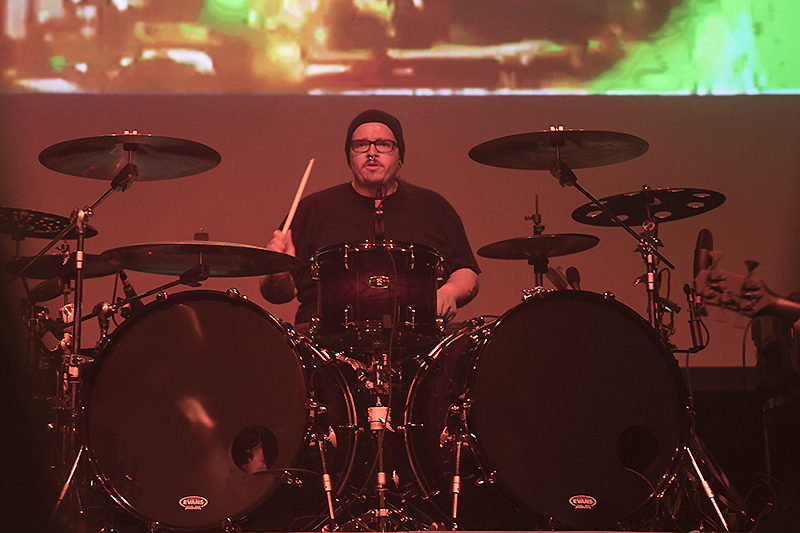 Jourgenson has also abandoned much of Ministry’s extensive back catalog, although he did dust off a few classics, including “N.W.O.,” “So What,” “Thieves,” and  “Just One Fix.” It was a chaotic and frantic 20 minutes and a brief glimpse back into time. 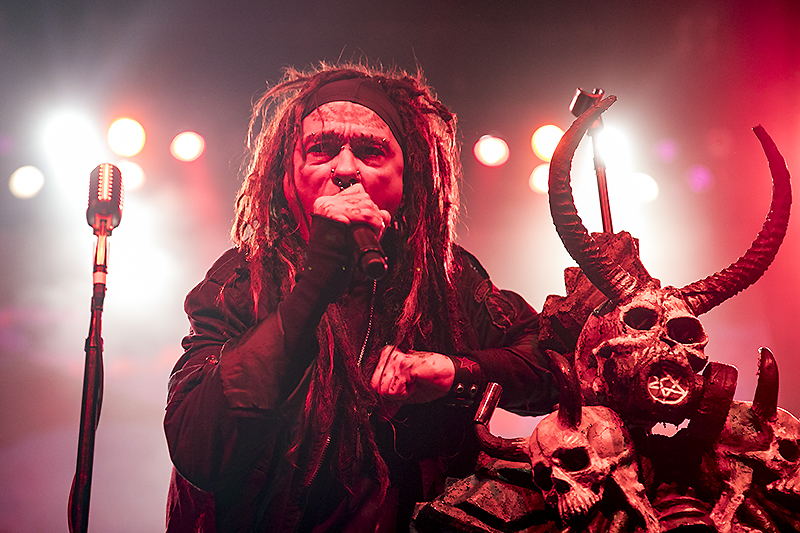 Of course, anytime Ministry is in town Jello Biafra usually makes an appearance, and he did not disappoint this night, joining the band for a cover of Devo’s “Gates of Steel.” It was a great way to end the evening.

Check out this slideshow with more photos of Ministry by Raymond Ahner: