Mike Patton, perhaps the hardest working man in the Bay Area underground music scene, brought his latest creatively eccentric, eclectic, electric show to the stage at The Chapel for a sold-out weekend of hip-hop /electronica weirdness. 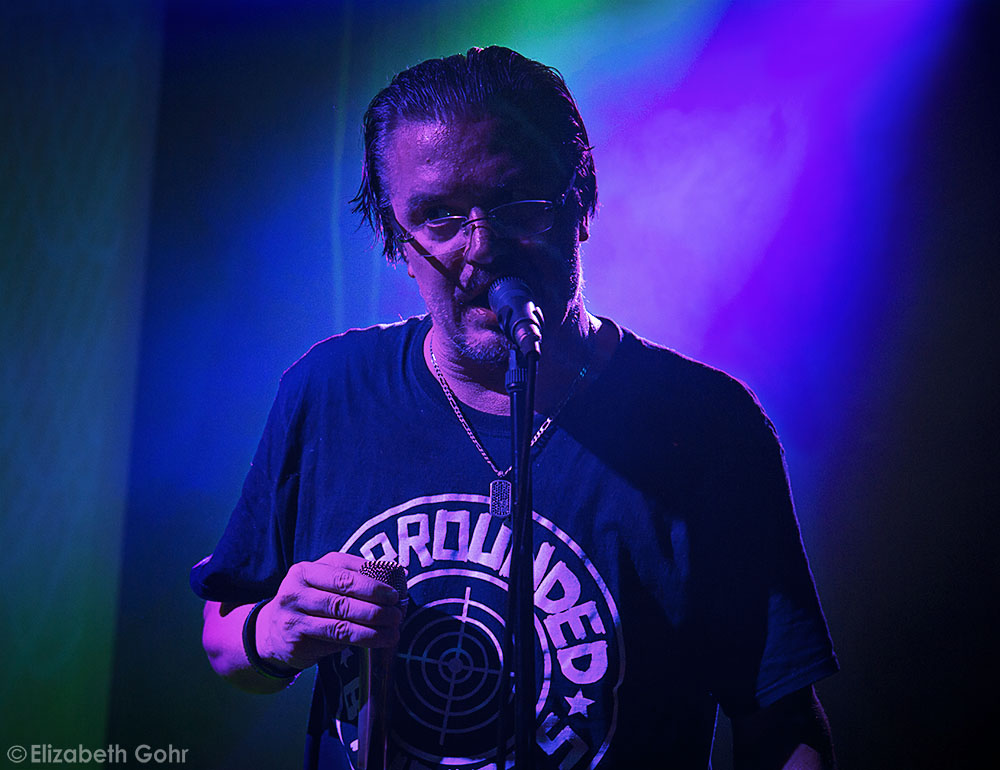 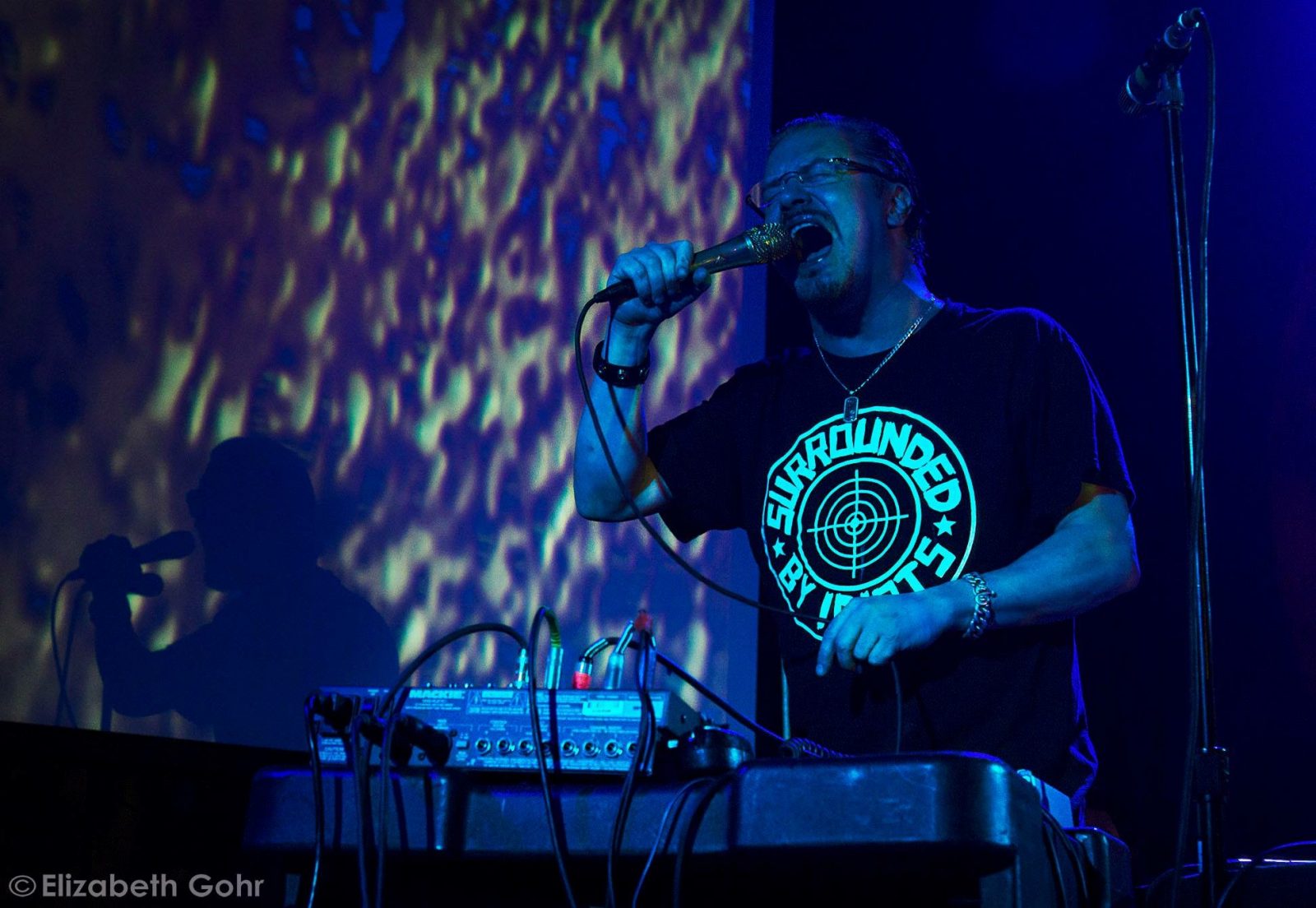 Whether it is with the vastly under-rated alt-metal band Faith No More, the evil carnival insanity of Mr. Bungle, the cosmic/hip-hop inspired Peeping Tom, or one of his other countless projects and experimentations, Patton is one of the most dynamic and unpredictable front men in music. And with an operatic voice that he can pull from his back pocket at any moment, he is one of the most versatile vocalists in rock. 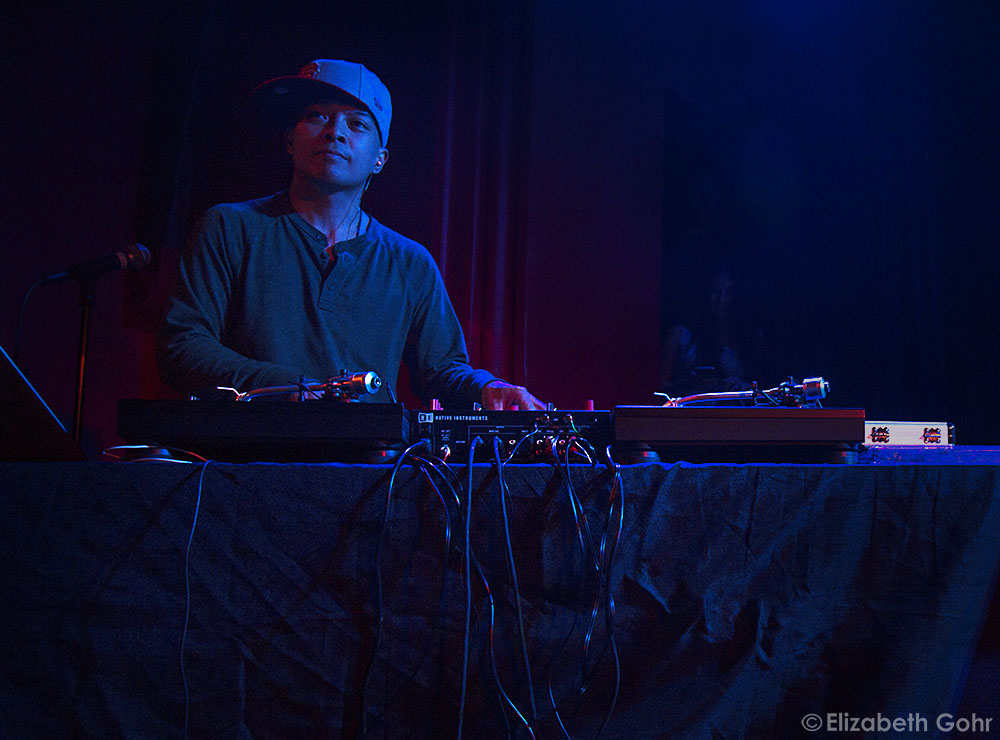 But this evening was not strange just because Patton is endearingly odd, it was epically weird because on this night the Chapel stage was supposed to be occupied by Peter Murphy, who had his two-week plus residency postponed due to visa issues. Your attention please….now pinch hitting for Peter Murphy, Mike Patton. 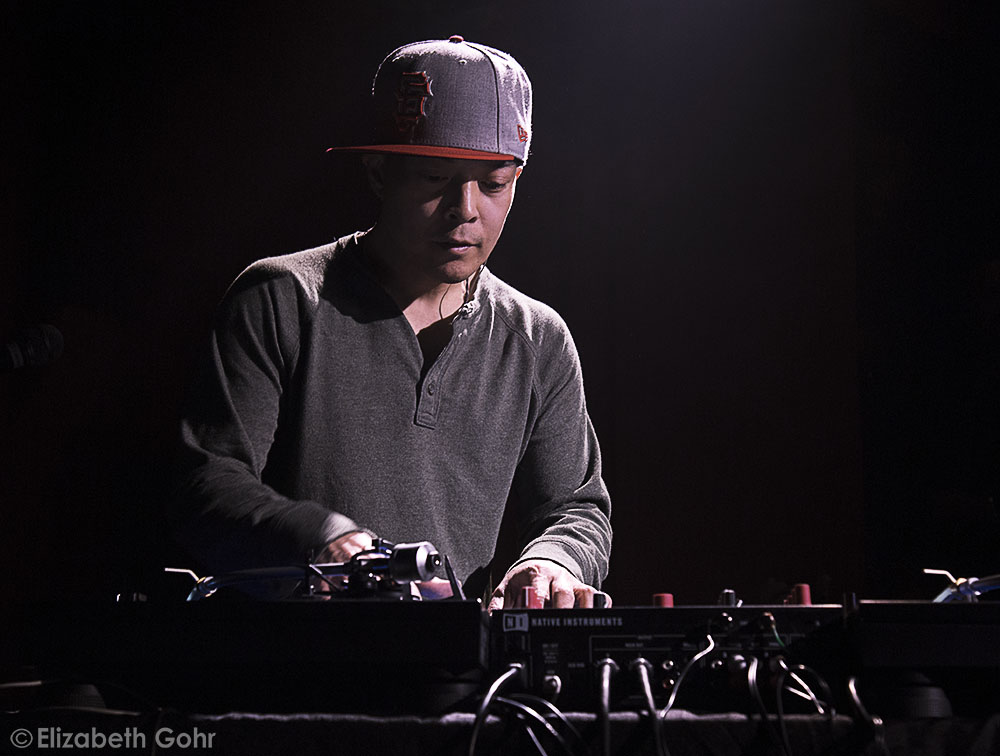 At least for this weekend, this godsend of a substitution helped the independently owned Chapel out of the very tough spot of having to rally together last minute shows that would keep their stage properly occupied and keep fans coming through the doors. Mike Patton and QBert did not disappoint.

The crowd that was lucky enough to have gotten into this spontaneously scheduled engagement varied from veteran rockers sporting tattered Faith No More ‘Angel Dust’ t-shirts to aspiring club DJs who are not as old as the aforementioned tattered tees. But no matter the shape, size, or age, faces were about to be melted. 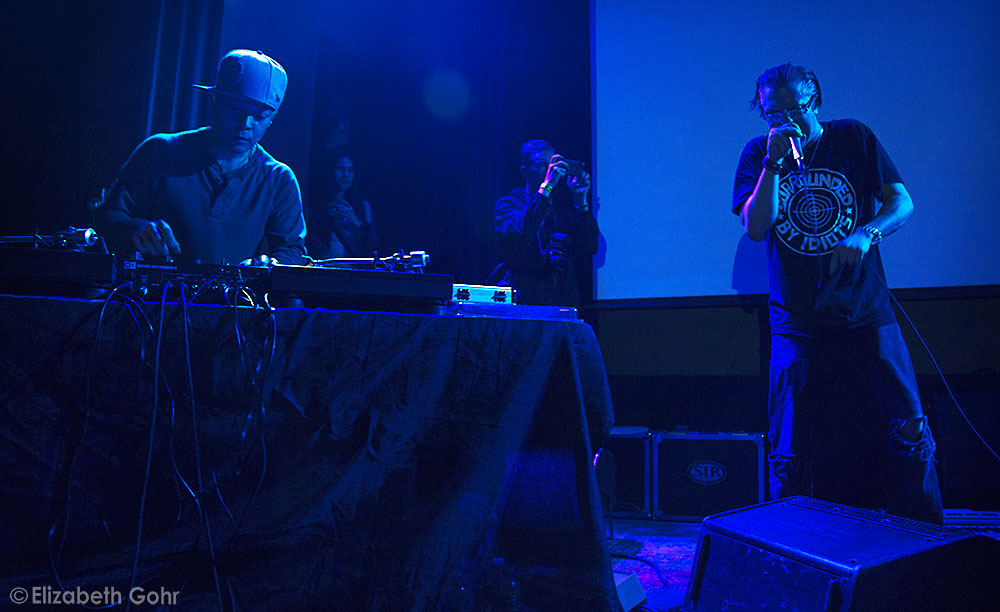 When QBert strikes into his lightning fast scratching techniques over his seamless beat matching, it is akin to Eddie Van Halen taking a jaw-dropping guitar lead. His evolutionary DJ talents have spawned imitators worldwide, but none can quite match the skills of the bay area’s master turntablist.

Over the top Patton did just about everything imaginable with his voice. Of course he showed off his singing ability, but he also morphed his voice into an instrument by running his mic through a chain of vocal effects while howling, growling, wailing, and chanting. 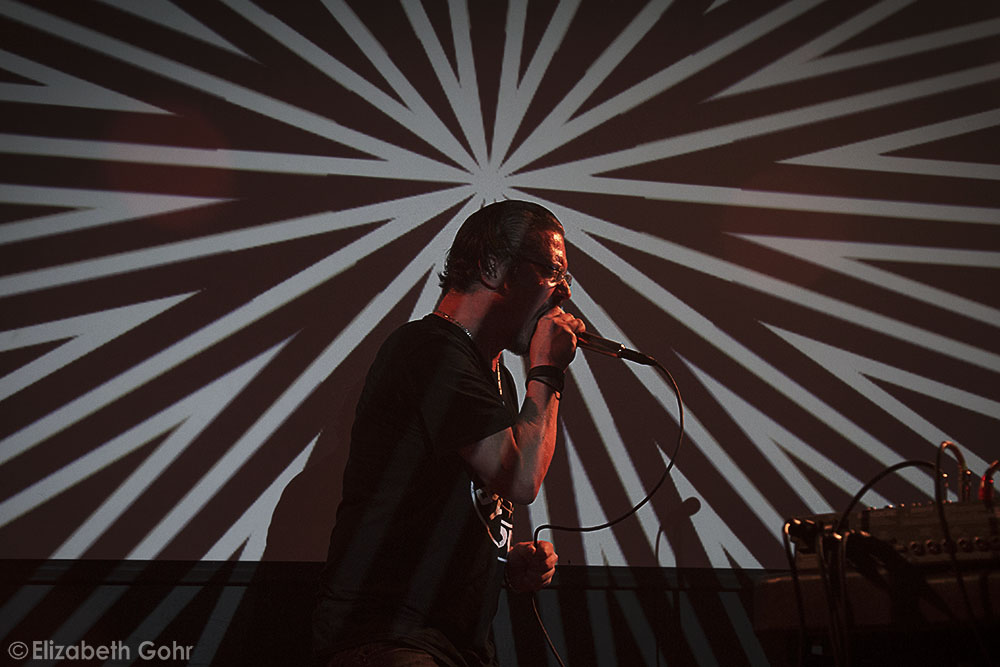 The effect was an audio experimentalist’s delight that delved into aural dreamscapes and more industrial sounding ‘nightmare-scapes’ that rocked everyone squeezed into the Chapel and anyone walking nearby on Valencia street.

Along the way, Patton and QBert took the opportunity to display the eclectic nature of their musical tastes by covering the likes of Patton’s own Peeping Tom (‘Sucker’ and ‘Your Neighborhood Spaceman’) and even taking on the Jesus Christ Superstar deep cut ‘Heaven On Their Minds’ with Patton transforming himself into the Judas character to belt out the spooky and powerful vocals.

Opening the night was birthday boy Money Mark of Beastie Boys fame among others. He came onstage to what looked like a garage sale’s worth of vintage sound gear and effects and looped various sounds and instruments through his synthesizer. Part mad scientist and part comedian, he even enlisted a member of the crowd to tap out rhythms on a primitive drum machine fashioned from spare audio parts. 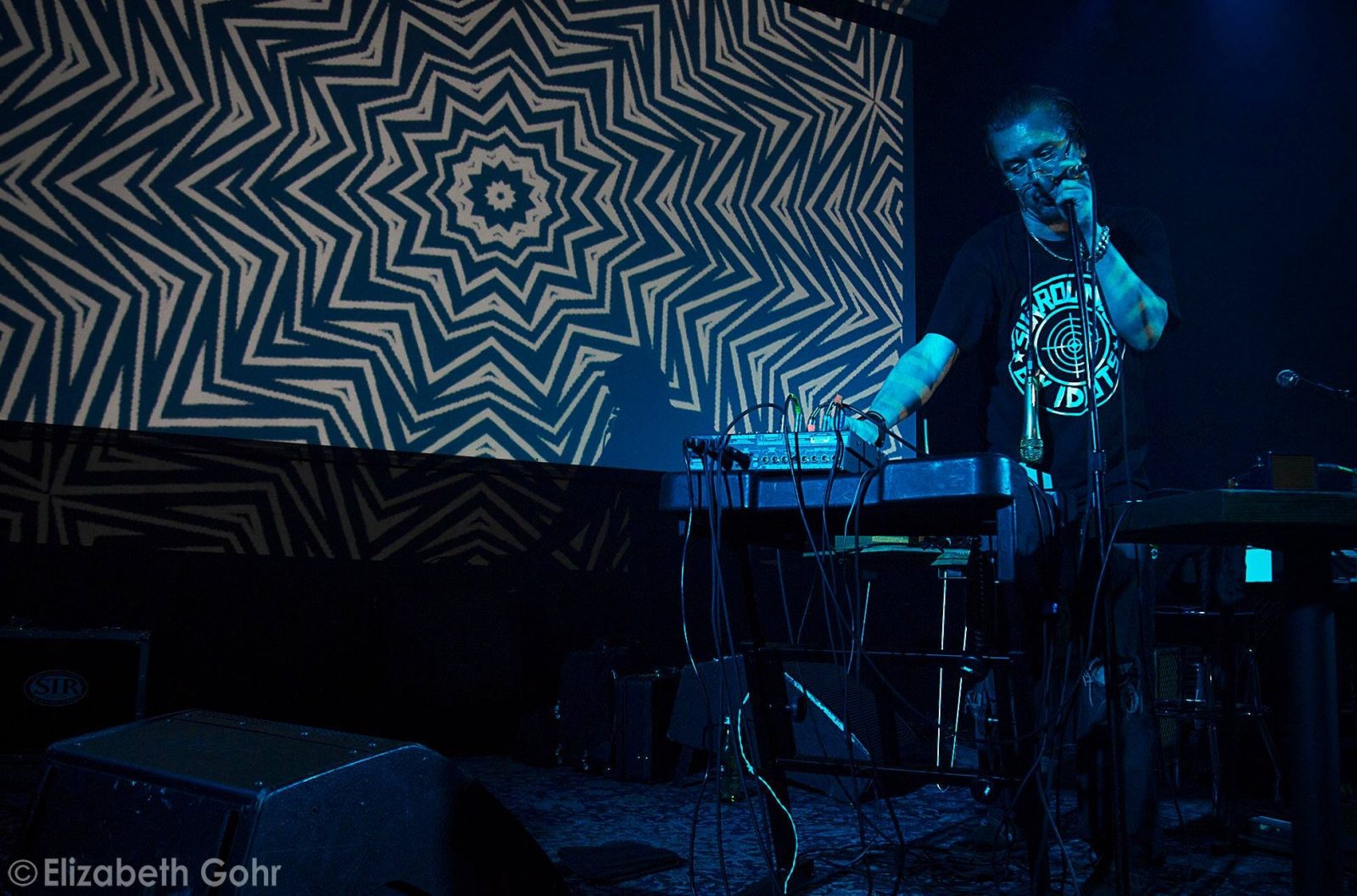 By the time Mike Patton announced Money Mark’s birthday (he turned 58) at the strike of midnight, the celebration of the evening’s festivities had long been in effect. Indeed it was a great evening of musical revelry led by some of music’s most evolutionary underground revolutionaries, but for the Chapel it was just the start of their challenge to fill the calendar void left by Peter Murphy’s absence. 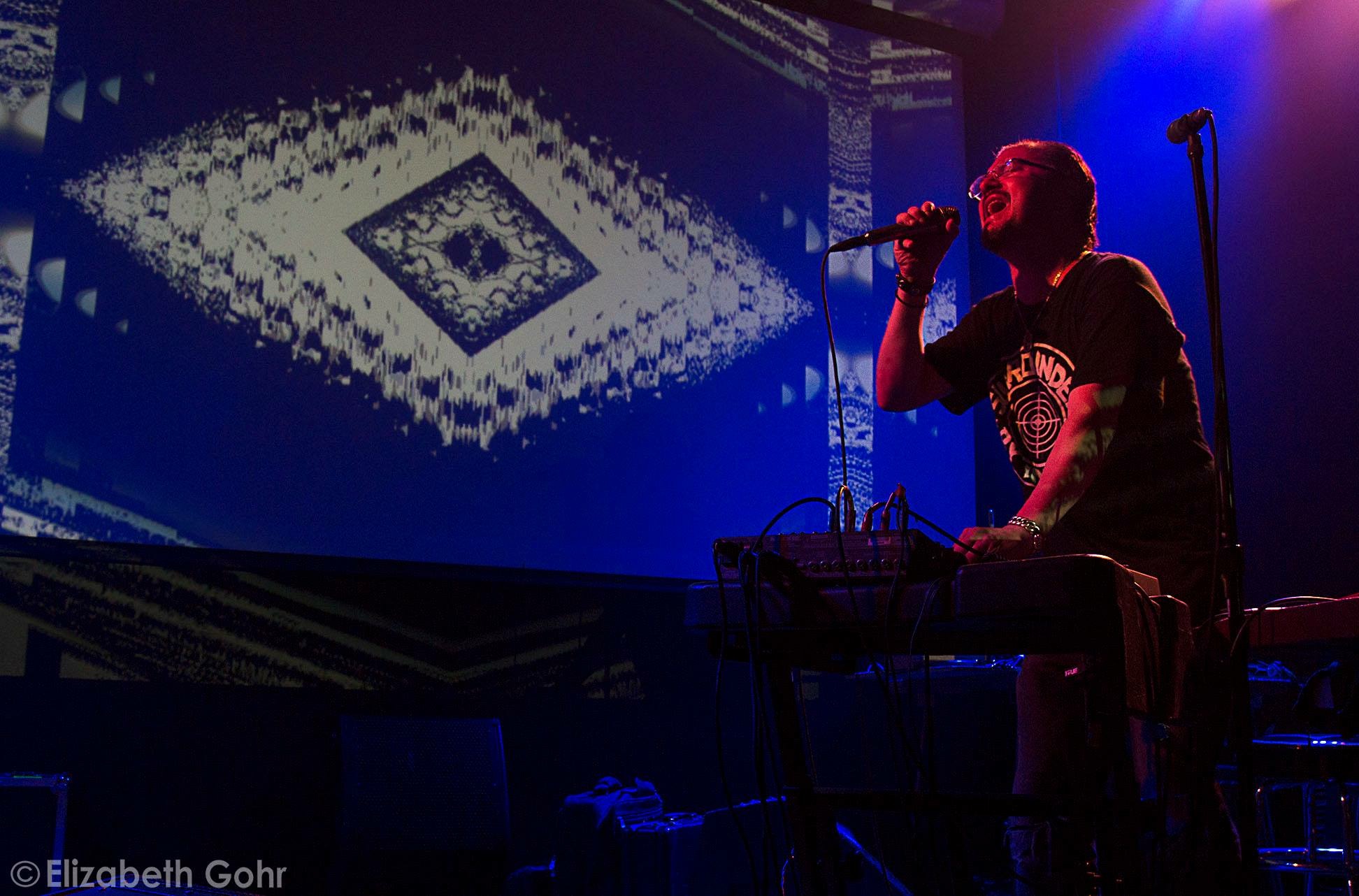 What can you do to help? Check the Chapel calendar for upcoming shows and support your local music scene and this fabulous venue (and others like it trying to survive….I see you DNA Lounge). The experience put on by Patton and the Chapel reminded everyone that the live music scene is the lifeblood of the San Francisco artist culture, and it needs you.

Find out more about Mike Patton his Facebook page.