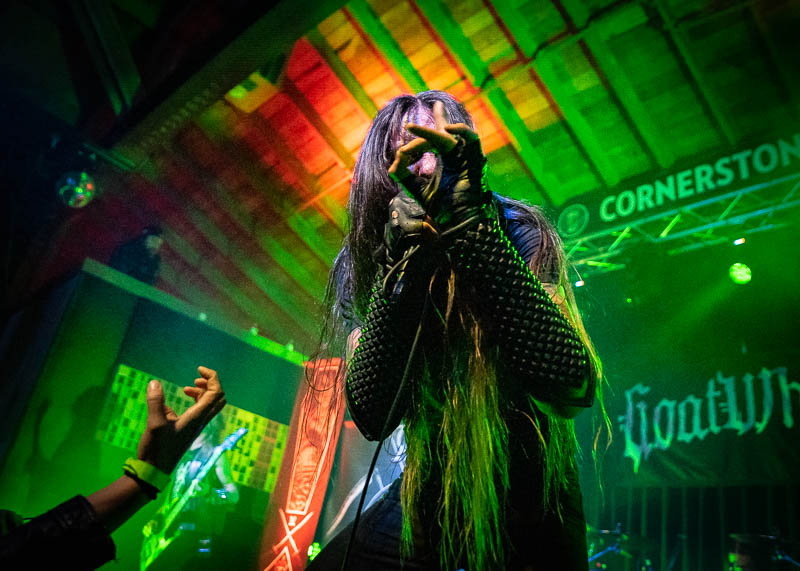 Coming directly off a tour in Europe and onto the Metal Alliance tour, Goatwhore assailed the small stage at Berkeley’s Cornerstone as the acclaimed headliner for the night with their deep south roots. This band brought a bit of extra grim in support of their latest album Vengeful Ascension, released this past June. 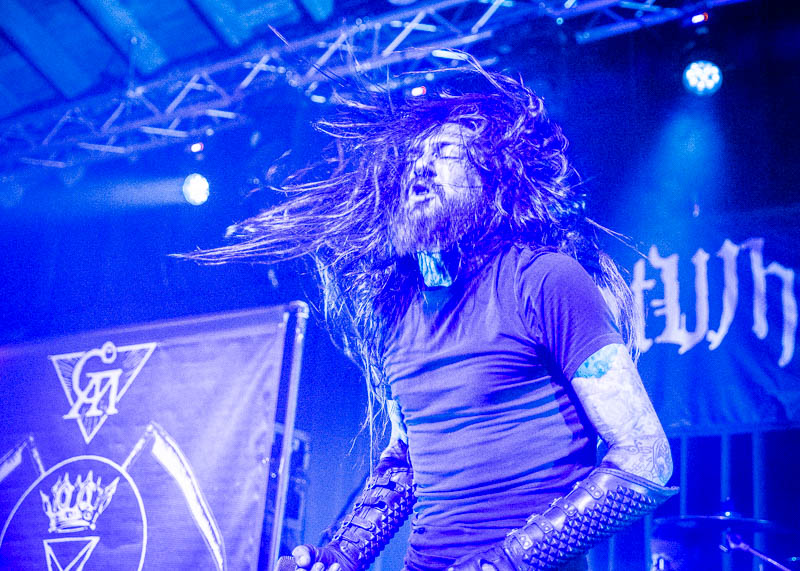 The band’s chronicle of albums engage in dark matter and the occult, but their seventh album is quite possibly the band’s most diverse. Still dallying in extreme black metal themes, but taking a more intelligent and intriguing approach. 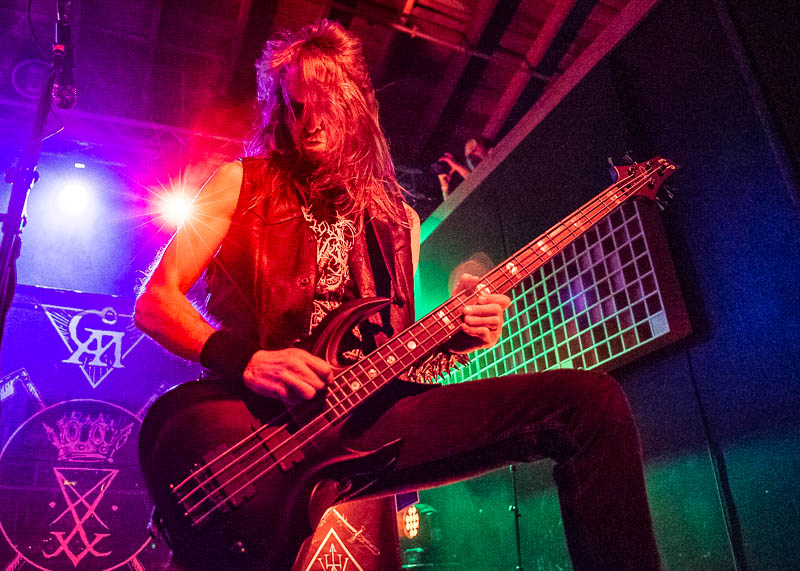 As the loud and deeply mesmerizing rhythms began Goatwhore’s set, the earth-bound growls of vocalist Ben Falgoust erupted amongst plenty of thrash metal riffs courtesy of founder and lead guitarist Sammy Duet, bringing an already charged audience to its knees and winding down in dark ascension.

Having seen Goatwhore in support of larger bands such as Behemoth and White Chapel in previous years, it was terrific to see them headlining and playing to such a diverse, but dedicated crowd that only Berkeley, CA can muster on a Sunday night. 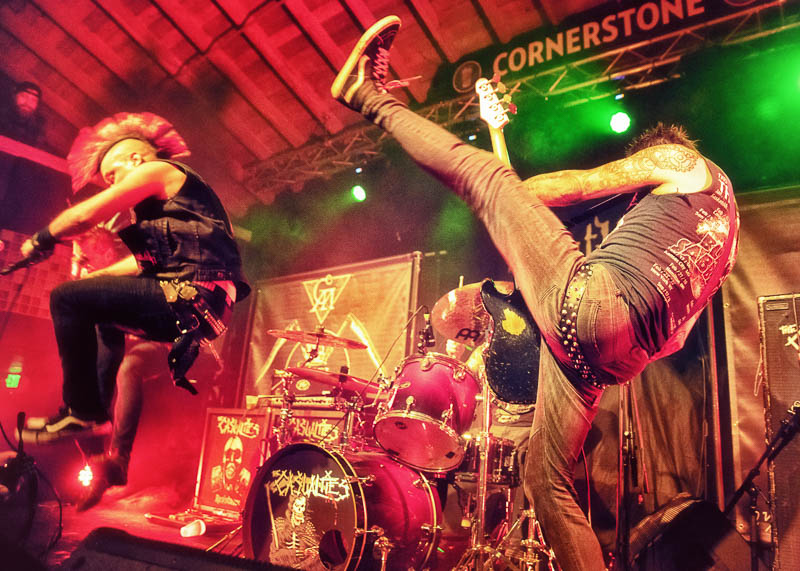 Playing homage to early 80s punk bands such as the UK’s Exploited and GBH, New York’s hardcore street punx The Casualties slammed the stage with extreme conviction. Every song an unapologetic middle finger to cops, politicians and the general establishment, The Casualties also brought a kind of unity to the stage with some of their Oi-influenced songs. Front and center to the set list this evening, however, was their latest album, Chaos Sound (2016). This album features vocals from Jorge Herrera, who retired in early 2017. 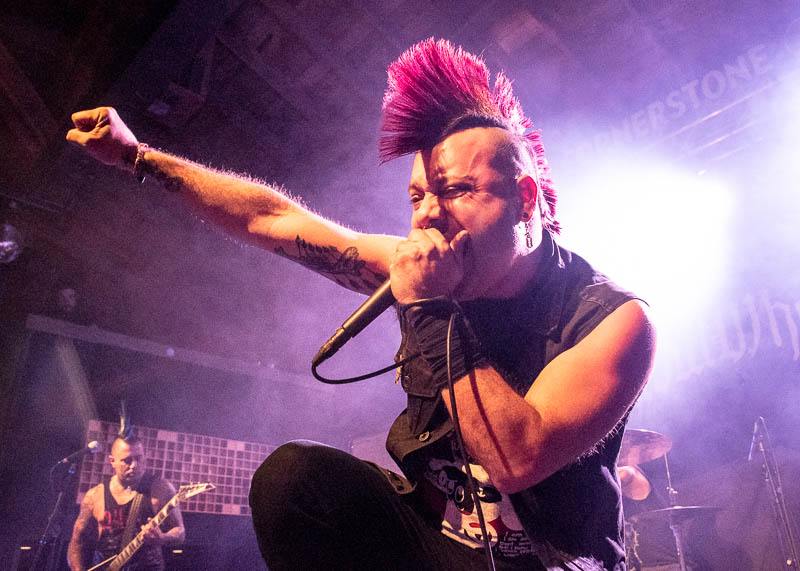 New vocalist David Rodriquez’s singing is every bit as strong, yet less raspy than his predecessor’s, but he still brings the music and message to life in the same aggressive manner. Rodriguez also has the same enthusiasm for audience participation and pulled a few fist pumping diehard fans on stage for a flag bearing finale, all the while voicing his conviction for punk unity and cultural diversity. 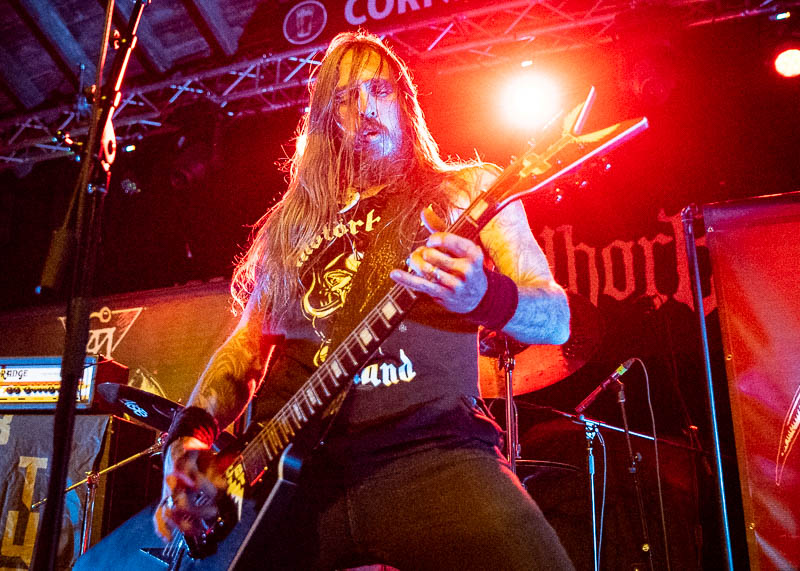 Black Tusk’s style harkens to the style of Motorhead with a deep dark southern twist: part hardcore punk, part stoner NWOBHM, but very much a sound of their own. Formed in 2005 in Savannah, Georgia, Black Tusk has obviously brought comparisons to the likes of Kylesa and Barroness, but the uniformed vocals and guitar work also brings out a hardcore punk edge. Their set on the Metal Alliance tour was unyielding, swampy, energetic and assertive. A kind of multi-layered instrumental bliss.

Here’s a slideshow with more photos of the Metal Alliance Tour by Pollen Heath:

More info on the Metal Alliance Tour can be found here.