If you’re a product of yesteryear or just a fan of kick ass retro rock songs done 90s punk style, these cover tunes are for you! A mixed mecca of musical transitions meant to keep you bopping and grooving, Me First and The Gimme Gimmes is a punk rock super group that infuses classic punk rock tunes with the likes of Kenny Loggins’ “Danny’s Song,” John Denver’s “Country Roads,” and Paul Simon’s “Me and Julio Down by the Schoolyard.” 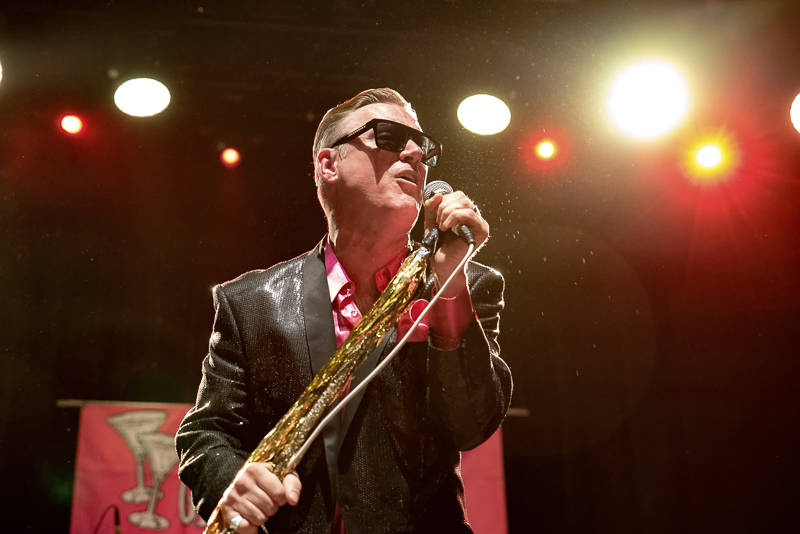 Formed semi-intentionally by punk rocker and record label owner extra-ordinaire, Fat Mike (of NoFX and Fat Wreck Chords) in 1995 in San Francisco, The Gimme Gimmes have toured regularly with a core line up including Fat Mike himself along with Chris Schiflett of Foo Fighter fame. This Western tour leg featured the vocal stylings of Spike Slawson (of Swinging Utters and Re-Volts), Jay Bentley (Bad Religion) subbing in for Fat Mike on bass, Scott Schiflett on guitar (Face to Face and brother of Chris Schiflett), Dave Raun (Lagwagon) on drums, and the trouble from down under also on guitar, Chris Cheney (The Living End). 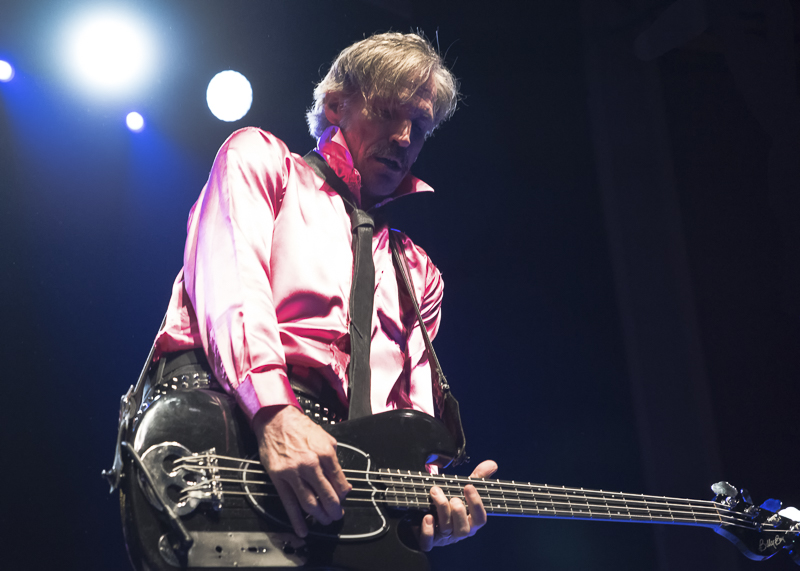 The Gimme Gimmes have released eight fun-filled albums since their first single in 1995, each one themed after a certain genre; the latest studio album Are We Not Men, We Are Diva! (2014), is a compilation featuring female fronted covers of Christina Aguilera, Barbara Streisand, and Lady Gaga. Their first single in ’95 was a 7” called Denver, and contained two John Denver covers – “Country Roads” and “Leaving on a Jet Plane.” 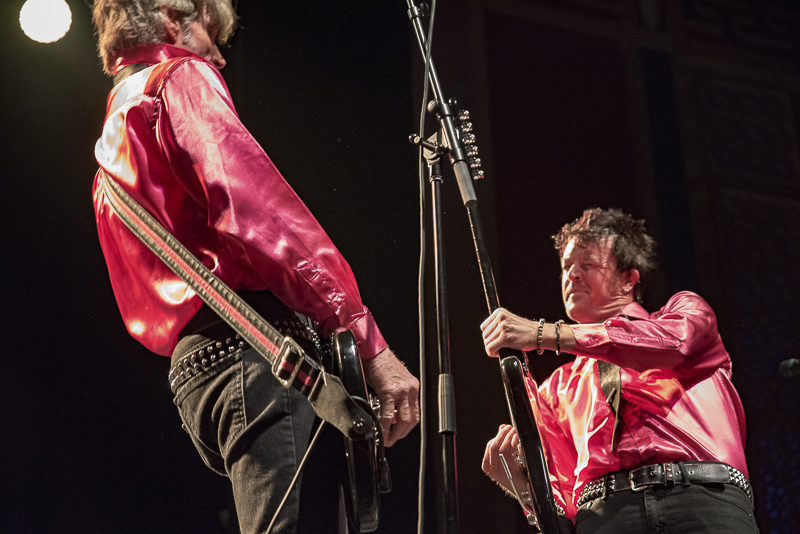 Mother’s Day is meant to be celebrated, and this night was no exception. This was the last stop of their West Coast leg of a World Wide tour, and The Bay Area is no stranger to their SF-spun bubble gum classics. In an electric flash of shiny pink button-downs, the Gimme Gimmes hit the stage with a twangin’ version of Gershwin’s “Summertime,” and continued to paint the audience with grins galore, singing song after song of punk rock intros set to the lyrics and tempo of more contemporary retro-hits from the 60s 70s and 80s. The crowd pogo’d, skanked, and crooned their favorite tunes of yesteryear for a solid ninety some odd minutes alongside Slawson and his swanky demeanor. 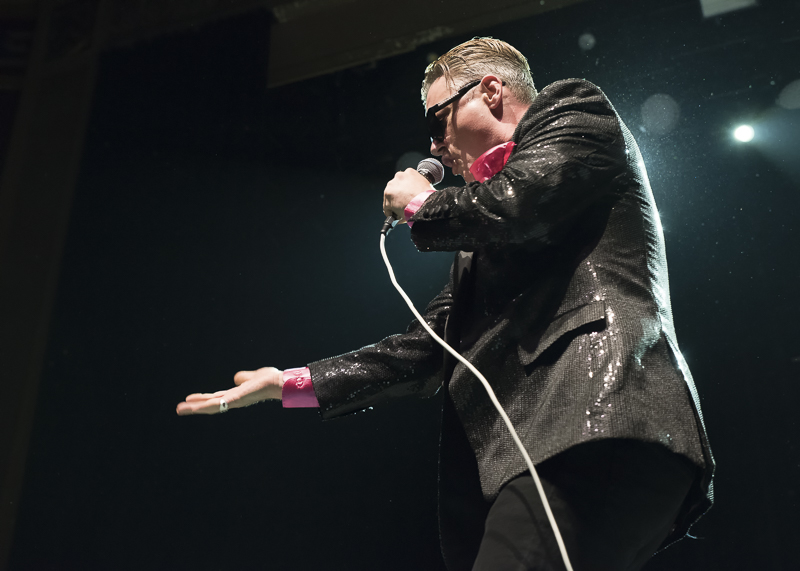 Mid-set they played an incredibly memorable version of The Rocky Horror Picture Show’s “Science Fiction/ Double Feature,” and wrapped up the night with a surprise visit from Fat Mike to sing disco diva Gloria Gaynor’s “I Will Survive.” 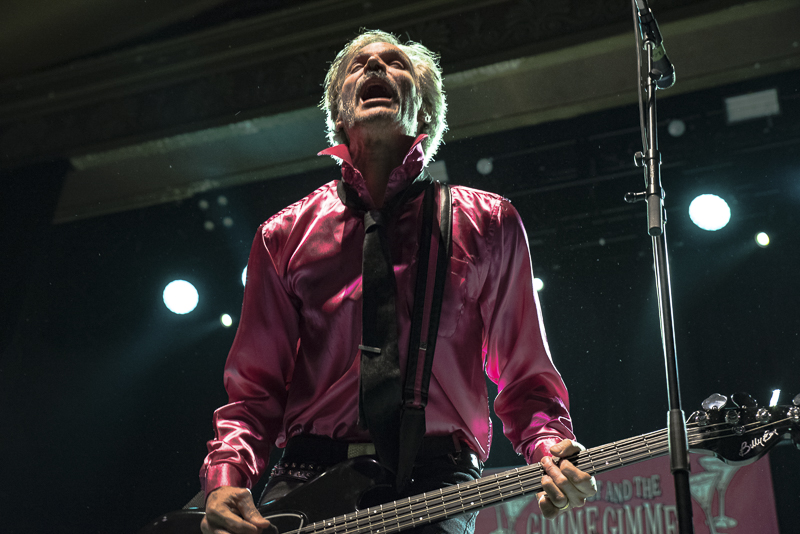 So next time they come to visit the bay, remember… this next one’s a cover!

Check out this slideshow with more photos of Me First and the Gimme Gimmes by Pollen Heath:

For more information about Me First and the Gimme Gimmes, check out their Facebook page.