When we saw that MC5’s Wayne Kramer was bringing his Kick Out the Jams: The 50th Anniversary Tour to San Francisco’s Regency Ballroom as MC50, we knew we had to go. Very few bands have had as much influence on other musicians as the MC5, whose leftist political antics and anti-establishment music and lyrics were innovative and precursors to punk and metal music. 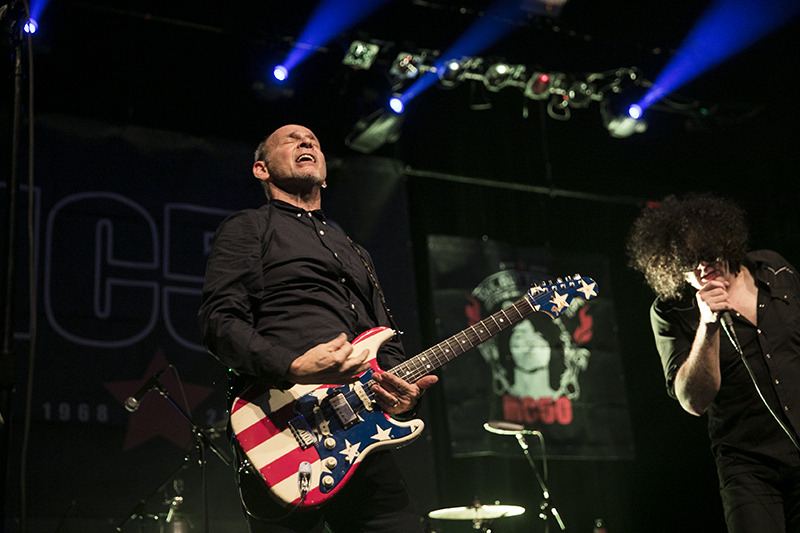 Formed in Lincoln Park, Michigan in 1964, they were influential in the Detroit music scene of the 70’s along with Iggy Pop and The Stooges, Ted Nugent, and Bob Seger. They played a blend of garage rock, psychedelic, and blues music, and their live shows were known for being rebellious, energetic and chaotic. Their career was short-lived; after putting out three albums, the band was dropped by their record label while swirling amongst a slew of personal and drug problems and getting into hot water with the authorities for their affiliations with the White Panther party, a militant leftist organization of white people working to assist the Black Panther party. They even went so far as to bring unloaded rifles onstage as part of their act and they performed at protests for the Vietnam war and the 1968 Democratic National Convention, which was broken up by a police riot. 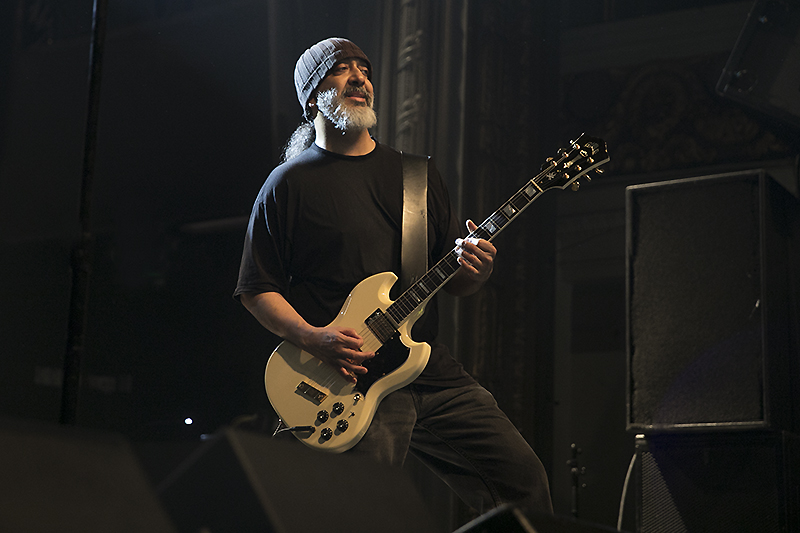 The record industry and influential media did their best to distance themselves from the MC5 and they never gained great commercial success. This may have added to their mystique and influence as they never appeared to “sell out” with popularity or financial gain which couldn’t be any more rock ‘n’ roll.

We were excited to see that Wayne was going to play the live debut album, Kick Out the Jams, from top to bottom in its entirety on this tour, but with three of the founding members being deceased (Rob Tyner on vocals, Fred “Sonic” Smith on guitar, and Michael Davis on bass) and drummer Dennis Thompson not joining them, how good could it be? Perhaps we’d get to hear a few hits and raise a fist and smile at Wayne for all his influence in modern music today but instead we were blown away by an ass-kicking show that was totally electrifying. 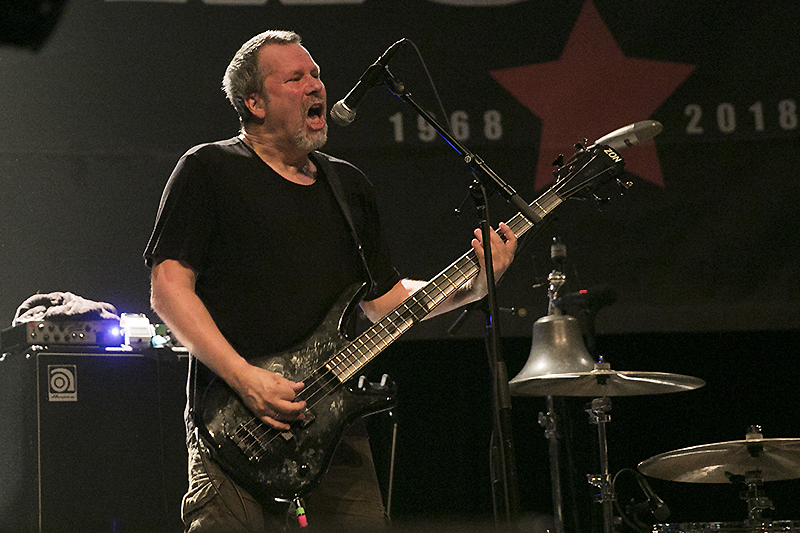 Kramer brought with him an all-star lineup of uber-talented musicians who seemed to love the MC5 as much as we do. The band consisted of Kim Thayil from Soundgarden on guitar, Brand Conty from Fugazi on drums, Billy Gould from Faith No More on bass, and Marcus Durant from Zen Guerilla on vocals. Both Gould and Durant are from San Francisco and the home town crowd recognized and adored them. The place wasn’t sold out but the people who were there were loud and enthusiastic and looking at each in disbelief because this was one of those rare shows that you talk about 20 years later and brag to people that “I was there.” 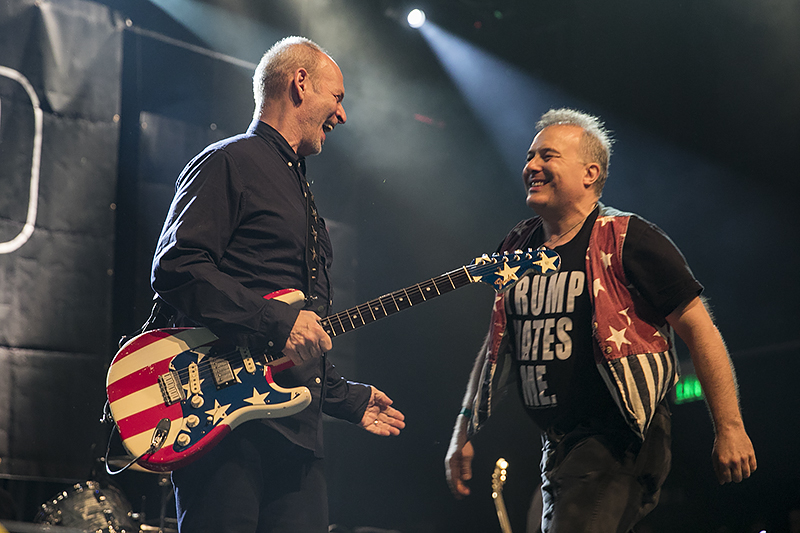 In typical San Francisco punk rock fashion, Jello Biafra came out onstage to introduce the band with a short political diatribe and encouragement to vote while adding an adorable fanboy comment about how the MC5 were “one of the most important bands of my life” before exiting the stage. The band hit the stage running with ‘Ramblin’ Rose’ with Kramer singing and playing his signature American flag Strat and they never slowed down. The set never got boring or embarrassingly nostalgic – Kramer felt like a firecracker about to explode and the band followed his lead. Two songs in and the shout of “Kick out the jams motherfuckers!!!” got the crowd totally excited. Old SF punks looked at each other in disbelief and the vibe was like something we haven’t seen since Soundgarden played the I-Beam years ago and Kim Thayil played that too! The band had a great chemistry and didn’t play the songs note for note, with a loose groove that added to the electricity. Drummer Conty has impeccable timing and seemed to play a hair ahead of the time which added to the excitement. Bass player Gould was totally in the pocket and with a tight rhythm section they could do no wrong. We really enjoyed singer Marcus Durant, who with his height and huge afro resembled and sounded a lot like the original singer Rob Tyner. He was super soulful with a Joe Cocker feel like he was on the verge of losing control. 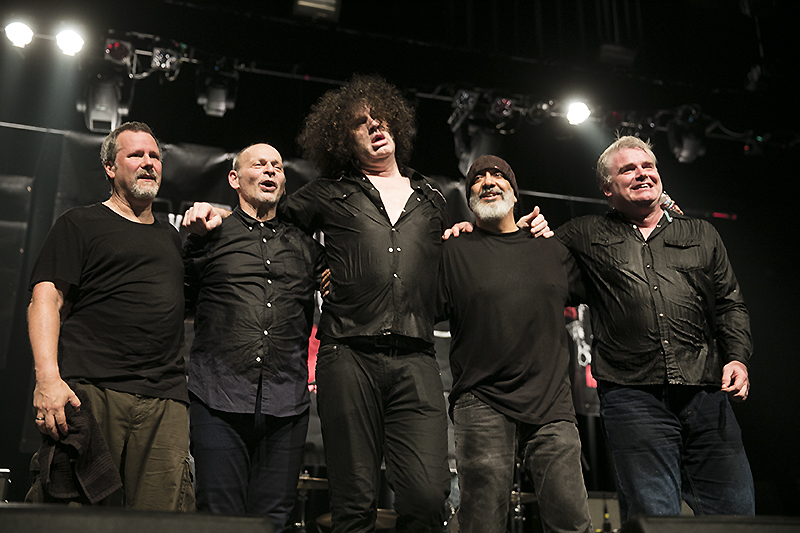 There were a few highlights such as the sing along during ‘Rocket Reducer No. 62 (Rama Lama Fa Fa Fa)’ and the spacey jazz ‘Starship’ jam that included horns and far out guitar sounds. They ended the show with ‘Looking at You’ which was a spirited punk rock anthem. Part of the proceeds of the show went to Kramer’s charity Jail Guitar Doors which he formed with Billy Bragg to help rehabilitate prisoners by giving them guitars and music lessons to play while incarcerated. A mission near and dear to Kramer’s heart after spending a few years in jail for drug charges back in the day. His newly released memoir The Hard Stuff: A Memoir by Wayne Kramer was also available for sale at the merch table. We’re looking forward to reading this as he seems to have lived an interesting life.

We were blown away by both opening acts as well. Both were unique and had great potential. Los Angeles based Starcrawler had a bit of a Black Sabbath/Hole vibe with a 70’s feel. Singer Arrow de Wilde came out in a white satin pantsuit looking as thin as Bowie during his Thin White Duke phase. Her performance was raw, angry and provocative. There were times where you worried if she was ok while she collapsed, pulled her hair out and spit up blood. Whatever was happening, she left a lasting impression and we couldn’t take our eyes off her. Openers Locus Pocus were equally entertaining. They had a totally unique sound but there were hints of the psychedelia of The Doors and interesting phrasing like the post punk band Japan. It was so exciting to see such great bands opening for a band that started it all. It was a great tribute to their legacy.

The tour is ending on October 30th in Detroit with an intimate show at Jack White’s Third Man Records on the 50th anniversary of the recording of album’s live recording at the Grande Ballroom. The show will be cut live to acetate and special guests will include Pearl Jam drummer Matt Cameron as well as Don Was. This looks to be an incredible evening for anyone lucky enough to get tickets. The rest of us will have to wait for the record release.

Here’s a slideshow with more photos of MC50 and Locus Pocus by Raymond Ahner:

Setlist:  Ramblin’ Rose | Kick Out the Jams | Come Together | Motor City Is Burning | Rocket Reducer No. 62 (Rama Lama Fa Fa Fa) | Borderline | I Want You Right Now | Starship | Tonight | Teenage Lust | Shakin’ Street | Future/Now | I Can Only Give You Everything (Them cover) | Call Me Animal || Sister Anne | Let Me Try | Looking at You

Find out more about Starcrawler here.