The most infamous black metal band of all time, Mayhem, came to Social Hall SF on a Monday night to perform their classic debut album De Mysteriis Dom Sathanas, one of the defining works of the genre. 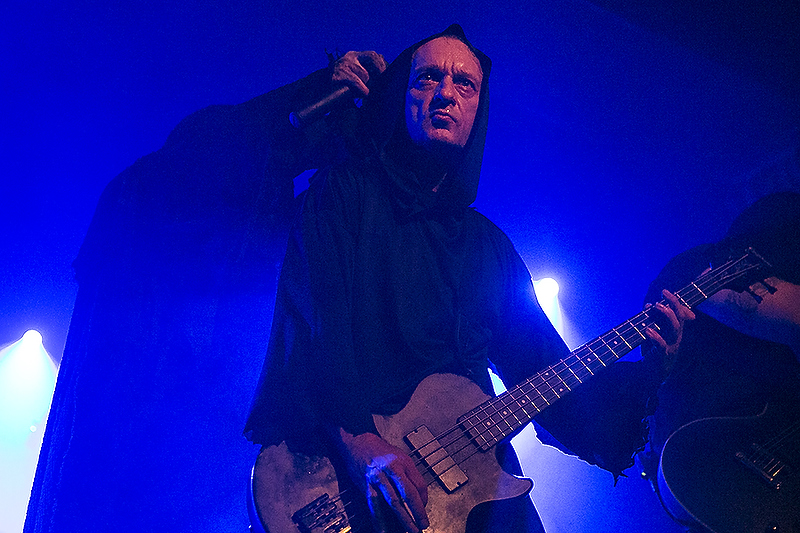 From the onset, it was clear that the band was going to take this incredibly seriously as they had adorned the stage with various scrolls and paintings of demonic and gothic nature. Set up in the middle of the stage in front of the drum kit was a small table with two candles and a skull on it. A backing track blared over the PA system as the stage filled with fog as the members of the band walked out on stage, clad in black cloaks with hoods covering their faces, before tearing into the opening track, the pummeling “Funeral Fog.” 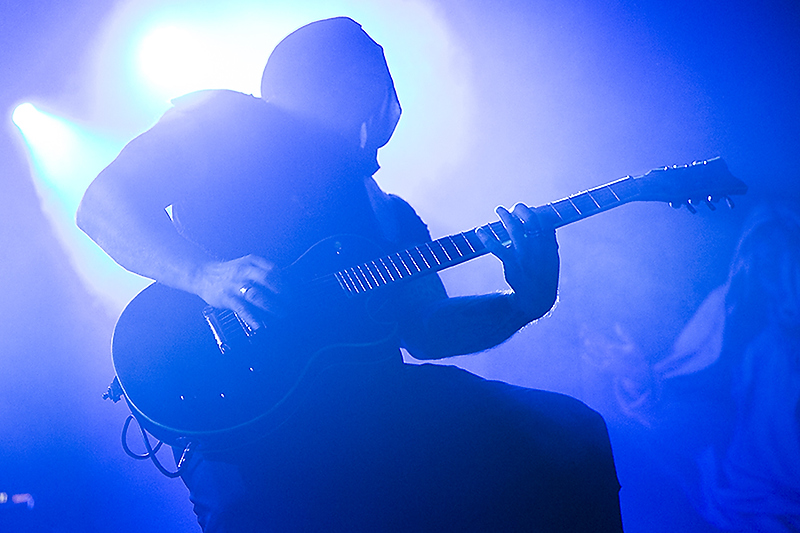 What transpired over the course of the next 50 or so minutes was a demonstration of the lasting power and influence the album still exerts over the entire black metal scene. Each song flowed into the next one masterfully, creating a whirlwind of chaotic metal played at almost unimaginable speeds. Special credit must be given to drummer Hellhammer, who effortlessly played with an inhuman level of speed and dexterity over the course of the set, never losing a beat. Guitarists Ghul and Teloch proved to be an intimidating tandem, creating a sheer wall of noise, providing the perfect backdrop for Attila Csihar to wail over. Csihar delivered the goods on this evening: roaring through each song with his trademark rasp, giving the whole moment an air of pure evil and malevolence. Bassist (and sole remaining original member) Nercobutcher also sounded incredible, with his aggressively distorted basslines driving the whole chaotic machine. 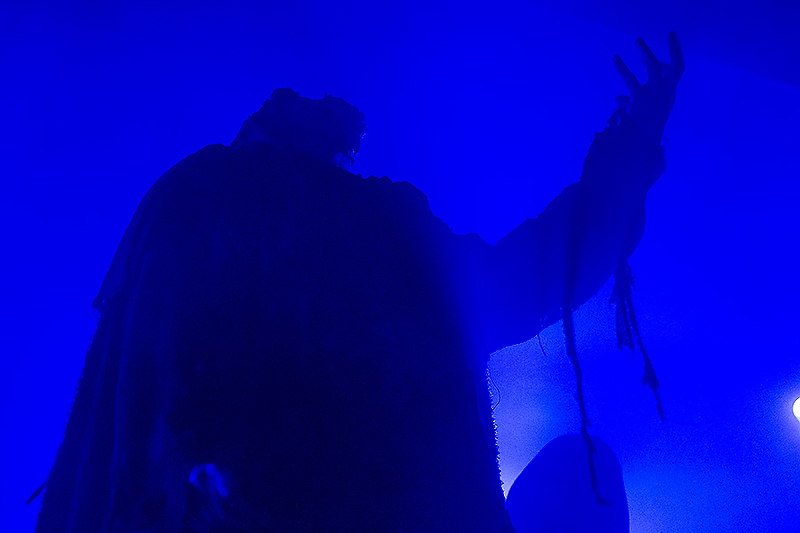 Due to the nature of the show it is hard to pick out any one song that stood out from the rest as this performance was so album oriented, however, the mid-set epic “Life Eternal” was especially powerful. The song begins with some searing drumming from Hellhammer before settling into a (for this band) slower and more plaintive section based around some more melodic guitar work. Then, seemingly out of nowhere the tempo increases to insane levels, rampaging through the final moments of the song in sinister and abrasive fashion before ending. 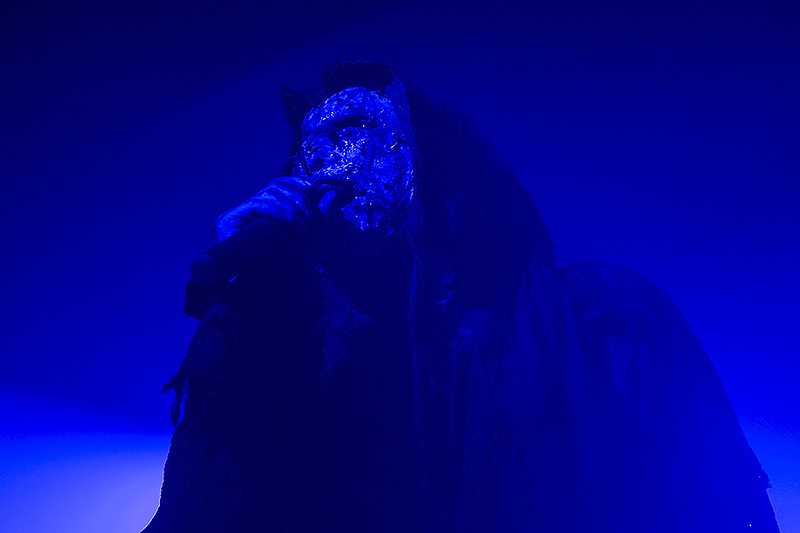 After finishing the album, the band took their bows and left the stage for good, with no extra songs or encores to be performed. In a day and age where so many bands feel the need to perform longer and longer sets, it was refreshing to see Mayhem abstain from doing so, as any extra music would have taken away from the singular impact of the album. The performance undoubtedly showed how powerful this new lineup of the band is, which will hopefully lead to more successful tours and albums from the group.