Few bands in today’s metal climate go the extra mile with stage production, and even fewer add finely detailed lighting enhancements set to their music.  In This Moment is one metal band that can tout all of the above, and then some. Their stage show, multiple costume changes, make up, and lighting are all top notch. In This Moment’s whole show wails with witchy originality. Founders Maria Brink (lead vocals) and Chris Howorth (lead guitar) layer their hard hitting, nu-ish gothic metal with Maria’s harmonic pipes like a well-rehearsed machine. 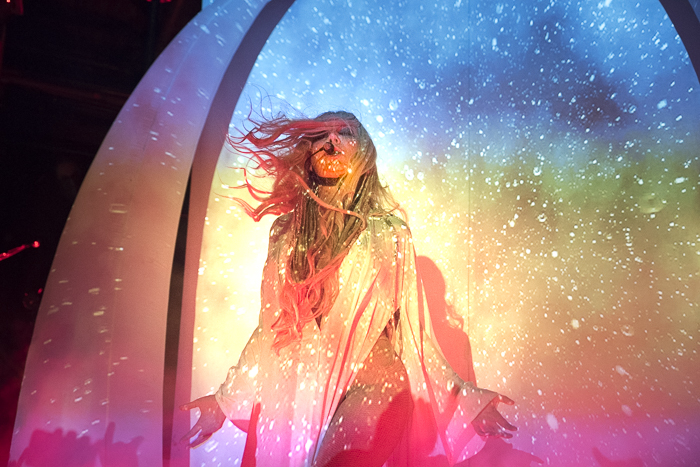 Although not as present on stage throughout the set, Travis Johnson (bass), Randy Weitzel (rhythm guitar), and Kent Dimmel (drums) set the tone for what always promises to be a most thrilling 90 minute+ set an audience has seen since Kiss’ Destroyer Tour in 1976. 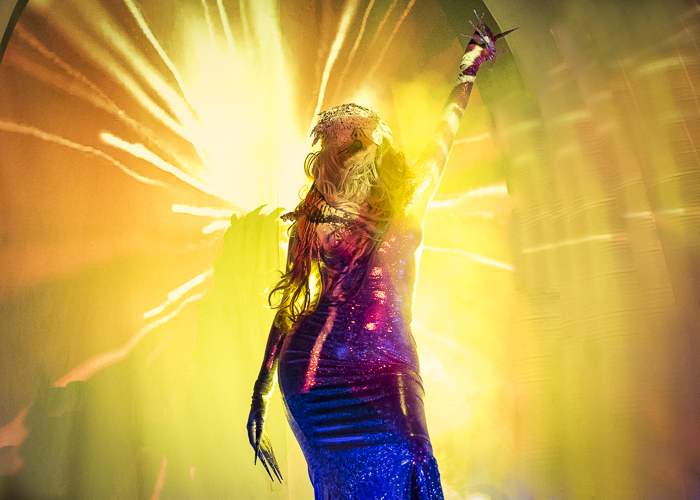 The Witching Hour tour brings to the stage a myriad of songs sampling all six of their recorded albums. Spanning the spectrum of their sound since inception; from their premier release in 2007 – the eerie, yet strong and thrashy Beautiful Tragedy (2007) to the recently released, apocalyptic album aptly named Ritual, which was launched in 2017.  Their industrial albums have been their most popular: Blood (2012) and Black Window (2014). 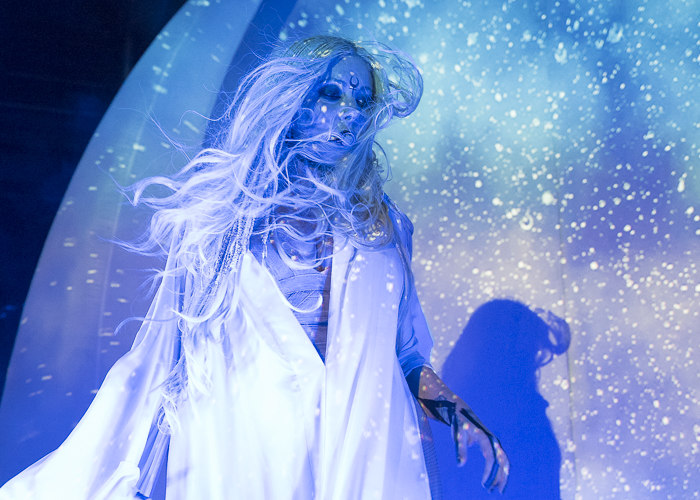 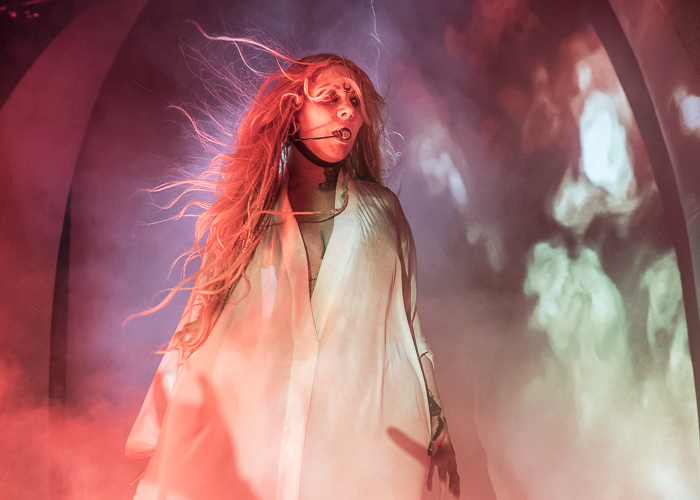 Midway through their set, Maria toned the vibe down a bit while sitting at a white piano to play “Lay Your Guns Down,” a haunting song about suicide from 2017’s album Ritual. This was the only energy reprieve her audience received however. The last half of the set slammed into motion with everything from a semi-tribute to Billy Idol with “[a nice night for a]Black Wedding,” featuring vocals by Rob Halford on the album (Ritual), to a phenomenally creepy version of In the Air (Phil Collins, 1981) and a mix of other genre defying tracks. As if that wasn’t enough, the audience was also treated to an instrumental Metallica “Ride the Lighting.” 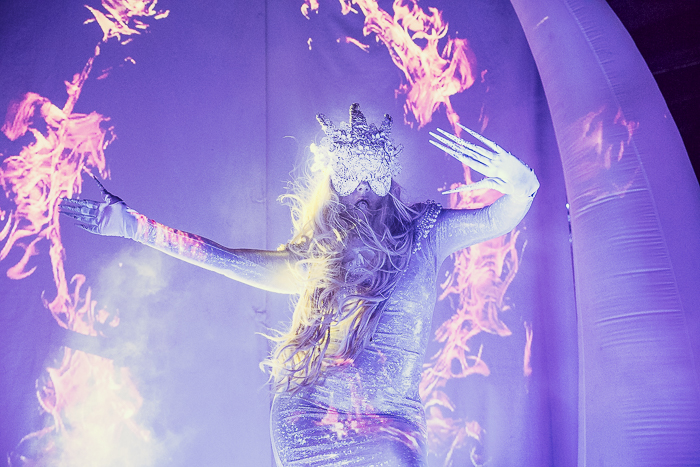 One thing for sure, this band’s lust for dramatic congregation won’t see them slowing down anytime soon. In This Moment has been touring relentlessly for the past few years, all over the world, and will be back through the Bay Area alongside Halestorm at San Francisco’s Warfield on August 23, 2018.

Here’s a slideshow with more photos of In This Moment by Pollen Heath:

Find out more about In This Moment on their website.