Mac Sabbath came to Slim’s on Monday night to feed an audience hungry for drive-thru metal with an epic setlist of fast-food themed versions of classic Black Sabbath songs. It was apparent from the opening moments of the set that the band had their schtick down to a science: rabid frontman Ronald Osbourne cavorted around the stage flipping burgers and singing about the evils of the fast-food industry while guitarist Slayer MacCheeze dished out some tasty takes on classic Tony Iommi riffs. All of this as the wild-looking Grimalice and the aptly named Cat Burglar keep the rhythms smooth and snappy. 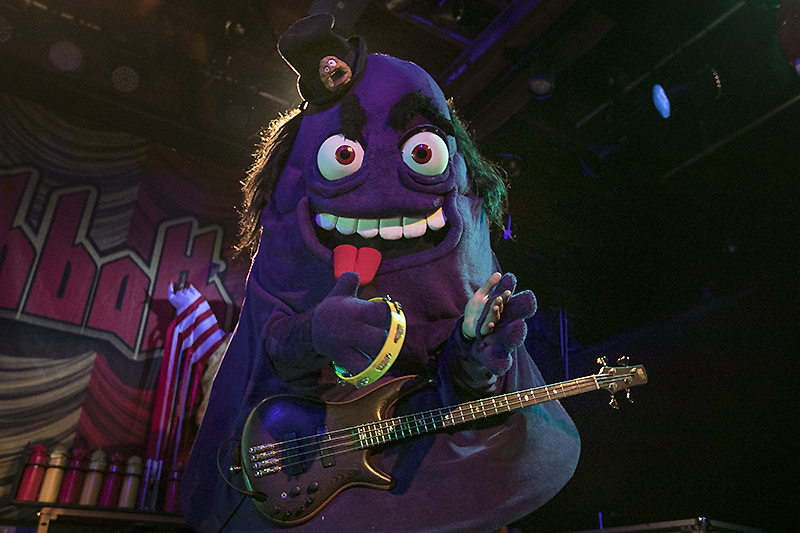 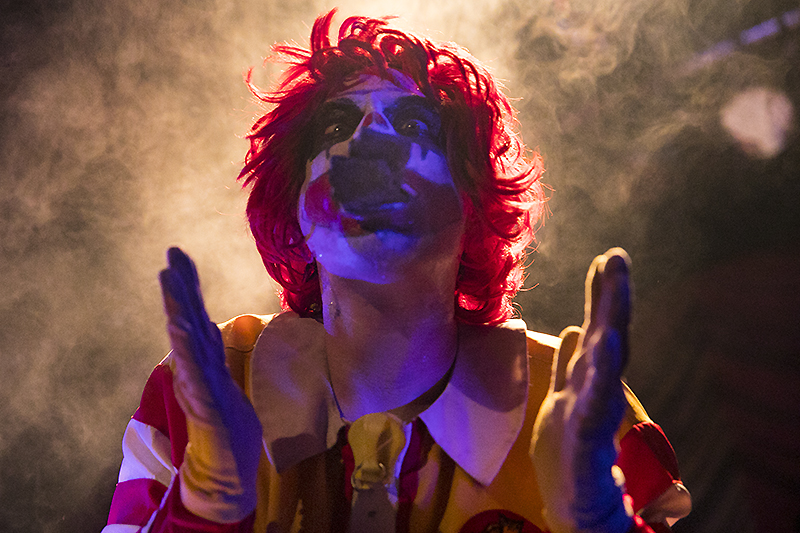 Well as it turns out, Mac Sabbath is more than just a gimmick band, as their take on classic Black Sabbath songs sounds impressive and fits perfectly with Osbourne ‘s satirical rants about fast food. Take the opener “Black Sandwich,” a twisted take on the legendary “Black Sabbath,” that blew fans away with its sheer ridiculousness. 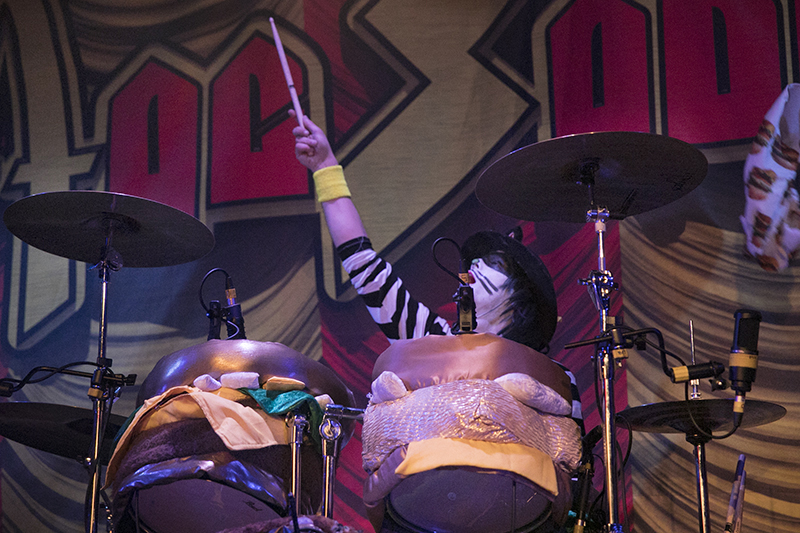 And much like Ozzy himself, this Osbourne knows how to work the crowd: taking the time in between each song to chat with the audience and get them laughing. Again, all of this would fall flat if the instrumentals were not rocking and convincing in their authenticity, such as their ferocious version of “Children of the Grave,” “Chicken for the Slaves.” Riding a galloping guitar figure, Osbourne went to work on the crowd with his humorous diatribe against Chicken McNuggets. 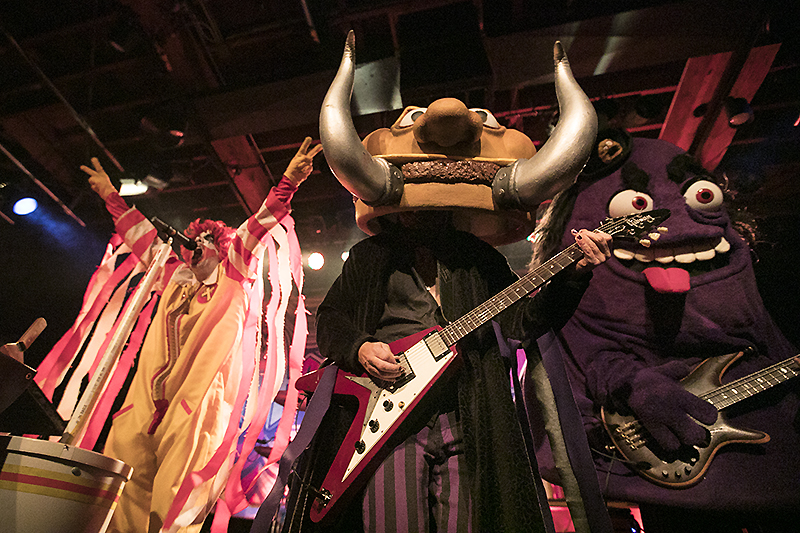 It was difficult not to consumed by both laughter and bewilderment of the whole spectacle, notably when Osbourne announced a new song, “GMO Blind.” A take on the Black Sabbath song “Snowblind,” a song dealing with the effects of cocaine abuse, “GMO Blind” was a hilarious criticism of genetically modified food. There were so many odd moments from the band that it was hard not to burst out laughing at every lame pun Osbourne threw out there. 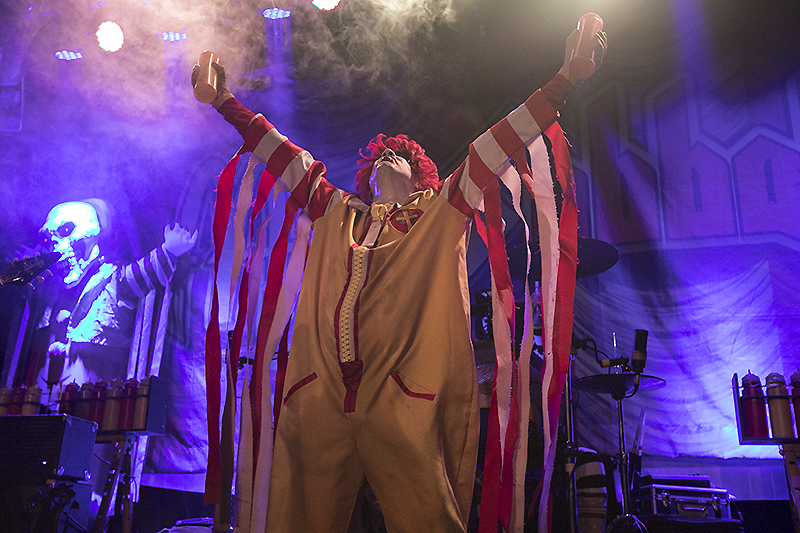 A moment of spontaneity happened towards the end of the set as the band broke into a solid cover of the Black Flag song “Nervous Breakdown,” a slab of hardcore ferocity that caused the crowd to break out into a swirling mosh pit. The band closed out the evening with a super-fast take on “Paranoid” in the form of “Pair-a-Buns,” a song that saw Ronald Osbourne leap into the audience to crowd surf, as an army of fans helped him make it all the way to the back of the venue before turning him around and carrying him back on stage. 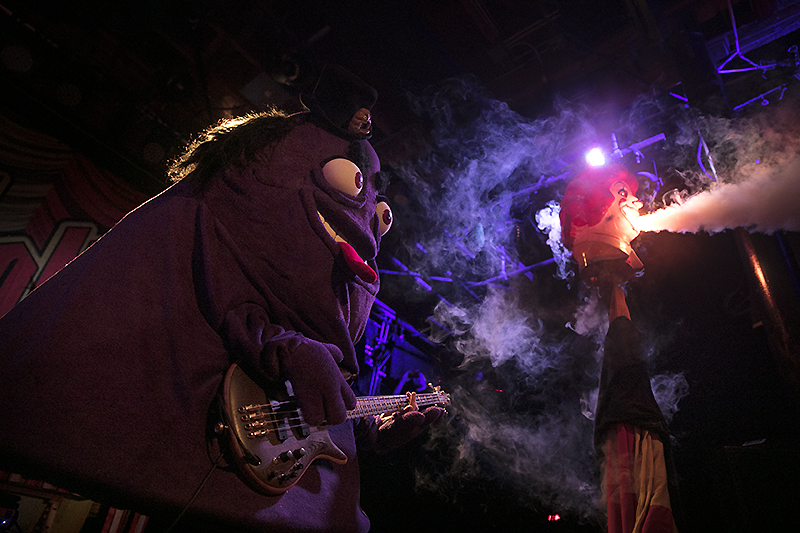 While metal fans may have never thought they had a hunger for fast food metal, Mac Sabbath put on such a convincing show that it makes one want to chomp down on a Big Mac while blasting some classic Black Sabbath songs.

Check out this slideshow with more photos of Mac Sabbath by Raymond Ahner:

Find out more about Mac Sabbath on their website.   http://www.officialmacsabbath.com/