Last weekend, Lyrics Born celebrated over 20 years in the music game with a big Saturday night show at the Independent in San Francisco. Long known as one of the Bay Area’s most exceptional underground hip-hop artists, Lyrics Born (aka Tsutoma “Tom” Shimura) recently released an excellent retrospective of his career called “Now Look What You’ve Done Lyrics Born! Greatest Hits!” 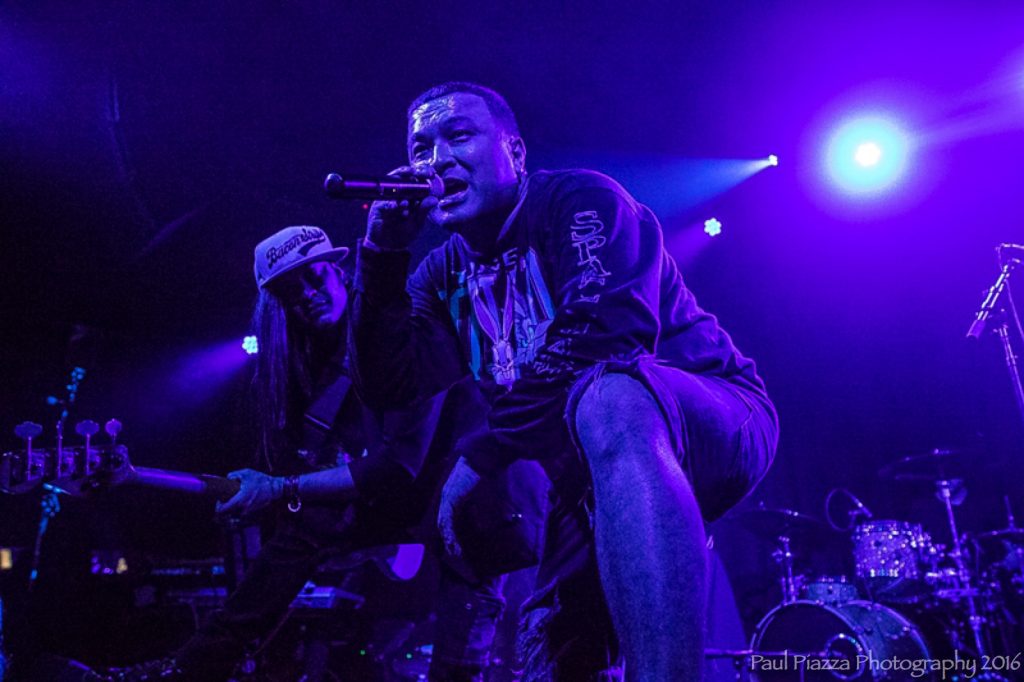 The prolific composer, producer, and performer had just returned from a show in Las Vegas and was primed to play the homecoming show. And on this night, he delivered many his most illustrious songs, along with a few surprises, during a lengthy set. His current band is quite sharp and is led by another Bay Area stalwart, bassist Uriah Duffy, who is a frequent collaborator.

Opening the show was D.J. Cutso, who mans the turntables for Lyrics Born. He played a solid warm-up set that included a spaced-out Tribe called Quest remix and a nod to Oakland’s Too Short. Next up was Dregs One (Reza Harris), whose set of energetic, poetic, and socially conscious raps had a serious Bay Area flair. 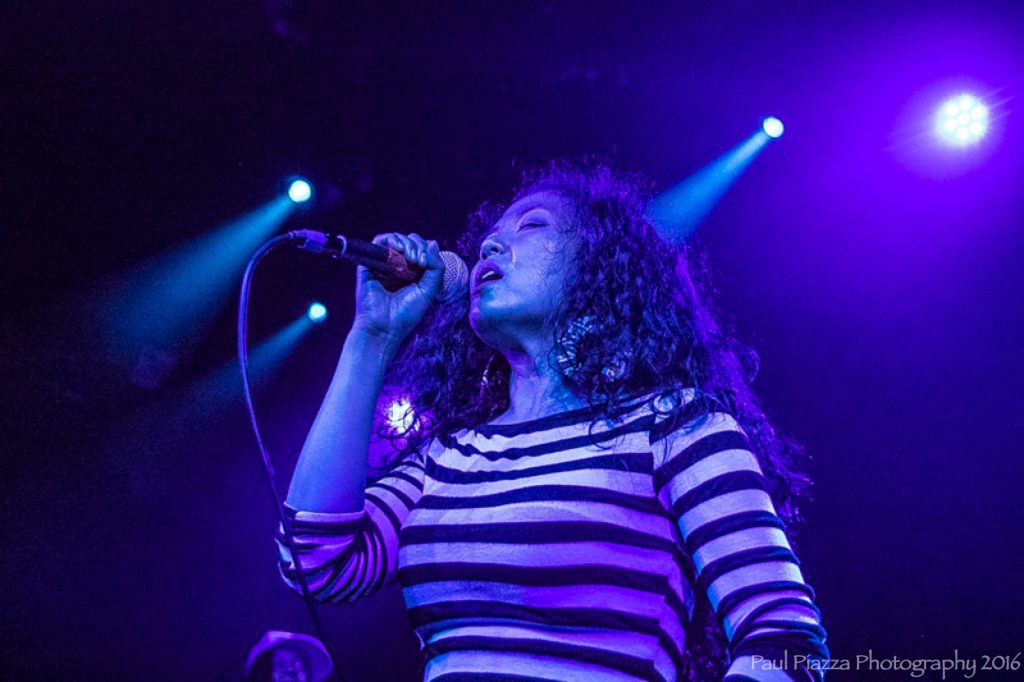 Right after 11PM, Lyrics Born hit the stage with a tidal wave of energy. With domestic partner in crime Joyo Velarde on the mic to his left and Duffy to his right, the rapper came out blazing. He had a band that included a drummer, a guitarist, a keyboardist, a trumpeter, and a trombonist. The setlist for this night ran two pages and 25 songs in length. It was apparent that this bunch was going to command the stage well past midnight. 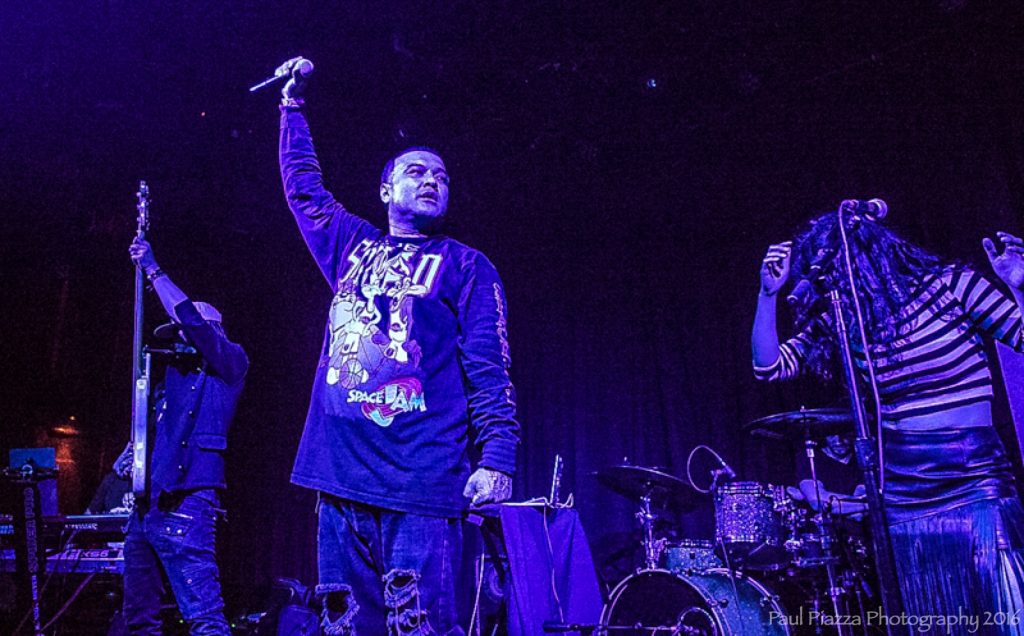 LB played many of his biggest tunes including “I Like It, I Love It,” “I Changed My Mind” and “Coulda Woulda Shoulda.” However, when he got a less than acceptable response from the crowd when trying to introduce “Callin’ Out” midway through the show, he stopped everything and demanded their engagement and energy. It was impressive to watch. Sort of like a hip hop dojo master class. When he the got the level of vitality he was looking for, he looked to Duffy, whose slinky funk bass line launched a powerhouse version of the song. Other show highlights included a few of cuts from the rapper’s organic, soulful NOLA-themed album “Real People,” including “Chest Wide Open,” the title track and “Rock-Rock Away.” 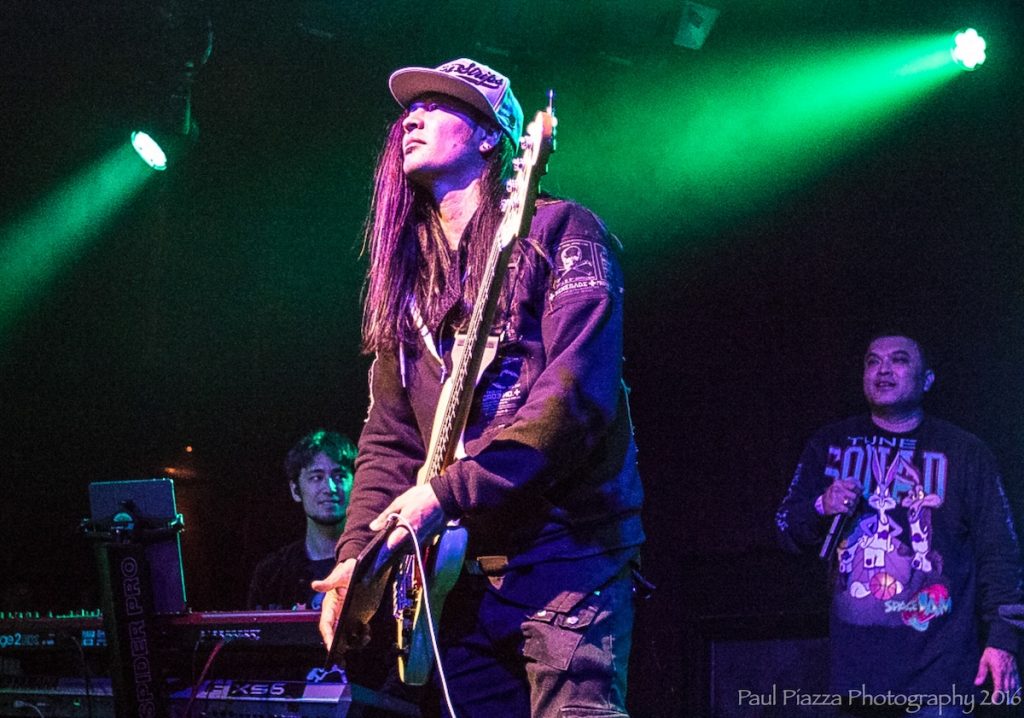 Watching Lyrics Born’s command of the stage is a sight to behold. The rapper has a stocky, compact build and seems to glide across the stage at times and explode with powerful moves the next. He’s seemingly always on point. His body language communicates that to the audience. Next to him, Velarde’s energy radiates through her powerful vocals and dynamite dance moves that get her hair swinging wildly around her mic stand. Duffy joined the pair as they bounced around the stage as well and all three levitated simultaneously a few times, much to the delight of the Saturday night crowd. 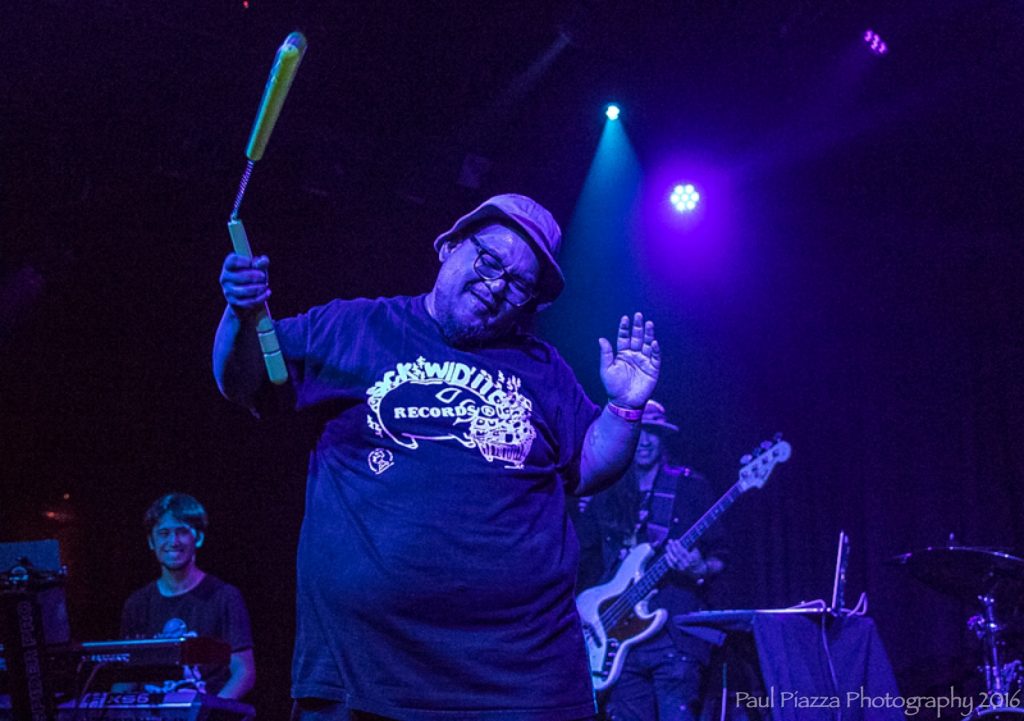 Late in the set, D.J. Cutso stepped out for a surprising nunchuck solo, displaying skills to an impressed but cautious audience, who took a step back from the stage as he deftly worked the sticks the way he works the turntables. 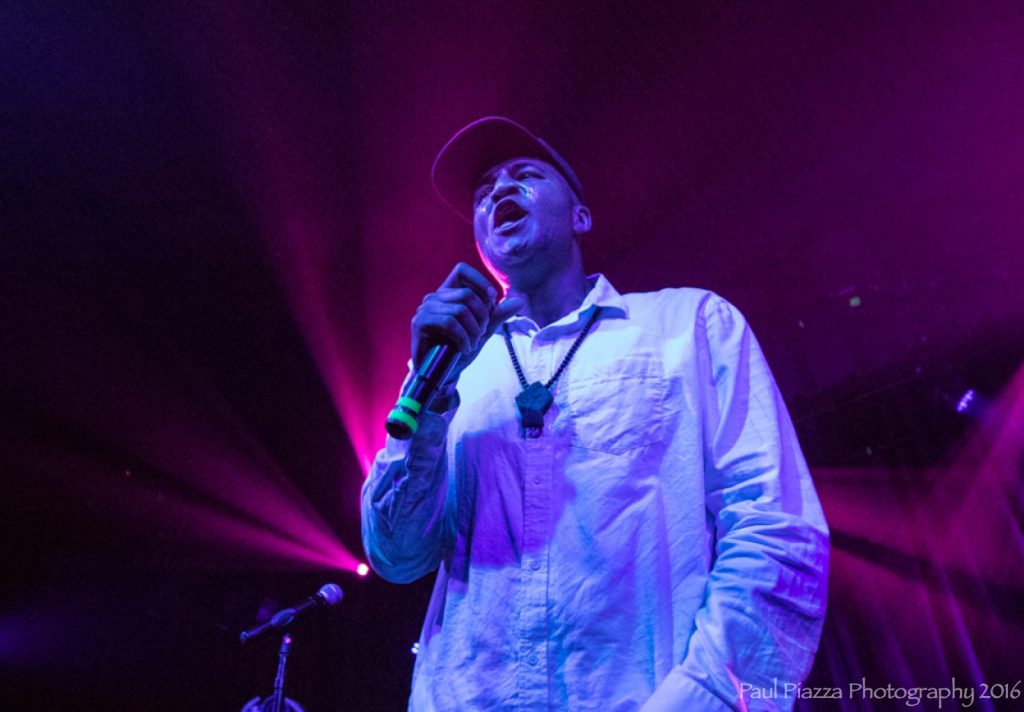 After the the set ended, the band came back for an impressive five song encore. It opened with a dramatic version of “It’s a Man’s Man’s Man’s World,” sung by LB, which brought to mind the fact that this guy is not just solid with the rhymes, he can sing too. A few years back he did an amazing James Brown/Curtis Mayfield tribute run. The encore also included one of LB’s biggest jams “I Changed My Mind” and closed out with the dark-themed and trippy “Bad Dreams.” 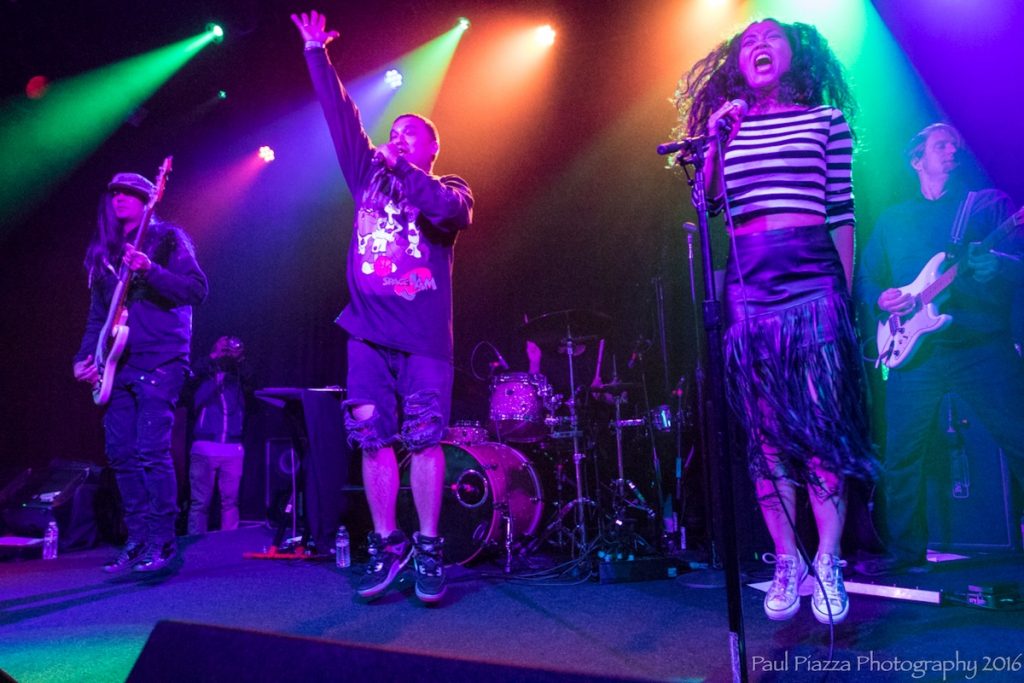 All in all, it was a solid show from one of the Bay Area’s, and arguably, one of the world’s top hip-hop artists. As Lyrics Born surges toward 25 years in the business with his integrity intact and his artistic level flying far above many in the business, one can be sure that we’ll in for more greatness because this hard-working lyrical virtuoso never puts out anything that’s less than top shelf and it always comes from the heart, and, as he rhymes in the song “Don’t Change”-“Cause I Stuck to Mm guns, I’m about the funk, can’t help myself, that’s the sound of love.”

For more information about Lyrics Born, see his website.