Lucero brought out the whiskey, women and their own unique style of kick ass rock ‘n’ roll to the Fillmore on a cold (for California) Saturday night. The band, formed in Memphis in 1998, blends punk, rock, and country with a touch of soul thrown in. In what some people like to call “Alt Country” this band goes a bit deeper than that with influences of The Replacements, Pogues, Merle Haggard, and George Jones thrown in. Are you curious yet? You should be. 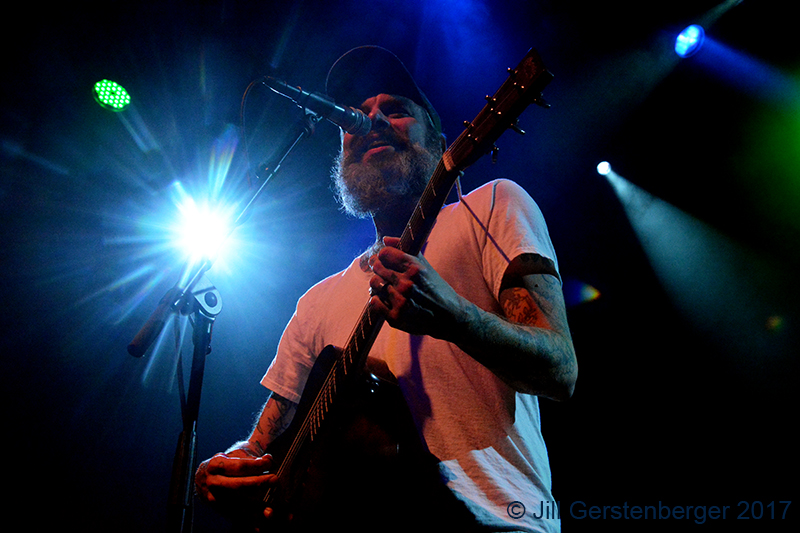 Lucero is a band that needs to be seen live and as they’ve been touring consistently for the past ten years, they really have their live set down. They’re the kind of band you drink your sorrows over after getting your heart broken and all you want to do is slow dance with a stranger at a bar. 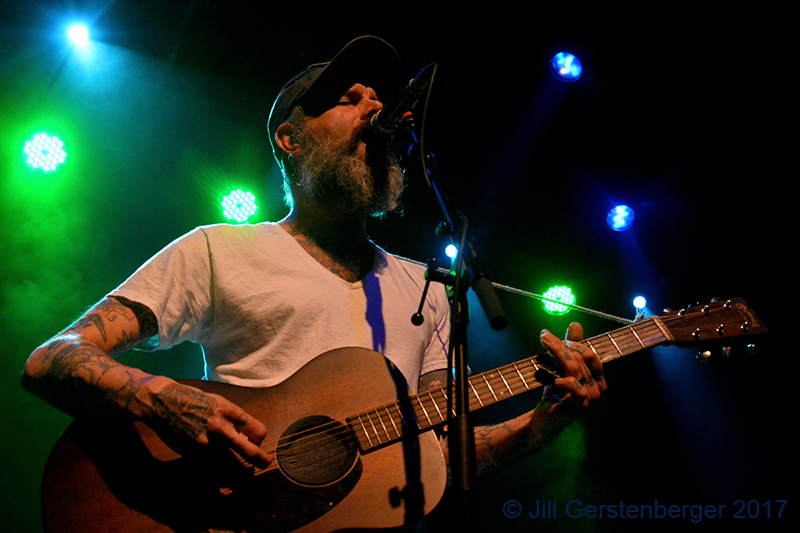 Singer/guitarist Ben Nichols looks like he may have been a punk rocker in his younger wilder days with his heavily tattooed arms and wicked grin. These days, he’s sporting a salt and pepper beard and wearing loose jeans and a baseball cap like your neighbor down the street who has the best advice. His voice is deep and grizzled and he sounds a bit like a younger Tom Waits. It works perfectly in the slower country style songs like the ones they opened with, “All Fall Down” and “Texas and Tennessee.” 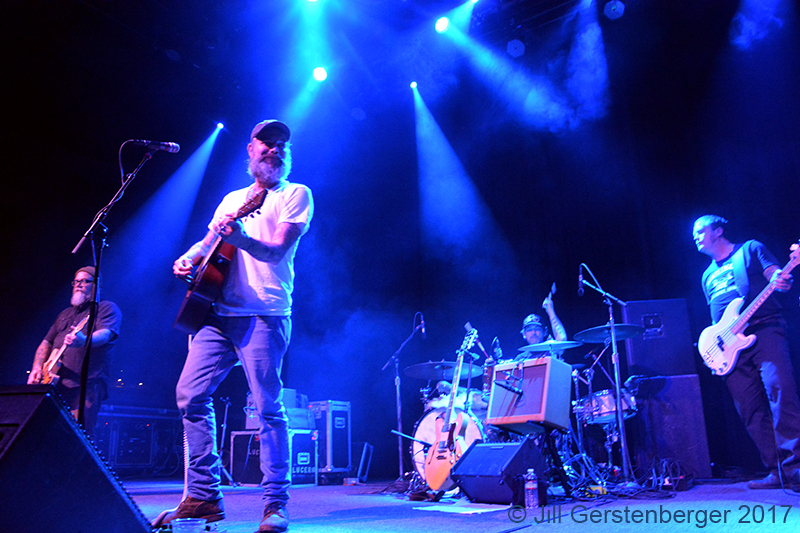 The packed crowd made up mostly of men in flannels and their good-looking girlfriends was drinking heavily and singing along from the start of the show. A few of them got a little raucous and had to be removed from the club but the party continued on for an almost two-hour set. A couple of the fan favorites were “Tears Don’t Matter Much” and “Nights Like These,” which had the entire crowd singing along and waving their drinks in the air. They did a powerful version of “Slow Dancing” followed by the Jawbreaker cover “Kiss the Bottle,” which showed off Rick Steff’s magic fingers on the keyboard. 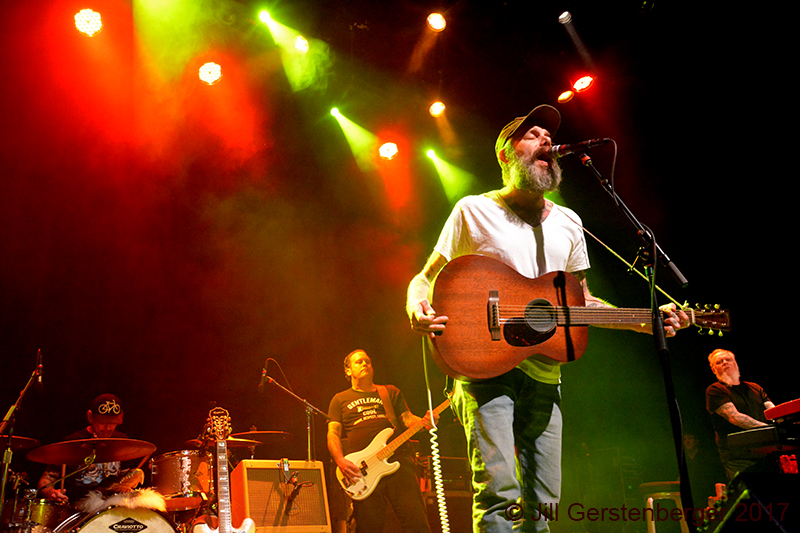 Steff picked up the accordion for the song “The War,” which Nichols introduced as being about his granddad and one he had to play every night. This was another one that the crowd obviously knew, mouthing or singing all the lyrics. They played a slow version of “Drink ‘Til We’re Gone” before coming back for an encore of “My Girl and Me in ‘93” and “Fistful of Tears.” If you get the chance to see Lucero out on the road, then don’t pass it by. They’re dishing up the rock ‘n’ roll the old fashioned way, with a lot of heart, soul and tears thrown in for good measure.

Opening for Lucero was Esme Patterson, founding member of the Denver based Indie/Pop group Paper Bird. Patterson hit the stage with a neon blue bobbed wig, a blue floor length kimono style wrap with white birds on it, and her black Telecaster. The crowd was mingling around aimlessly at the beginning of her set but she quickly won them over; they began whistling and cheering her on towards the end of her set. Her website lists her as indie/folk/pop but she sounded a bit more Seattle grunge with influences of Hole coming through. Her voice was sweet and soothing but with an element of punk rock. We’re definitely looking forward to hearing more from this gal.