Roger Daltrey has always been a rebel, constantly doing things on his own terms. From his early days growing up in London he has chosen to go his own way, back then swerving away from the prospects of higher education and directly into the path of the oncoming freight train of rock history. 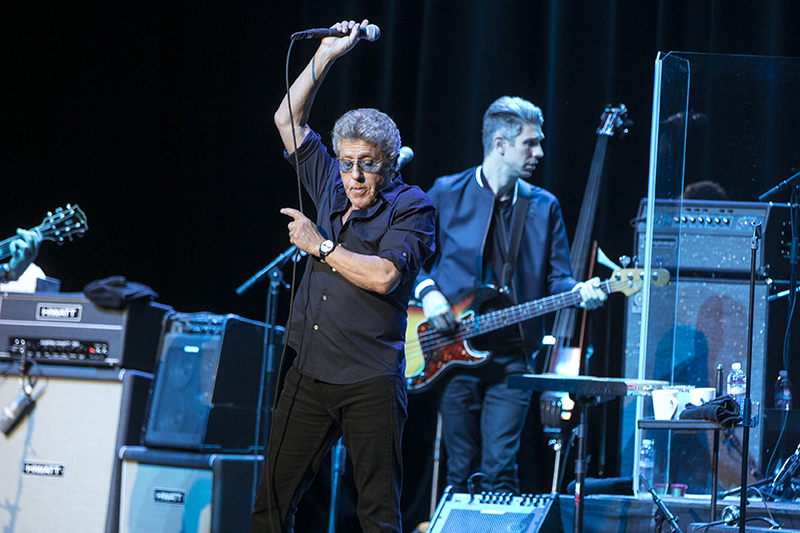 Fast forward to 2018, the now 74-year old Roger Daltrey still calls his own shots. In a somewhat unorthodox way to break the seal on his 2018 live performances, Daltrey chose to rock out in an interesting selection of western US cities, playing in Las Vegas, Stockton (??!!), and Oakland (Fox Theater) before heading back home to London to play Royal Albert Hall. 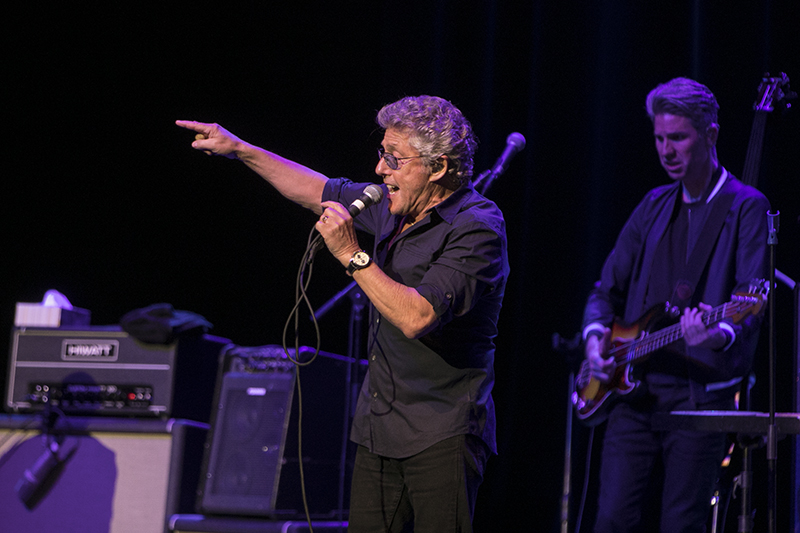 The show at The Fox in Oakland was accompanied by a considerable buzz (so much so even Jimmy Page was seen in the audience). The last time we saw Daltrey onstage in the Bay Area was back in August at Outside Lands with The Who, celebrating their fifty year career alongside guitarist Pete Townshend. So folks were intrigued to see what was next for Daltrey. 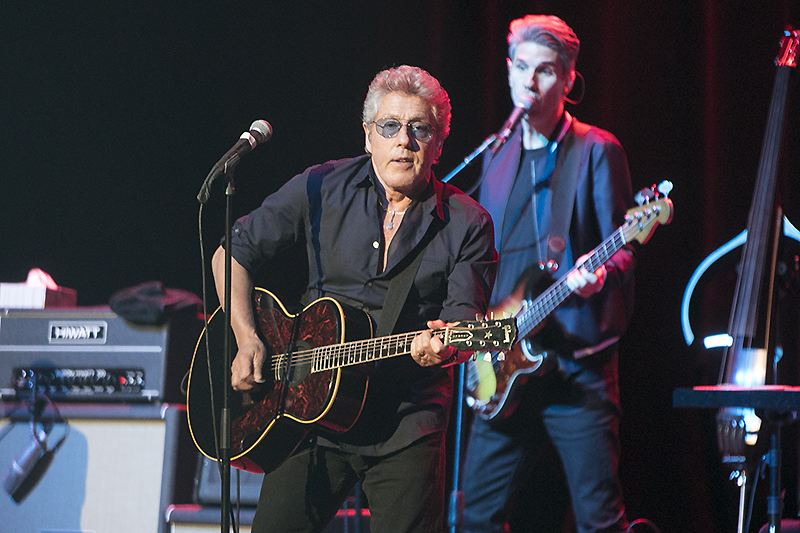 This time around the perspective for the show was distinctly unique in that Daltrey was simultaneously looking through a rear-view mirror and a crystal ball. While the set list was largely a retrospective of hits and rarities from The Who, it also highlighted songs from his solo catalog. Additionally, this was the official announcement day of the release of Daltrey’s forthcoming solo record, As Long As I Have You, which is due out June 1, 2018. 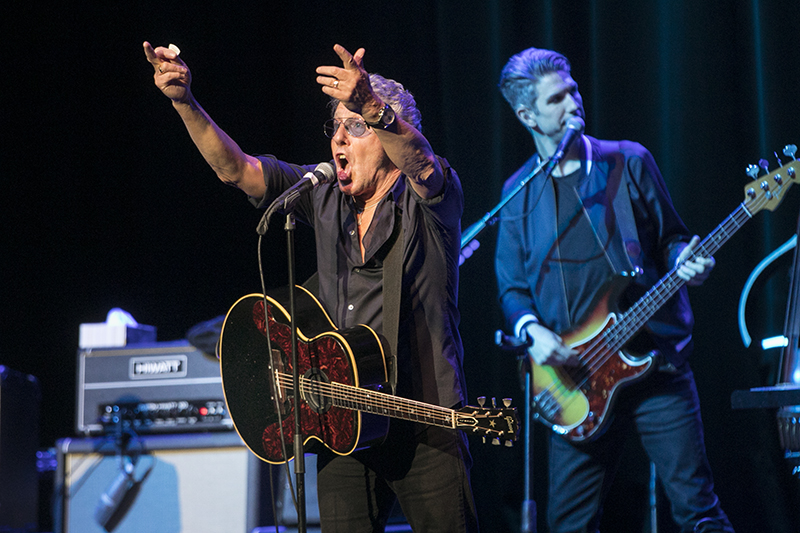 The tight crowd in the condensed seated-floor configuration of the Fox (high backed chairs all around) cheered loudly in anticipation of the iconic front man. When Daltrey and band emerged and started into ‘Overture’ and ‘Pinball Wizard’ from Tommy (1969), the seated crowd rose to their feet and let loose. Grown men and women whopping and hollering all around as if the songs were a portal back to hearing them for the first time. 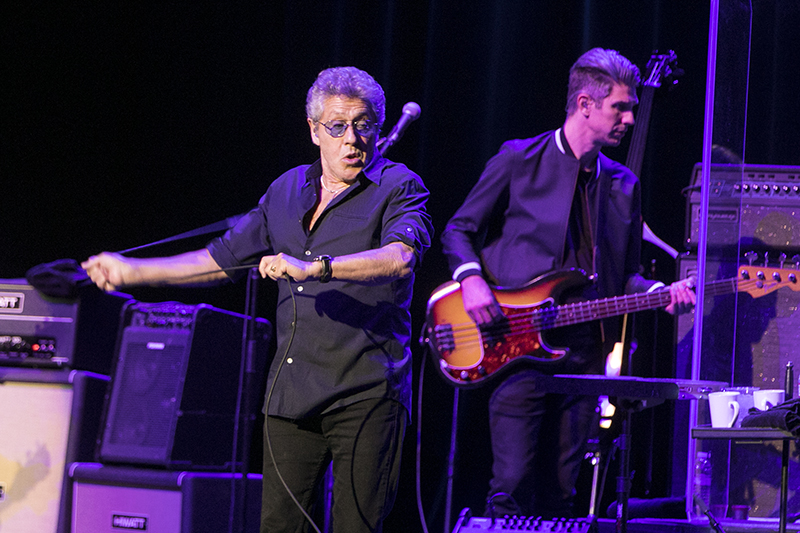 Daltrey looked fit and energetic, and was supported by the touring band of The Who sans Pete, but including his brother Simon Townshend (guitars), Frank Simes (guitars/keys), Jon Button (bass), Loren Gold (keys), and Scott Devours (drums). 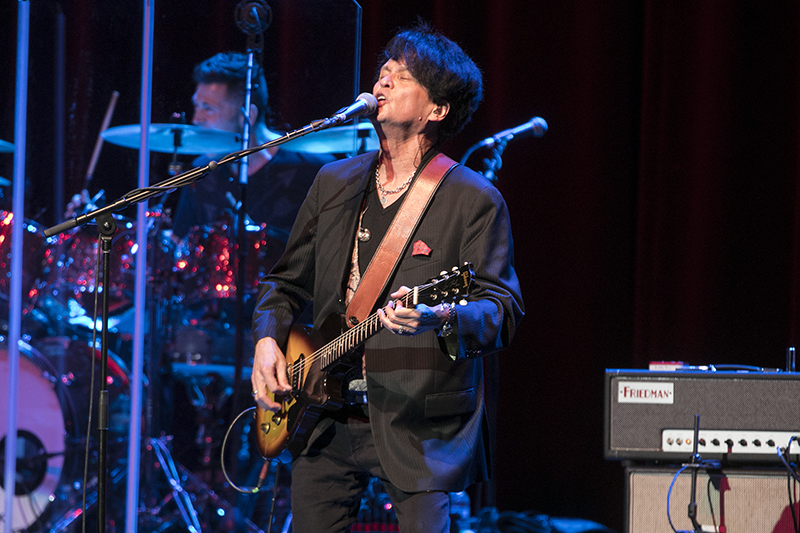 As the evening progressed, Daltrey exhibited a voice that is still very powerful, and one which seemed to get stronger with each song. After a raucous rendition of ‘Who Are You’ (Who Are You – 1978), he peppered in some political commentary about the surreal state of affairs surrounding the firing via tweet of former U.S. Secretary of State Rex Tillerson before tearing through ‘Another Tricky Day’ (Face Dances – 1982). 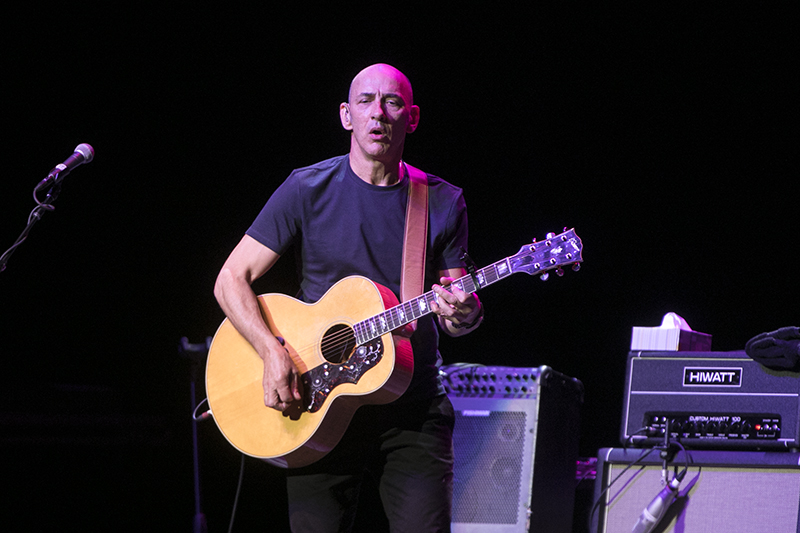 With the confidence of having a very tight musical outfit behind him, Daltrey held court as if the Fox were his own. He told the story of going to work as a sheet metal worker at age 15 and how it inspired him to write ‘Days of Light’ (Rocks In The Head – 1992). Then he went about performing it with a bright eyed, optimistic voice which was held up by the chugging beat provided by his band. 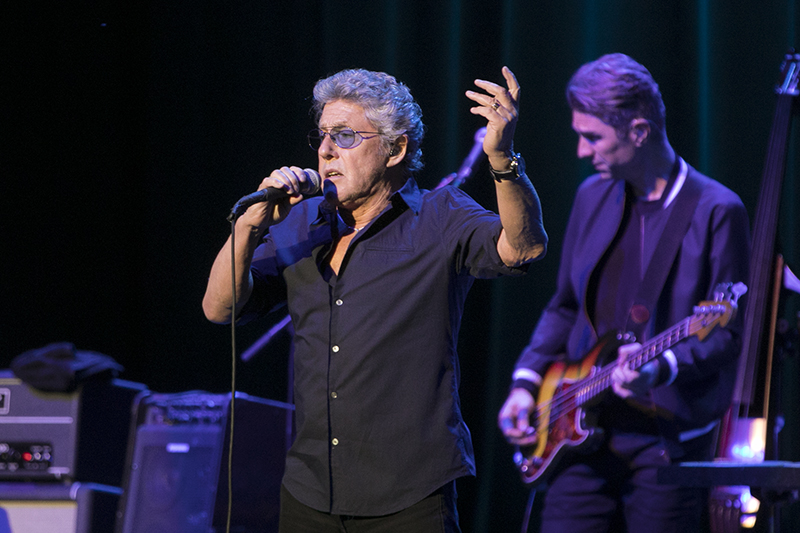 Going on a run which saw a scorching version of ‘The Real Me’  (Quadrophenia – 1974) through to  absolutely lighting up the Fox with ‘Baba O’Riley’ (Who’s Next – 1971),  Daltrey seemed to be genuinely enjoying himself as he ranged around the stage addressing fans and even breaking out his timeless microphone cord twirl. 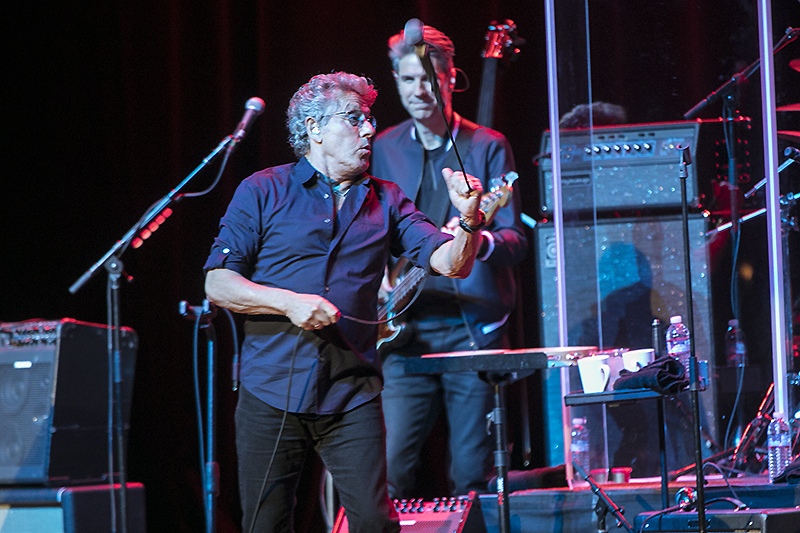 Fittingly he ended the evening looking squarely into the future, delivering a very spiritually uplifting version of ‘Always Heading Home’ from his just announced forthcoming summer release. Through all the chaos that Daltrey has seen and created in his career, this new tune showed a very bright north star for where he is going. In the case of the next stop of his tour after the Fox, he is truly going home…to Royal Albert Hall in London.