Shoreline Amphitheater buzzed with swarms of music fans across genres and ages for LIVE 105’s annual BFD festival. Boasting a line-up of over thirty bands, the alternative radio station’s daylong concert featured four stages showcasing an array of local and mainstream talent. Powerhouse performers and promising new artists made for a day living up to its name: a big fucking deal. 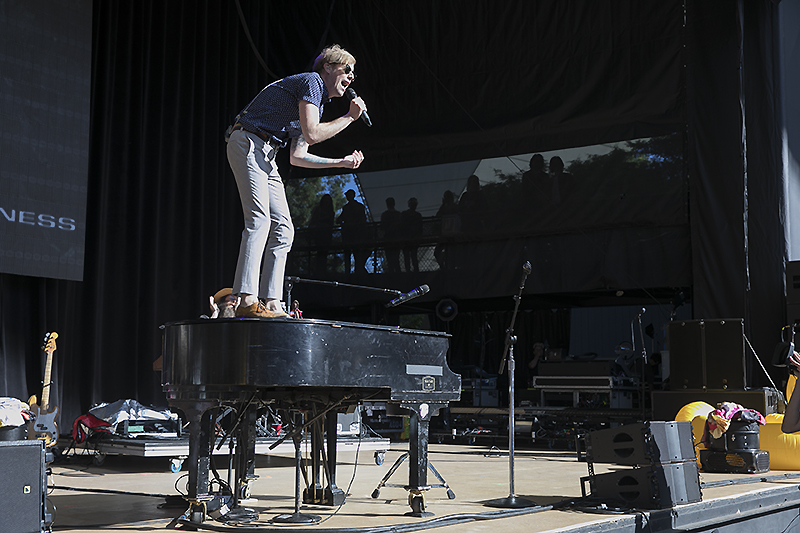 Andrew McMahon in The Wilderness

Six hours after doors opened at Shoreline, the main amphitheater buzzed as the night’s headliners began to take the stage. Andrew McMahon in the Wilderness kicked off the main stage with radio hit “Fire Escape.” Sporting the slick coif and almost-too-short slacks we have come to expect from the seasoned performer, McMahon strutted around the stage with his usual enthusiastic energy. “Canyon Moon” had McMahon jumping into the seats to dance with the audience, and hit single “Cecilia and the Satellite” left the venue loudly singing along. German duo Milky Chance took the stage next. Songs like groovy folk “Ego” and the almost tropical syncopation of “Blossom” provided a pleasant, mellow set-the musical equivalent of digging your toes into warm sand. 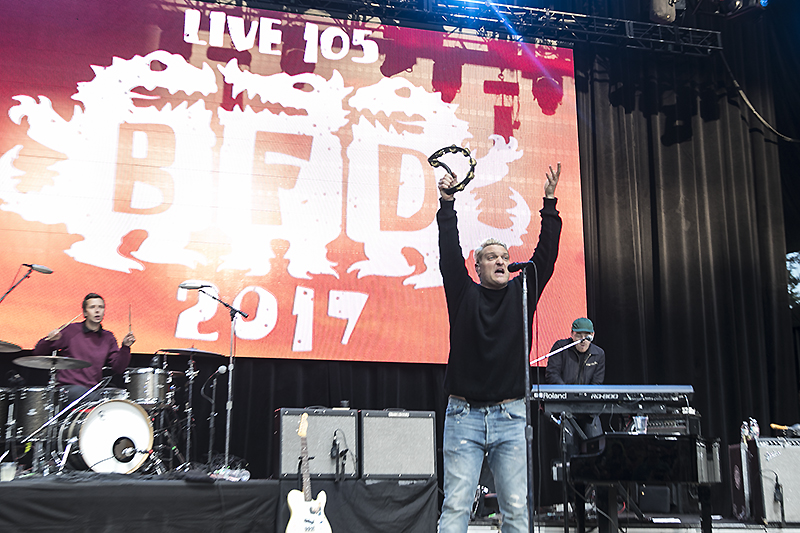 Cold War Kids plunged into a high-energy performance that made it clear why they were billed as a headliner. The driving guitar groove of “Hang Me Up to Dry” had most of the audience on its feet and the band’s interpretation of Rihanna’s “Love on the Brain” brought a refreshing genre shift. Scottish rockers Franz Ferdinand sustained the explosive energy of the day with dynamic guitar riffs and Alex Kapranos’s distinct croon, sweeping the audience into the band’s seasoned enthusiasm. Well-known punk-infused favorites like “No You Girls” and “Do You Want To” echoed as the sun set on the fully packed amphitheater, thousands of voices singing along. The opening guitar of “Take Me Out” was met with instant audience recognition as any remaining stragglers not already dancing jumped to their feet to bounce around to the breakout hit. 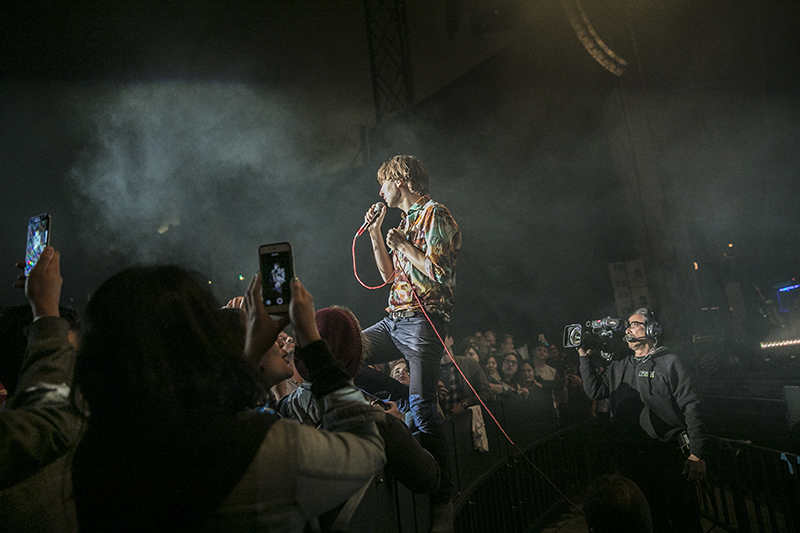 The night’s undeniable favorite was Phoenix, dazzling on all counts. The Parisian rockers performed on a raised, LED light stage platform. The elaborate design was completed with a massive slanted mirror behind the band, which reflected the already impressive light show at their feet. Groovy guitar, bouncy synth, and front man Thomas Mars’s unique voice easily sparked an electric energy through the crowd. The dreamlike instrumentals of “Love Like a Sunset” parts one and two preceded the positively epic medley of “If I Ever Feel Better” and “Funky Squaredance.” Ending the night was the band’s most popular hit “1901.” The beginning synth notes left the crowd erupting in cheers, sending the thousands of fans packing the venue to their feet. 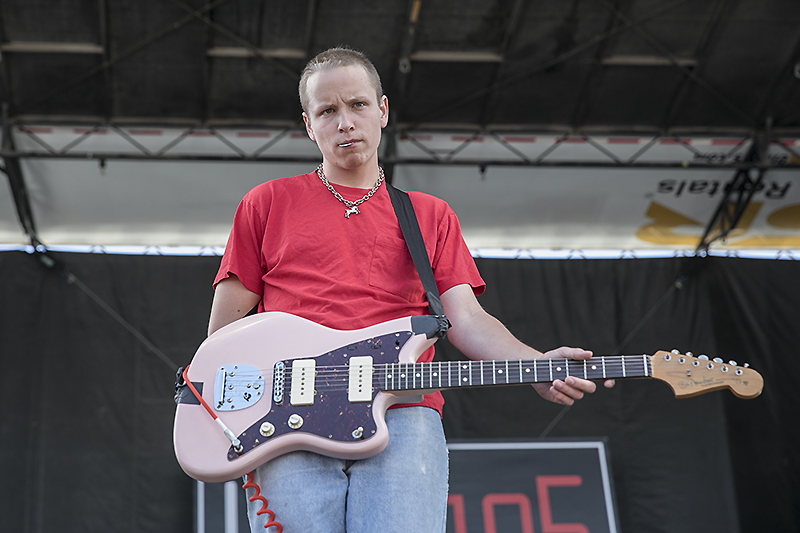 Before the main stage opened, BFD’s festival stage was the epicenter of much of the day’s heavy-hitting performers. Rock trio Dreamers started the day off with a fun but all-too-short set, featuring their hit “Sweet Disaster.” SWMRS brought fervent intensity and gritty punk vocals next. The Oakland natives fed off a responsive crowd during “Miley” and “Drive North,” leaving a whirlwind of manic energy on the stage. Electronic duo MISSIO surprised with a set of contagious fun. Singer Matthew Brue’s voice stood up to the more melodic parts of “Darth Vader” and creeping “Bottom of the Deep Blue Sea,” and a mix of live and electronic instruments gave the arrangements a compelling depth. 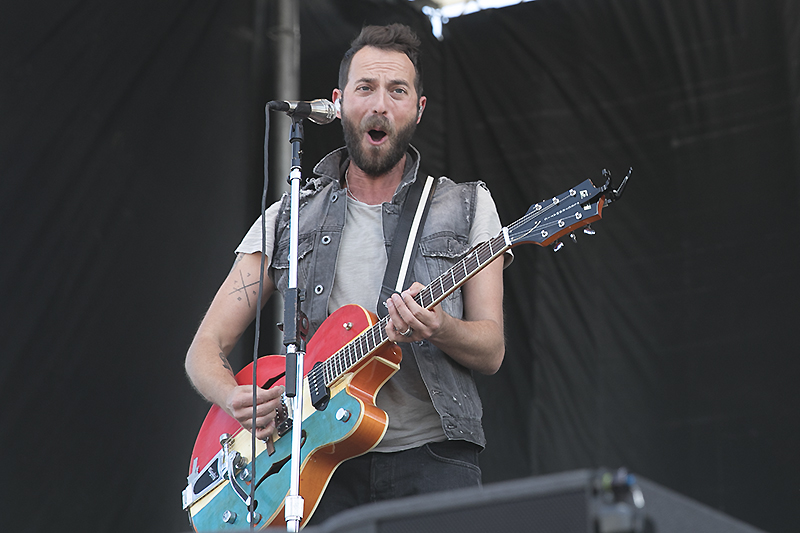 Mondo Cozmo solidified a spot as rising stars with a boisterous performance of driving, stomp-worthy rock. From danceable “Higher” to acoustic, gravely “Hold Onto Me”, Mondo Cozmo wrapped the audience up in their irresistible energy. Throughout the day, other artists, including LP and Andrew McMahon, were quick to acknowledge the band’s rugged, bluesy sound. LP’s commanding voice followed. Flawless falsetto and an imploring performance of “Into the Wild” rounded out a characteristically impressive set. Marian Hill brought hit song “Down” and treated the audience to a set of chilled-out electronic music. Steve Davit, the duo’s touring saxophonist, nearly stole the show with an explosive solo. 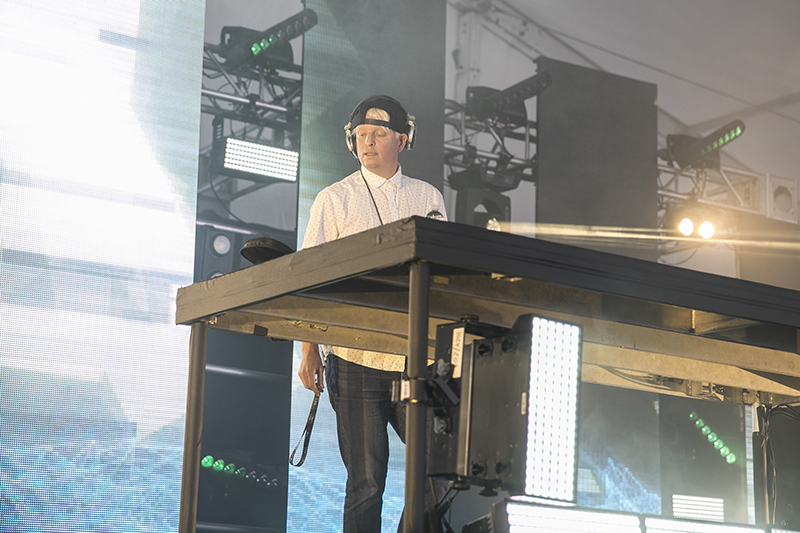 The BFD subsonic tent housed a nearly twelve-hour long rave, featuring a lineup of DJs and producers from across the state. A steady stream of fans trickled into the large venue, treated to EDM sets from local artists Qrion and High Society, and Live 105’s own DJ Aaron Axelsen. Live band Powers switched up the genre with bouncy, high-energy rock and powerhouse vocals. The crowd fed easily off the duo’s infectious energy, bobbing and jumping to undeniably fun tracks “Dance” and “Hot.” San Jose native Getter rounded out the night with an EDM set that, while not the most engaging or interesting of the day, seemed to keep his fans raucous and happy. 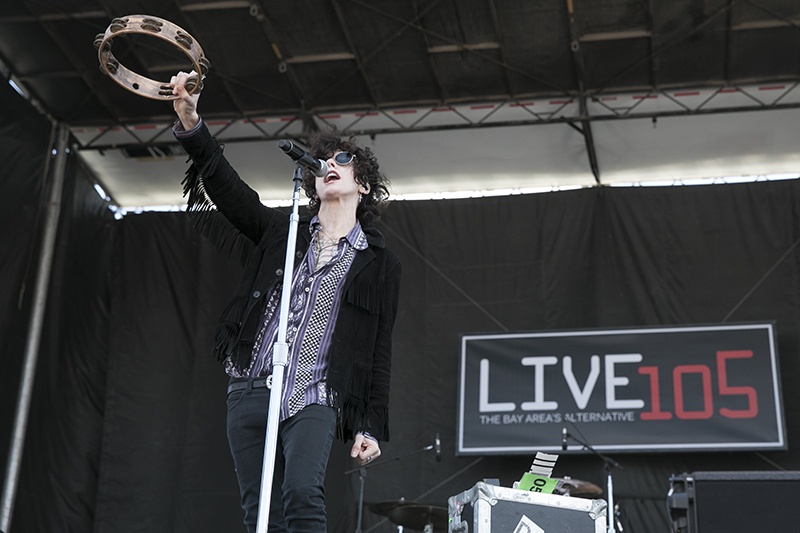 Throughout the day, the local stage provided a promising lineup of Bay Area talent. Indie rock band Death by Fireworks delighted with distinctive vocals and charming melodies, earning their status as ones to watch. San Francisco ensemble Picture Atlantic brought impressive energy to their set of enjoyable, if rather standard, alternative jams. Birthday, a pop trio formed in Oakland, were favorites. While earlier sets had most audience members watching from the grass, frontman Duran Visek’s charisma paired with the band’s dreamy, ethereal arrangements brought an enthusiastic group to the stage barricade. Birthday’s performance of synth-driven croon “Babyface” provided a noticeable standout of the festival’s entire duration.

Here’s a slideshow with more photos of Live 105’s BFD by Raymond Ahner:

For more information on the performers, click on the links below: