The second night of the Not So Silent Night concert series encapsulated the sound of two decades of Live 105 San Francisco Bay Area music, bringing together an eclectic mix of old and new bands, young and old crowd members, showing just how much alternative music has grown in the music scene over the past twenty years since the concert started. 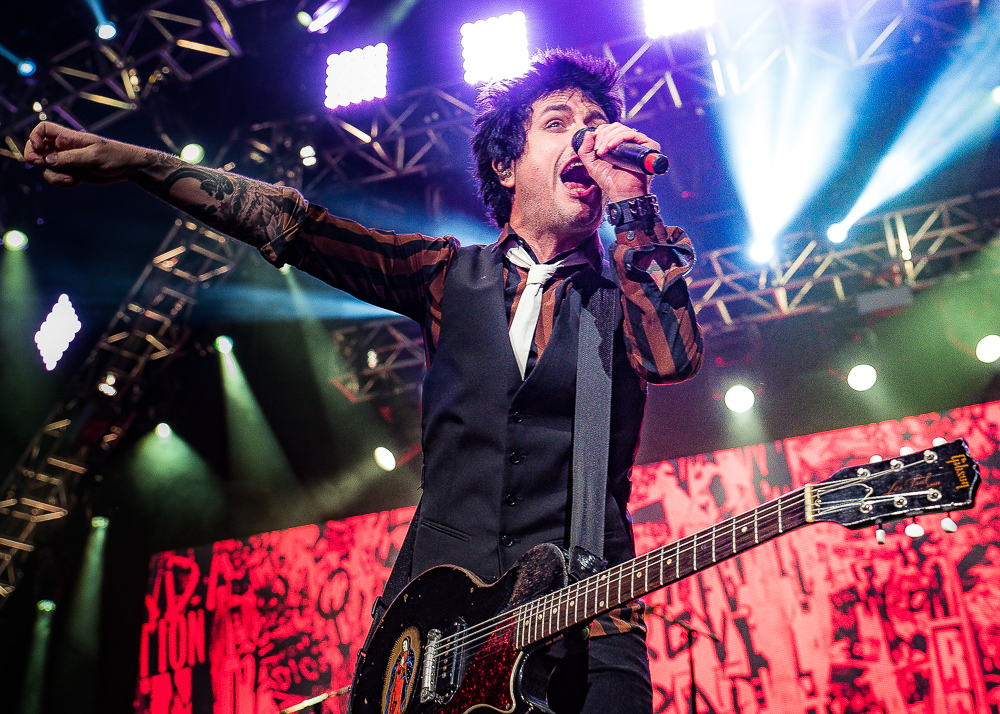 Green Day knows how to work a crowd into frenzy and did so quickly and easily, kicking off the set with their mega hits “American Idiot,” “Holiday,” and “Do You Know Your Enemy.” Green Day duped the crowd into singing by itself with no music, by abruptly ending songs, teasing the audience, and then putting the music back to life again. Half the time, singer and guitarist Billy Joe Armstrong would stop singing and the audience would loudly carry on the vocals by themselves for a minute at a time. During the musical parts in the songs, the band would draw them out to get the audience clapping along and raising their fists. 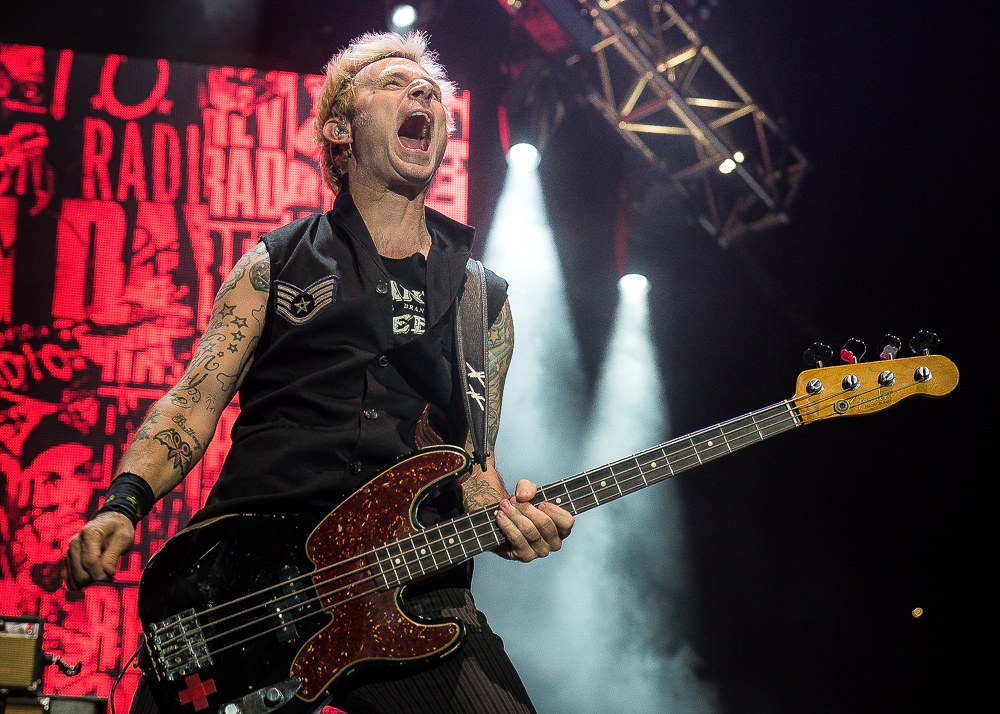 Being hometown heroes, Green Day elicited an even more than typical enthusiastic crowd response when they shouted out “East Bay forever!,” recalling their history playing at the hardcore punk rock club 924 Gillman in Berkeley in the 80s between musical parts of the song “I Walk Alone.” Being a band for 30 years, Green Day has an absurdly deep catalog of music, and so unsurprisingly every single song they played was a hit. 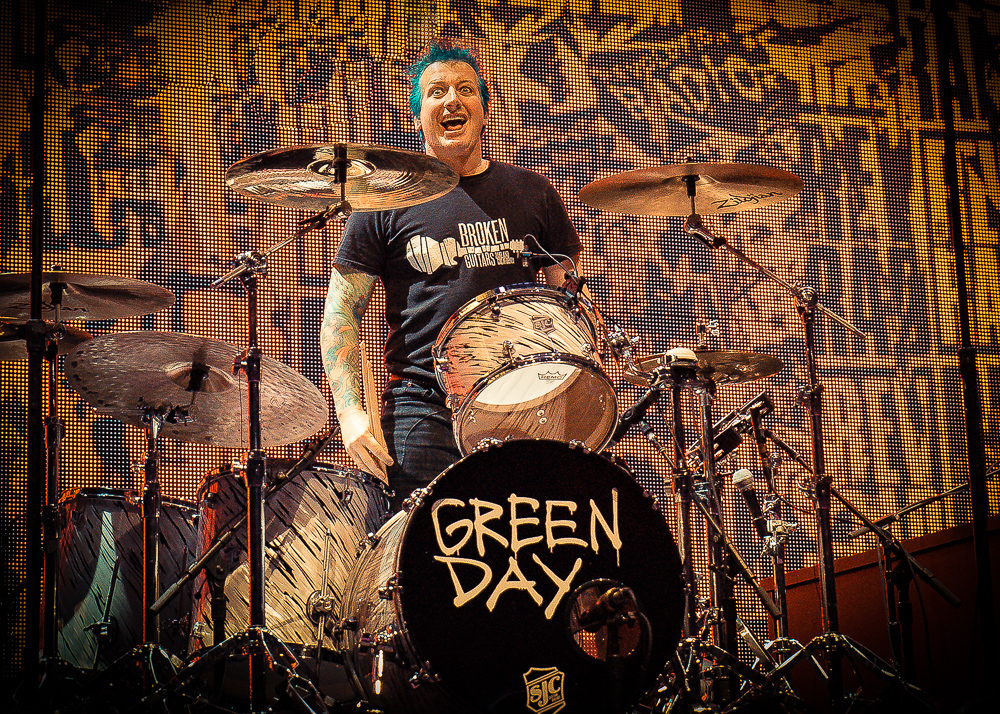 The most memorable moment occurred during the song “Long View,” when Armstrong called up an audience member to the stage to play guitar. The guest audience guitarist, who was about fourteen or fifteen years old, got to live out his lifelong fantasy jamming with the band and did a humorous guitar solo. When he was done, Armstrong gave him his guitar, a shocking moment that the audience will probably remember for quite a long while. 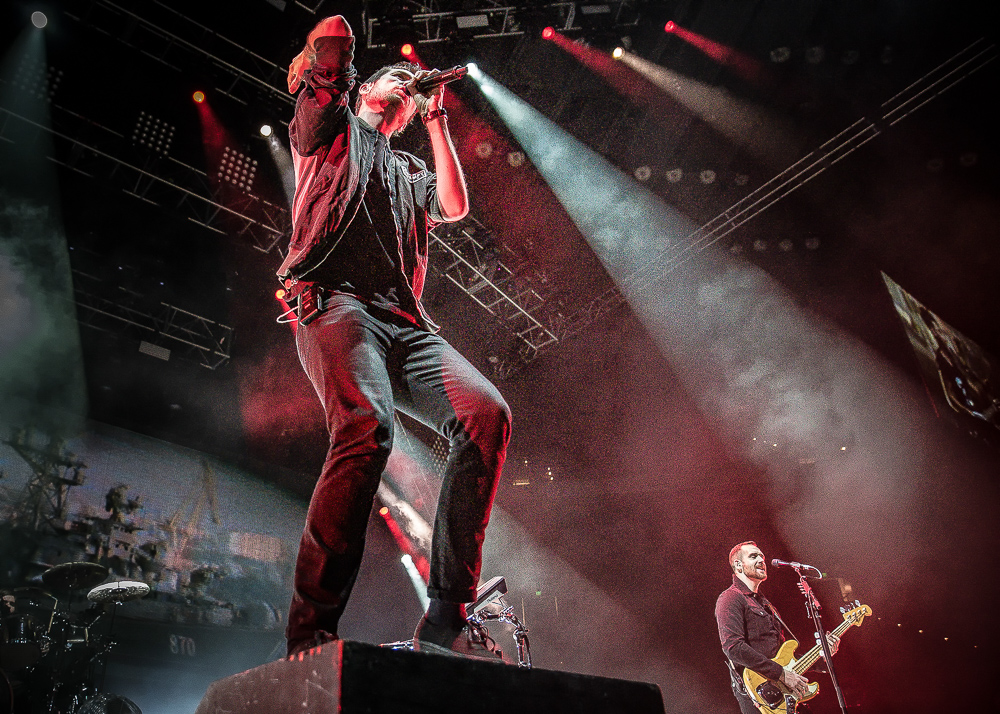 British indie pop band BΔSTILLE was led by rangy vocalist Dan Smith, who sang with strong confidence over the band’s skillful pop rock arrangements reminiscent of Maroon 5 and Cold Play. The musicians in the band provided amazing backup vocals that were both spell binding and hypnotic at times. 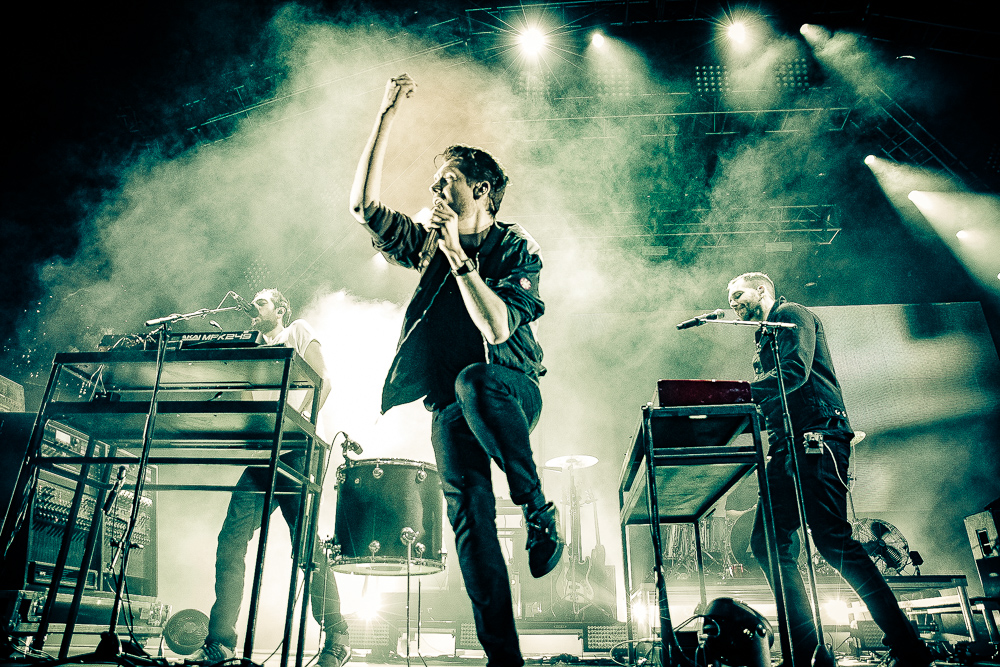 The band’s live sound is an impressive achievement, sounding like the studio production of an album. What gave even more of a wow factor was that the band had music videos in the background so in time with the band, that lip synching from actors in the videos never missed a word. 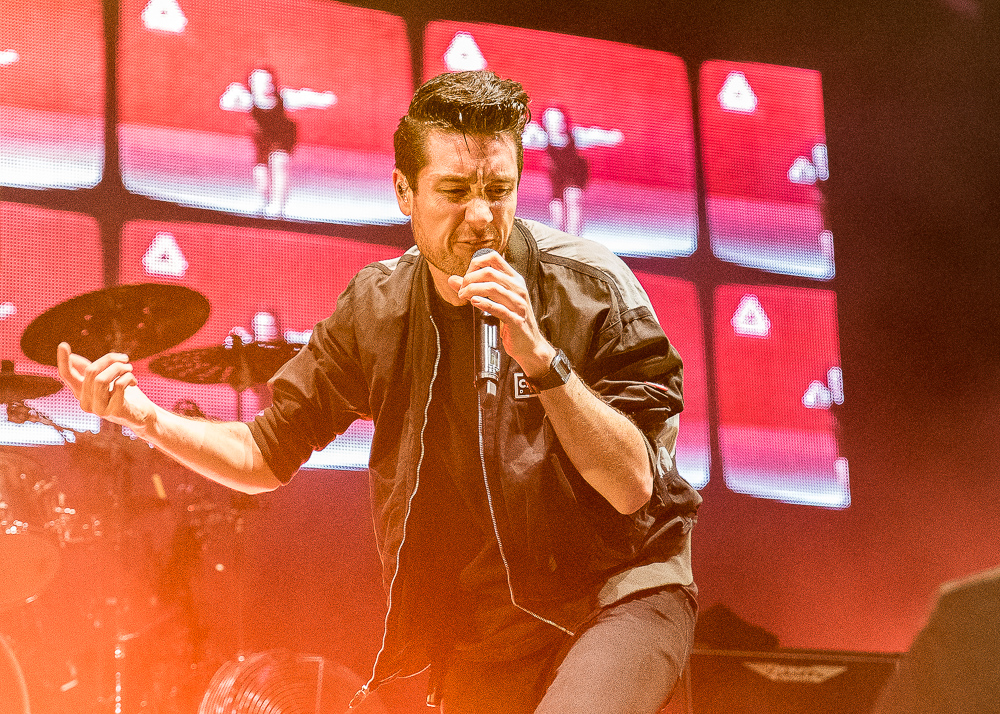 BΔSTILLE drove each song with enthusiastic energy, dropping in an occasional sample or surprising sound bite, before quickly turning around and tearing back into songs again. BΔSTILLE is a veteran band that lets its impressive music catalog do the talking, closing its set with the hit song Pompeii that brought Oracle Arena to its feet. 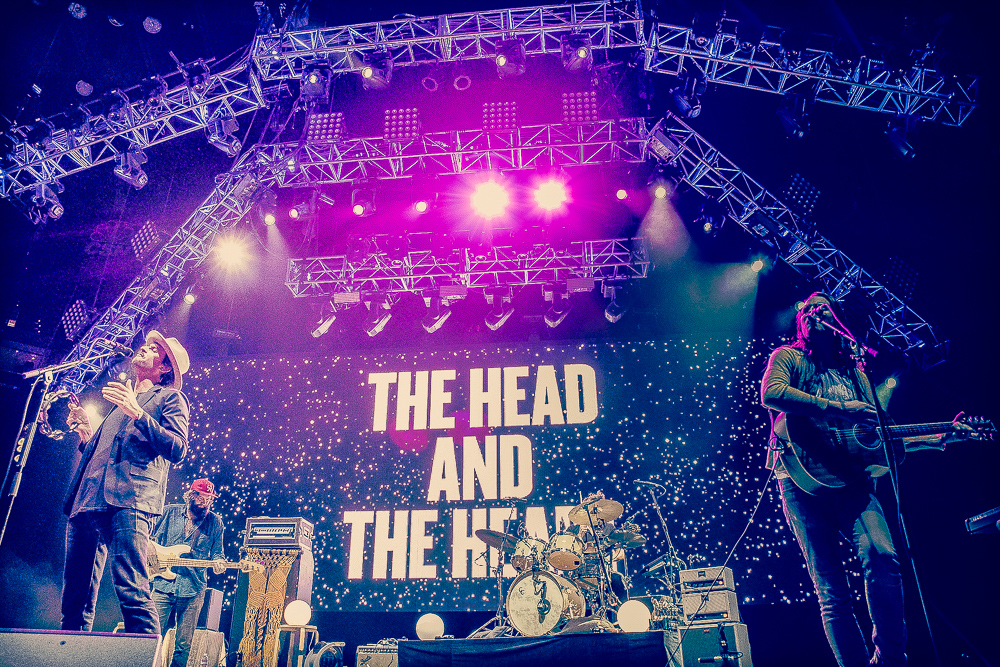 The Head and the Heart

The Head and the Heart are an American band reminiscent of the English indie folk band Mumford and Sons. The band’s trio of vocalists – Josiah Johnson, Jonathan Russell, and Charity Rose – performed the type of melodies you hear from scrappy musicians trying to make a buck on street corners and smoky back rooms. The musicianship showcased traditional sing along melodies, designed to quickly suck you in, with something old and something new at the same time. At times, the band stretched out their songs with violin, banjo and piano, in addition to the typical rock band line up of bass, drums, and guitars. 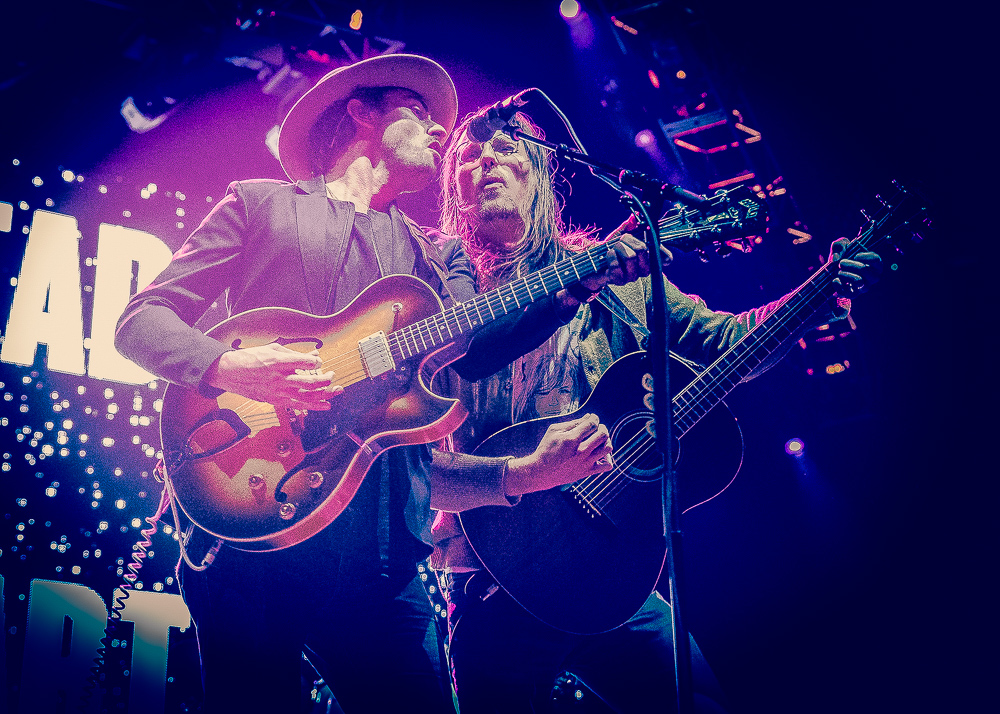 The Head and the Heart

Despite their eclectic songwriting, the band threw in enough pop elements to make it interesting.

New York band Phantogram, made up of the male and female duo Josh Carter and Sarah Barthel, sounded like a cross between electronic trip hop dance music and dub step, with old lounge jazz and indie rock music elements thrown in for good measure. Barthel has an old school soulful pop voice, while Carter sings like an eclectic white rap rocker, and each of their voices managed to complement each other. 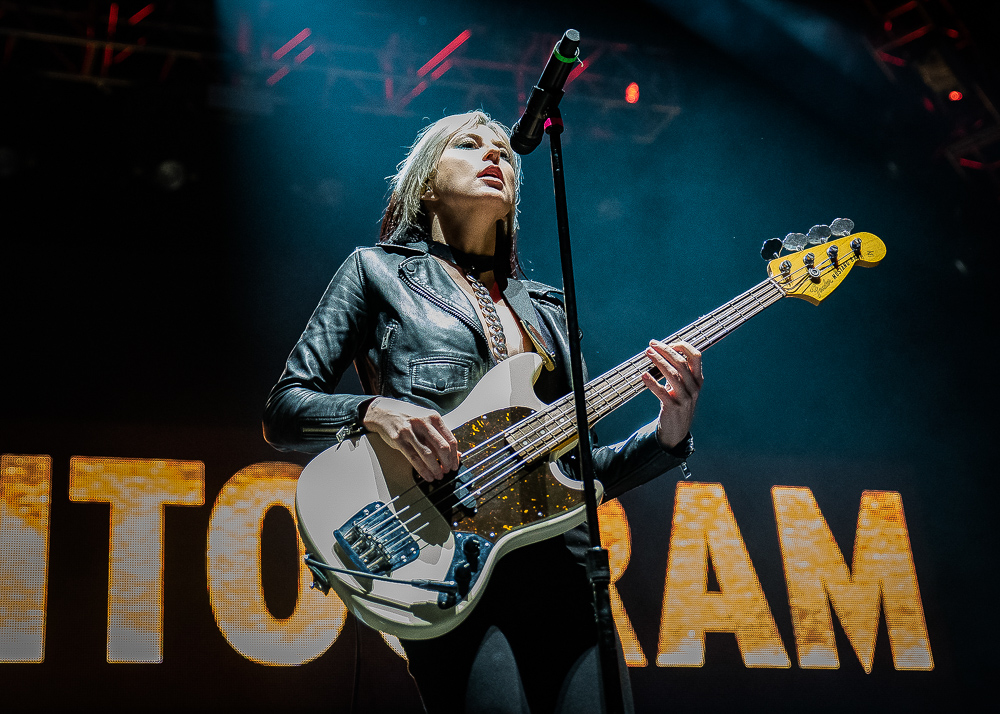 The duo’s musical backing tracks broke down at times into quiet lulls and then crashed back in like an atom bomb with smashing 808 synthesized drum samples. The band had an interesting mix of old and new, electronic and live, that managed to blend together seamlessly and came across pleasing to the ear.

K. Flay (real name Kristine Meredith Flaherty) appeared on stage singing and playing bass, backed by her all male live band. Her vocals were like a cross between snotty punk and an indie Amy Winehouse, with music arrangements sounding 2/3 indie and 1/3 jazz. 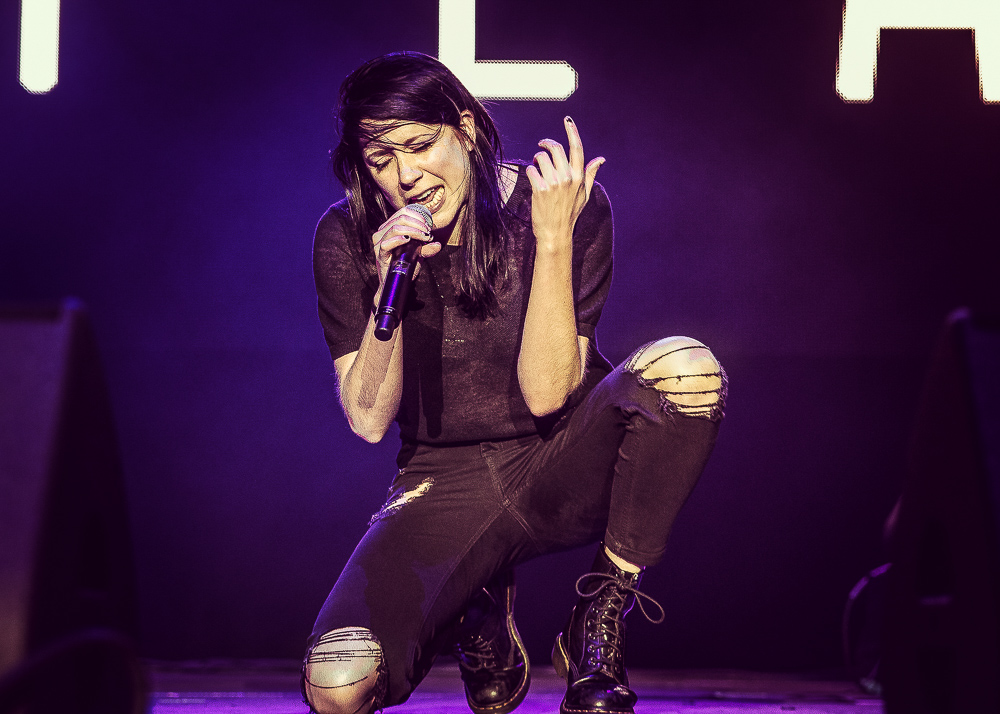 Most of the set stayed in the electro indie selection of songs, mixing samples of slick big time production with a live band that rocked surprisingly hard due to the high energy of the drummer and arena rock riffing of the guitarist. The band closed with the infectious hit alternative rock song Blood in the Cut that pumped up the crowd. 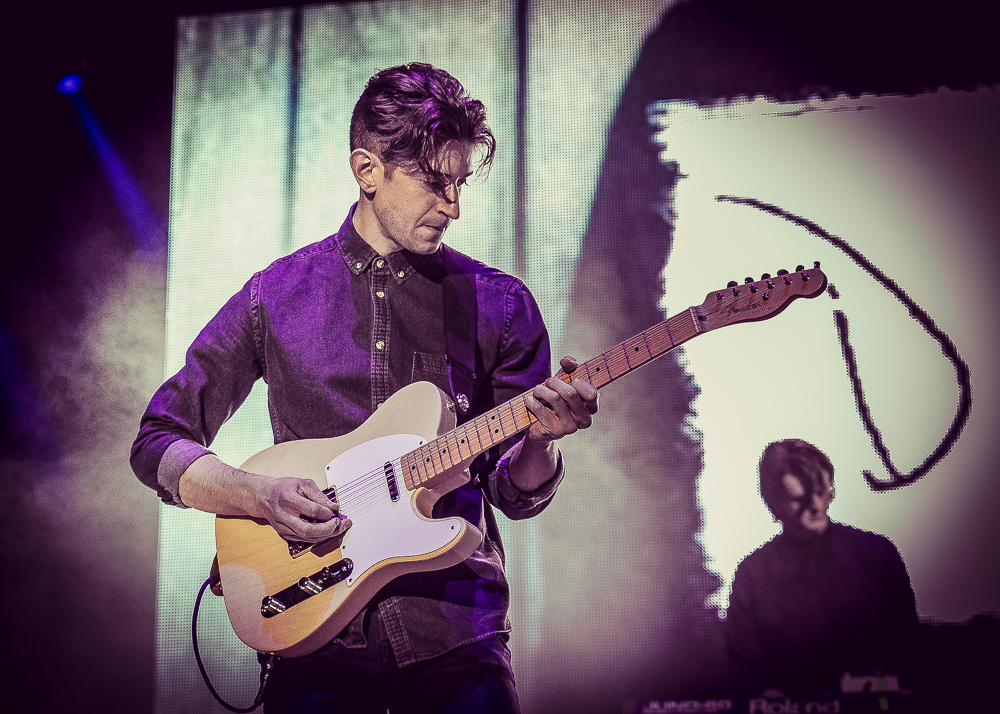 Local Oakland indie rock band  Day Wave displayed strong and vibrant vocals by singer and guitarist Jackson Phillips. The band showed off some prodigiously muscular, indie rock riffing that skillfully sliced through the wall of sound they were creating with enticing and beautiful melodies.

Here’s a slideshow with more photos by Pollen Heath of Live 105 Not So Silent Night:

For more information about Green Day, check out their website.

Find out more about BΔSTILLE here.

The Head and The Heart:

Setlist: Shake | Take a Walk | Ghosts | Rhythm & Blues | Another Story | All We Ever Knew | Lost in My Mind | Rivers and Roads
Learn everything to know about The Head and The Heart here.

More about K. Flay can be found on her website.