Electro-pop/rock musician Lights brought her bright and powerful stage show to the Fillmore on a Monday night, ripping through an 18-song set that consisted of old classics and new songs from her recently released album Skin & Earth. With a flurry of pulsing LEDs and a massive screen in the back of the stage, Lights began the night with a stomping rendition of “New Fears.” Riding a slippery blues guitar riff from Brodie Tavares, the song got the crowd moving: blending bracing rock with electronic squalls and tuneful vocal lines from Lights. Following this was another new song in the form of the edgy “Savage.” Driven by an angular guitar riff, the track saw Lights at her fiercest, belting out a series of impassioned vocal lines. 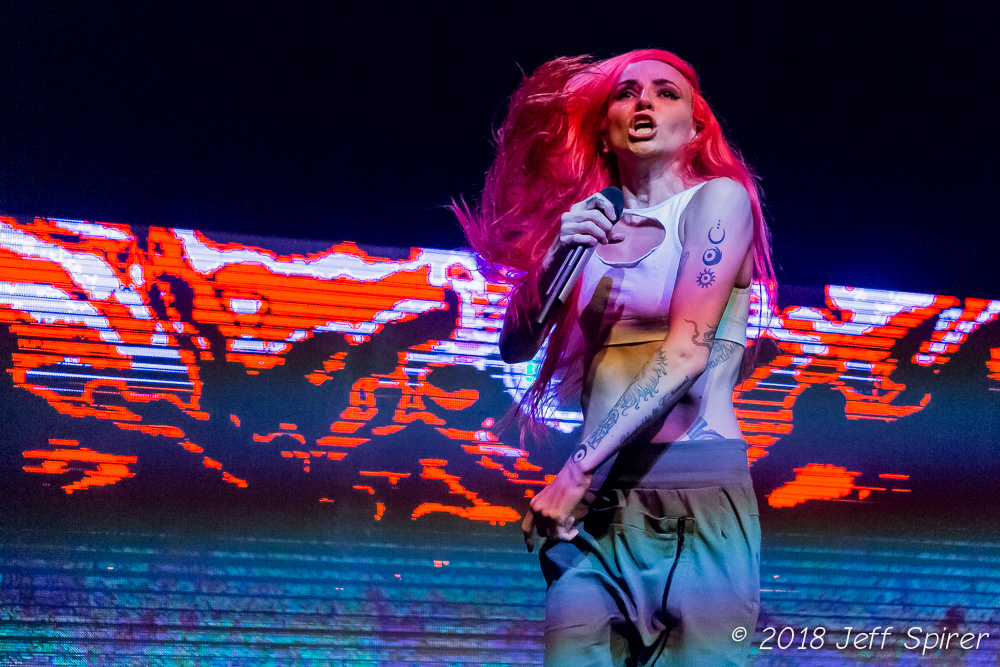 It was apparent from early on that the crowd was going to be an active participant in every song, singing along to every booming chorus. This became even more apparent as Lights delved into some of her earlier material, including one of her first singles in the form of the catchy pop of “Second Go.” 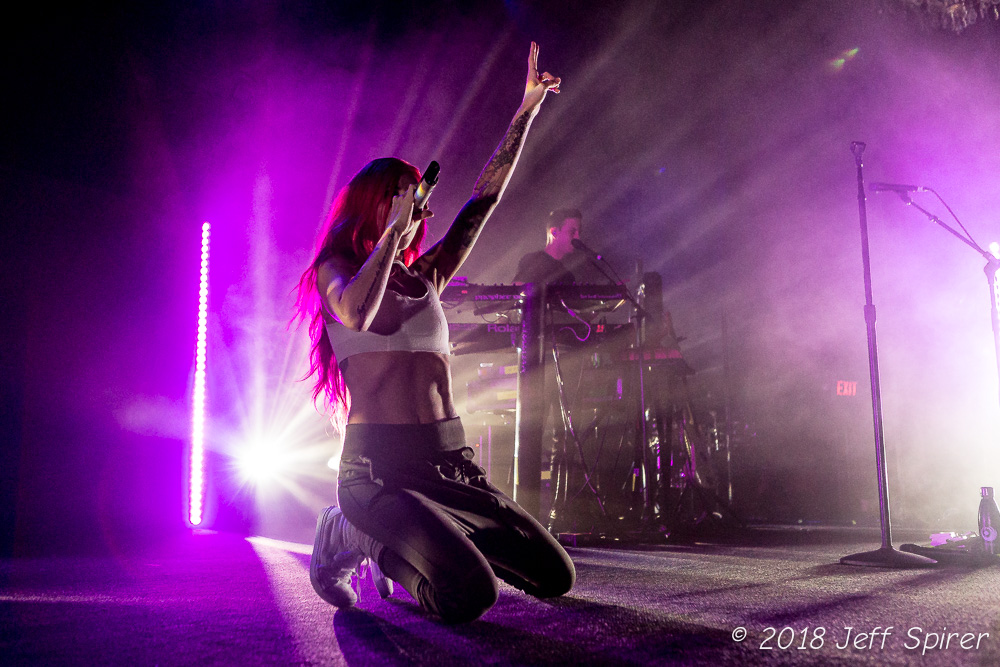 One of the more spontaneous moments of the evening was actually carefully planned as a roadie came on stage with a large white pizza box, with Lights thanking the crowd for the gift, before opening the box to reveal a small keyboard that was hooked up to the PA, allowing lights to play the intro to “Up We Go,” an anthemic blast of major key melodies and snappy drumming from Maurie Kaufmann. 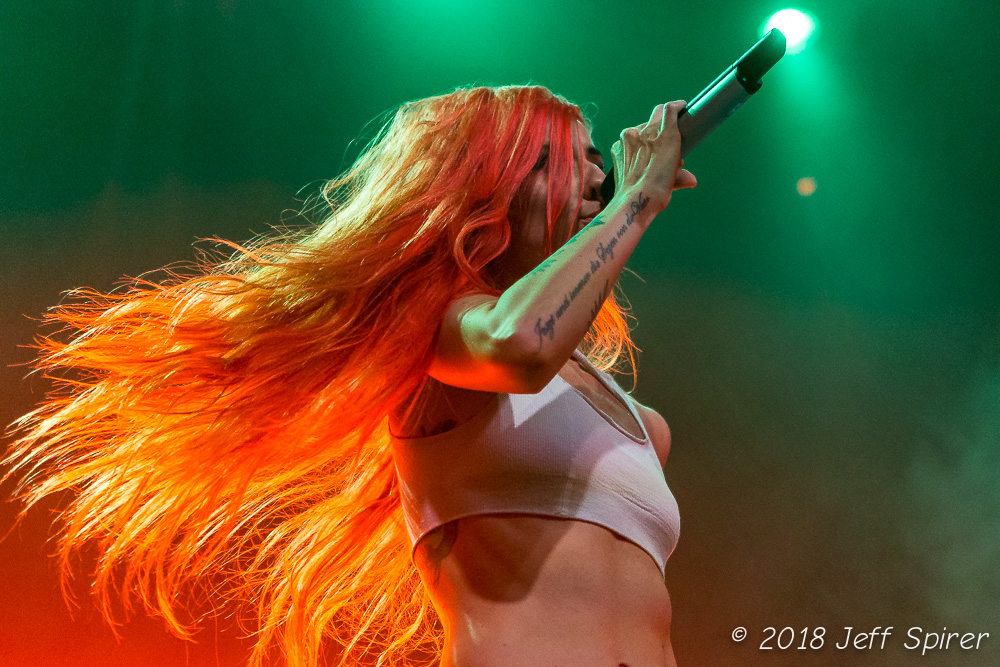 What makes Lights’ songs so entertaining is simply that they bubble with an infectious type of energy, it’s hard not to crack a fun smile or two. A few songs later Adam Weaver traded his keyboards and synths for a bass as the band blasted through a grooving version of “Moonshine” from Skin & Earth. Anchored by a tight bassline that gave the song a danceable swing, Lights slammed through another robust set of vocal lines. 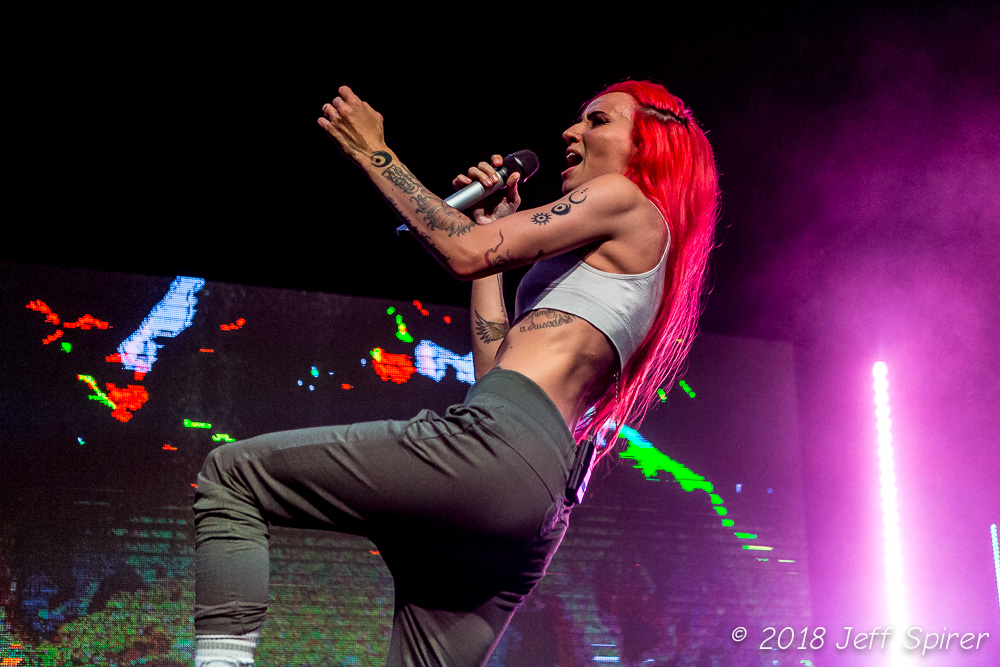 About halfway through the set, Lights and her band turned the intensity down and played a small acoustic set that contained a couple of old fan favorites such as “Cactus in the Valley” and “February Air.” The striking part of this chunk of the set was how these songs still retained their power and punch even with stripped-down arrangements, a testament to Lights’ songwriting acumen. 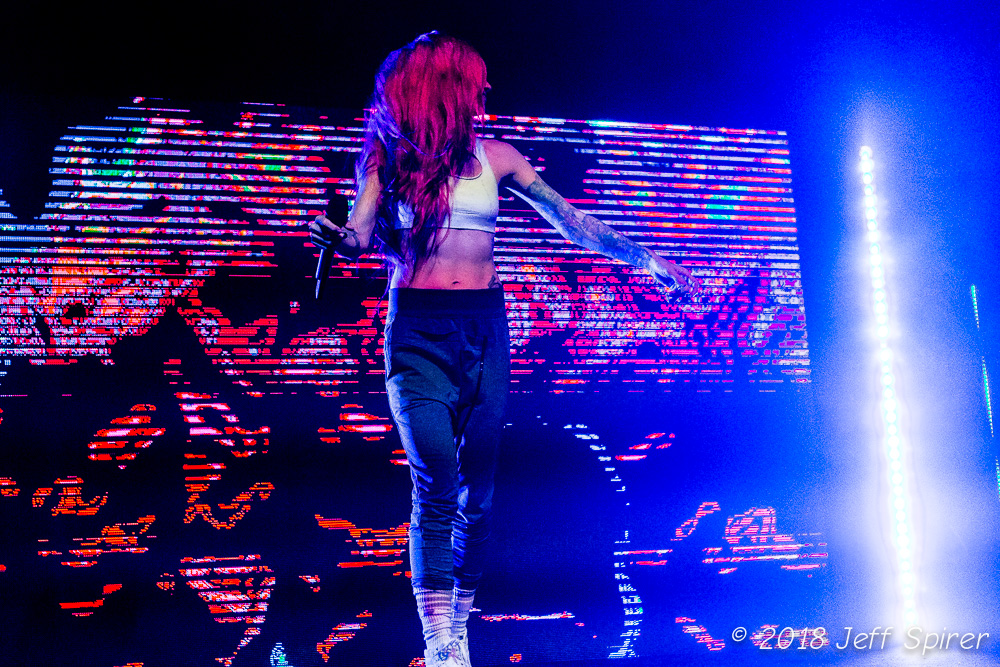 After thanking the audience for their support and discussing her journey developing Skin & Earth as an album and a comic book, Lights and her band turned up the electricity once more to close out the night. The band tore through a couple of high energy anthems such as the upbeat rock of “Running with the Boys” and the soaring electronica of “Skydiving.” The band ended the main portion of the set with the dark ballad “Almost Had Me,” the closing track from Skin & Earth, a jagged piece of music that saw Lights deliver some of her darkest lyrics of the night. Beginning with a delicate piano figure, the song gradually picks up the pace before erupting into a cascade of guitar licks and booming drums. 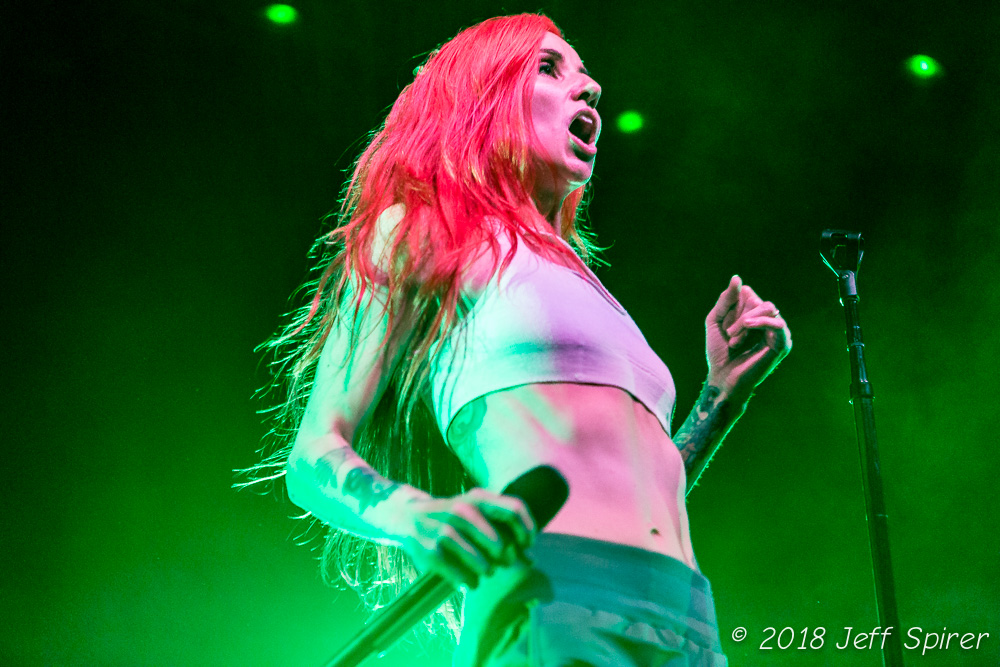 Lights returned for a rousing two-song encore, closing out the evening with an inspired performance of one of her latest singles, “Giants.” Riding one of the most memorable choruses of the night the song was the perfect way to finish a fantastic evening of music. Having developed and cultivated one of the most unique sounds in electronic/rock music, Lights showed that she is one of the most captivating live acts around with her performance on Monday night.

Chase Atlantic opened for Lights with a blend of slapping bass lines, tasty saxophone licks, and catchy vocal harmonies. Drawing upon a sound that was equal parts rock, funk, jazz, trap, hip-hop, and electronic, the band got the audience moving during songs like the stomping “Triggered.” While the group may be new to American audiences, the band is quickly coming out of the underground and gaining notoriety for their powerful live performances. The group closed out their set with a vicious rendition of the song “Okay” which blended rock intensity with hip-hop swagger.

Here’s a slideshow with more photos of Lights by Jeff Spirer:

For more information about Lights, check out her website.

You can read SF Sonic’s review of Skin & Earth here.