‘The pre-show playlist faded to silence, the lights went down, and the screaming began. 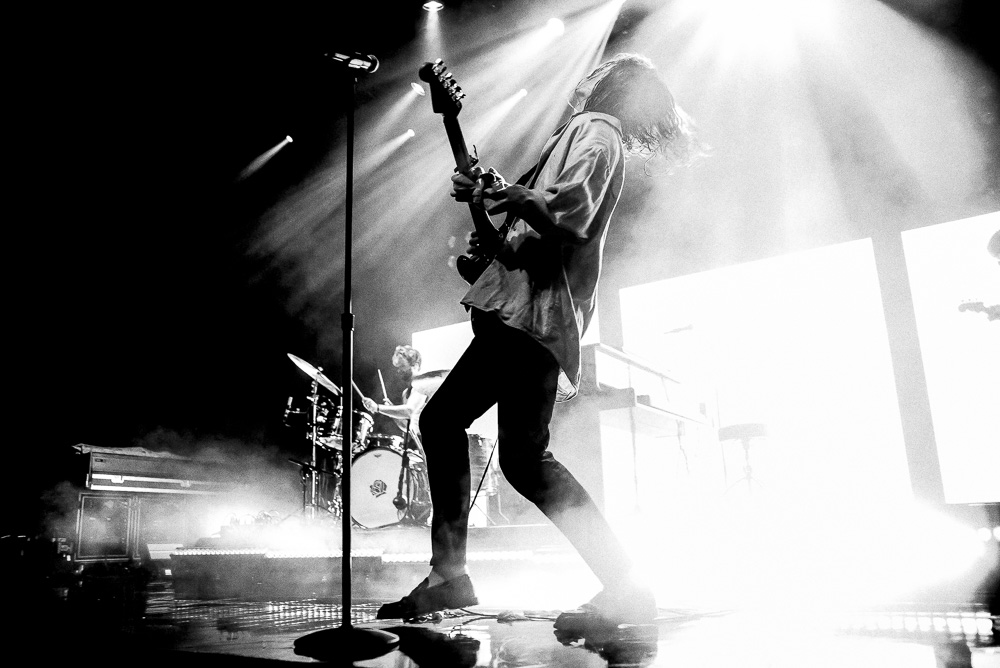 From the get go it was obvious that LANY, a three piece hailing from Nashville, was a band there to put on a performance. Their arrival was heralded by a pre-recorded message instructing the audience that their enthusiastic, ecstatic participation was not only encouraged but necessary; a fundamental piece of the puzzle that the show would turn out to be. A carefully thought out mini-monologue in the voice of a brisk mystery woman emphasizing the importance of being present at shows and in life ends up being the perfect introduction for the spokes-band of being a listless young person, untethered and unsure in a whirlwind of change. 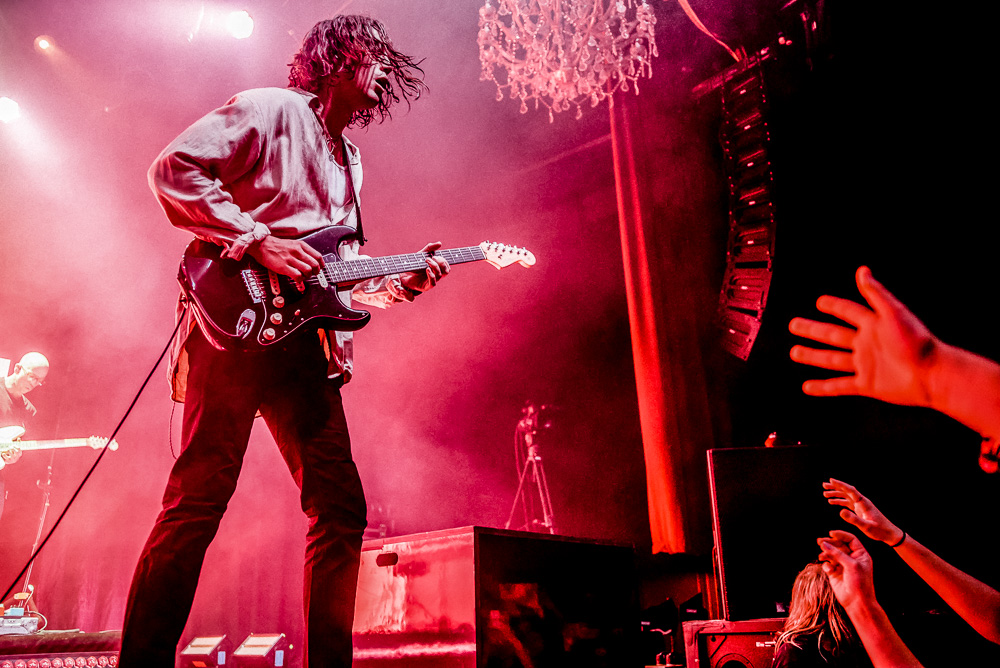 Originally based out of Nashville, the band that performed onstage at the Fillmore ​ was a long time coming. Frontman Paul Klein experienced limited success as a solo artist while Jake Goss (drums) and Les Priest (keyboard, guitar, back-up vocals) worked with one another on their own project WRLDS. In 2014, the project was discontinued as the songs that would eventually become LANY’s first singles began to form from the efforts of the trio. The following month their first two songs, “Hot Lights” and “Walk Away,” were uploaded incognito to Soundcloud and their debut EP followed later that year. 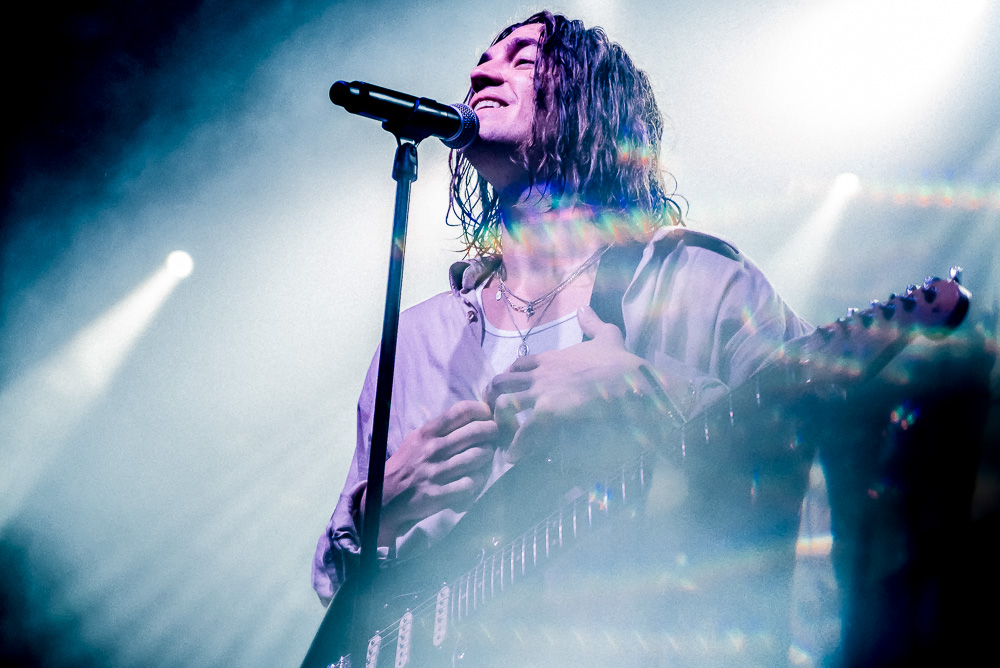 Their first big break came with their new album in the form of “ILYSB,” a song that garnered huge amounts of online attention and began to form a fan base. As interest in the mysterious band and its members grew they released two more singles, “Made in Hollywood” and “Bad, Bad, Bad” and announced their identities to the world. They were LANY. The following two years were a steady rise in the alt-pop sphere, with multiple tours in quick succession supporting Halsey, Ellie Goulding, and Troye Sivan, among others. 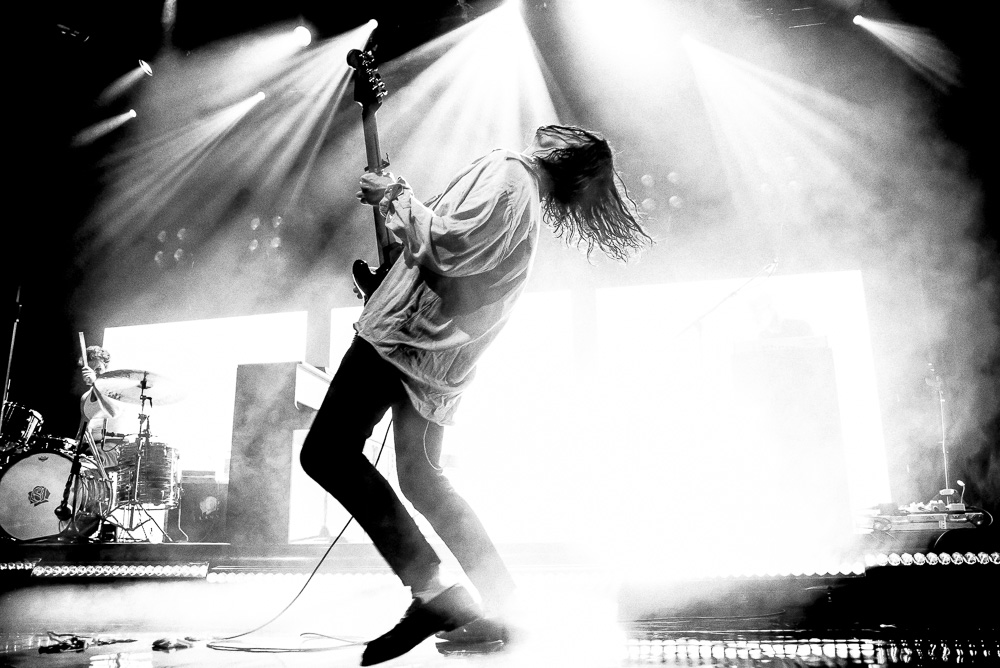 This push got their music into the ears and hearts of the alt-pop world, and soon they were travelling the United States and Europe on their first headlining tour, more than a full year before the release of their debut full-length album. This sort of meteoric rise was rare but with the lights dimming and the deep, electronic thrumming of their first song starting it’s easy to make sense of it. 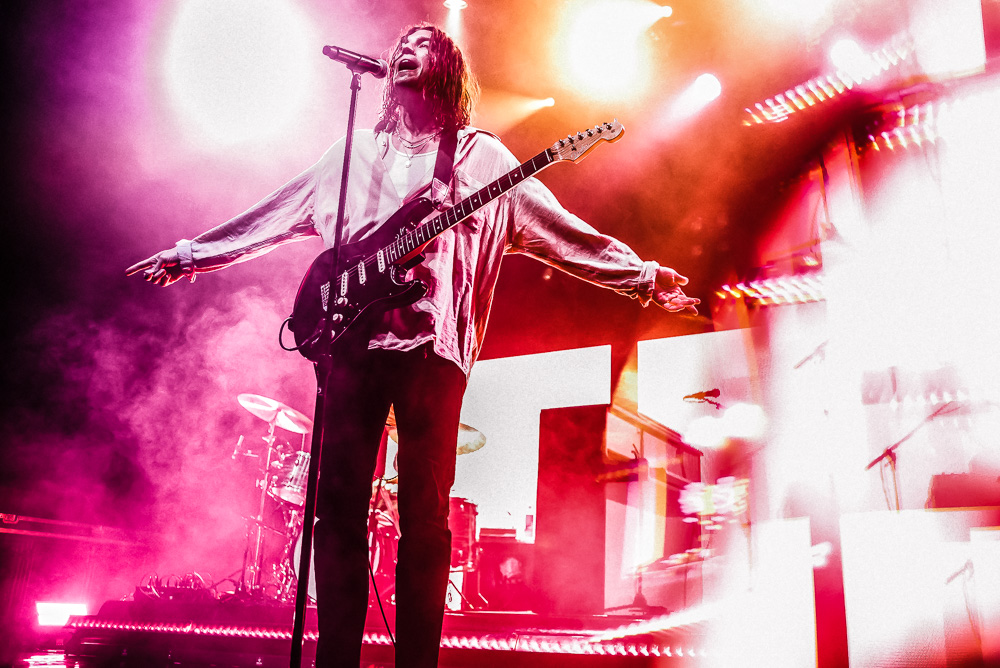 The stage was artistically bare, and the style of the members in the band was distinctive. Toeing the edge of current trends, with black patent loafers, high socks, and long, untamed hair, frontman Paul Klein was the manic pixie dream boy of teen girls the country over. Delicate features and a cheeky smile, when partnered with sensitive lyrics smooth as honey and soulful, carefully layered electronic beats reminiscent of the sound of the ’80s, leave you with an overwhelming effect that has girls in hysterics. 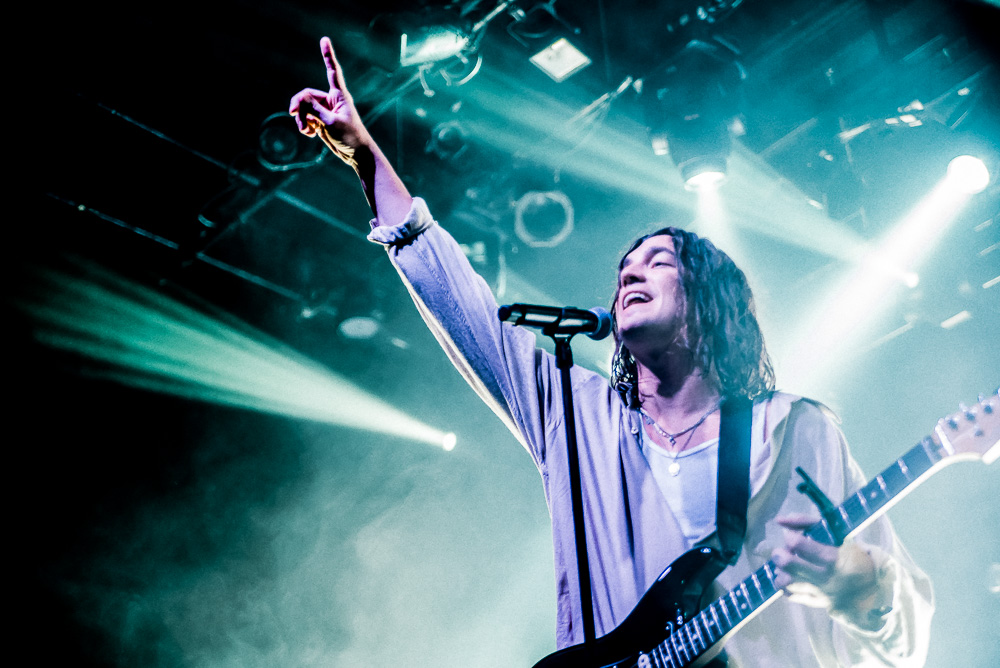 The lyrics were wistful, telling the stories of failed love, guilt, listlessness and that classic feeling of being out of time and unanchored. Particularly selected lyrics pair beautifully with minimalist instrumentals; drifting synth and expressive guitar picking blend together into what could have been a beloved ’80s boyband but rather has transformed Klein into the poster child for today’s self-aware alternative electro-pop heart throb. He played the crowd expertly, a pointed smile here, an unexpected pelvic thrust there, a specific, passionate collapsing to his knees to be followed by a messy, writhing guitar solo. 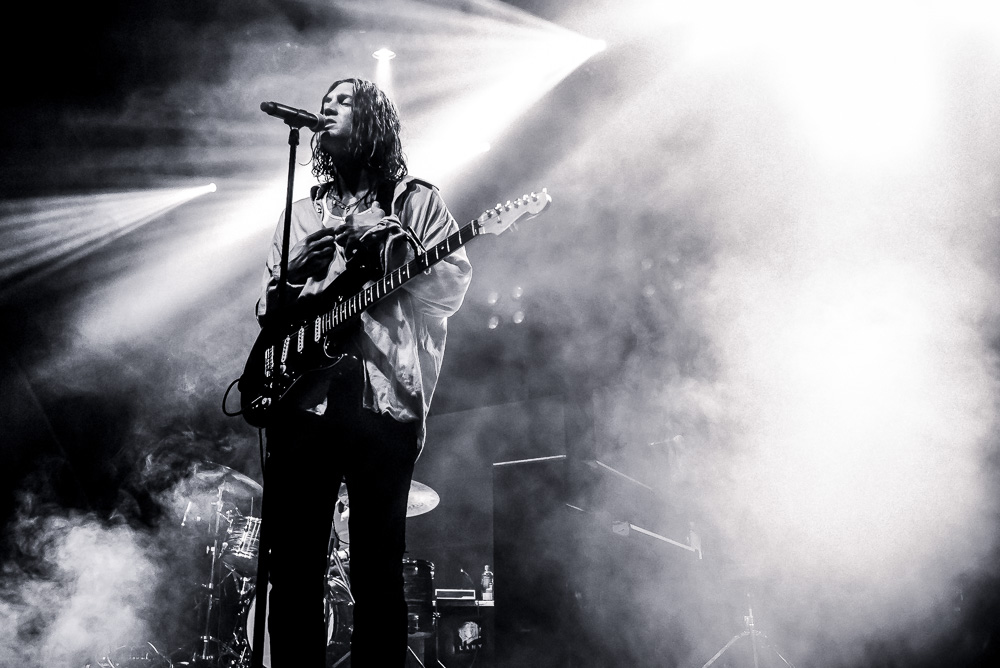 It all culminated into an ethereal experience that transports a person millions of miles away from that tiny venue in that tiny corner of the world. Unearthly melodies, cascading synthesizers, flowers thrown from the audience scattered across the stage, and incredible warmth that makes one nostalgic for a time, a place, a person you’ve never known. LANY is ruling the alternative world at the moment, and Paul Klein is the Prince of dream-pop, crowned by his rose-tinted glasses.’

For more info on LANY, check out their website.