Two bands that celebrate what the past had to offer joined forces for a two night appearance at Berkeley’s Greek Theatre. Kurt Vile and his backing band The Violators were the first to go up; however it was a night of headliners. The Grammy-winning blues rock band Alabama Shakes have sold thousands of records (and won thousands of hearts) in the US and Kurt Vile has been an indie darling for quite sometime, receiving praise on each new project him the band put out. 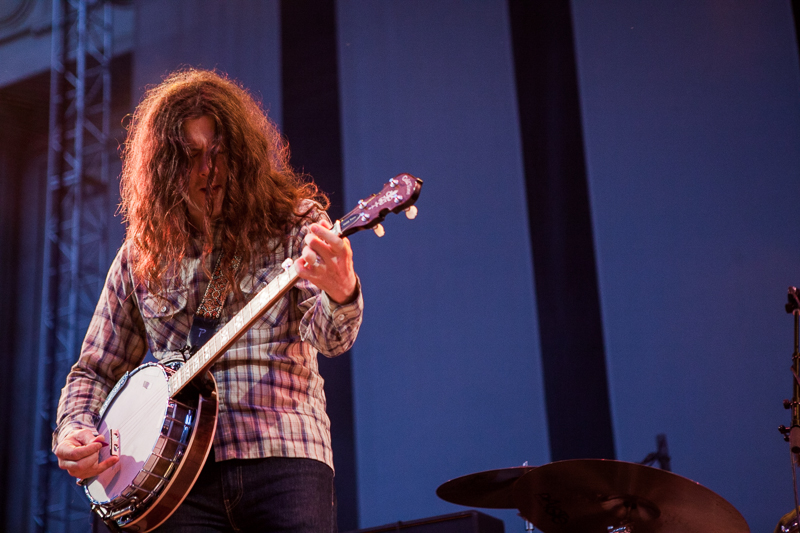 Each Kurt Vile record is much like the singer / songwriter in looks and tone. Every album cover in his discography uses often simple snapshots with minimal editing. Like the picture of Vile simply sitting with his guitar on “Smoke Ring For My Halo” or him in front of the mural featured on “Wakin’ On a Pretty Daze”. 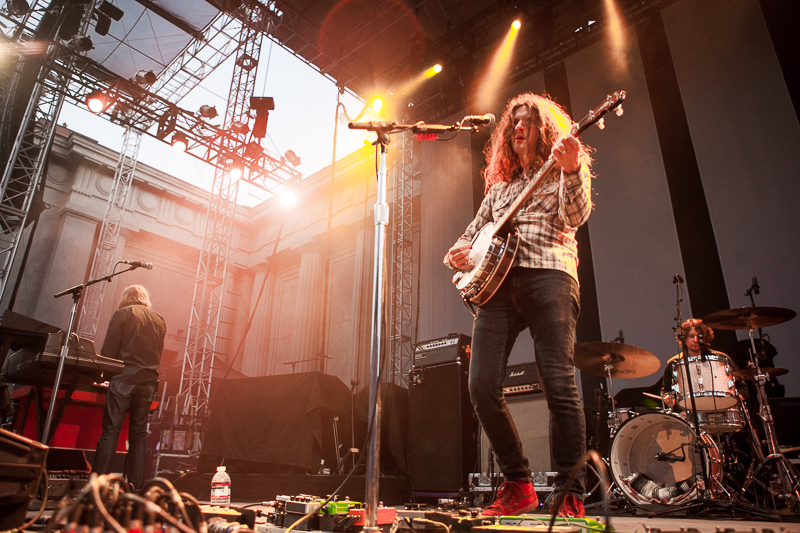 He’s not a man of large appetites and he doesn’t crave the spotlight – even as the main singer. Vile often mumbles his lyrics and lets the guitars do the talking. On “Wakin’ On a Pretty Daze,” there are slow burners sprinkled throughout the record leaving the music to pass the five, six, seven minute mark. His latest record “b’lieve i’m goin down” is another album that draws you in with a calm vibe. Vile once again goes straight for the folk rock kissed with 70s AM radio rock and he incorporates banjos for that extra twang. 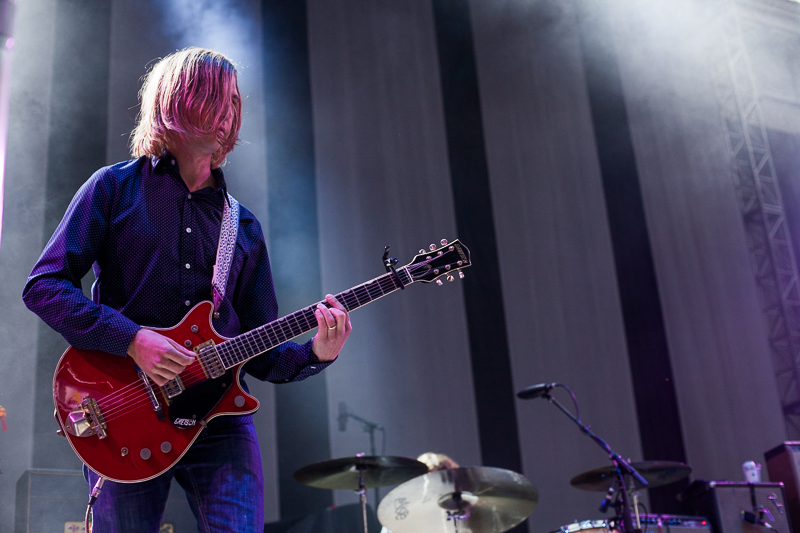 At the Greek Theatre Vile and the Violators seemed less concerned with making a huge splash and instead focused on played the music – because that’s what we’re all here for. New songs like “Pretty Pimpin” and “I’m an Outlaw” were played effortlessly like Vile had been listening to these songs for years. The band playing “Goldtone” in its entirety was a highlight. 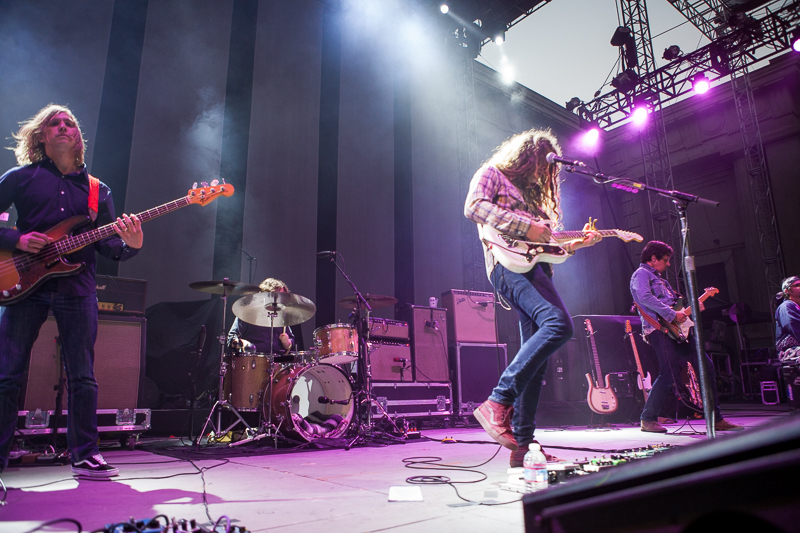 The band to close out the night was Alabama Shakes to the tune of screaming cheers and claps. The Athens, Ala. band come from humble beginnings and achieved accidental fame. Front woman Brittany Howard began toying with her first guitar at 13 the age most of us listened to Dark Side of the Moon the first time or had Motown’s hits accidentally memorized. She met future Alabama Shakes bassist Zac Cockrell in high school and later worked for the United States Postal Service. She formed a garage band and they often played at dive bars before getting some studio time. 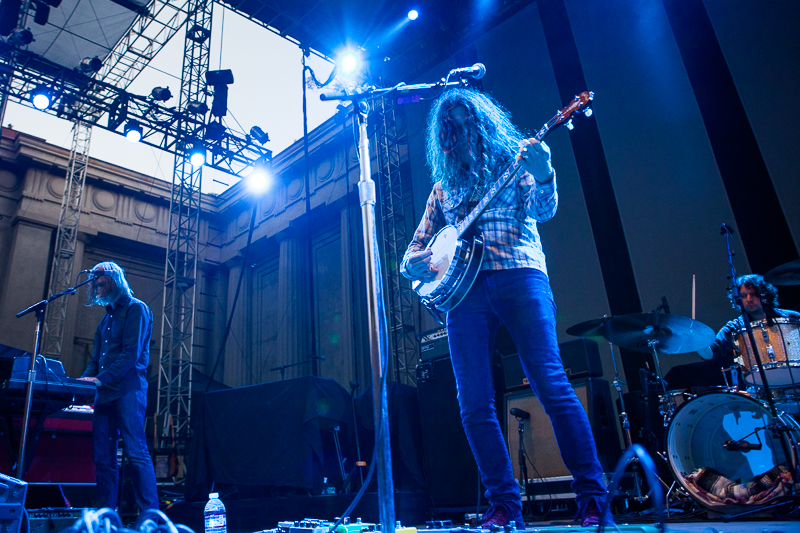 Their sound treasures the music that swallowed the charts of the 60s and 70s. “Boys & Girls” is a box of “retro-soul” featuring tales of Howard’s youth and desires. Its vintage flavor is so easy to digest due to the familiarity though the band often disliked being called a classic R&B reboot. In 2015 the band released the fantastic “Sound & Color” that looked to stay away from the road others thought the band was taking. 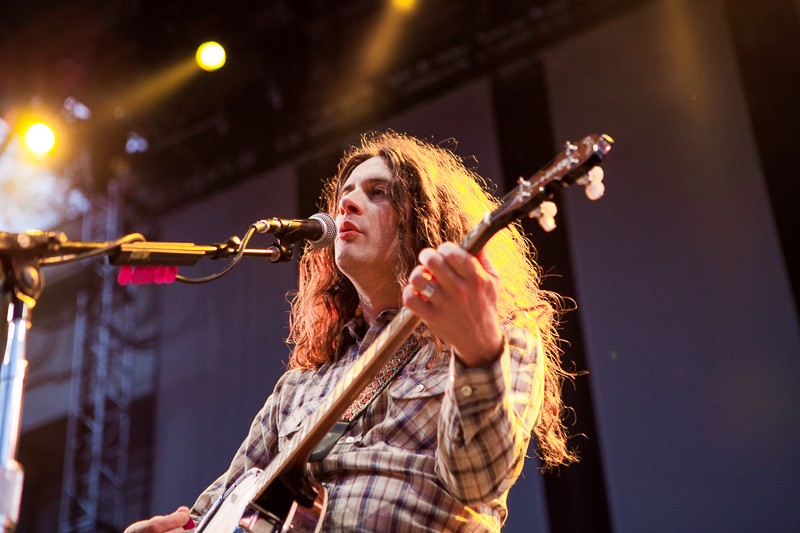 At the Greek Theatre, Alabama Shakes played all 12 songs off “Sound & Color” with favorites from “Boy & Girls” on the setlist. Howard was the center of it all, of course. Her presence on stage was interactive and personal. Howard’s voice guides the songs and breathes life into them. She explores every corner her voice can take from a high falsetto to a low growl. The talent that bathes both of their records are alive and well on stage.

For more information about Kurt Vile, check out his website.

All photos of Kurt Vile and his band.