Veteran German thrash act Kreator came to the Fillmore on a cold and rainy Sunday night to rip through an impressive setlist that touched on music from their entire 32 year existence as a band. The packed venue of rabid fans was happy to oblige in creating plenty of fierce circle pits throughout the night to complement the high speed and high energy music. 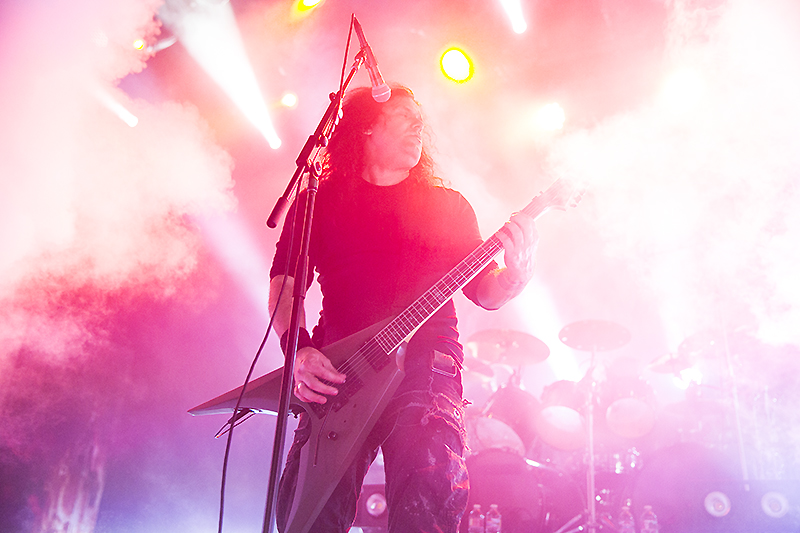 The band started the night off with the blistering “Hoards of Chaos,” a crushing track from their 2009 album of the same name, with drummer Jürgen “Ventor” Reil propelling the track with his furious and dexterous playing. Backed by an array of smoke machines and strobe lights the band looked and sounded the part, with the mix providing plenty of punch to the guitars and low end to the drums/bass. The lighting in particular did a fantastic job giving each song a unique and original feel, with the smoke cloaking the band and accentuating the flashing lights. A few songs later the band rolled out the stunning “Gods of Violence,” the title track off of their newest release. Featuring all the hallmarks of the Kreator sound such as the raging tag team of guitarists Mille Petrozza and Sami Yli-Sirniö, the song was an absolute burner, energizing the crowd into frenzy. Petrozza, who also doubles on vocals, sounded great throughout the night, delivering his gnarled vocals with plenty of grit and attitude. 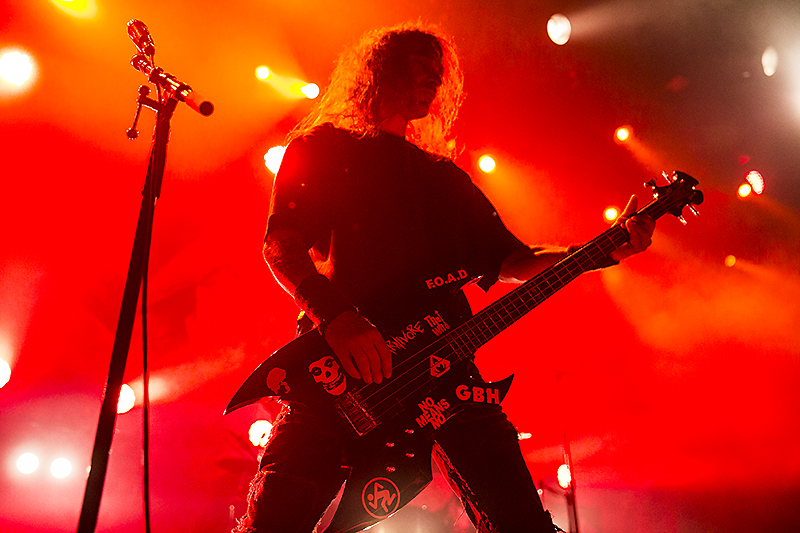 As the set progressed it became apparent that Kreator have truly mastered the art of combining caustic thrash riffs with melodic passages, something that really separates them in the metal scene. In particular, Yli-Sirniö’s stunning lead work drove many of these newer songs, blending classically influenced runs with plenty of spinning metal. This was on full display during the fan-favorite “Violent Revolution,” a song that merges catchy harmony lines with stomping metal, thanks in part to a driving bassline from Christian “Speesy” Giesler. 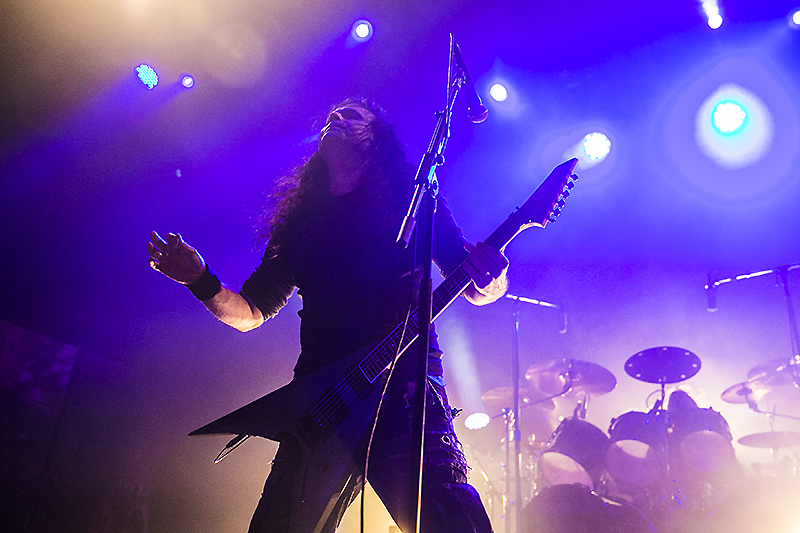 In classic fashion, Kreator closed out their set with the two headed monster combination of “Flag of Hate” and “Pleasure to Kill.” Both songs are from the legendary Pleasure to Kill era and both songs surge at blinding speeds to deliver their musical agendas. Over 30 years into their career, Kreator show no signs of slowing down, and with their tight performances on the concert stage it would appear that they will continue to remain a strong pillar of the metal scene for many more years to come. 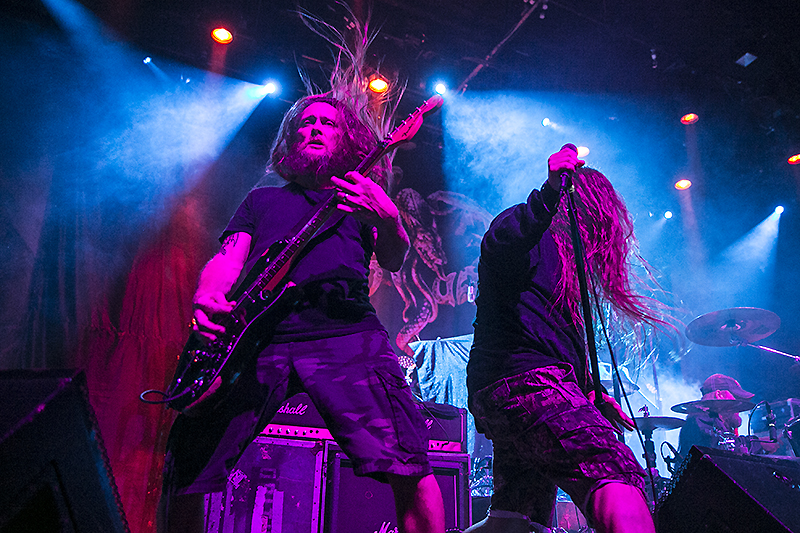 Obituary opened the show up by displaying their unstoppable rampage of old school death metal. The key to the band’s crushing sound are guitarists Trevor Peres and Kenny Andrews, who spit out technically demanding and sonically dense passages, alternating between speedy single-string riffs and pummeling breakdowns. Vocalist John Tardy wails over top of the maelstrom with his throat-shredding vocal delivery, adding plenty of malice and hate to songs such as “Visions in My Head” and “Sentence Day.” 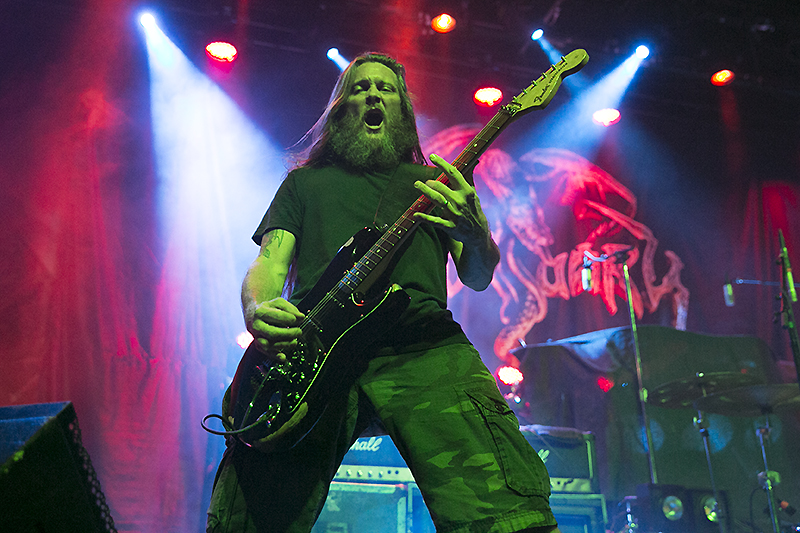 The band is touring in support of their new self-titled album but they still had plenty of old school tracks to roll out, like the genre defining brutality of “Slowly We Rot.” Driven by a slick groove from drummer Donald Tardy and bassist Terry Butler, the song features the perfect combination of grinding metal guitars and guttural singing and it was an appropriate way for the band to emphatically close out their setlist. 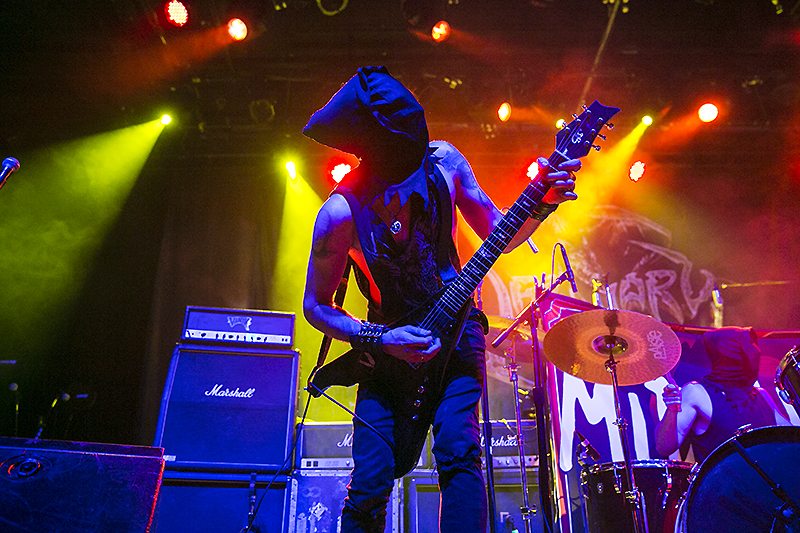 For more information about Kreator, check out their website.

Setlist: Internal Bleeding | Chopped in Half / Turned Inside Out | Visions in My Head | Sentence Day | Lesson in Vengeance | Find the Arise | Ten Thousand Ways to Die | ‘Til Death | Don’t Care | Slowly We Rot