The undisputed kings of alternative metal, Korn, brought their Serenity of Summer tour to a packed Shoreline Amphitheatre last week, and along with a four-band support bill headlined an evening of metal under the stars. 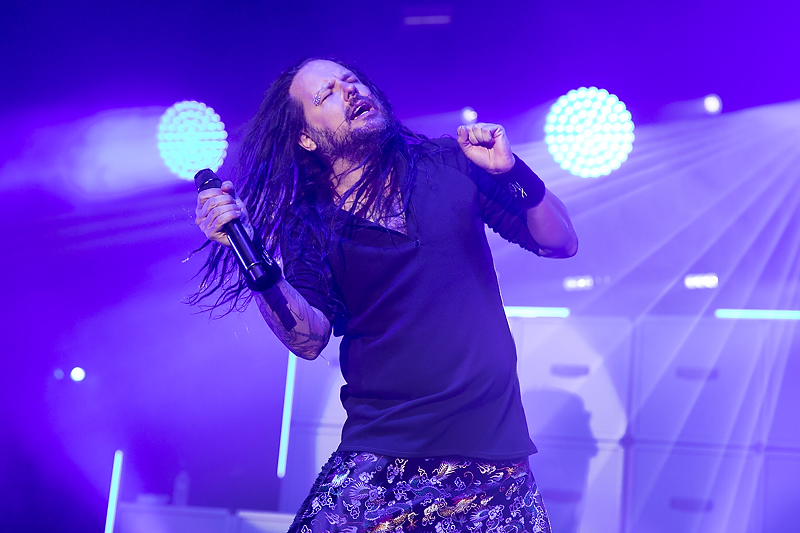 Kicking things off with “Rotting in Vain,” off of their latest release The Serenity of Suffering, Korn wasted no time getting their fans on their feet and pumping their fists in the air, as they sang along with every word. With a somewhat stripped down production and a clean stage, the band let their music do the talking with stacks of white guitar amps and a sea of strobe lights behind them leaving little doubt that even twelve albums later they are still at the top of their game. With the return of guitarist Brian “Head” Walsh a few years ago, the band’s line-up has been rock solid and runs with a machine like precision. 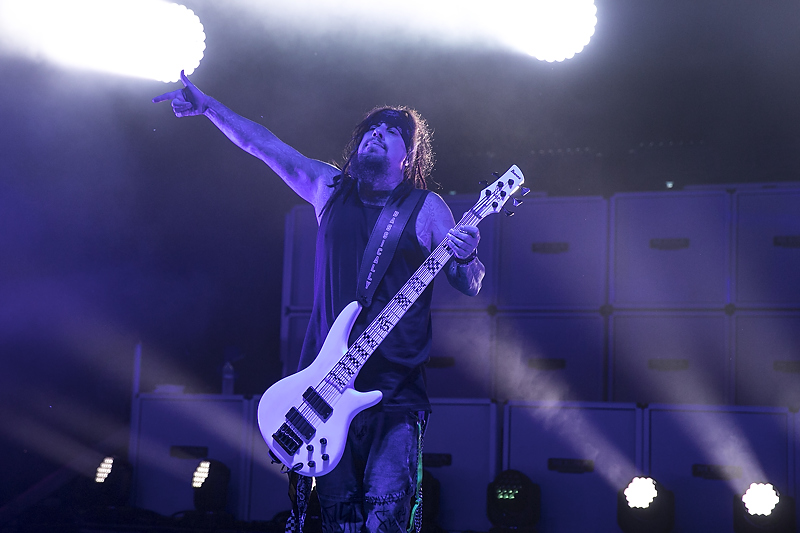 The setlist was a pretty even mix of both old and new, and highlights included “Did My Time,” “Got the Life,” “Freak on a Leash,” and “Shoots and Ladders” completed with singer Johnathan Davis on bagpipes. They wrapped up their set with “A Different World” and were joined by Corey Taylor. 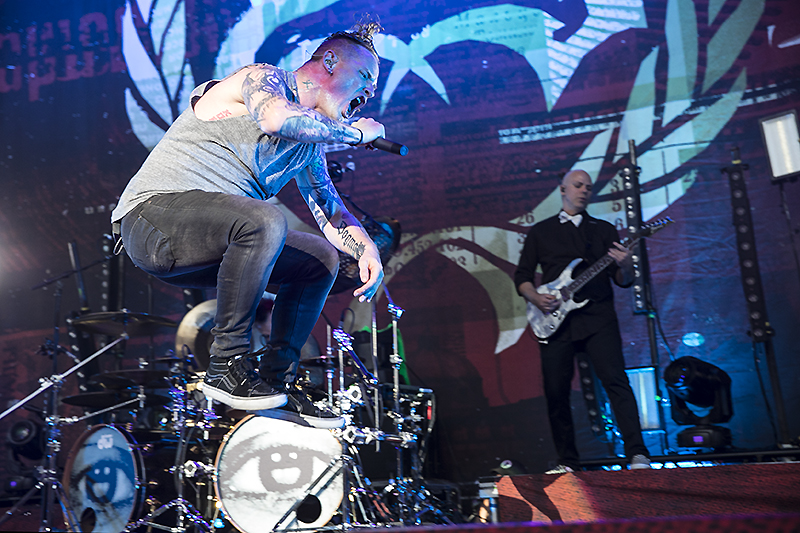 Direct support on this tour comes from Stone Sour, the long-running project of Slipknot frontman Corey Taylor. Playing their first Bay Area show in a quite a few years, the band delivered a compact hour-long set that included “Made of Scars,” “Say You’ll Haunt Me,” and “Absolute Zero.” The high point of their set was “Tired,” which was introduced by Taylor asking the crowd “Are you ready To help me sing a fucking song out there?” Judging from the response, they obviously were. 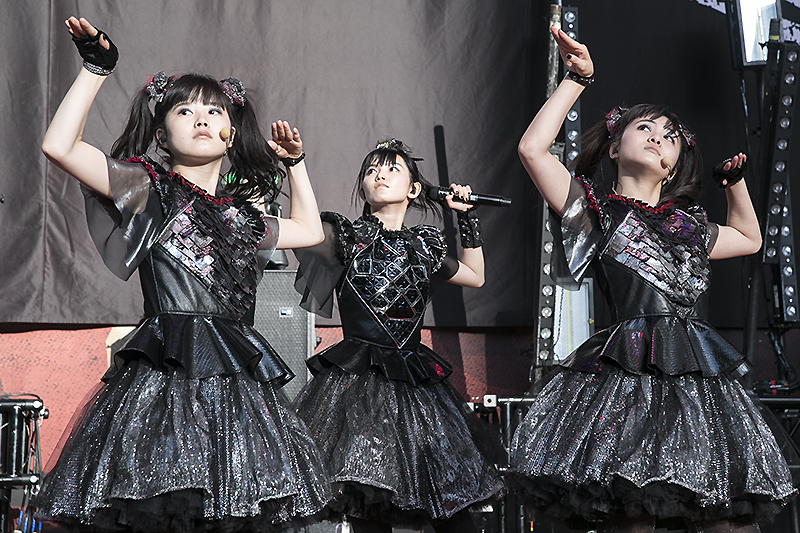 Probably the band most people had come to see on this evening were Baby Metal, the Japanese metal idol band, and the current darlings of the mainstream metal world. Backed by the riffs of their back Kami band, the girls definitely delivered a spectacle as many had come out of their seats and up to the front of the stage to witness what was happening in front of them. Words cannot really describe what exactly is was that they had done, but let’s just say it was one part dance recital, one part talent contest, and one part comic book. Whatever it was, their fans, many of whom came all the way from Japan, loved it. 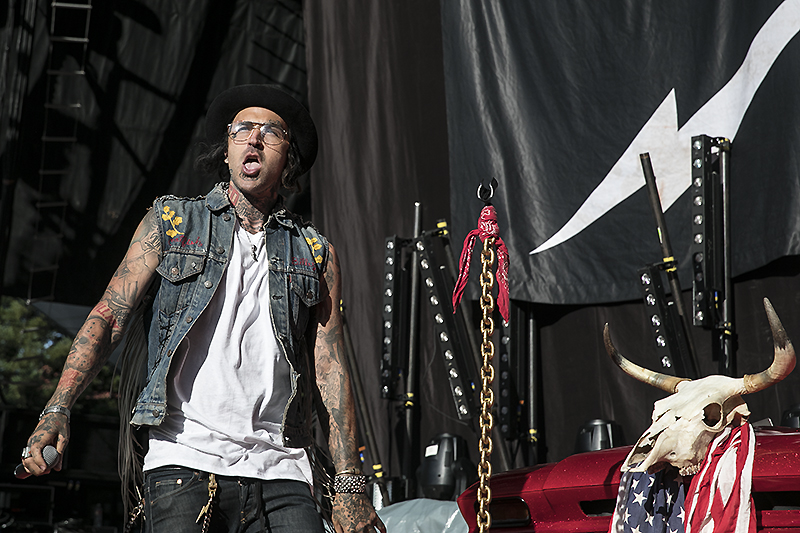 Opening the show was both Yellawolf, the Alabama-born hip-hop artist whose rap-metal fusion brought the still filtering in crowd to their seats, and Islander, who had the unfortunate task of opening the show at 5:30pm, and well before the sun had begun to set over the hills.

Check out this slideshow with photos of all the bands by Raymond Ahner:

For more information on Korn, check out their website.

Setlist: BABYMETAL DEATH | YAVA! | Catch Me If You Can (with Kami Band intro) | メギツネ | KARATE |
チョコレートをくれ

Get all the info on Baby Metal here.

More about Islander can be found on their Facebook page.