This band is busy. In November, the Melbourne-based psych rock band King Gizzard & The Lizard Wizard (try and say that five times fast) announced they are going to release five new albums in 2017. We got the first taste of this overhaul of music with Flying Microtonal Banana in February, a record that turns the heat down a little after the tidal wave of harmonicas, guitars, and synths in Nonagon Infinity, the band’s previous album that loops for eternity. 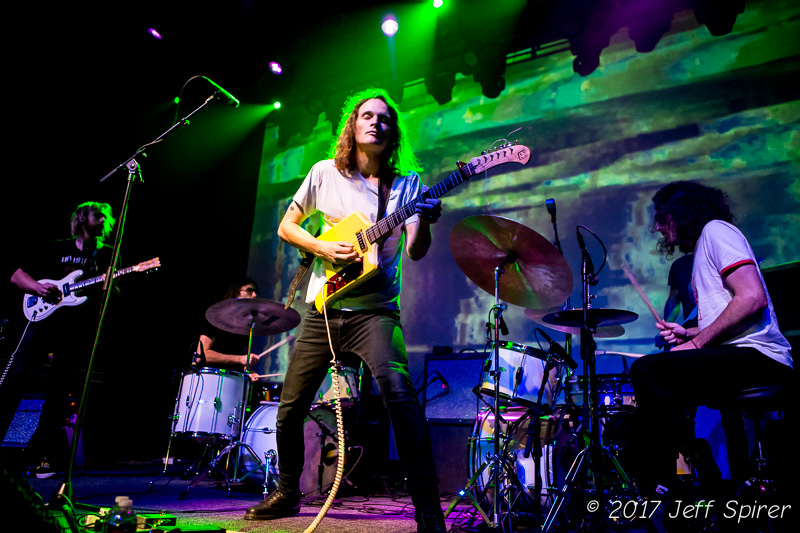 Meanwhile, the boys are on tour testing the Banana tracks for audiences around the world. Twenty-four hours prior to their appearance at The Fillmore, the band dropped a third of their upcoming Murder of the Universe album. Before the end of this tour, the band will have the rest of the record out. I would not be surprised if they slip us another collection of tracks before July. 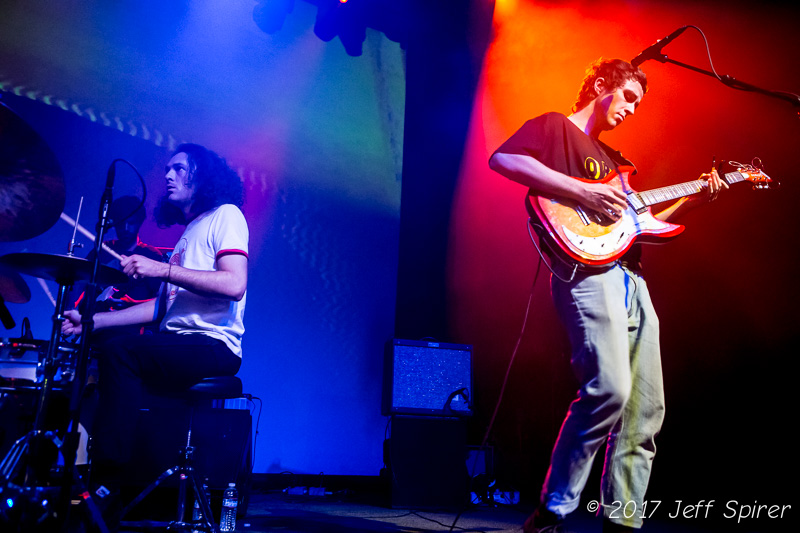 However, what we do have is the wonderfully groovy Banana. Again, the band has conjured a new set of laws that govern the album. In 2015, the band released Quarters! that contained, you guessed it, only four songs. Each song ended at the 10 minute and 10-second mark, no sooner or later, totaling at 40 minutes and 40 seconds. In Nonagon Infinity, each song bleeds into each other for ∞. This time around, vocalist Stu Mackenzie acquired a microtonal guitar that plays smaller intervals rather than the semitones found in Western music. To get the new project off the ground, Mackenzie paid the rest of the Gizzards $200 each to get their instruments equipped to be played with microtones. The result is a sprawling, sometimes sleepy, often times manic set of tracks that continue to show the boundless imagination of this band. 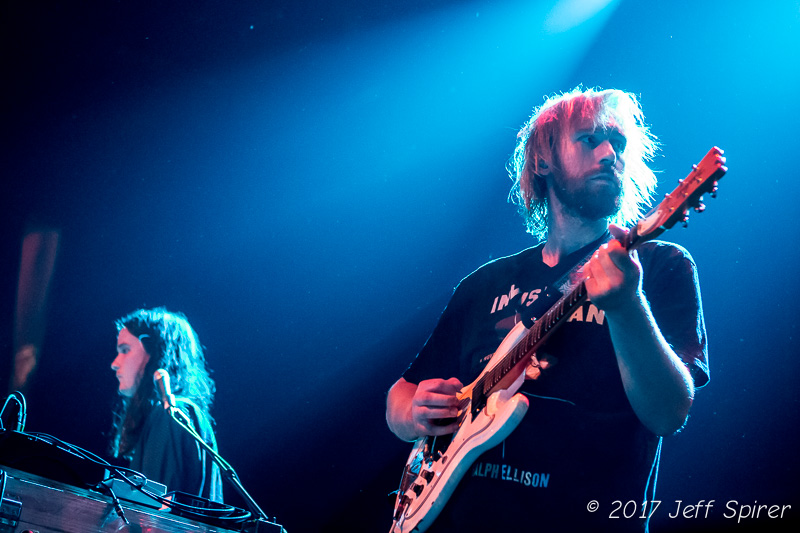 The band received a warm welcome at The Fillmore. Once the house lights shut off and purple and yellow lights flooded the venue, AC/DC’s “Dirty Deeds Done Dirt Cheap” blasted over the speakers. The Gizzards stepped on stage and kicked off the concert with “Open Water.” The band played just about the entire Banana album on shuffle. The stoner metal “Doom City” was paired with the Afro-funk groove of “Nuclear Fusion,” then cut to the bluesy “Anoxia” and the languorous “Sleep Drifter.” 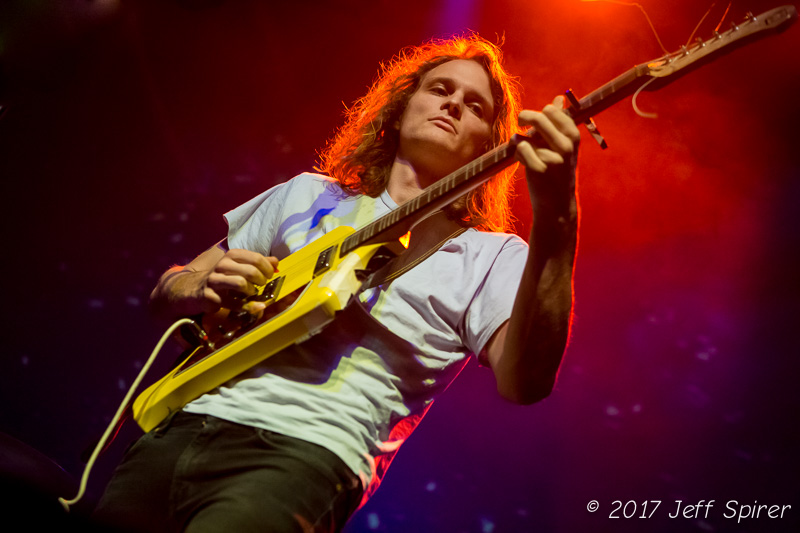 Aside from the new tracks, the band served up some songs from Infinity with “Robot Stop,” “Gamma Knife,” and “People Vultures,” each song being more sensory overload inducing than the last (in a good way). The new-new “Vomit Coffin” from one of their upcoming projects also got a chance to shine along with “Altered Beast” and “Lord of Lightning”. 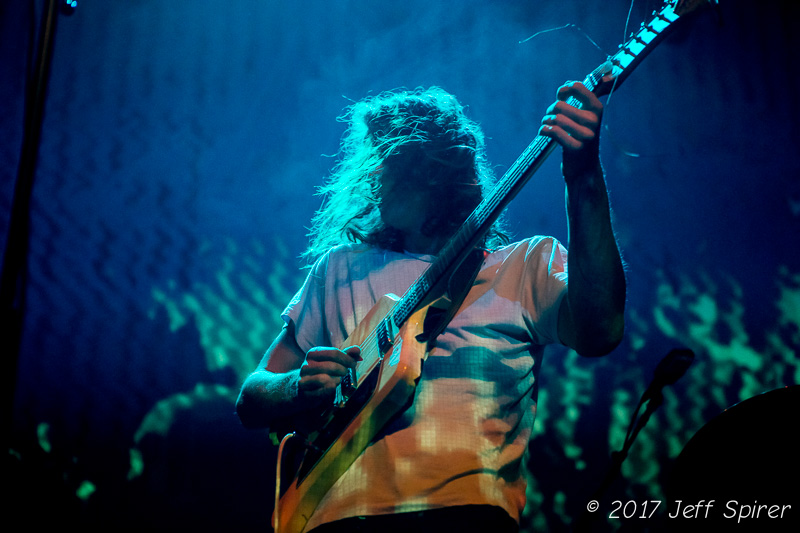 The finale was a ten minute or so jam called “Am I in Heaven?” that stuffs several tracks together. The main melody that’s spread across Infinity was played paired with another rendition of “Altered Beast” and part of 2013’s “Head On/Pill.” 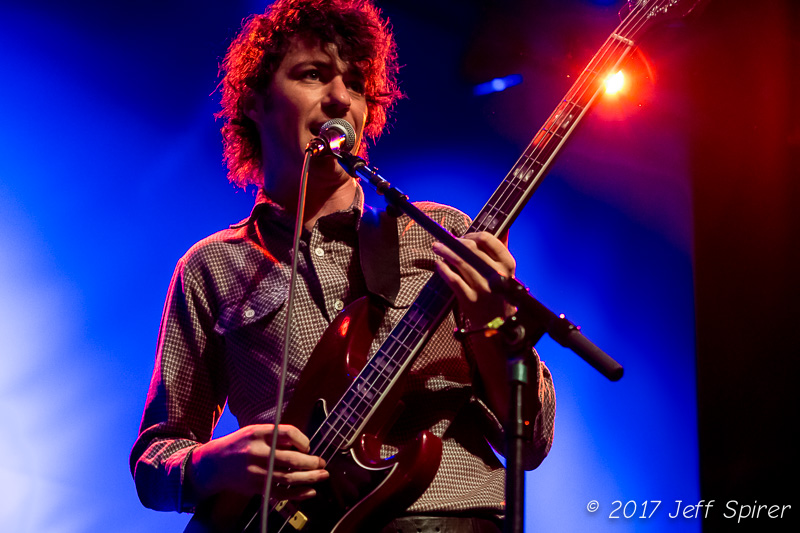 The opener of the night was the pro rock/psych rock band ORB. The group was an appropriate appetizer. The two bands share a similar sound and love of genre bending. Elements of prog rock, retrofuturism, and 60s psychedelia were rolled into one tasty hit.

Find out more about King Gizzard & the Lizard Wizard on their website.