The woman of a thousand faces, a gross of voices, a million costumes, and host of the somewhat quarterly Misfit Cabaret at the Great Star Theater, Kat Robichaud knows how to put on a themed cabaret/variety show and keep the audience enthralled. At the end of October, of course it will be a Halloween themed show, complete with ghouls, zombies, possession, and psychos, with music, dance, aerial performance, and sketches both original and derivative of well-known movies. 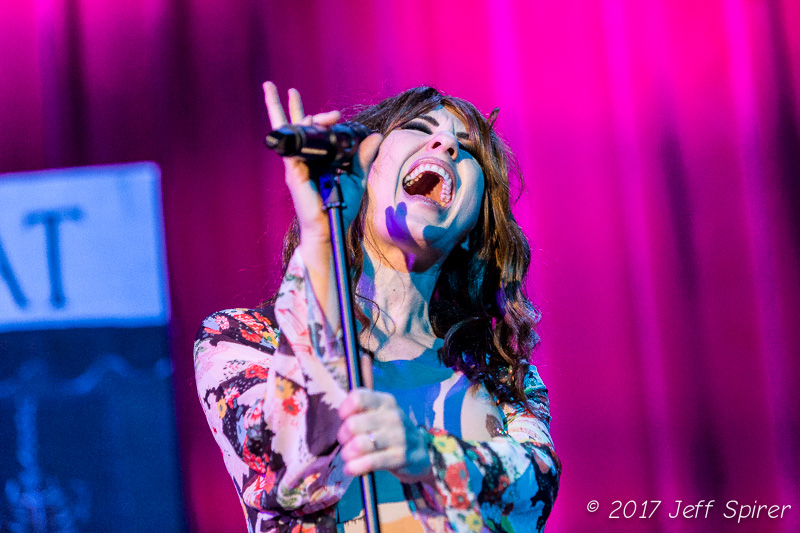 Musically, Robichaud and her powerful voice (which could have been heard on “The Voice”) cover a lot of ground including Robichaud’s original compositions and plenty of covers from AC/DC to “Singin’ in the Rain.” The band – the Darling Misfits (Brendan Getzell – keys, voice, MD; RJ Pal – drums; Adam Dragland – guitar; Tim Baker – bass) follows the changes with ease and expertise. Along the way, Shovelman and his shovel guitar performed a couple songs with his typical spacy sound enhanced with the Halloween spirit, a bit like Tom Waits on acid, if Waits played the shovel. 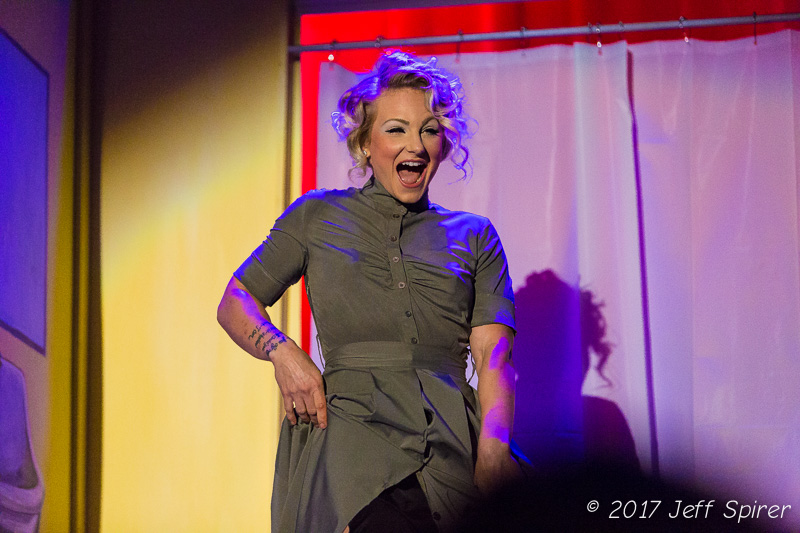 A burlesque Janet Leigh (JonBenet Butterbuns) gets killed in the shower by Mrs. Bates, a possessed teen (Maia Adams) in a bedroom full of crosses is first contorted by her demons and then climbs to the ceiling in a thrilling aerial act, a towering demonic Marilyn Manson (Johnny Rockitt) sang and danced. Fou Fou Ha!, a bawdy clown troupe provided the zombie element, and Robichaud’s co-producer Jordan Nathan appeared periodically as Wednesday Addams to introduce everything and to run the audience costume contest during intermission. 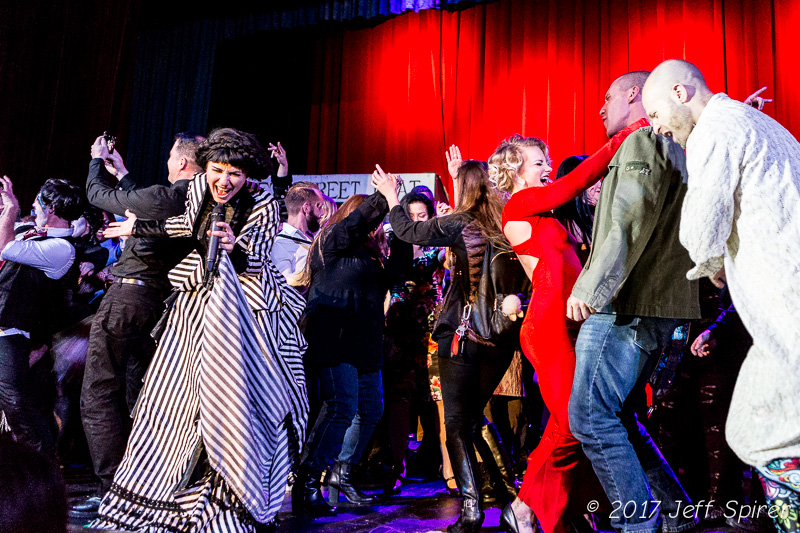 At the end of the show, as always, Robichaud invited the audience on-stage to dance with the cast members. It was another thrilling performance from Robichaud and her talented cast of performers.

Here’s a slideshow of photos by Jeff Spirer from the October 27 performance (note: some images may be considered NSFW):

For more information on Kat Robichaud and the Misfit Cabaret, see this website.