After working up a sweat on the Fillmore stage during the ferocious opening number “New Ammo,” Karl Denson paused to take it all in. The amazing saxophonist/flutist was celebrating his 60th birthday on this night with his band Karl Denson’s Tiny Universe (KDTU). But also onboard this evening were a cavalcade of special musical guests from around the country. This show was appropriately billed “Karl Denson’s 60th birthday bash.” 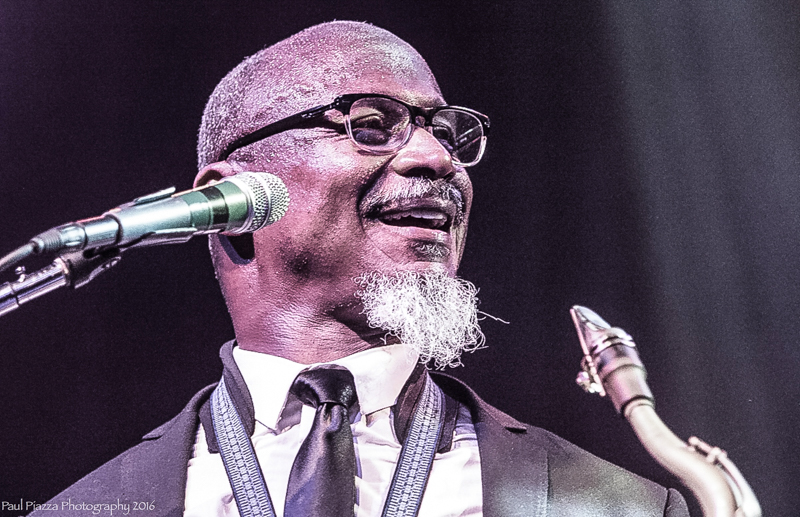 Taking in all of the love from the packed house, Denson stated, “I’m still here,” pausing and making those in the crowd and perhaps those onstage as well, contemplate all of the significant losses in the music world and the world at large. Earlier that day, we had all found out that we had lost Carrie Fisher, while George Michael had passed a couple of days earlier.

Then he continued. “I feel great,” he started. And he looked it. The ebullient Denson, who is known as the ‘Diesel’ for his stout physique continued, “I’m not going anywhere. But you never know, shit happens, so I thought we’d do this tonight while we can.” 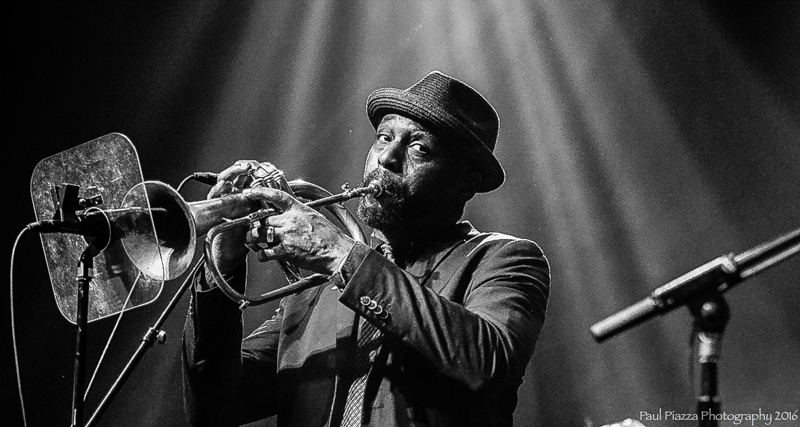 And with that, he and his band got things cookin’ with a powerful version of “My Baby Likes to Boogaloo,” which featured Denson, along with KDTU bandmates Chris Littlefield (trumpet) and guitarist DJ Williams (guitar) nimbly boogieing in synch across the big stage. Denson attacked the vocals with gusto and then picked up the sax for a fiery finish at the end. Guest horn players Andy Geib and Dela from Slightly Stoopid joined the dancing fun as well.

Next, the group plowed into a rocking version of ZZ Top’s “Just Got Paid,” which was just one of many amazing covers on this night as the guests starting filling the stage around KDTU. Denson’s stellar band also includes Chris Stilwell on bass (The Greyboy AllStars), drummer Alan Evans (Soulive), David Veith on keyboards (Crush Effects), and lap steel guitarist Seth Freeman. 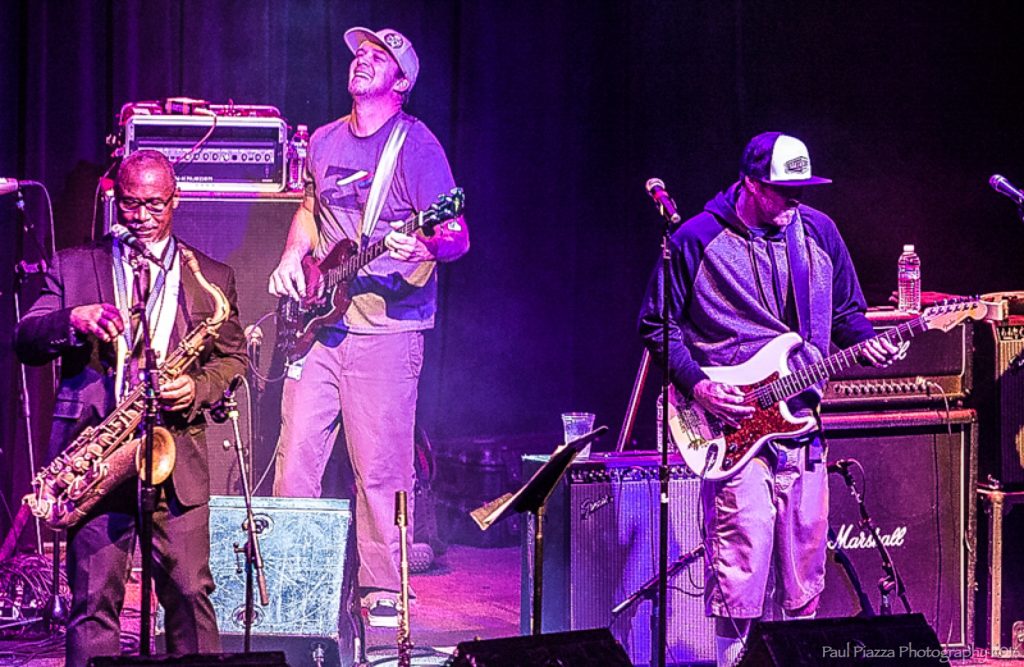 But the guest list as well as the set list on this night were fitting for this occasion because Denson’s legendary resume is so stacked with remarkable musical feats and collaborations. He played on the first two Lenny Kravitz albums, co-founded The Greyboy All Stars, and has played and recorded with San Diego neighbors Slightly Stoopid many times over. One of his most recent accomplishments has been to become a touring member of The Rolling Stones. Naturally, a couple of great Stones cuts, “Sway” and “Live With Me,” made it into the mix on this night. 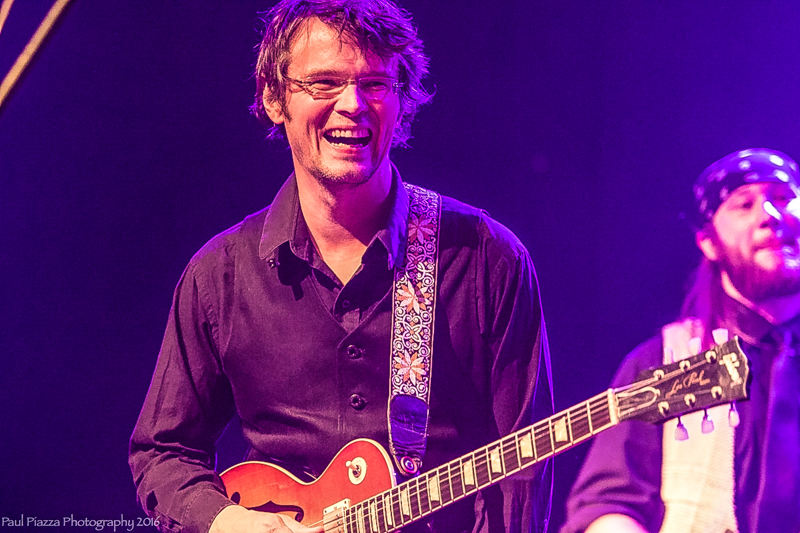 Aside from all of these accomplishments, what Denson may be most well-known for is his prowess on the jam music circuit. Late at night, long after finishing a set at a festival, he can be found either leading his band or sitting in with other greats on a stage or club in the vicinity, knocking it out with high energy. He has long been known for his skill at extended improvisation and playing sets of music that cross over genre boundaries. It can be said that the Diesel never runs out of steam and takes on all musical challenges with much aplomb.

So, it wasn’t surprising that when the guests started parading out, many were key figures in the jam world. Percussionist Mike Dillon, who fronts the Mike Dillon Band with spastic energy and often sits in with KDTU as well as Primus, was on stage from start to finish. 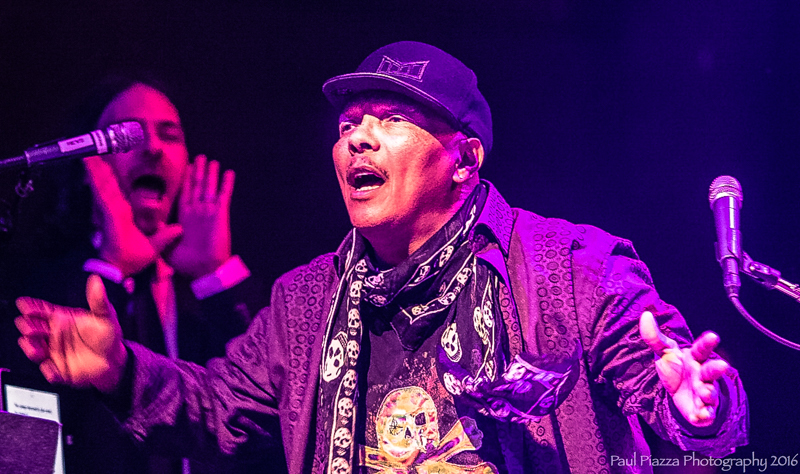 New Orleans legend Ivan Neville (Hammond organ/vocals) popped in and out for most of the night as well. Midway through the show, he led the crowd in a “Happy Birthday” singalong. Neville, the progeny of New Orleans royalty, has recorded with Bonnie Raitt and The Rolling Stones and toured with Keith Richards. Like Denson, he can be found sitting in with bands deep into the night in New Orleans when he isn’t playing with his own group of funk monsters called Dumpstaphunk. 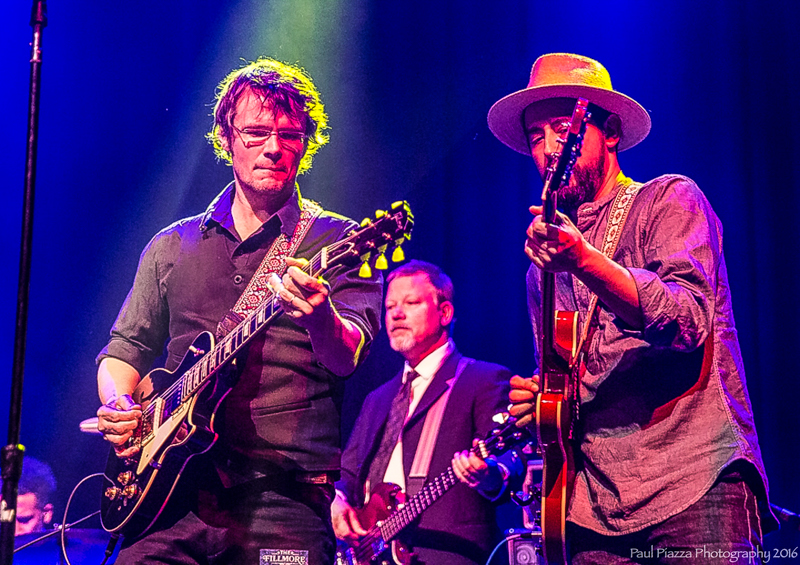 Other guests included Luther Dickinson of the North Mississippi All Stars, whose deep, dirty southern boogie and raucous live shows are legendary. He led a version of “Po Black Maddie” that extended out into a great jam that shook the rafters. There was also Sacramento native and current San Francisco vocalist/guitarist Jackie Greene, who is known to cover a Dead tune or two. He paired up with Denson on the Dead’s “Viola Lee Blues” and “Here Comes Sunshine,” raising ghosts of Fillmore shows past. Greene shined while trading licks with guitarists Williams and Dickinson, all of whom were on fire on this evening. 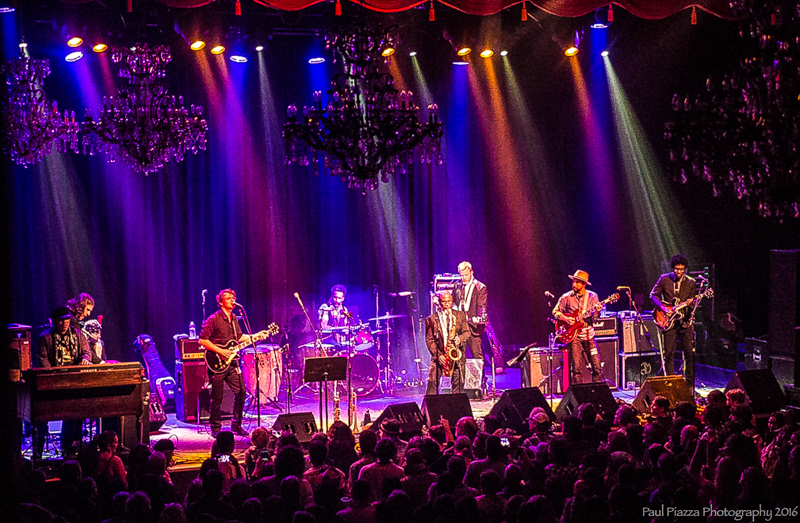 Also, aboard were Slightly Stoopid leaders Miles Doughty, Kyle McDonald and Rymo with whom Denson frequently gigs and records. They played the Stoopid cuts “This Version” and “Express Yourself” as well as sticking around for more.

At the end, the supergroup gathered onstage to finish things off appropriately with Steely Dan’s “Showbiz Kids.” This night had turned out to be a fantastic tribute to both Denson’s musical fertility, influences and his ongoing and future collaborations. 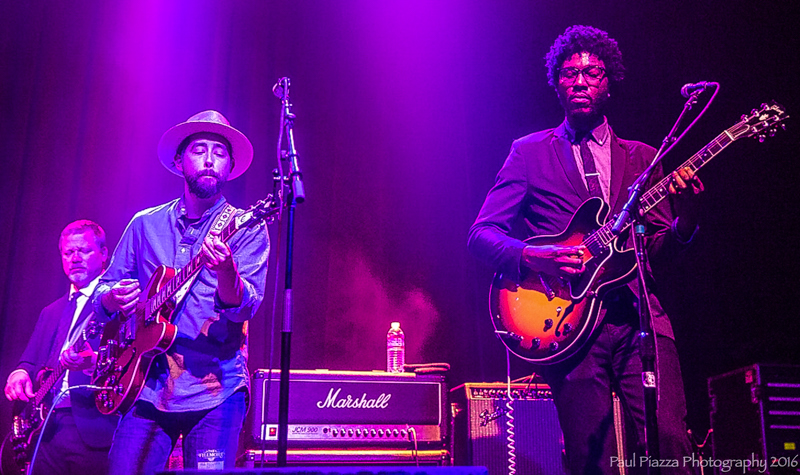 2017 shows the promise for much more with KDTU’s highly anticipated Camping In Suits album, touring dates with the Tiny Universe, Greyboy Allstars, and The Rolling Stones, as well as the likelihood of many more musical celebrations as the Diesel trucks toward 61.

For more information about Karl Denson and his Tiny Universe, check out his website.