It is quite an amazing thing to see a burgeoning musical act grow up before your eyes. That is exactly what has happened for those who have watched the rising star of K.Flay, especially after witnessing her tear up the stage at her recent Fillmore performance. 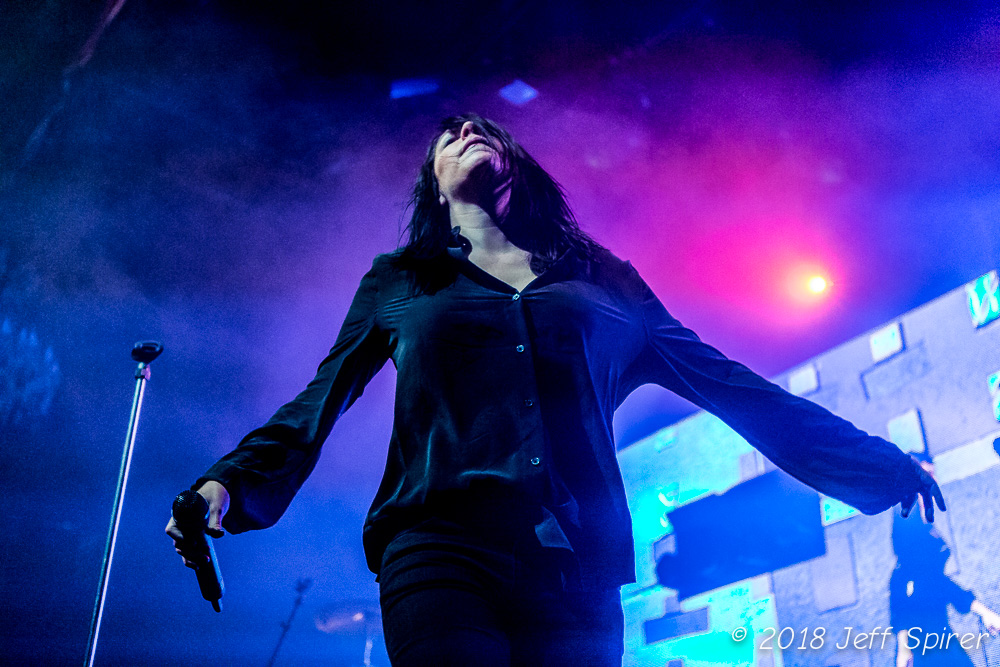 It seems like it was just the other day that she was playing Stanford house parties and small clubs for drink money. Then after getting some notice from her self-produced mix tapes and catching the ear of the record industry, it was a step up to bigger clubs and crowds, with drinks provided to the band room and meet and greet sessions at the merch stand. Now it is the move to the ‘big time,’ releasing a record on a major label, playing shows with bands that are very well in her record collection, and touring as a headliner. 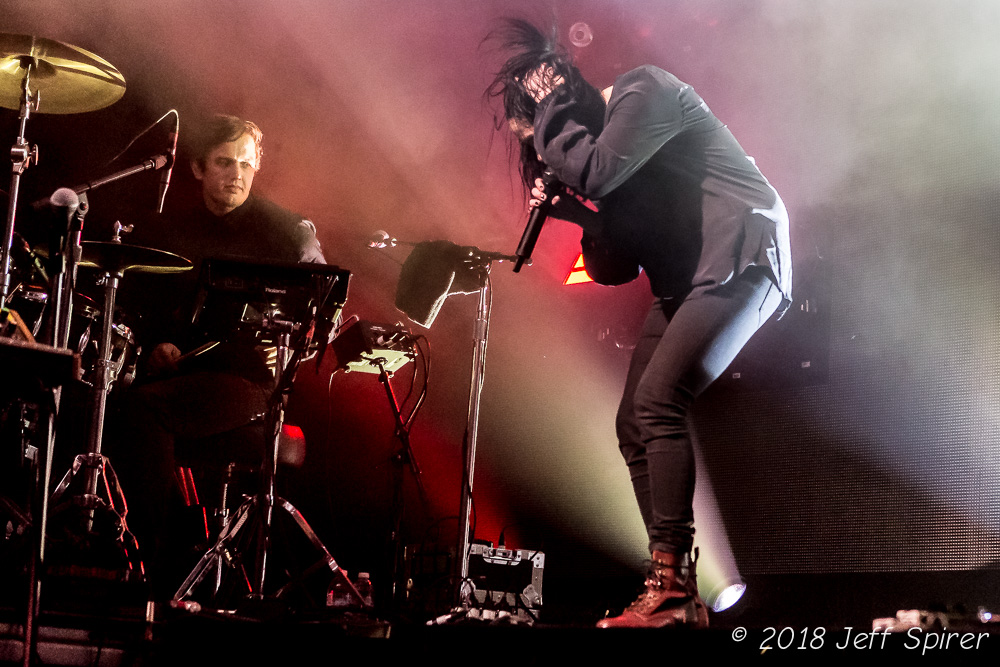 K.Flay (a.k.a Kristine Flaherty) has made these double jumps across the musical checkerboard in what seems like a blink of the eye. But really it has been a series of significant moves since we saw her at the Great American Music Hall just over a year ago that has her on the precipice breaking out as a major global act. 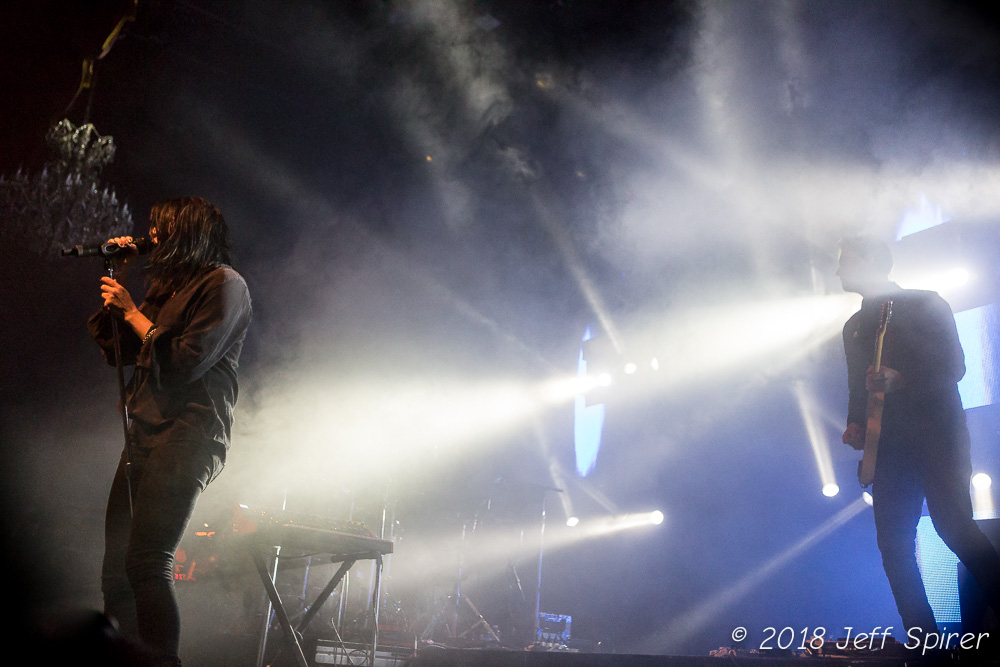 Little did we know that the long meet and greet with fans after that GAMH show some fifteen months ago would serve as a step on the metaphorical stairway to the expanded musical universe in which she now travels. That was before the release of Everywhere is Some Where, K.Flay’s April 2017 release on Interscope Records which has fueled her current headlining tour across the United States. 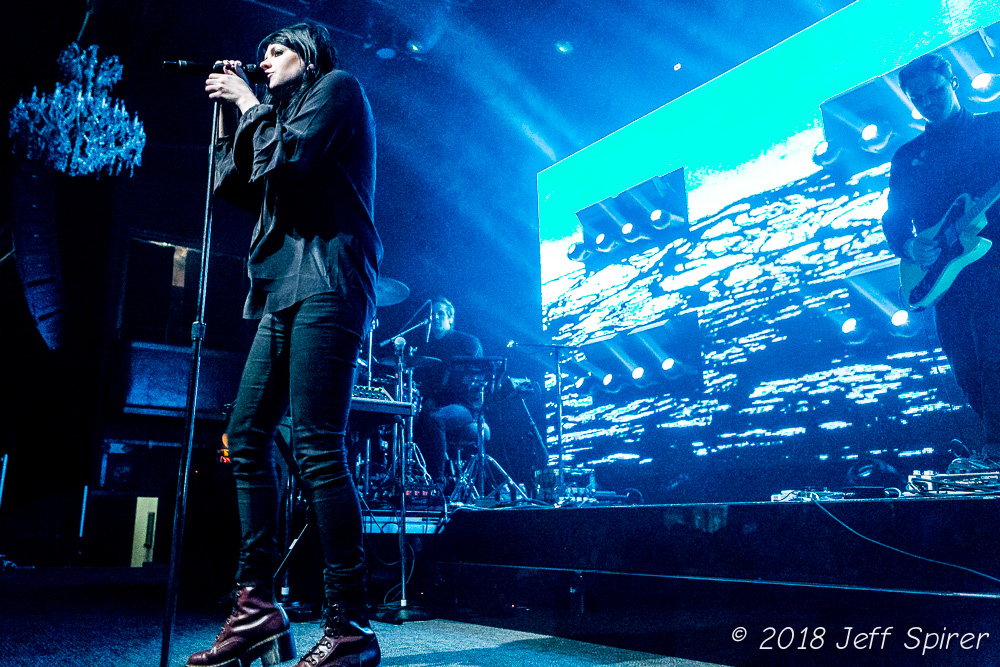 On this evening at the sold out Fillmore, a bigger, bolder, more sure of herself K.Flay was on display. Not that she was ever lacking for confidence, but she now carries the fire of an emerging rock star. Her stage presence, her music, and her fan base have all changed quite a bit since taking those steps up to the next level. 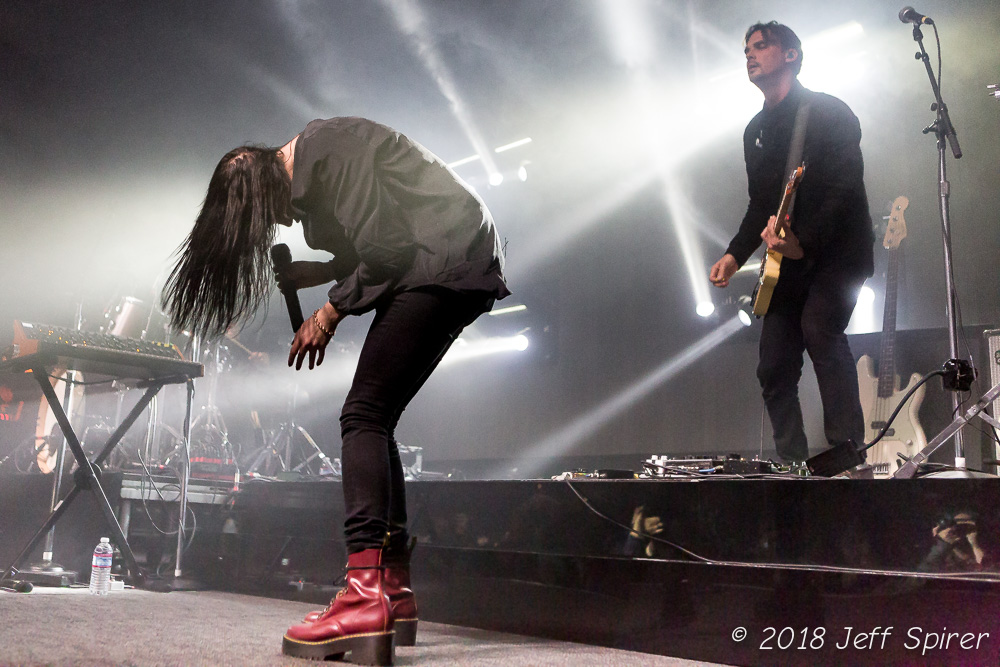 From the moment she broke the seal on the night’s set with ‘Make Me Fade’ (Life As A Dog – 2014), she commanded the absolute attention of the crowd. Silhouetted against the backdrop of a ten-foot high bank of screens and lights that stretched across the entire stage, all eyes were on K.Flay as she cracked off scattershot rhymes in an innocent drawl that if you didn’t know any better could make her sound like she was from another country. 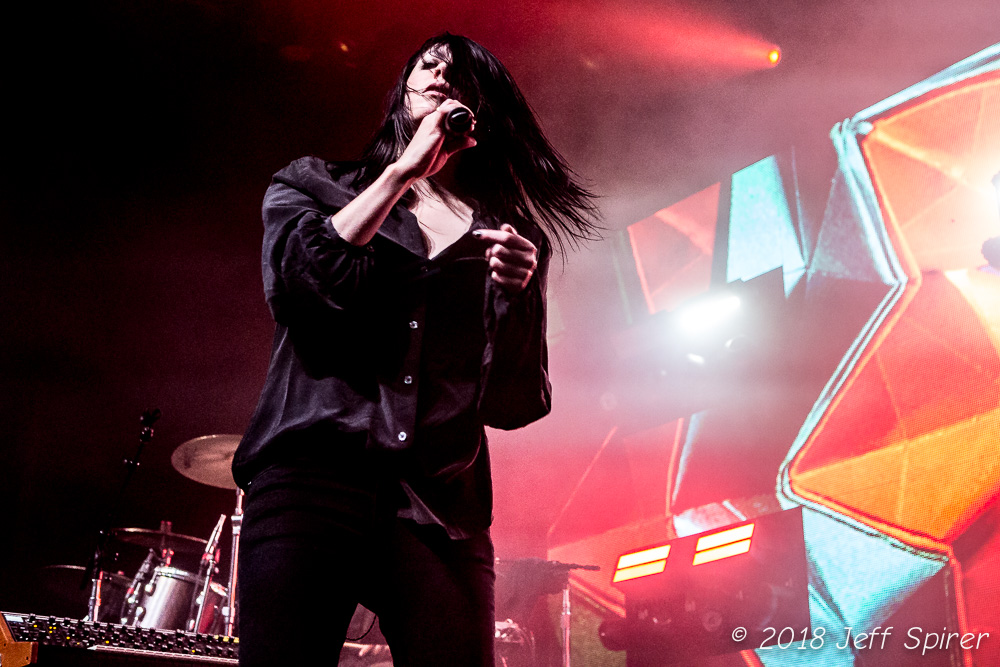 As the set progressed, her intensity increased, and she exuded the aura of a true headliner. For those who have seen the evolution, it was very apparent. She now even speaks with the lexicon of a rock star, constantly exhorting the crowd by referring to them as ‘San Francisco’ (“How you feeling San Francisco?”!!!). 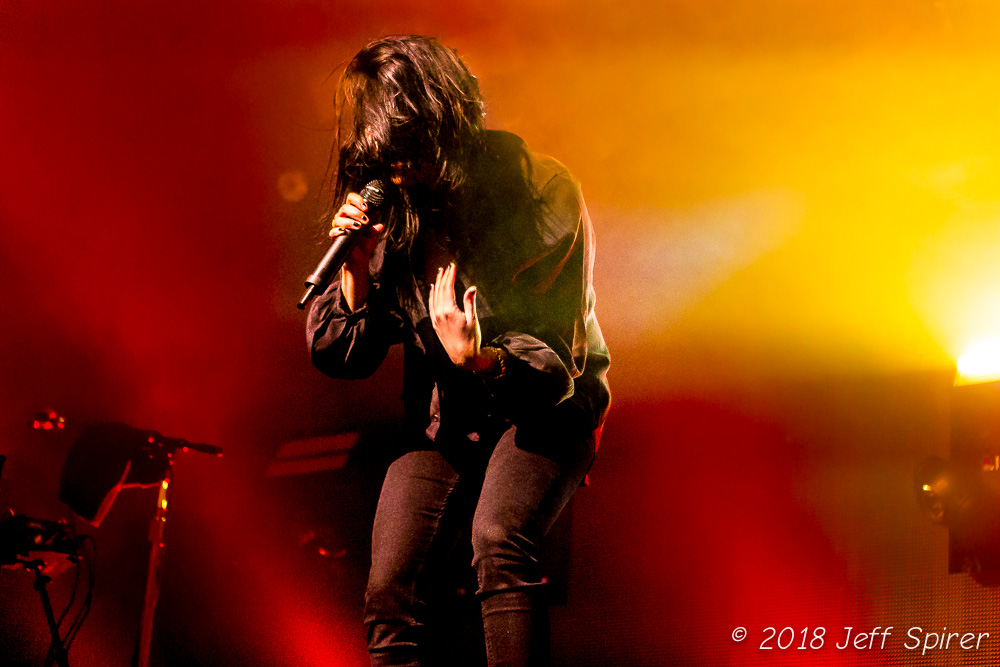 The crowd, a bit older and more sophisticated for this night as compared to the show at the GAMH, ate it up. When she rolled out ‘Dreamers’ from her latest album, the largely female contingent in the crowd was singing in time with her. This track in particular brings a vibe of M.I.A. to the party, driven home by a sing-song chorus that bounces over its slower dancehall styled beats. 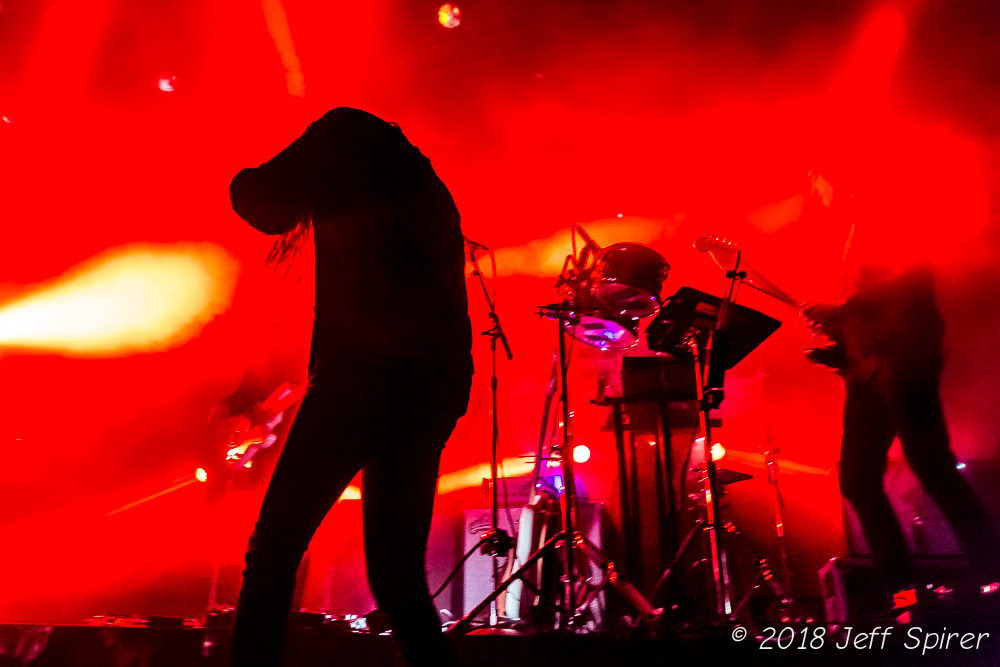 With her newly expanded stage show, K.Flay also has an expanded backing band. To her credit she embraces a more raw and organic live sound than the polished production evident on her record. 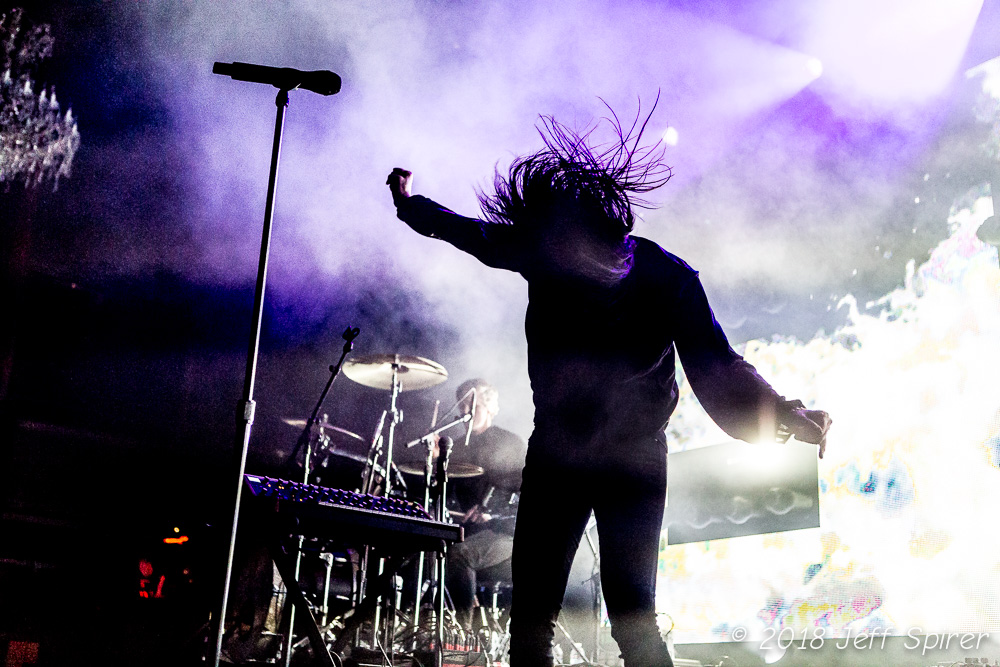 There is a heavy nod to Nine Inch Nails in the sonic layering of the new material. This was exemplified in the performances of ‘Black Wave,’ ‘Giver,’ and ‘Hollywood Forever’ (all from Everywhere is Some Where), which have a more gritty aggressive sound balanced by her penchant for a rootsy hip-hop emcee delivery. 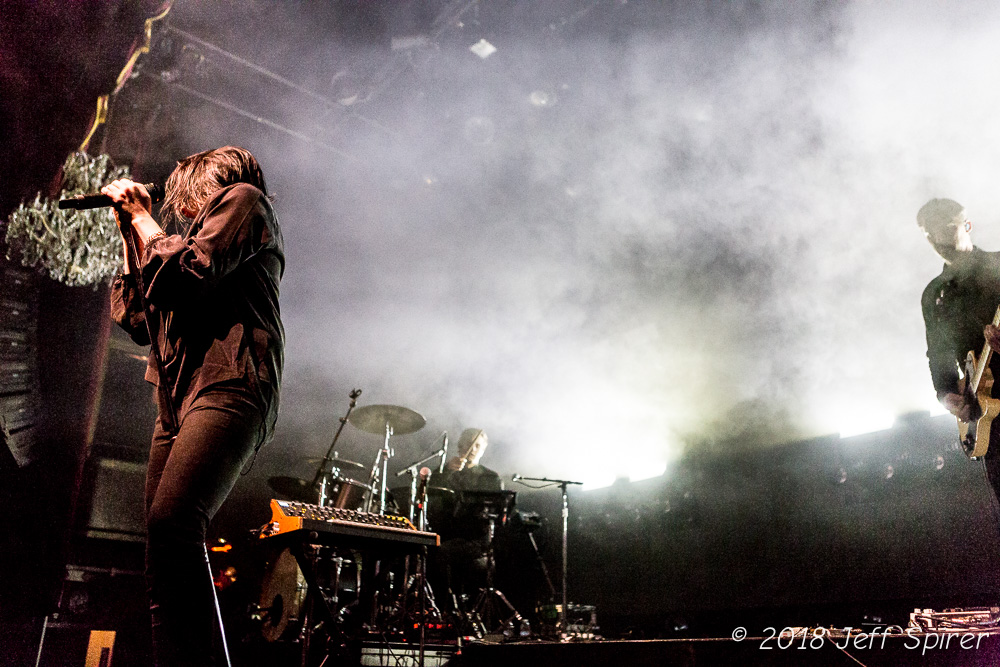 The jewel of the night though was the closer of the main set ‘Blood in The Cut,’ which has been re-released and is nominated for Best Rock Song at next week’s Grammy Award show in New York. This song and its critical and popular success have cemented the arrival of K.Flay. It is altogether biting, in your face, and an invigorating showcase of her talents vocally and as a dynamic front person. 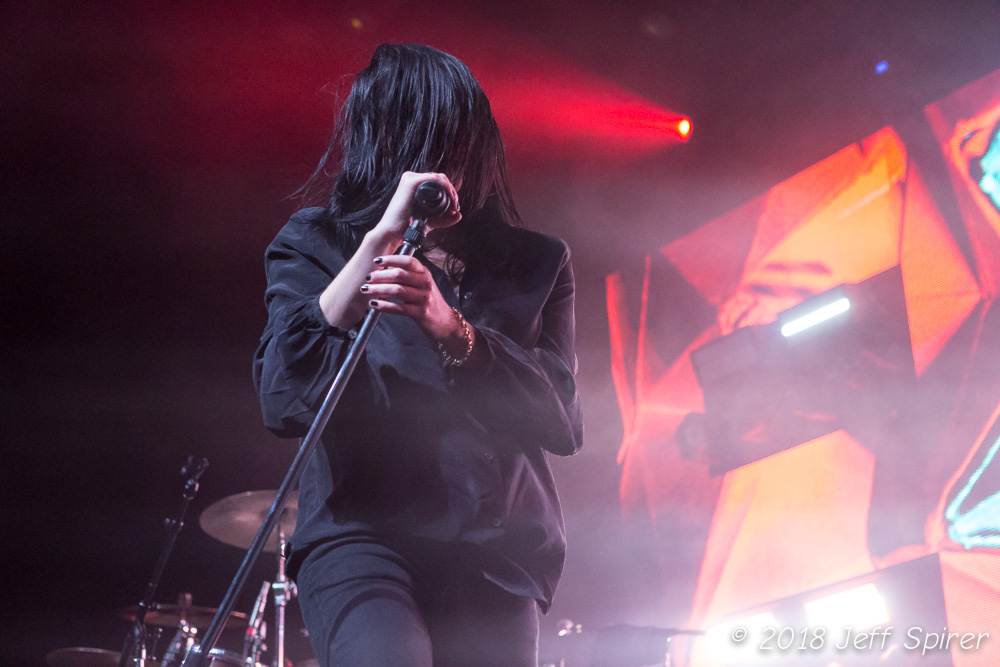 ‘Blood in The Cut’ put an exclamation point on the night and drove the crowd wild to the point that the ensuing encore seemed like it was the blow back of the tail of a comet that just scorched by. With her elevation into the rock stratosphere, K.Flay is poised to keep her star burning hot for a good long while.

Interscope label mates Sir Sly opened the night and proved to be a nice appetizer for the K.Flay main course. Hailing from Los Angeles, their sound is a mix of indie pop with psychedelic electronica elements. Vocalist Landon Jacobs has an interesting voice that fluctuates from a monotone staccato delivery to the occasional high falsetto. 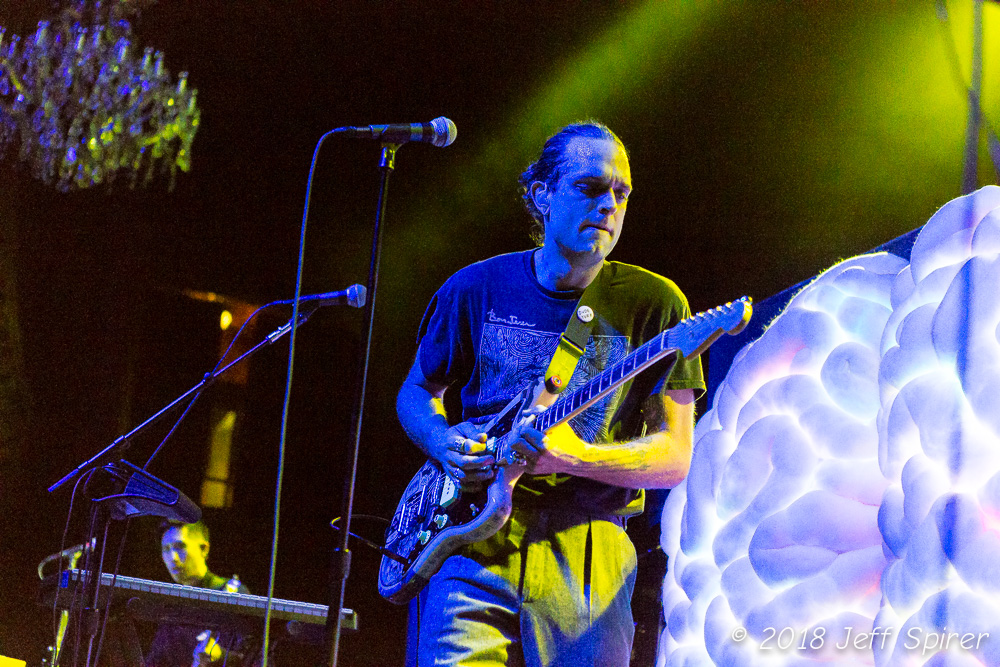 Fittingly the peak of their set was ‘High’ (Don’t You Worry, Honey – 2017). With its driving beat and Jacobs’ vocal delivery the song has a sound that reminds of Gorillaz, and pulled the arriving crowd up to the front and got them moving.