It’s no surprise when a July Talk show is out of control like a fireworks display gone awry. Maybe it’s the cold of their native Canada that makes them perform like there’s no tomorrow. Or maybe it’s just their love of music and theater. The band is fronted by the pair of singers Peter Dreimanas and Leah Fay, who played against and with each other through the entire set at the Bottom of the Hill. 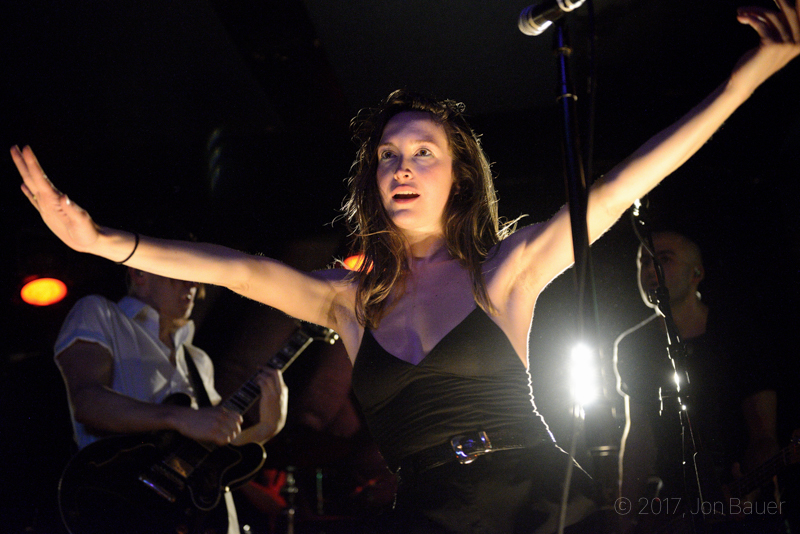 Dreimanas exudes a boyish charm and channels Tom Waits with his raspy, whiskey-soaked voice. Fay resembles a writhing seductress with terrific singing chops. Her voice is clean and clear, in contrast to Dreimanas. The result is fiery yet sweet vocals in front of perfectly executed drama pop. 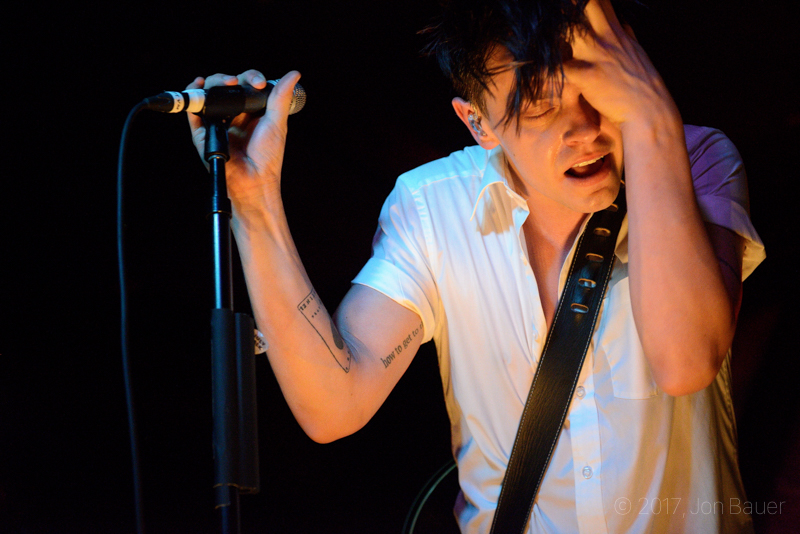 This worked right from the opening, the bouncy beat “Picturing Love.” Of course the band played “Push + Pull,” with its hooky guitar line and dance beats. And by the end of the night, with “Paper Girl,” the band demonstrated the perfect interplay between the voices – male/female, gruff/sweet, rough/smooth. Oddly enough, quite a few of their song titles show this duopoly. 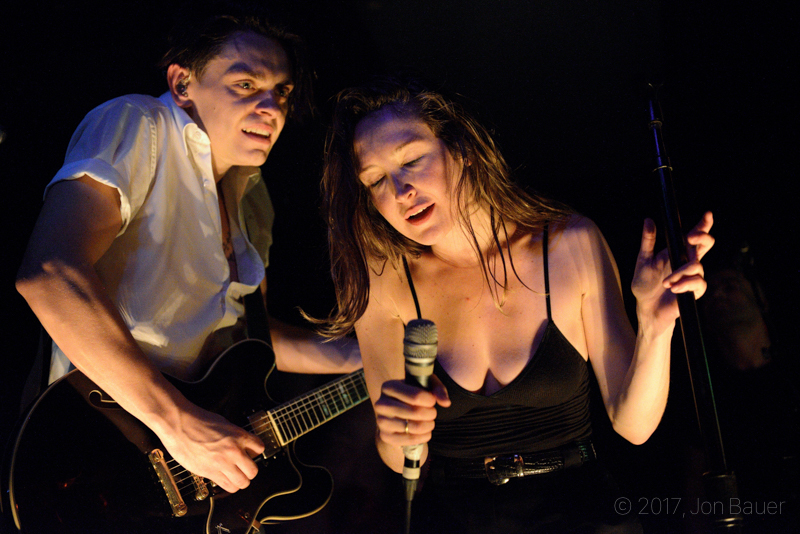 As can be expected with any July Talk show, it was Fay’s forays into exhibitionism that most excited the crowd during the night. She ate a setlist, masturbated with a microphone, danced into the audience and sang while there, and also sang and danced with as many fans as possible. She successfully seduced everyone in the front half of the house, leaving a sated audience at the end of the show. 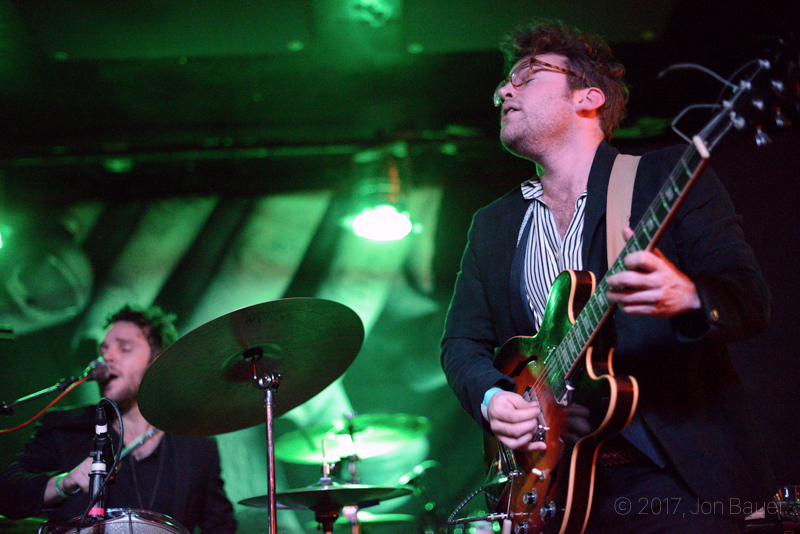 Before July Talk, Portland-based Lower 48 offered up a tasty set. A three piece band that met in high school, they play indie pop with a hint of blues underneath. While they lack a bass player, the music still has enough grooves to get the audience bouncing and dancing. 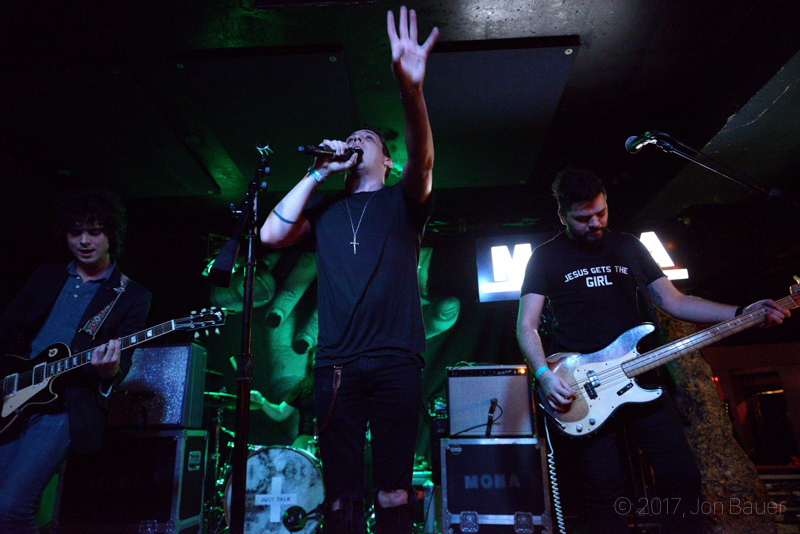 Opener Mona brings on the rock anthems, sounding reminiscent of Kings of Leon. The band exhibits high energy throughout their set, with frontman Nick Brown even crowd surfing!

Check out this slideshow with more photos by Jon Bauer of all three bands:

For more information about July Talk, see their website.

Find out more about Lower 48 on their Facebook page

There’s lots of information about Mona on their website.