The importance of technical instrumental music is often overlooked in todays mainstream society. As one may generally stumble upon a steamy rave blaring synthetic sounds while attempting to grab a slice of pizza at the DNA Lounge, Sunday night made the exception as John 5 and The Creatures invaded the DNA and temporarily abducted the minds of true music appreciators. 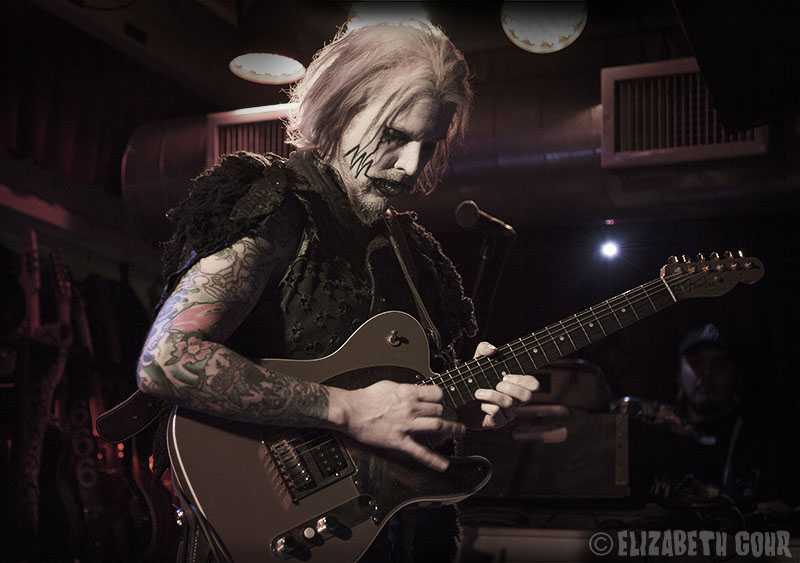 This guitar virtuoso holds true to the impressive resume of artists he has worked with both on stage and in the studio. A frequent collaborator with David Lee Roth, John 5 has also previously contributed and toured with Marilyn Manson and currently inhabits the harmonious creative realm with Rob Zombie. Having a nonstop artistic ambition allowed John 5 to keep on rocking with his solo career, recently releasing the new album Season Of The Witch with this tour in support of it. 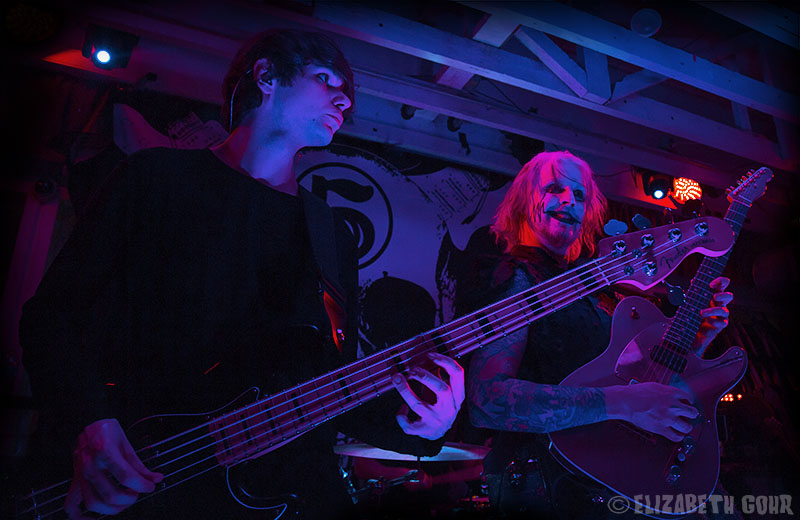 Making his way to the stage through the tightly compacted smaller venue at DNA, John 5 instantly generated an auditory tornado of extremely fast finger tapping and incredible super sweeps with a new song, “Guitars, Tits & Monsters.” The pale, painted, grim axeman stuns with his limitless capabilities for capturing every maneuver possible and with a diverse array of guitars to do so with his main rig being the very sleek signature Squire, the great golden J5 Telecaster perfectly equipped with the well-used secret weapon of the kill switch. 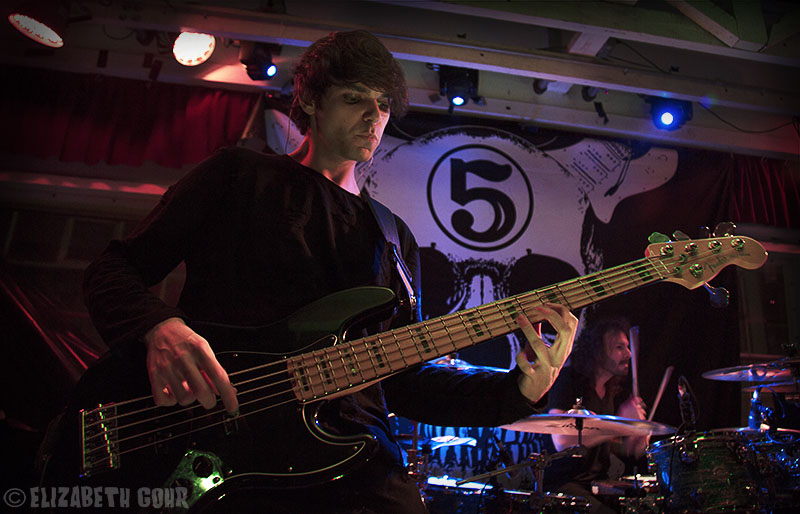 A genuine master of his instrument, John 5 provided a stunning demonstration of his versatility with the guitar. The fans peered close to study the fast finger work, an added bonus of receiving a guitar lesson along with the show. Ranging in musical styles as well, John 5 busted out a classic country jam with the Jerry Reed cover, “Jiffy Jam,” then into an upbeat new song, “Hell Haw I.G.R.,” where chicken pickin’ licks were greatly presented.

With spider-like fingers stretched out on a five string bass, Ian Ross kept a steady pace, riding along with a riveting groove through another new song, “Season of The Witch.” Drummer Logan Nix also added his expertise with a great backing rhythm and substantial fills to all the guitar chaos. Dimming down to a gloomy doomed riff, “First Victim,” John 5 emerged out of a smoky haze in a black veil as he used a bow on the glorious neon lit lava filled guitar. 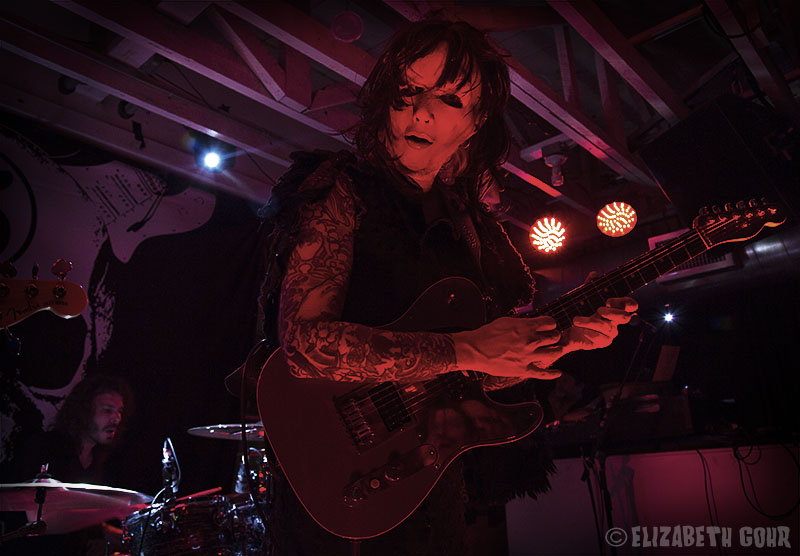 Showcasing more of his abilities after the guitar solo, in the song “The Black Grass Plague” John 5 goes from tearing it up on the Squire to jamming on a mandolin to a grand finale ripping it up on a banjo. He then slowed it down with the very sensual “Behind Nut Love,” quite the fuzzy reminiscent of the great Peter Green’s Fleetwood Mac song “Albatross.” Going hard after such a softy, “Making Monsters” emitted an ultra heavy hitter with gritty vibrations and donning John 5 in a women facemask to keep the randomness at large. 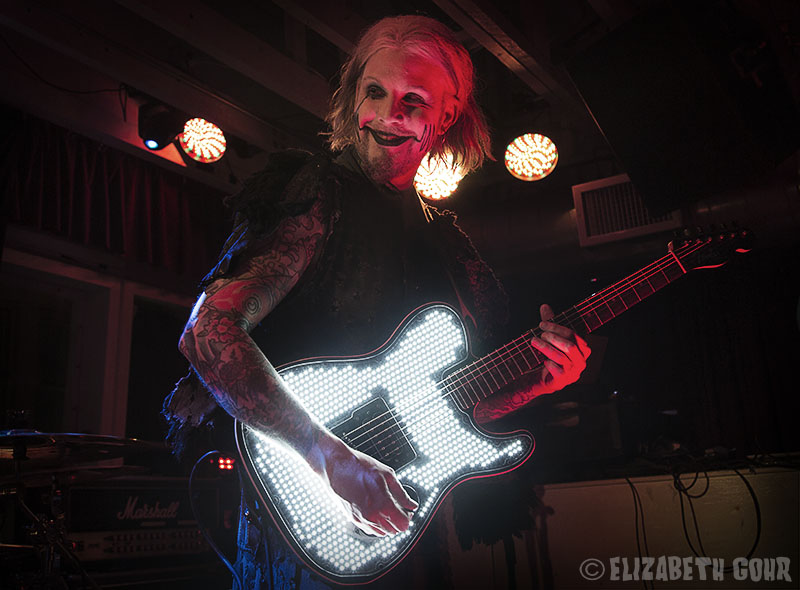 Topping it off with a cover of Michael Jackson’s “Beat It,” John 5 completely annihilated the song, shredding away on a gunmetal Telecaster. Then ending the night with a brilliant LED lit guitar, a supreme homage to rock guitar with an eight minute smoothly transitioned medley of iconic licks from the likes of Van Halen to Rage Against the Machine and pretty much everything in between. It was more than enough to gouge the pineal gland and send everyone off with an abundance of inspiration and unconditional gratification.

Opening the night for John 5 and The Creatures, Bay Area band Suicide Queen is a friendly reminder that industrial music is alive and well. An almost rusty genre that many bands these days have trouble successfully pulling off, Suicide Queen puts a nice heavy spin on showing how good industrial can really be. Vocalist Kay Dolores sang with guttural screams sometimes reminiscent of Marilyn Manson. Preceding Suicide Queen in warming up the stage, the one-man act called Violator displayed his songs on a synth with industrial tones and deep monotone vocals.

Find out more about Suicide Queen on their Facebook page.