A dapper and extremely punctual Joe Bonamassa strolls onstage in his tightly tailored suit, signature sunglasses and ultra sleek hairstyle and fans are immediately transported to an era of big band swing: luminescent, crisp, and pastel stage lighting, complete with pedestals for each of his seven accompanying band mates and podiums for his esteemed trumpet and sax players. 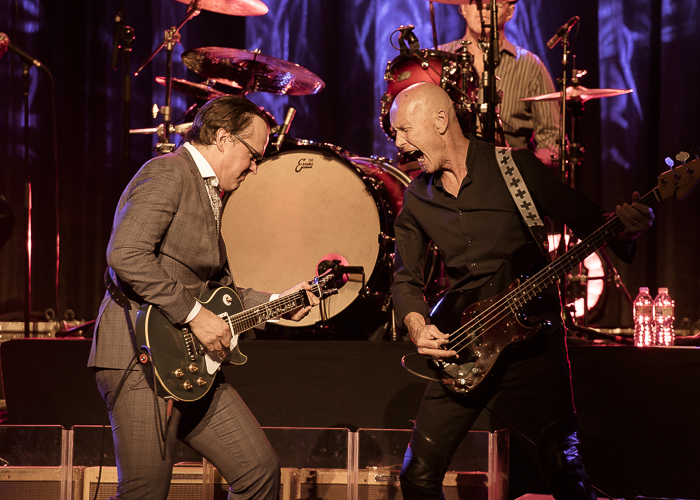 The strum of Bonamassa’s finely tuned custom baby blue Les Paul, strikes up the set with a full sounding, steel wheel-to-track version of “This Train” from 2016’s Blues of Desperation album. As our journey unfolds, Bonamassa’s fingers seem to fly along the guitar frets with razor-like precision, and his feet tap on a noticeably empty floor. Joe doesn’t appear to use distortion pedals as he plays, which could only mean that he has mastered the art of his sound purely with knobs and strings. An impressive feat to be sure! 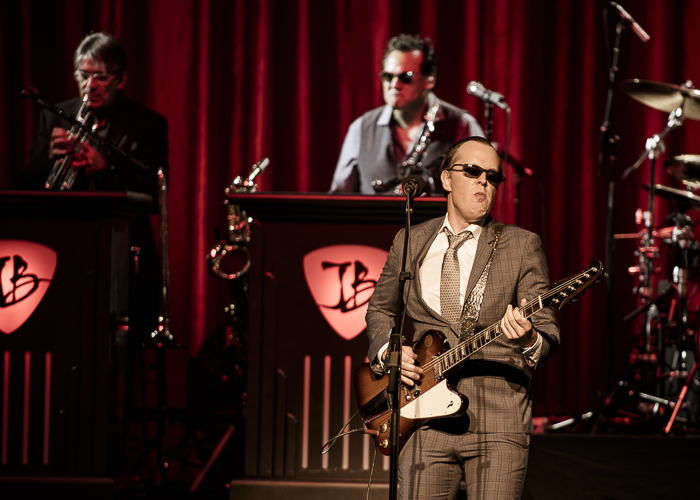 Bonamassa’s band on this tour contains some serious talent. Former Stevie Ray Vaughn and Allman Brothers keyboardist Reese Wynans was featured stage left with his straight forward, rhythmic, but hard-cutting key style and the infamous Anton Fig (formerly of the David Letterman band) shared a spotlight or two with his smooth drumming form. Anton’s solo was astounding. It’s somewhat true that blues is typically not about the drummer, focusing more on the guitar and vocals, but Mr. Fig shook his audience with a double bass laden solo that would truly make any metal fan proud! 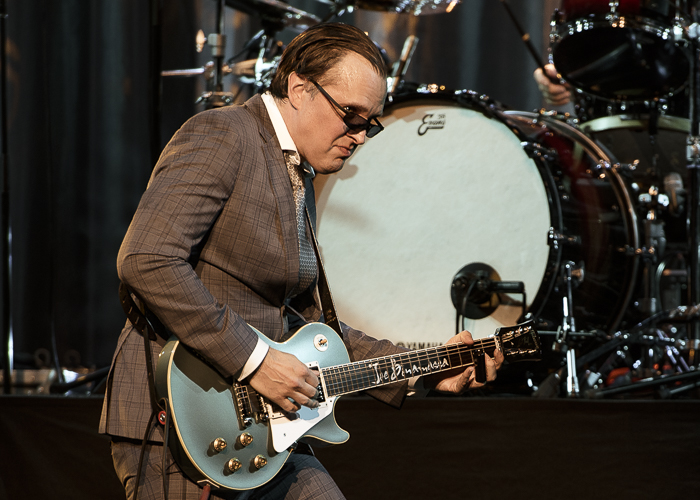 The enigmatic Michael Rhodes, who has recorded with the likes of Mark Knopfler, Johnny Cash, Elton John, to name but a few, grooved at Mr. Bonamassa’s side, his fingers stroking his bass strings with style and precision. There aren’t too many bass players who are simultaneously intense and playful onstage, but Mr. Rhodes appeared to be having a great time playing for this enthusiastic audience.

Horn duties were shared by the Tonight Show’s Lee Thornberg on trumpet and Paulie Cerra on saxophone. Mr. Thornberg is a former member of Super Tramp and Tower of Power. His robust big band/jazz style adds a special element to Joe Bonamassa’s live performance. The true intensity of a formal blues band, however, tends to be the saxophone player. Paulie Cerra is soulful professional. Having played with the likes of Stevie Wonder, Kirk Franklin, and Lucky Peterson among others, his deeply hailed R&B horn expertise add a fanciful back bone and authenticity to the Bonamassa show. 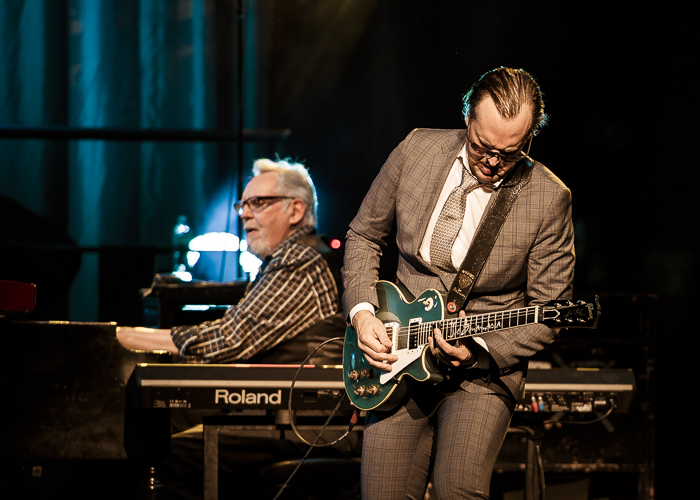 This was an audience of true blues and rock fans; deeply involved Baby Boomers out for an evening of seriously classy rock n roll. They were also extremely enthusiastic, especially with Joe’s solos. And like any committed group of fans, they threw out plenty of acknowledgements geared to get more involved in the procession of heavy, clean guitar licks. Fans were shouting “Get it Joe!!,” “A little bit louder!,” “Let’s hear it, Joe!,” throughout his set. The music even brought out more than a few professional air guitarists. 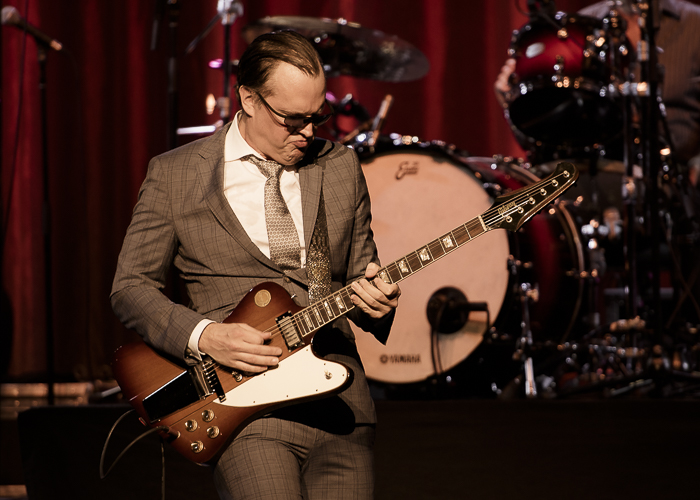 Mr. Bonamassa threw out a vote of gratitude as he started his encore, thanking his San Francisco audience for attending despite the fact that the location was “in the Tenderloin.” But no one seemed interested in breaking it to him that the Tenderloin was still a few blocks up. 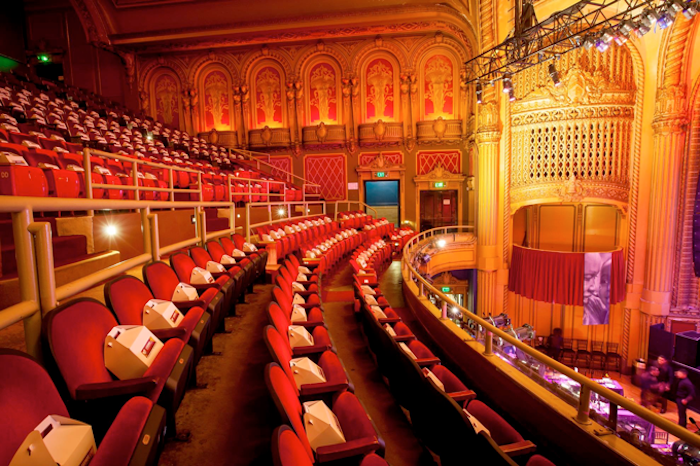 Joe, this is still one of the most historic, and beautiful venues in the Bay Area!

For more information on Joe Bonamassa, check out his website.