The Fox’s stage is nestled between two giant golden Buddhas. They glistened in the dimly-lit room as ushers guided fans to their seats. Instruments sat center stage, chairs filled the orchestra pit and mezzanine floor, and black drapes blocked the doorways. Everyone inside Oakland’s iconic theatre was ready for a spiritual experience. 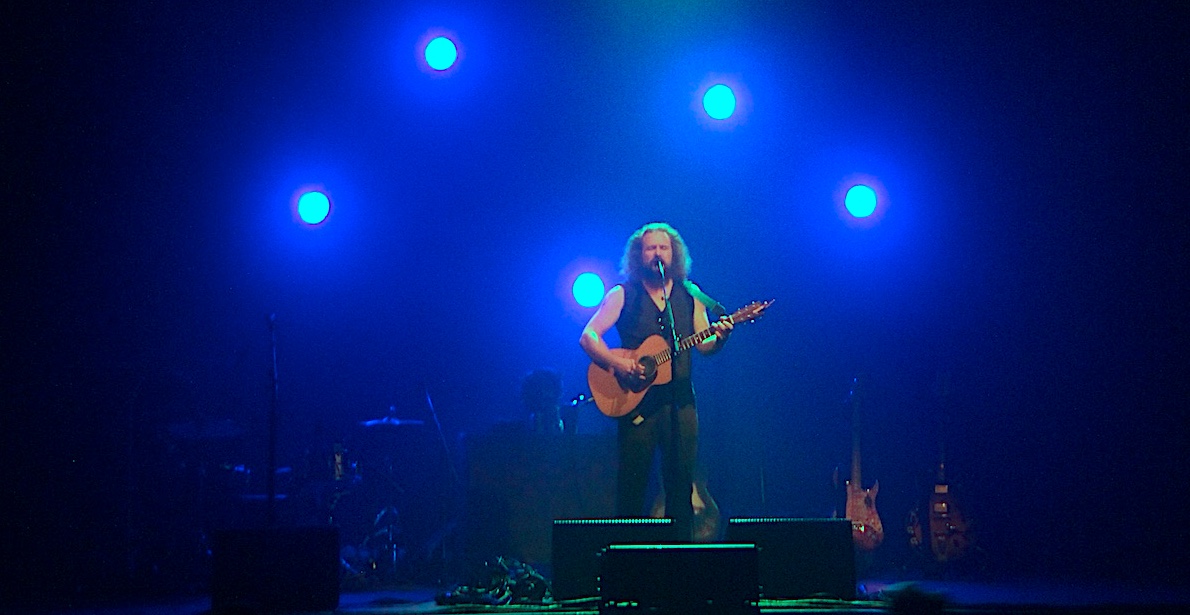 A barefoot Jim James graced the crowd. It was the second night of his solo acoustic tour, in which the My Morning Jacket frontman played songs from his entire catalog, including his latest solo album Uniform Distortion. Fitting (as it was just three days before the midterm elections), James kicked off the night with a New Multitudes number, “Changing World.” Every time he hit a deep note, women yelped with delight. 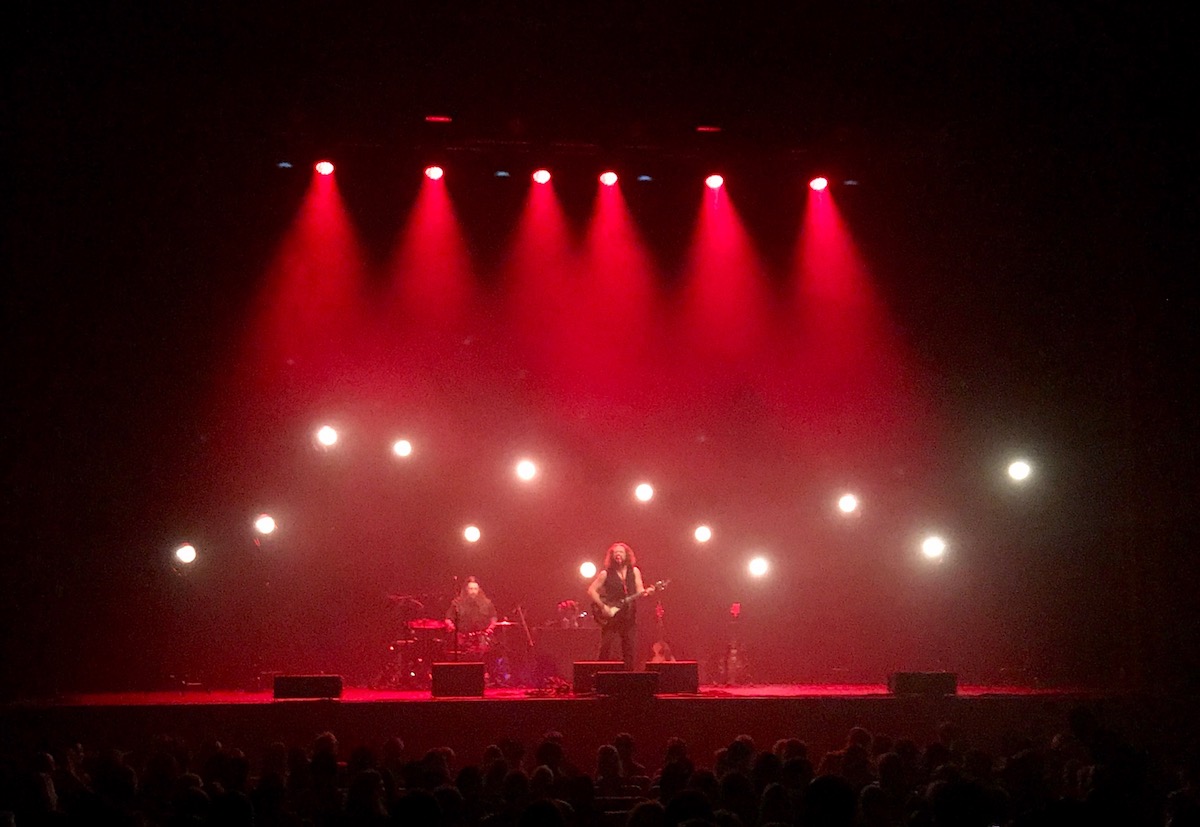 James was joined by longtime touring drummer David Givan, who played for about half of the set. It hasn’t been long since James was in town playing new material. He opened for Led Zeppelin’s Robert Plant at Berkeley’s Greek Theatre in June. In fact, he had a funny story to tell about the legendary rock star. 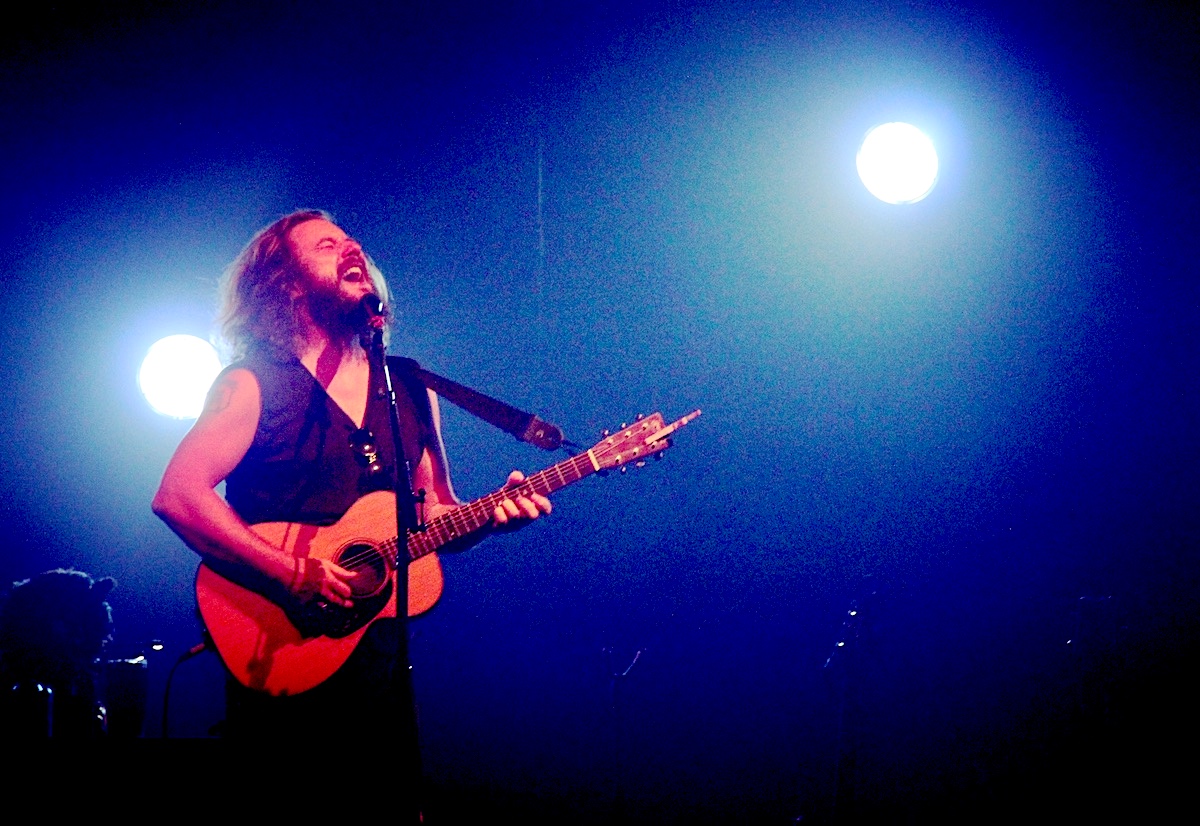 Before jumping into the new stuff, James played “The Day is Coming,” a hit off the My Morning Jacket album, Circuital. In an odd contrast to the peaceful, romantic ambience, people started to shout, “Hell Yeah!” A young woman sat just behind the gold barricade above the orchestra pit. She tucked her hands under her thighs and rocked back and forth. Later, she pulled her own blonde hair softly and watched in awe; her mouth open and her eyes wide. She was completely enamored. Her friend disappeared, but quickly returned to hand her the latest vinyl of her all-time favorite musician. 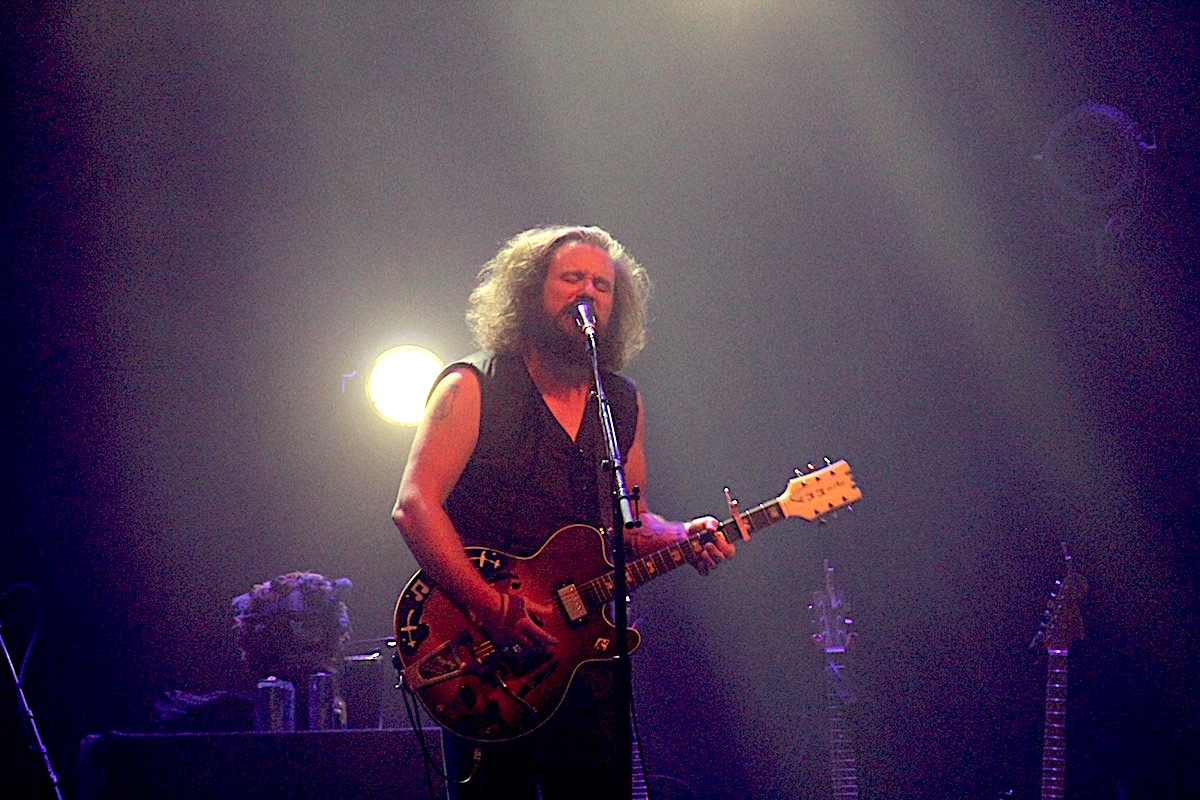 “Happy birthday,” she whispered. They hugged, choked back tears, and continued on — reveling in what looked like an out-of-body experience. The honesty in that moment was beautiful. 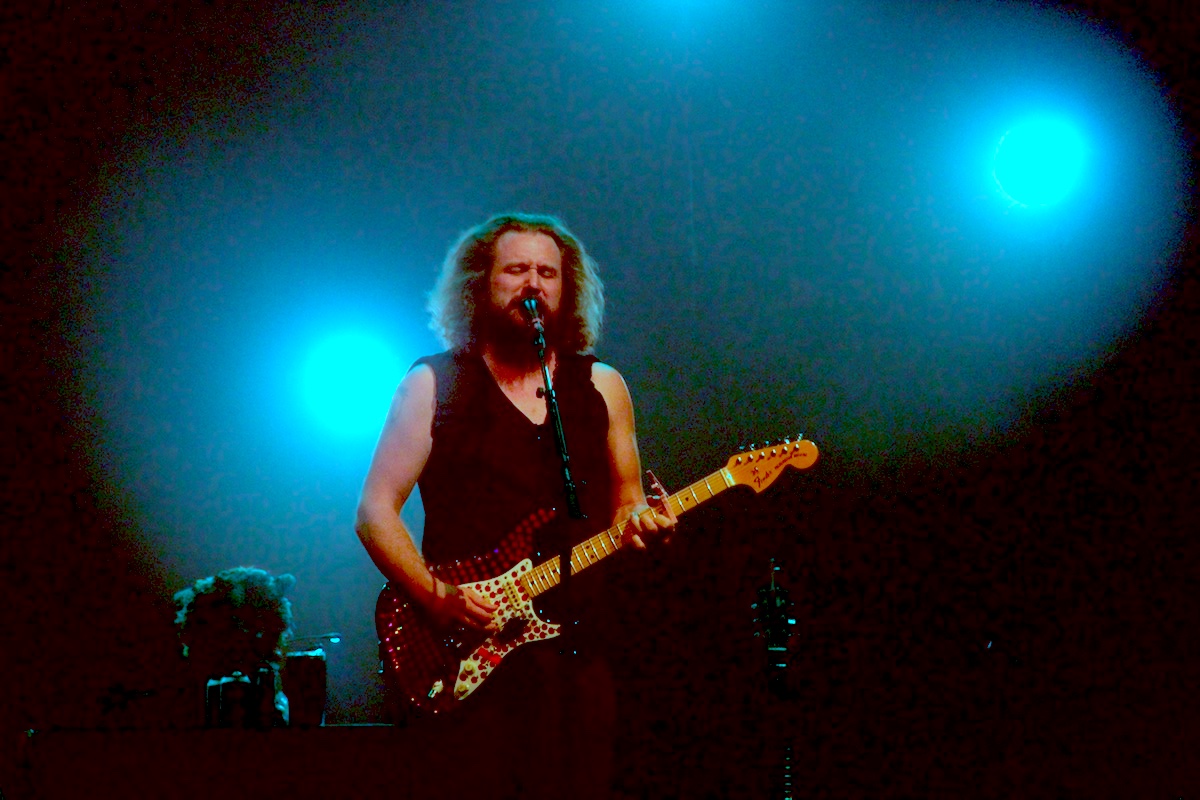 You’d imagine it was the type of reaction James was shooting for. People were mesmerized by his hypnotic harmonies. It must have been what it was like to watch Jerry Garcia play. Stripping everything down, James simply utilized his voice and guitar (with a little percussion here and there). The set was revealing and vulnerable to the core.

He soon started playing new stuff, like “You Get to Rome” and “Just a Fool.” He stopped to thank the crowd for their love and support and shared his empathetic thoughts about taking care of each other. He even halted to grab a gift from a fan — a juicy red apple he promised to eat later that night. 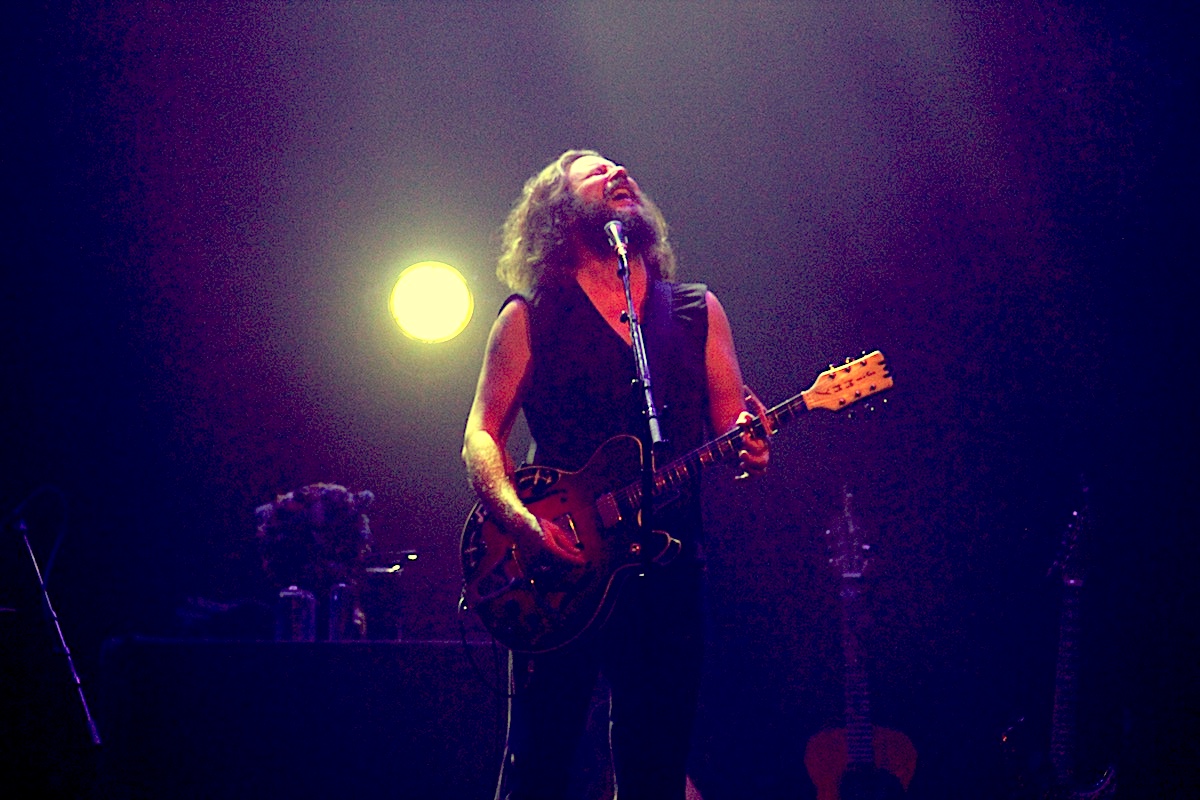 He played a good chunk of My Morning Jacket tracks, including “I Needed It Most,” “I’m Amazed,” and “Dondante.” But fans seem to really love his solo work. People rose to their feet for “State of the Art (A.E.I.O.U.),” off 2013’s Regions of Light and Sound of God. They shrieked with joy at the start of “The World’s Smiling Now,” off 2016’s politically-charged Eternally Even, on which he wrote, produced, and played all instruments himself (except for strings and some percussion). 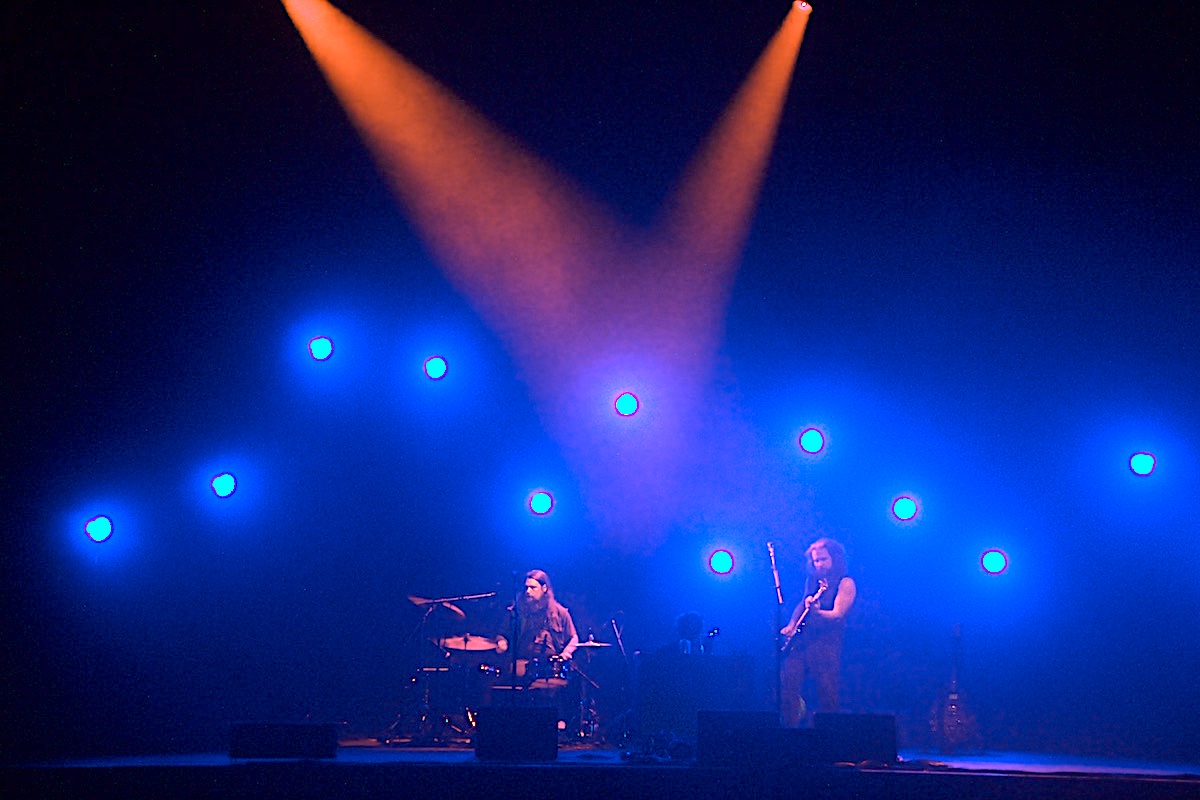 His third solo album, Uniform Distortion, was a hit from the get-go. The record’s cover art, “The Illuminated Man,” was photographed by Duane Michals. James discovered the photo in the 1971 publication The Last Whole Earth Catalog, which he stated was a primary inspiration for the record. Moved by the rich history behind some of his favorite art, James embarked on this intimate tour, stopping only at historic theatres and performing arts centers across the United States. 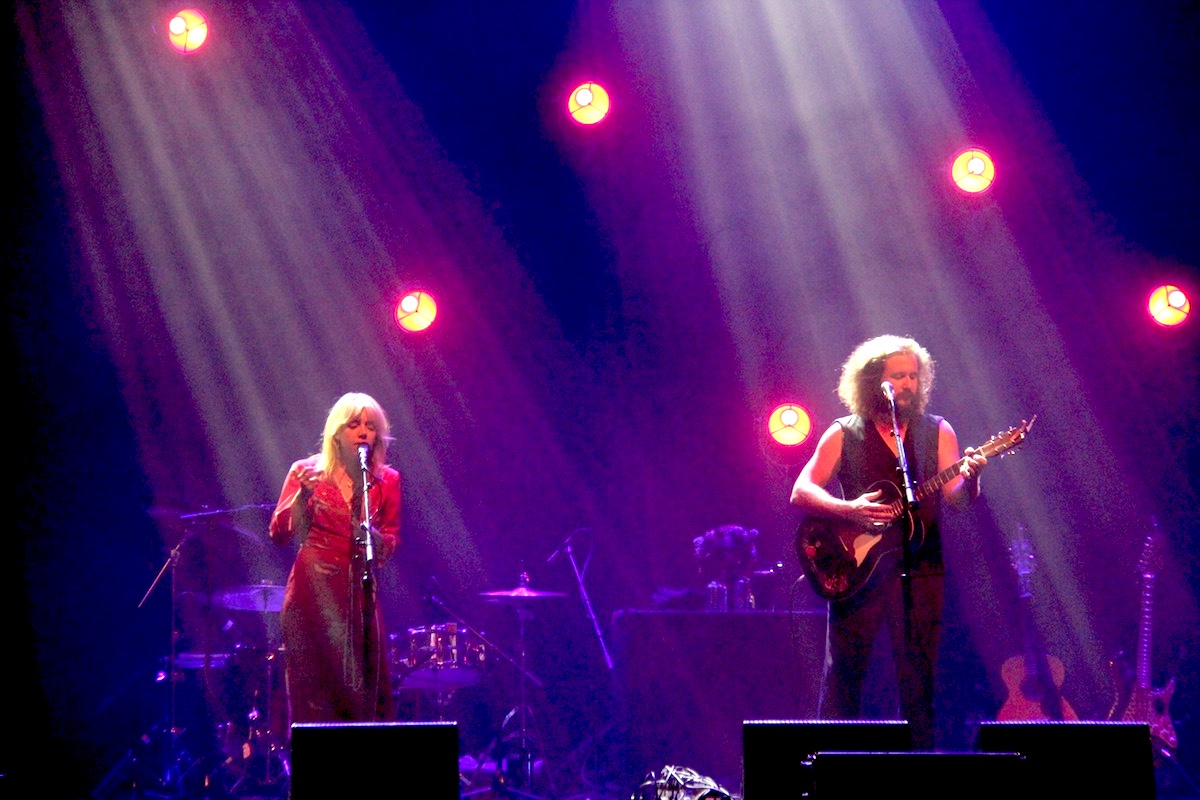 The Kentucky-bred singer/songwriter didn’t touch on all of his side projects (Monsters of Folk comes to mind), but he didn’t disappoint. He welcomed opener and Hurray for the Riff Raff frontwoman Alynda Segarra to join him for a duet of “Over and Over.” By the time he played a delicate rendition of “Here in Spirit” and walked off stage, the crowd begged for more. 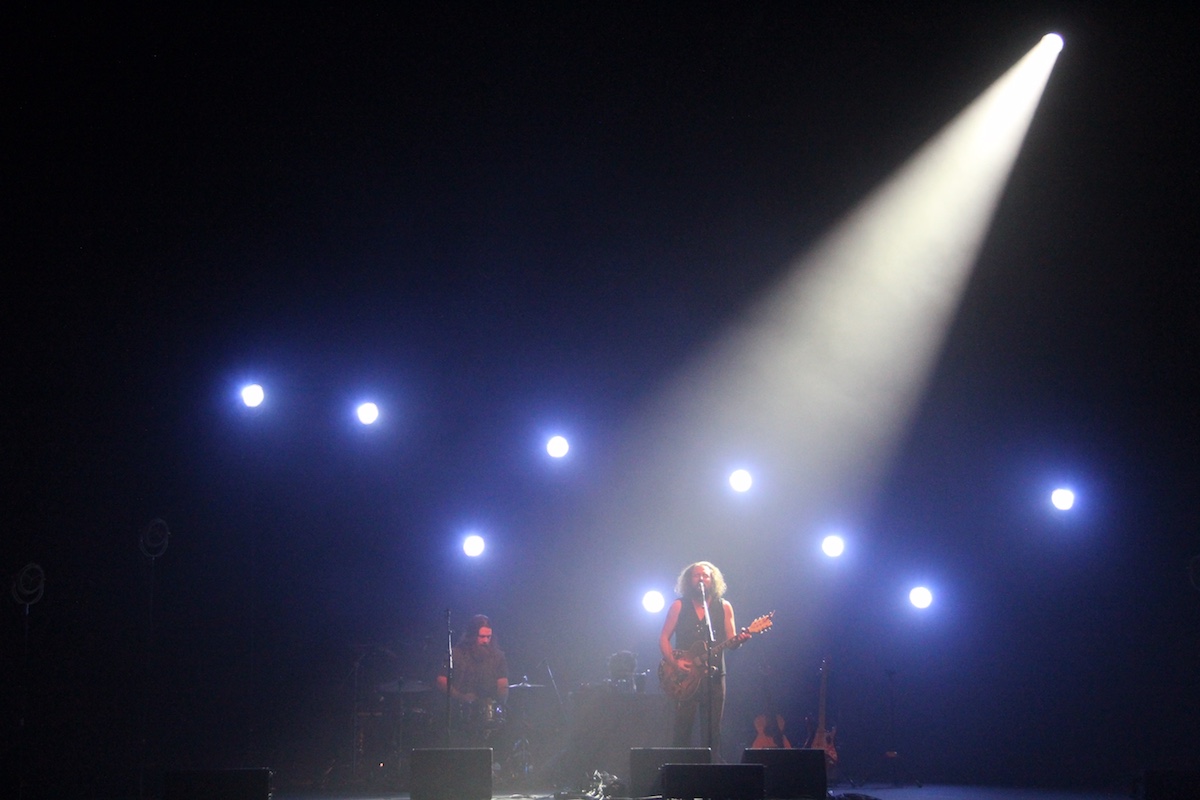 And more is what they got. Five songs more, in fact. He reenergized the crowd with new track, “Out of Time,” before playing My Morning Jacket tune, “I’m Amazed.” But it wasn’t until his funky cover of Timmy Thomas’ “Rainbow Power” that the crowd started to sing along and groove to their own beat. He closed his set with fan favorite “A New Life” before thanking the crowd and saying goodnight.

Indie-rock goddess Alynda Segarra opened up the evening. The backdrop lit her red floor-length dress. There she stood, strapped with an acoustic guitar, belting out Hurray for the Riff Raff hits, as well as a new number, “Saga.” She jumped to her keyboard, spoke to her Puerto Rican roots, love for music and art, and resisting the current establishment. While showcasing a more delicate, vulnerable side, Segarra still dominated the stage. She’s a powerhouse and a perfect opener for the likes of James.

Find out more about Jim James on his website.

Setlist: Nothing’s Gonna Change That Girl I The Navigator I Saga I Hungry Ghost I Living in the City I Pa’lante I Forever is Just a Day