The Jesus & Mary Chain’s Psychocandy, first released thirty years ago, was proven timeless at their Warfield show. Arriving full of influences like Phil Spector and 60s girl groups, the Velvet Underground, and Iggy Pop, the album sound would in turn influence scores of bands from Dinosaur Jr. to My Bloody Valentine with melodic vocals over a white noise wall of sound. 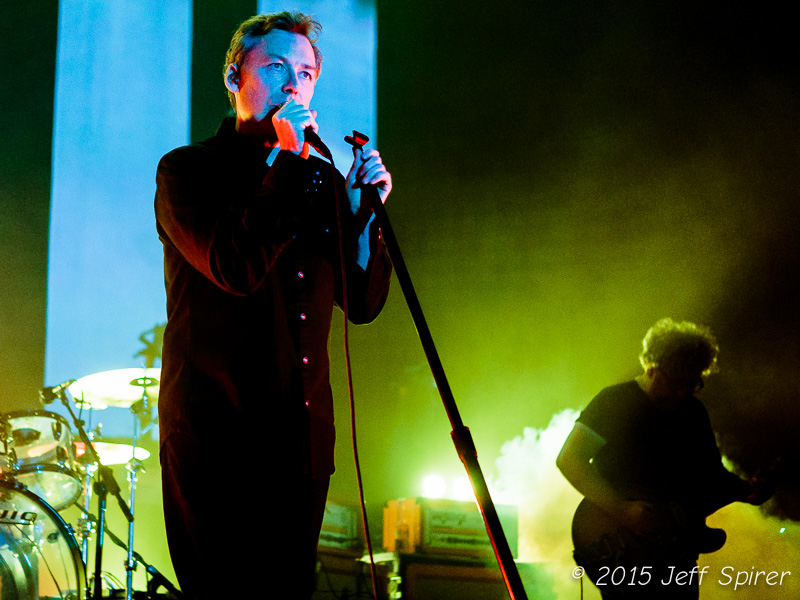 The band opened their show at the Warfield with seven newer songs, generally a bit more melodic and with cleaner sound than the Psychocandy set to follow. Singer Jim Reid and guitarist William Reid dominated the sound throughout, with William’s guitar alternating between a buzzsaw and a screechy sitar. The band built the noise level up behind the brothers, building a dense backdrop for the echo-y vocals. Reid hit the high point of the first set while screaming “I want to die” throughout the song “Reverence” with “I Want to Be Your Dog” seemed to rumble underneath. 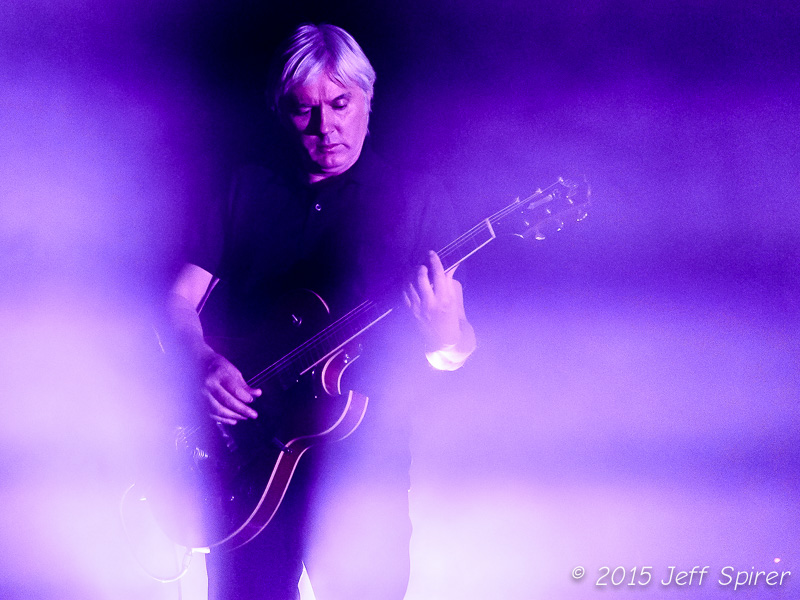 The band took a brief break before performing Psychocandy. returning to deliver the wall of noise inside a wall of smoke punctuated by a strobe lights behind the band. Often the smoke was so dense the band disappeared inside. Songs ran together, often with guitar noise and feedback between, maintaining a level of energy that kept the crowd moving and engaged. The thirty year old album sounded fresh, as fresh as it did thirty years ago, maybe even fresher. This was no nostalgia act despite playing the album straight through. 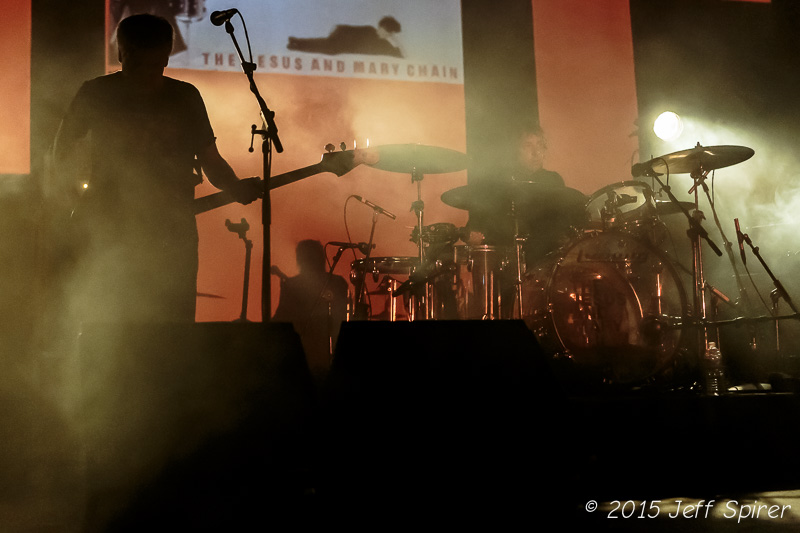 All that was missing from early Jesus & Mary Chain performances was the violence and infighting. The band didn’t interact with the audience much –most of the band stayed deep in the fog and sometimes silhouetted by the strobes – leaving a focus on just the music. Jim Reid rarely left the microphone and didn’t introduce the guest vocalist on “Just Like Honey,” just a quick introduction at the beginning to explain the set and an occasional “thank you” between songs. 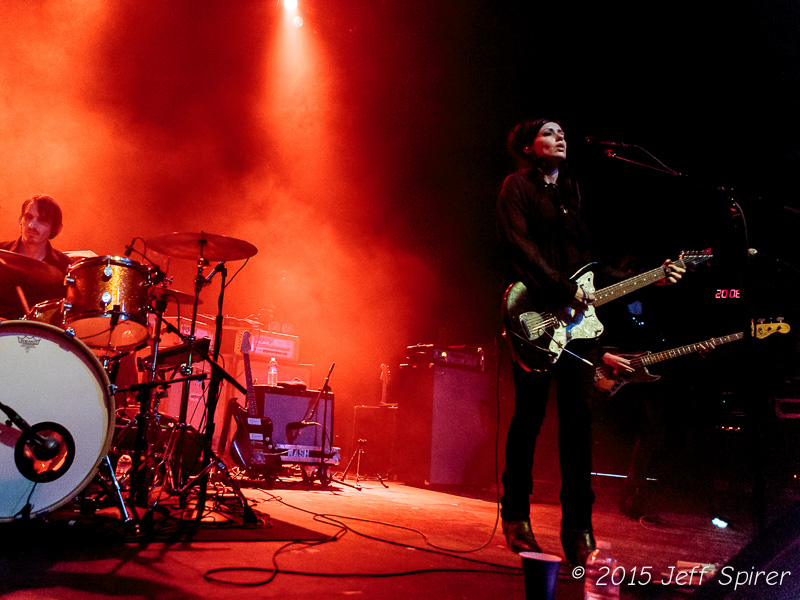 Opener The Black Ryder is essentially a two person team filled out with enough musicians to build a set that sits somewhere between Mazzy Star, the Cowboy Junkies and the Velvet Underground. Aimee Nash and Scott Von Ryper both played guitar and shared vocals in their hypnotic set.

Set List: April Skies | Head On | Some Candy Talking | Psychocandy | Up Too High | Reverence (Psychocandy:) Just Like Honey | The Living End | Taste the Floor | The Hardest Walk | Cut Dead | In a Hole | Taste of Cindy | Never Understand | Inside Me | Sowing Seeds | My Little Underground | You Trip Me Up | Something’s Wrong | It’s So Hard

For more info on The Jesus & Mary Chain, visit their website at http://thejesusandmarychain.uk.com/

Set List: Burn and Fade | Santaria | Seventh Moon | Grass | Let Me Be Your Light | Gone Without Feeling | Sweet Come Down | Let It Go

For more info on The Black Ryder, check out their web presence at http://www.theblackryder.com/