Fans were treated to a special event this past Wednesday night at the Masonic Center – a performance of the classic Jane’s Addiction album Ritual de lo Habitual. While the album may be 26 years old, it still feels fresh and innovative, especially played in a live setting where the band got to stretch out creatively. The show began with the stomping “Stop!,” a revved up funky jam that really seemed to get the sold out crowd going. It was hard to resist the urge to jump around as the song features so many upbeat and danceable parts. Sonically the band was firing on all cylinders from the onset, with Dave Navarro in particular delivering some astounding and mind-blowing guitar work. 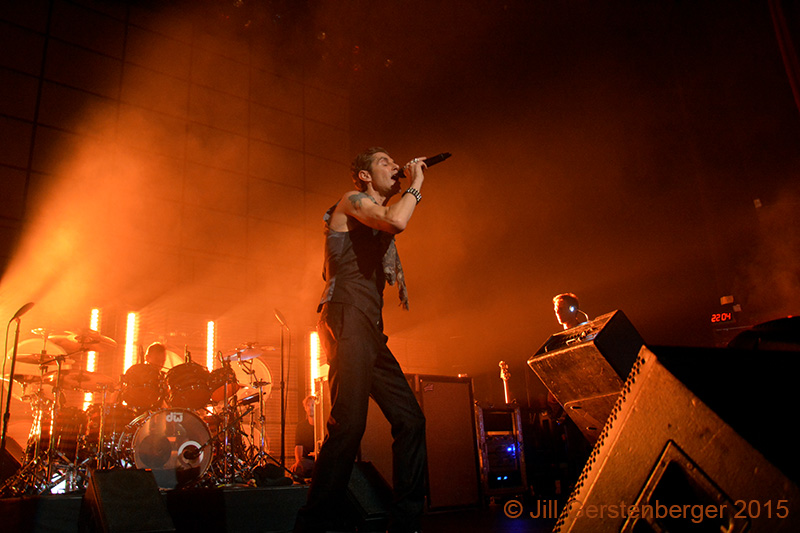 Next up was another high energy song, “No One’s Leaving,” which started off with a funky and popping slap bassline from Chris Chaney before the rest of the group entered. Frontman Perry Farrell sounded especially fantastic on this song: effortlessly shifting through the complex, rapid-fire vocal techniques he is known for. Following this, Jane’s Addiction drastically slowed down the tempo as they began to play “Ain’t No Right,” as Stephen Perkins played a subdued drum part over Farrell’s bizarre and disorienting vocal phrasing. Abruptly and without warning, the tempo immediately picked up, as Chris Chaney laid down a propulsive and hard edged bass line, queuing up the rest of the band to launch into the first verse. It was one of the first truly breathtaking moments of the night, showcasing the raw power of Jane’s Addiction and their unique sound. Few bands are as capable of delivering such a visceral and in your face type of performance. 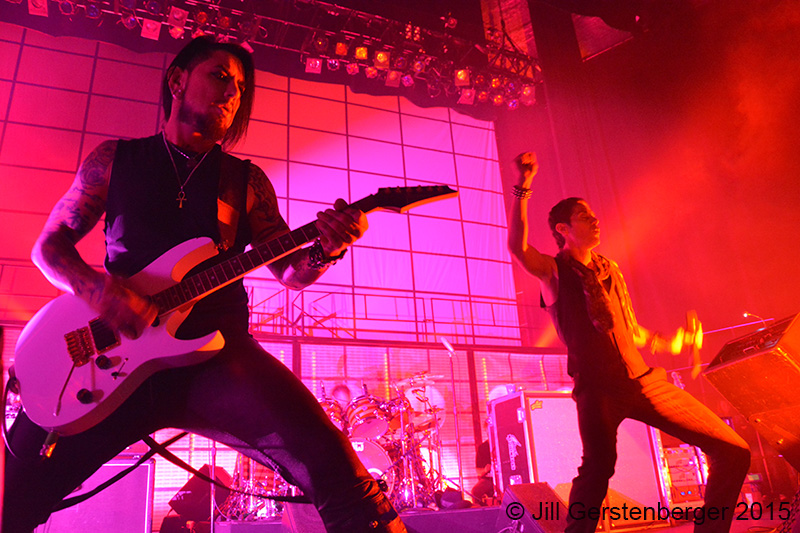 After ripping through the laid back psychedelia of “Obvious,” Farrell stopped for a moment to talk about his love of San Francisco before signaling the rest of the band to start into “Been Caught Stealing.” The song is one of the most well known off the album and got a great audience reaction, with many people singing along the entire time. Musically the track revolves around a funky guitar figure along with a funky drum/bass rhythm, before driving into a relatively brief (yet technically demanding) Dave Navarro guitar solo. 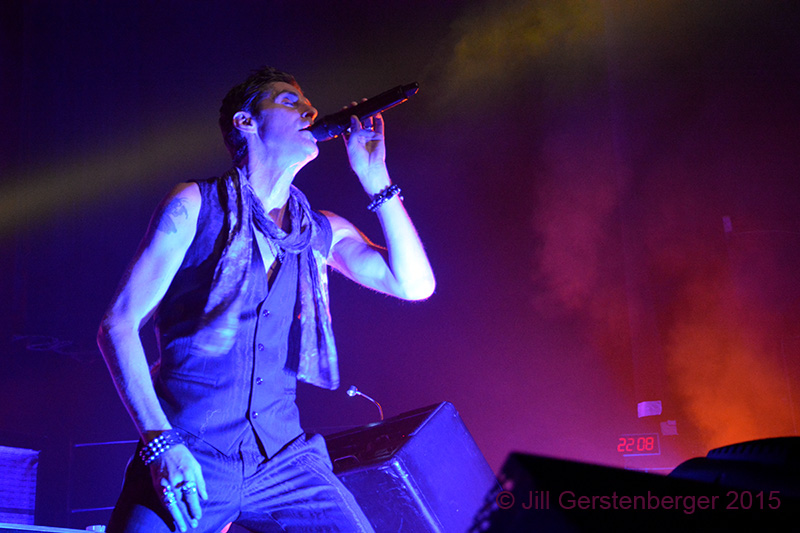 Next up was the centerpiece of the album, and one of the most incredible performances of the night: the sprawling epic “3 Days.” Beginning with the snappy bass line, the song slowly builds into dreamy psychedelia, full of serene guitar passages to support Farrell’s brooding wail. Over the course of the next ten+ minutes the song continues to climb, layering sound on top of sound, seeming to climax with a colossal guitar solo where Navarro pulled out all manner of impressive techniques before fading out into a syncopated drum breakdown. The drum break then lead into a thundering metal breakdown before once again descending into another spirited guitar solo which somehow exceeded the previous one. While long solos can tend to drone on and cause the listener to lose interest, Navarro’s playing was so unique and went in so many different directions there was no way such a thing was going to happen, as he added just the right amount of push to keep things interesting until the song ended a few moments after his final solo. 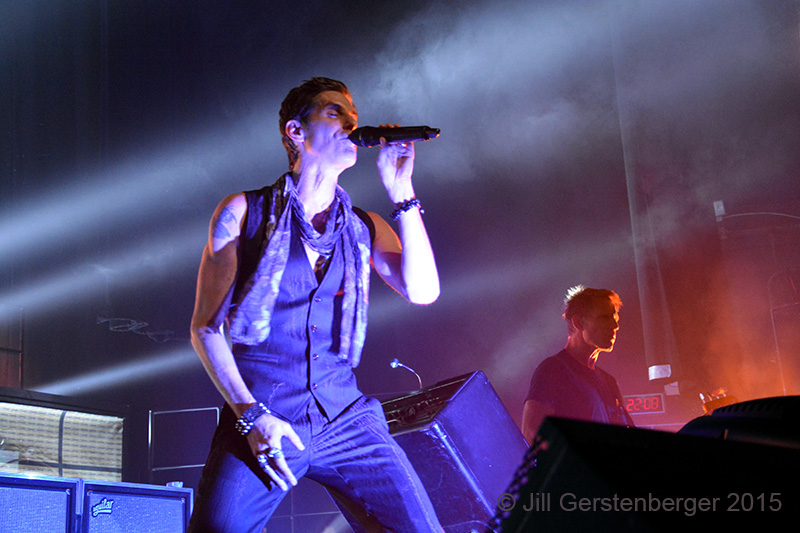 Following this was another long set piece, the distinctly downbeat “Then She Did,”… which maintained a calm tempo as the band played in a decidedly jazzy style, offering the perfect counterpoint to the previous couple of songs. After playing through the Middle Eastern sounding “Of Course” and the peaceful power ballad “Classic Girl;” the band had completed the entire album, and they then proceeded to play a few more classic tracks to finish off the night. 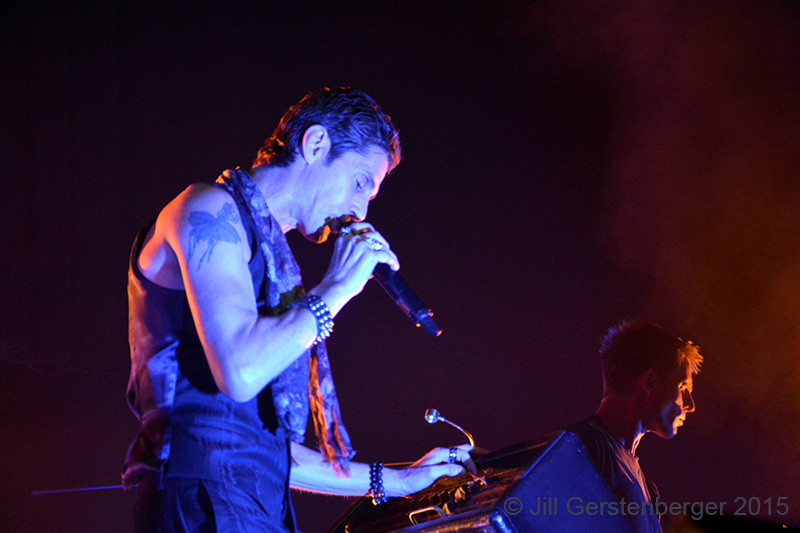 They began with one of their most iconic and well known songs, “Mountain Song,” which begins with a thumping bass line and then goes into all out metal mode. This got the most raucous reaction out of the crowd for the whole night, particularly during the song’s classic refrain before the first verse began. A few songs later Jane’s Addiction closed out the momentous night with a rendition of “Jane Says,” another legendary track from the Nothing’s Shocking album. The piece features the interesting use of a steel drum along with some simple yet effective acoustic guitar strumming and it served as the perfect send off to a fantastical performance. 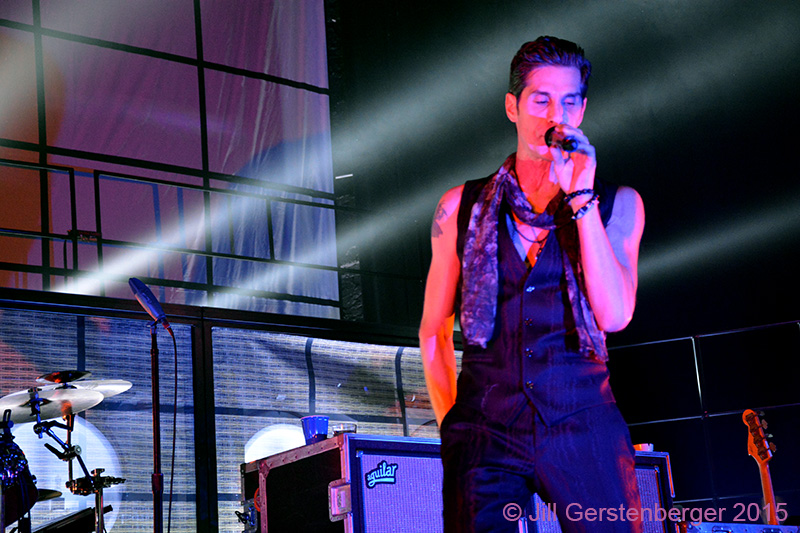 The band was on point throughout the night and really delivered a special kind of concert that demonstrated why they continue to be one of the most beloved and endearing rock bands out there today.

For more information about Jane’s Addiction, see their website.