AT&T Park was host to a magical evening of music by the legendary singer-songwriter James Taylor and His All-Star Band on a recent Saturday night. Taylor, whose impressive career has lasted over four decades, was given his first break when he signed to The Beatles’ label Apple Records back in 1968. In 1970, he released his breakthrough album Sweet Baby James that included the hits “Fire and Rain” and “Sweet Baby James” and went triple platinum. The next year he released the album Mud Slide Slim and the Blue Horizon which also became a platinum seller and included the hit “You’ve Got A Friend,” written by his longtime friend Carole King. The song hit #1 on the Billboard charts and won him his first Grammy for Best Pop Male Vocal. 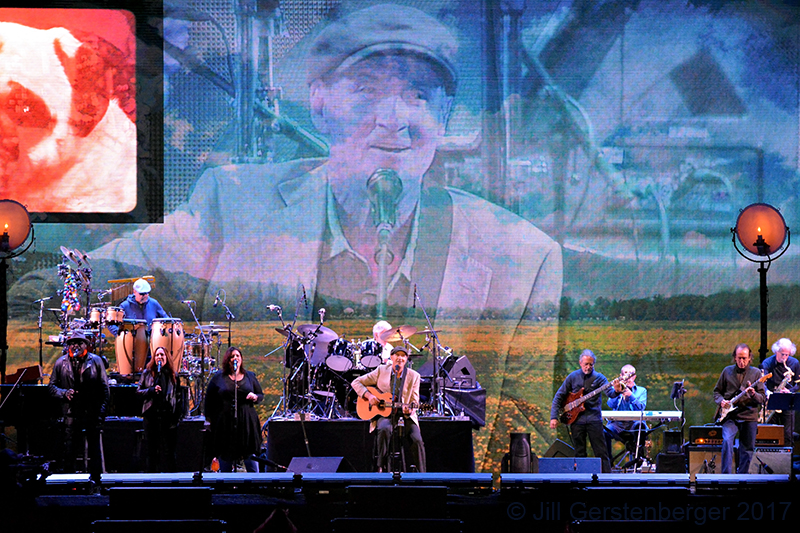 Over the years, Taylor has recorded seventeen studio albums that have sold over 100 million records, making him one of the best-selling music artists of all time. He has won numerous awards including six Grammys, was inducted in to the Rock and Roll Hall of Fame in 2000, and even received the Presidential Medal of Freedom in 2015. The thing that really stands out about Taylor though is his brilliant songwriting which has the ability to connect to people in such a way that it has a profound influence on their lives. 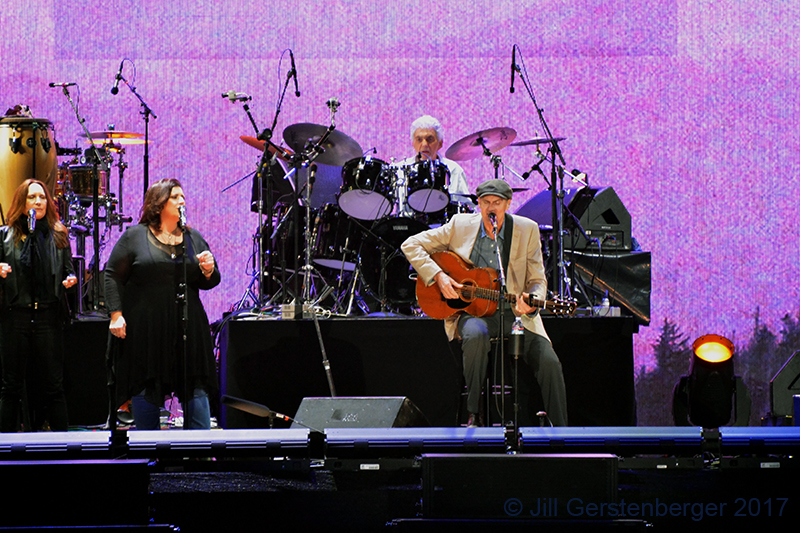 On this chilly evening in San Francisco, Taylor managed to make a stadium full of fans feel like they were sitting in someone’s living room singing along to some tunes. Unlike a lot of big touring acts, Taylor has a pretty scaled down set where he just comes out with his guitar, sits on a stool wearing his newsboy cap and cargo pants, and lets the music speak for itself. His backing band is filled with experienced musicians and vocalists who really make the music shine. He started the set with “Carolina in My Mind” while the stadium goers all rushed back to their seats with hotdogs and beers and settled in for the evening. He went on to “Country Road,” with his distinctive guitar technique and vocals on point. Taylor sounded as good as his recordings. The upbeat “Sunny Skies” had Taylor and the band playing while a pastoral scene was projected on the back screen that made it look like they were inside a Monet painting. It was a unique way to present that captured the crowd’s attention. 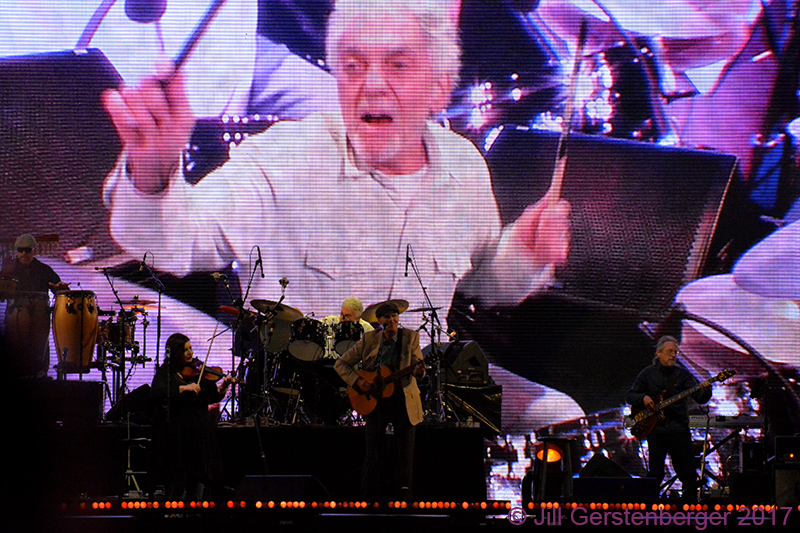 Taylor only played one song off of his well-received recent album Before This World, “Angels of Fenway,” a song about being a Red Sox fan that has some angelic background vocals on it that his background singers performed perfectly. He then played an extended version of the bluesy “Steamroller” that included exquisite guitar, sax, and Hammond B-3 solos from his talented band. This got the crowd really pumped before going in to the classic songs part of his set. The band played an outstanding version of “Sweet Baby James” with Andrea Zonn playing fiddle while the crowd held cell phone “lighters” in the air. This resulted in the first standing ovation of the night while Taylor, to which he tipped his hat in appreciation. The band went on to play “Fire and Rain,” which had the crowd singing along in unison, and a second standing ovation came to play. At this time, Arnold McCuller joined the band onstage to sing back up and harmonies on “Shed a Light” and “Shower the People,” on which he performed an incredible solo. They finished the set with rousing versions of “Your Smiling Face” and “How Sweet It Is” that made the crowd go wild. 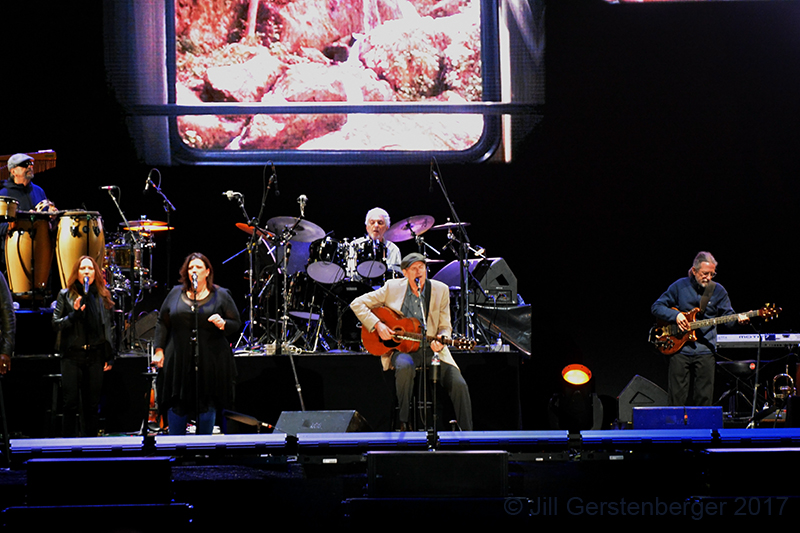 Taylor and band returned for an encore with opener Bonnie Raitt joining onstage to cover the classic Chuck Berry song “Johnny B. Goode” along with Taylor’s hit “You’ve Got a Friend.” Fans who filed out early to beat the traffic missed out on a wonderful version of “You Can Close Your Eyes” sung by Taylor and Raitt, whose voices really complemented each other. All in all, it was an extraordinary evening filled with wonderful music played by talented musicians. The band and the fans all seemed to be enjoying themselves tremendously and the warm glow from the show carried on well in to the evening. One can see how Taylor has maintained such a successful career over the years. He is a true professional with a passion for his craft.

Setlist: Carolina in My Mind | Country Road | Sunny Skies | Never Die Young| First of May| Angels of Fenway | Mexico | Steamroller | Don’t Let Me Be Lonely Tonight | Jump Up Behind Me | Something in the Way She Moves | Sweet Baby James | Fire and Rain | Shed a Little Light | Shower the People | Your Smiling Face | How Sweet It Is (To Be Loved by You) Marvin Gaye cover) || Johnny B. Goode (Chuck Berry cover) (with Bonnie Raitt) | You’ve Got a Friend (Carole King cover) |You Can Close Your Eyes (with Bonnie Raitt)

For more information about James Taylor, check out his website.