Jack White Bill Graham Civic Auditorium August 15, 2018 Photos by David James Swanson. Touring in support of his Boarding House Reach album, Jack White started to mess with the audience even before he hit a note. 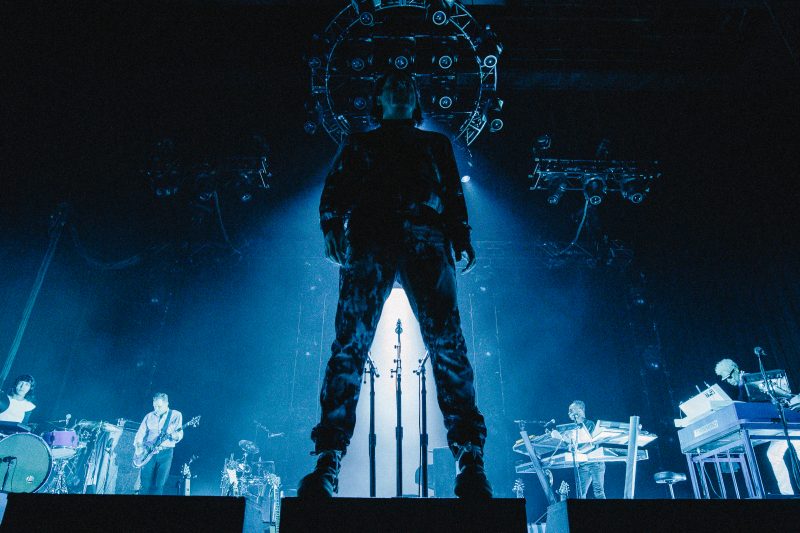 First off, there were no phones allowed inside the concert hall for the show. Phones were ‘checked’ upon entrance, and were only allowed to be used in designated areas outside of the hall. As such, this provided a throwback concert vibe inside. With no devices to incessantly check, people were actually talking to each other. 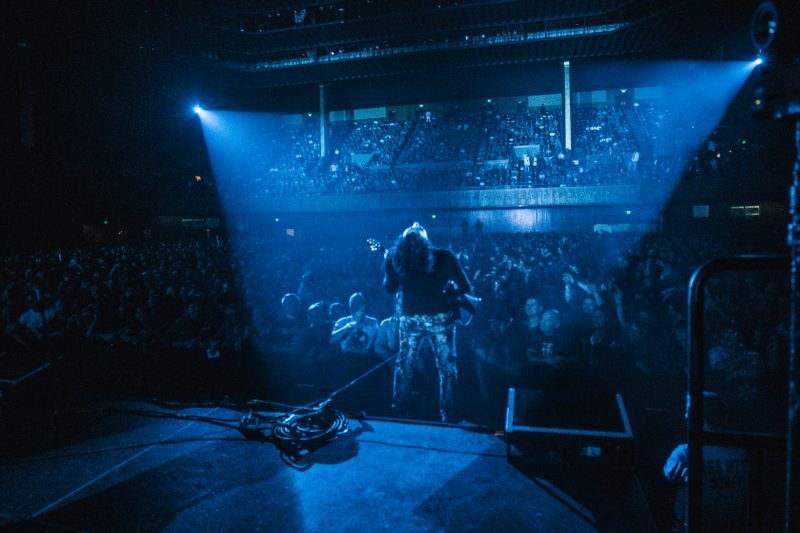 Spread on top of the technological nakedness was a level of anxiety painted into the scene by a paneled video screen that stretched across the back of the multi-level stage. On the screen, the crowd could see a studio setting, with a clock that was counting down to the start of the show. At one point the crowd started to get loud just as the clock moved inside of a minute, only to see Jack White swoop in on the video and adjust the clock by adding time. 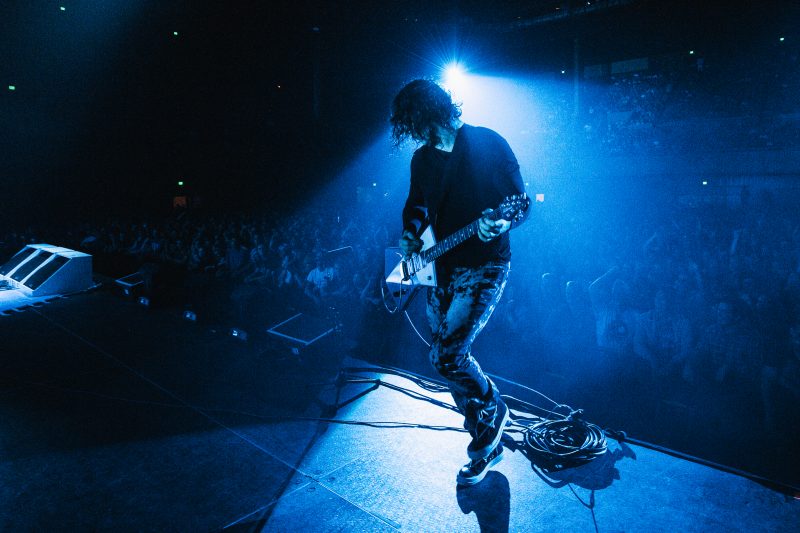 When the experiment was finally completed and the clock displayed zeroes, White and his four-piece backing band (Carla Azar – drums, Dominic Davis – bass, Neal Evans – keys/percussion, and Quincy McCrary – keys/samples) strutted onstage to begin their charge through a 100-minute set on this first of two nights at Bill Graham Civic Auditorium. 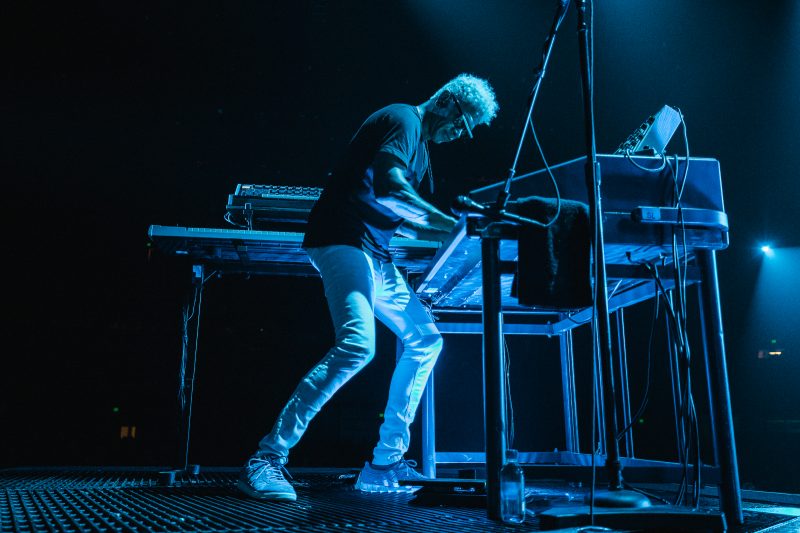 “Who’s with me??!!” was the battle cry as White, the consummate band leader, counted his band into ‘Over and Over and Over’ (the first single off of the latest release). The strangely Rage Against the Machine-like rocker was held down splendidly by the band, with a special call out to the amazing Carla Azar who is one of the hardest hitting drummers on the scene these days. 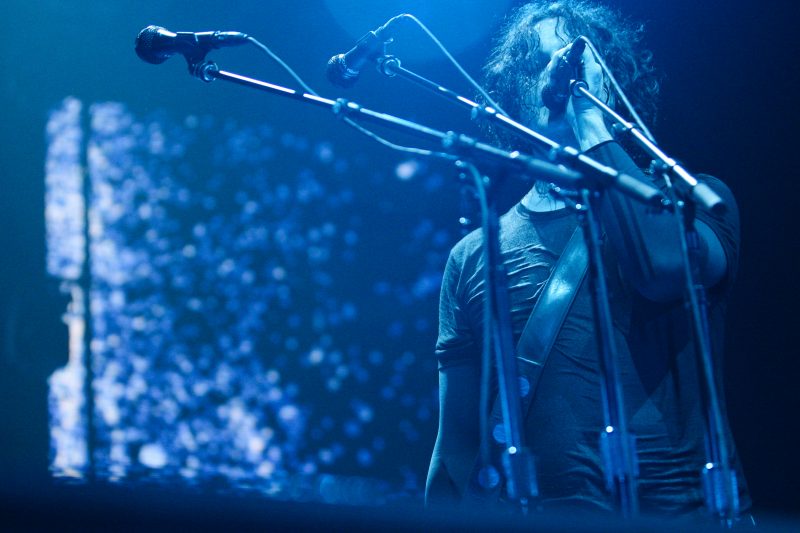 Again White posed the question “Who’s with me??!!” The question didn’t need to be answered but his disciples of rock let him know they were all in each time he asked.  With that, the stage rumbled with the funky strangeness of ‘Corporation’ (Boarding House Reach). 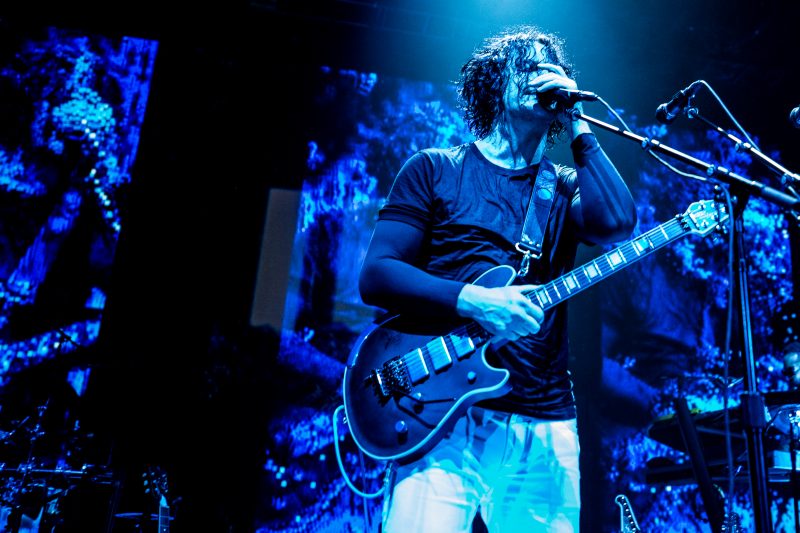 White, one of if not the most charismatic guitarist/frontman in rock today (though there aren’t many), owned the stage from the moment he set foot on it.  A bouncing ball of energy, he easily got in his ten thousand steps as he constantly moved across the stage, sometimes leaping up on the risers to rock out with his band mates. 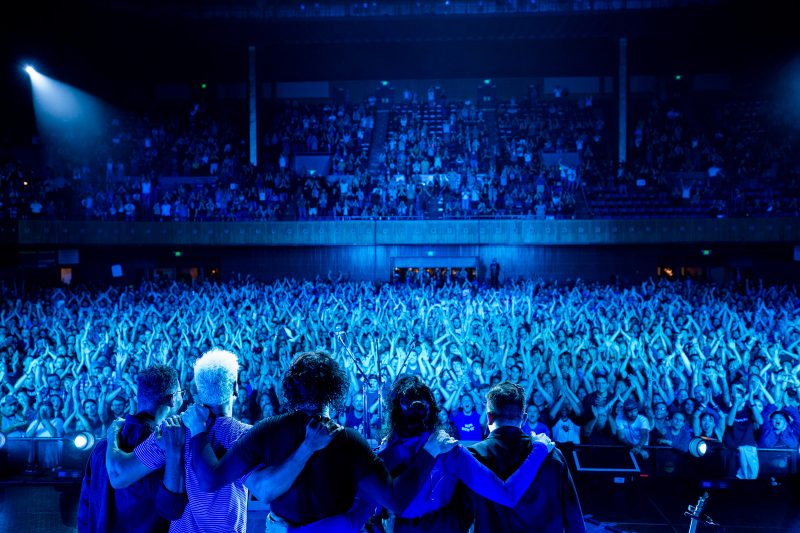 Though it is the Boarding House Reach tour, the show spanned the whole Jack White collection and then some. He turned it back to old White Stripes with ‘Dead Leaves and the Dirty Ground’ (White Blood Cells – 2001). He bounced through the space–funk of ‘Lazaretto’ (with some tasty guitar), sliced up ‘I Cut Like a Buffalo’ (The Dead Weather), and left the crowd breathless with ‘Steady As She Goes’ (The Raconteurs). 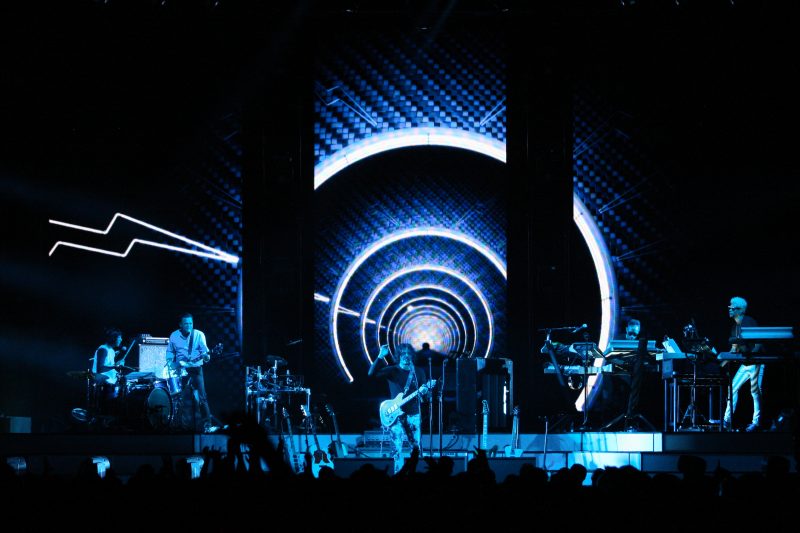 But it was the encore closer, the ubiquitous White Stripes stadium rocker ‘Seven Nation Army’ (Elephant – 2003) that generated the most heat and sent the crowd home satisfied. If anyone thinks rock is dead they didn’t tell Jack White as he tossed out one last “Who’s with me??!!.”