Seven talented Japanese musicians and one beautifully trained vocalist graced the Fillmore stage Saturday night with aggressive rock, yet still traditional, fervor. San Francisco was the final stop on their three show coastal California shake-up, aptly named the Deep Impact Tour. Wagakki (which means traditional Japanese musical instruments) fuses modern rock with classical performing arts and versions of historical vocaloid (synthesized) songs, deeply rooted within Japanese culture. Described as a “New Sensation Rock Entertainment Band” combining Shigin, Wagakki and Rock Band, Wagakki’s performance and instrumental fortitude did not disappoint. Combine that with incredible costumes, an engaging stage show complete with dance, and you have an all around entertaining and exciting event. Especially perfect given that the Anime Fair was taking place across the street in San Francisco’s Japantown. 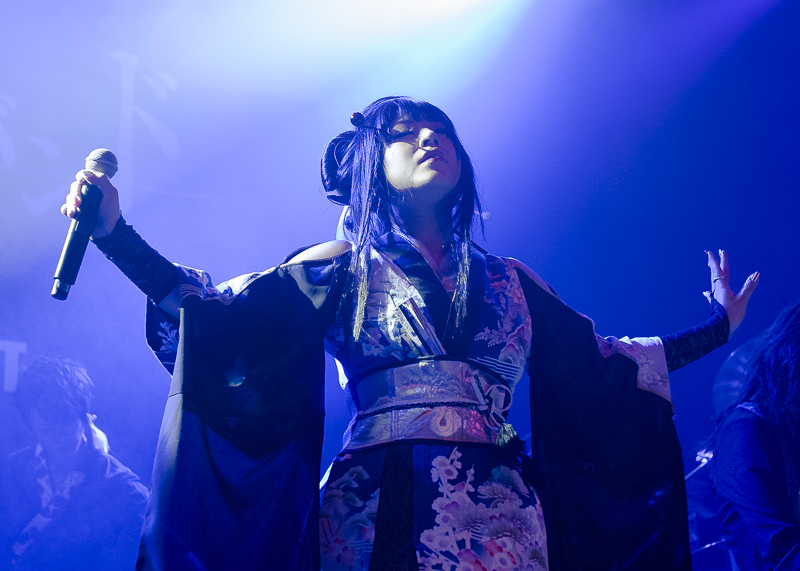 Every musician on the stage that Saturday night brought a unique presence. Of special note was a riffy cover by guitarist, Machiya, who ripped out a perfect rendition of Randy Rhodes’ Crazy Train for his introductory solo, and added an extremely skilled hard rock/ metal element to their set. Vocalist Yūko Suzuhana stopped to explain a little about their incorporated Japanese song-art, Shingin, which is a performance that recites traditional Japanese poetry in song. These vocals blended with two percussionists – a traditional drummer as well as a Wadaiko performer – a strung koto (reminiscent of a large harpsichord), shakuhachi (Japanese flute), and tsugaru jamisen (a three-string folk guitar), as well as more contemporary guitar and bass, make up the unique sound this band brings to the stage. With a darkened stage, both percussionists parlayed a five minute solo with glow sticks, engaging an audience who waved glow sticks in response. 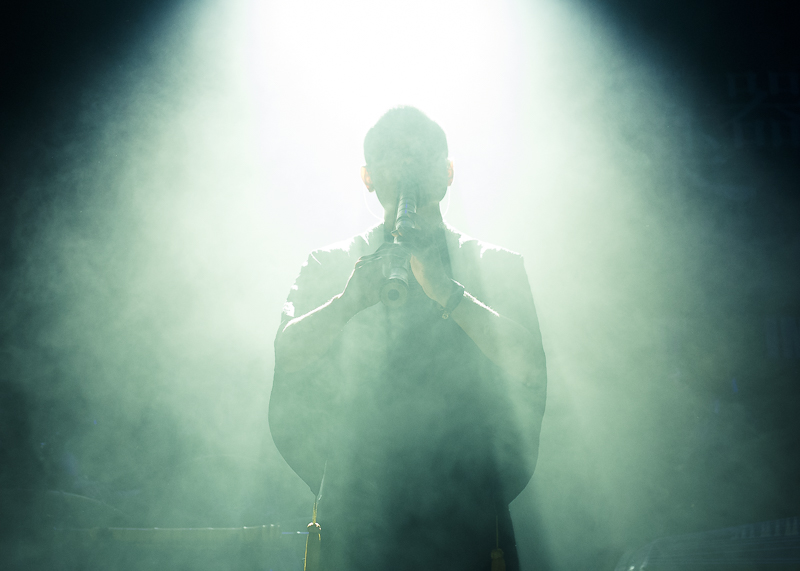 According to their press kit; Wagakki debuted in April 2014 with first Album “Vocalo Zanmai” which got first Top 5 in Oricon weekly ranking. For 22 consecutive weeks, this album was continuously ranked among the top 100. Second Album “Yasou Emaki” made first place in Oricon weekly ranking and The 57th Japan Record Award “Planning Prize” which released September 2015. Mega hit tune “Senbon Zakura” posted on YouTube was viewed more than 30,000,000.

Here’s a slideshow with more photos of Wagakki by Pollen Heath: