Musician and engineer extraordinaire Tom Scholz brought the level of visual and audio live music technique up a notch with his band Boston at the Shoreline this past week, along with the undisputed Queen of straight up rock n roll, Joan Jett, and her Blackhearts. 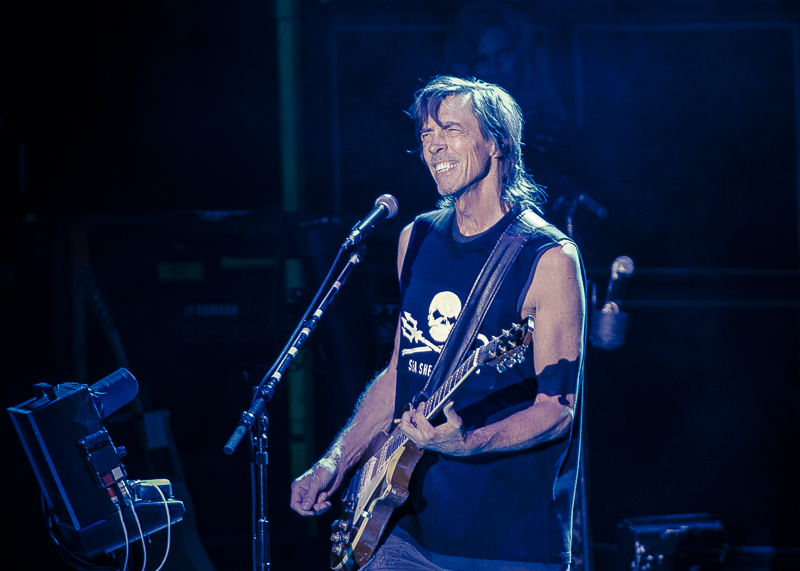 This evening’s headlining blastoff was initiated with the eponymous song “Rock n Roll Band,” circa 1976, off Boston’s first self titled album. An album that has been solidified in Rock ‘n’ Roll history; breaking record sales and hailed as one of the best selling debut albums of all time. An album written almost exclusively in Tom Scholz’s basement, and meant as a harkening to classical music. An album that successfully established a Scholz signature violin-style guitar playing, and is now used widely in rock songs around the world and across many genres. 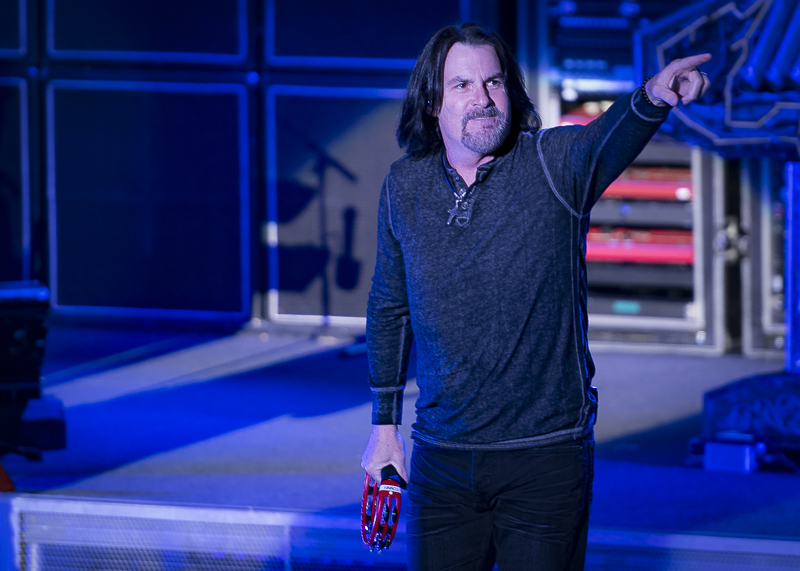 The remainder of Boston’s set list at Shoreline was a star trail of a-list popular rock n roll tunes based out of a town in Massachusetts, set on a stage of intricately designed lighting, props and guitar pedals. Tom Scholz and crew pulled their avid audience alongside for a musical spaceship ride via harmonic control panels and screaming laser beams.

No collection of rock n roll vinyl is ever complete without a copy of I Love Rock n Roll, at least mine isn’t. Joan Jett herself is an inspiration to many generations of female rockers, and remains a kick ass live performer.

Taking the stage first with her classic, hard hitting, punk rock-vibe rock n roll, Joan Jett and the Blackhearts got the audience rockin with her live favorite A Victim of Circumstance (I Love Rock n Roll, 1981), and rolled right into the Runaways favorite, Cherry Bomb. Fans young and old swung their hips and licked their lips to an electric boogie of originals, and jett-ified, in your face tribute tunes. Some of them only a few years out of diapers, and rockin out with their parents in Joan Jett gear.

Mid-set Joan and her Blackhearts played homage to Mary Tyler Moore with the song Joan wrote for the show, Love is All Around, and closed the set out with the #1 charting hit in 1968, Everyday People by Sly & Family Stone. Jett’s six string rhythm bite carrying us through each song with incredible power. 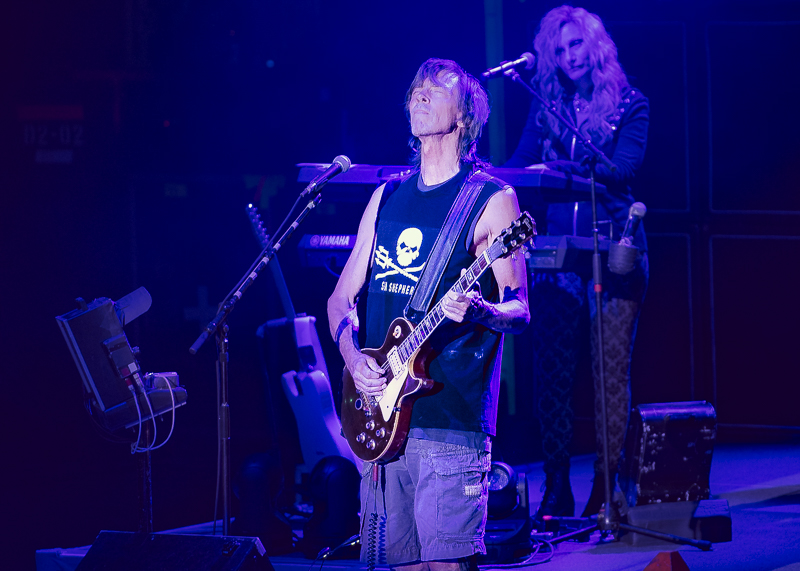 On this, the first night of their two month Hyperspace Tour, Boston and the Blackhearts transported us to their time and place, which is rooted deep inside the hearts of rock ‘n’ roll.

Here’s a slideshow with more photos of Boston and Joan Jett & The Blackhearts taken by Pollen Heath:

For more information about Boston, check out their website.   https://bandboston.com/

Joan Jett and the Blackhearts:

Find out more about Joan Jett and the Blackhearts here.   http://joanjett.com/