Many a class has been cut in the name of hard rock, drinking, and smoking, but The Independent in the Haight served as a nexus for all of the above for everyone in attendance this past Sunday night, as the house was packed to witness the post-punk theory of Helmet. 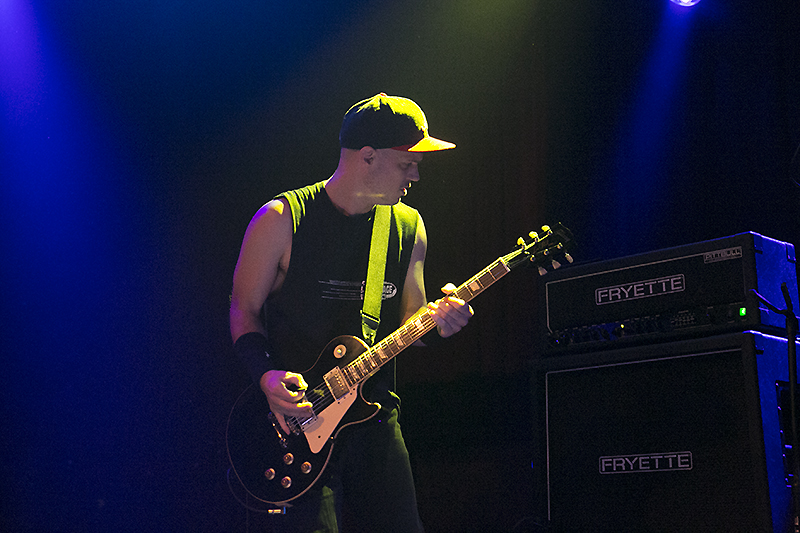 Led by guitarist/vocalist Paige Hamilton (who founded the band in New York in 1989), Helmet was at the spearhead of the alternative metal movement that eventually exploded into the grunge sound that reigned supreme in the early 90’s. Using The Independent as its classroom, Hamilton and his fellow professors (Dan Beeman – guitar, Dave Case – Bass, Kyle Stevenson drums) conducted in-depth lessons in higher level math rock.

The instructional agenda for the evening was filled with Helmet staples that would demonstrate the pummeling, odd-time, staccato rock for which they are famous. Just like any good instructors, Hamilton and his mates, preparing for an upcoming European tour that will take them through the first months of the New Year, started with the basics. 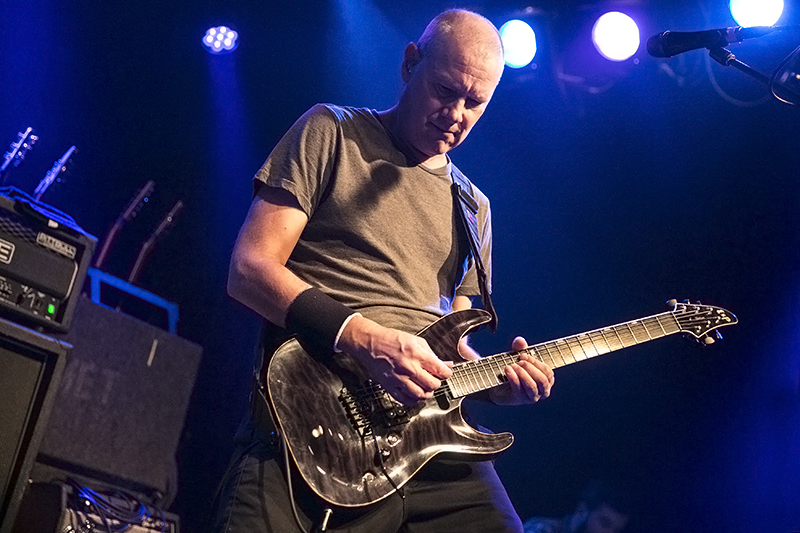 Opening with ‘Swallowing Everything’ (Monochrome – 2006) the night was off and running as Helmet burst from the gates with Hamilton shouting ‘Hanging out with all these dicks…’ over a locomotive groove that ricocheted around The Independent like an out of control pinball picking up speed every time it hit something.

Next up was the abrasive pulse of ‘Wilma’s Rainbow’ (Betty – 1994), which charged the crowd into an inspired pit chock full of spilled beer and flailing limbs. Not bad for the predominantly 40-something crowd that had work to face the next morning. 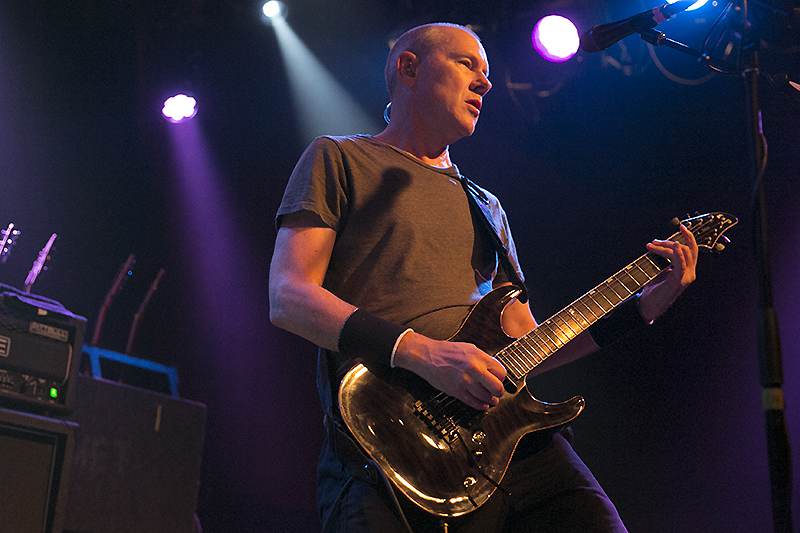 Without pause, Helmet quickly made the quantum leap to what their fans have been awaiting for years…new material. Blasting out ‘Life or Death,’ the lead track and first single from Dead to the World (their first album in six years), the quartet went into uncharted territory. ‘Life or Death’ has a bit of a Foo Fighters punch to it but is still quintessential Helmet.

Though time has passed, the Helmet formula stays the same. Dissonant, churning guitars swerving in syncopation within a rock solid beat, and Hamilton’s earnest vocals driving home lyrics that are often political in their overtone. Then out of the background like a sinister shadow appears Hamilton’s squealing car crash of jazz-oriented guitar notes, slightly out of control but perfectly contained in the rigid structure of their music. 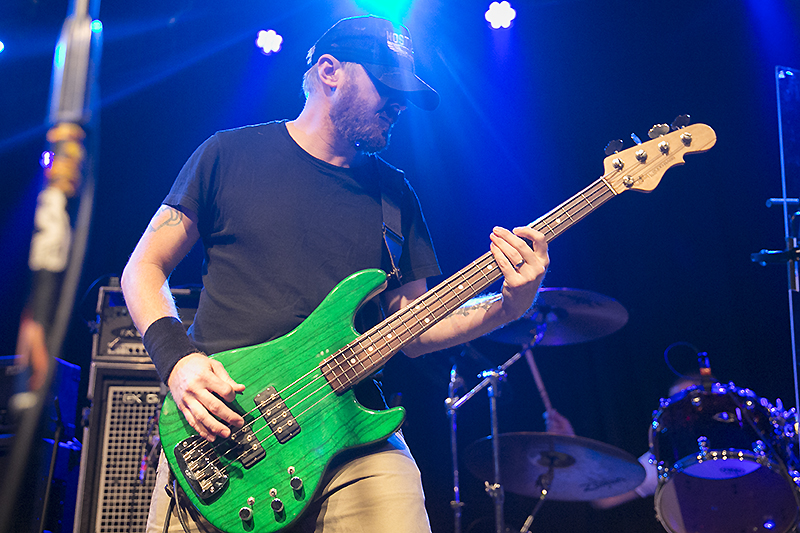 As the set pushed on, Helmet showed that they are still head of the class, cranking their own unique brand of straightforward smash mouth hard rock on their terms. The set list concentrated more on the new Dead to the World material that they are about to showcase on their European tour (‘Drunk in the Afternoon’ is a standout that had the crowd drinking and staggering) but Helmet did also appease their fans with blasts from the past.
Though they did not acquiesce to the constant requests of fans to play ‘Meantime’ (the title track off of their most successful album from 1992), Helmet did end the set with the brilliant ‘Unsung’ off the same album as their final encore. The entire Independent shouted the rally cry “Die young is far too boring these days” with Paige, almost like their own pledge of allegiance. 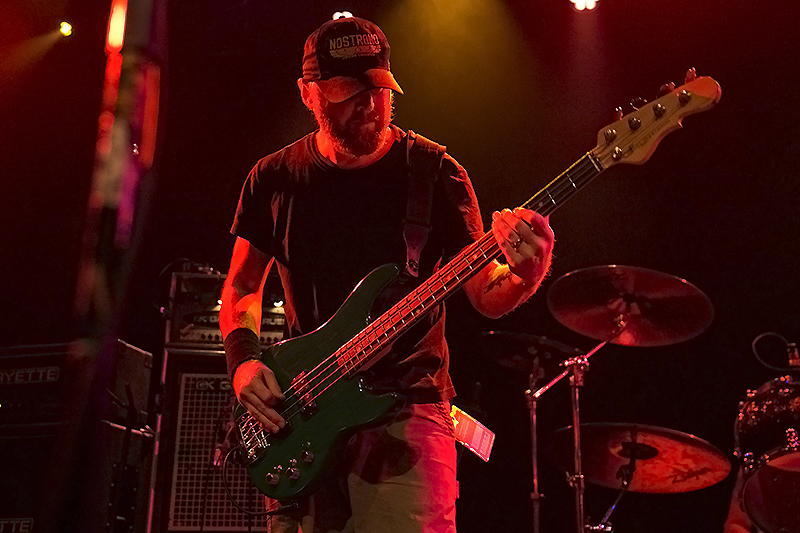 Helmet is and always will be more the brilliant nerdy misfits in the class than the cool unkempt rockers. They fashion their rock with short hair, baseball hats, and t-shirts as opposed to the longhaired, denim and leather image that is often associated with the grinding metal that they play. It is that unpretentious image that welcomes fans of all ages, genders, and orientations. 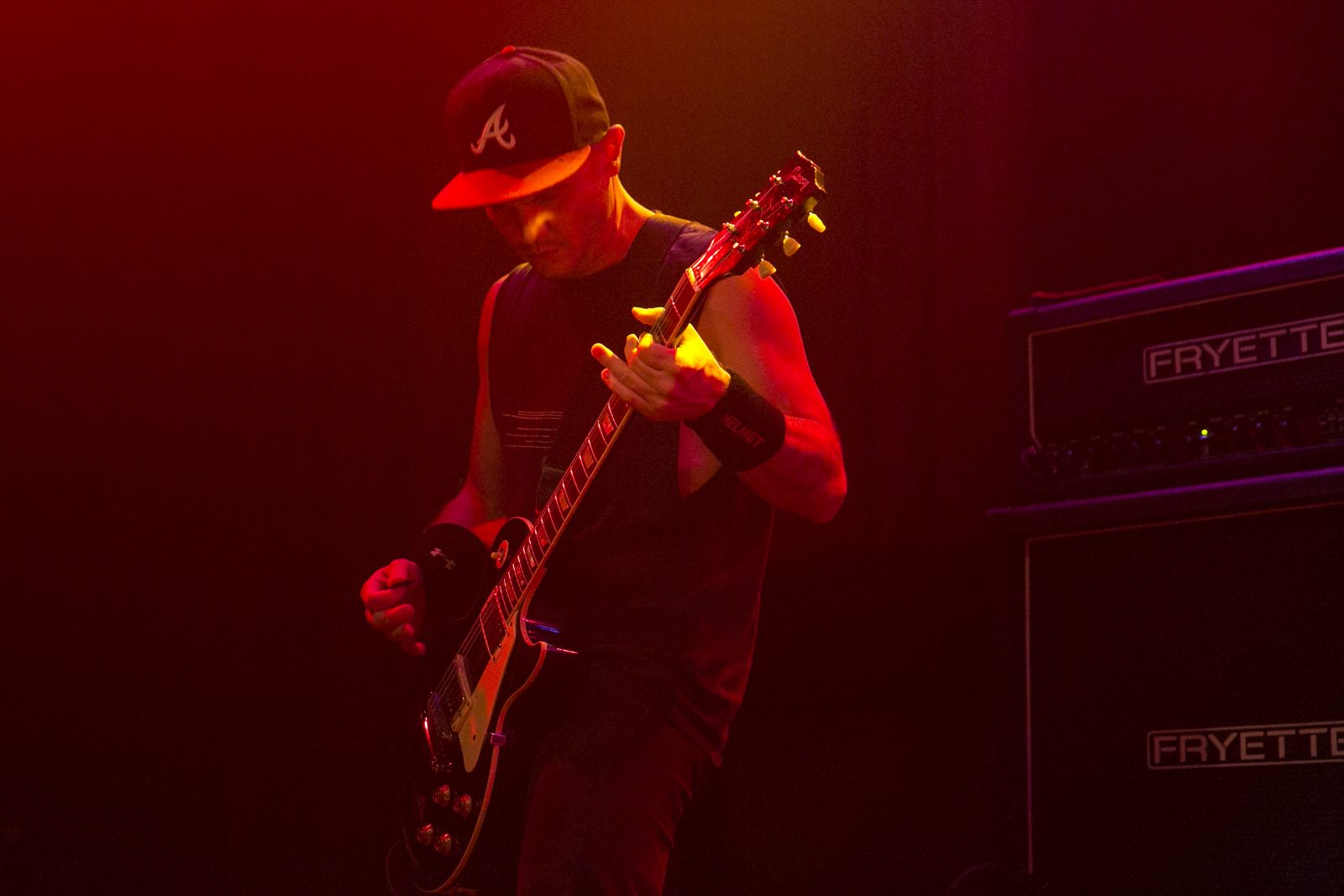 As the lights came up, it was apparent that not one of the Helmet pupils had cut out of class early. They had absorbed the full syllabus of minimalist, sharp-angled, hard charging rock that Helmet hand painted over the Independent, and pressed toward the stage to shake hands with the instructors…something you would never see in a traditional classroom setting. 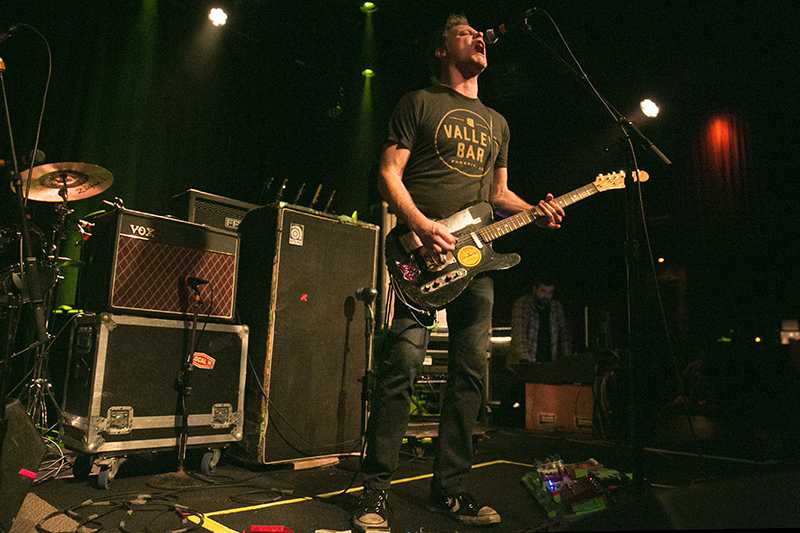 Opening the evening for Helmet is the tragically underrated Local H. Originally a four-piece from Chicago, Local H has been duo since 1994, though listening to their sonic assault onstage one would never know that it was just guitarist / multi-instrumentalist Scott Lucas and drummer Ryan Harding producing such a huge and well-rounded sound.

Local H got the house filled early and treated those who arrived on time with a set that rocked with a furor that was befitting of a headliner. They will also be on tour with Helmet through Europe, and the synergy of the two acts was apparent not only in the fact that Case, Beeman, and Stevenson joined them onstage for ‘Leon and the Game of Skin,’ doubling up the wall of sound that induced the crowd to sway and bob up and down, but also in their refreshing down to earth sensibility (they even moved their own gear offstage). 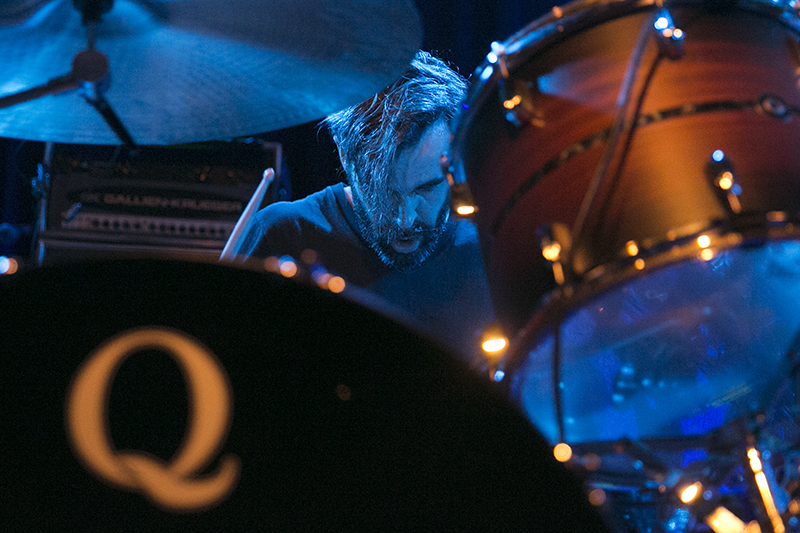 Local H has a sound that is sonically satisfying, and the fact that Lucas and Harding get such a fat tone is a bit of a musical magic trick. They have layers of fuzz, reverb, and delay put through phasers and octavers that make their delivery sound arena big no matter where they play. Check out ‘That’s What They All Say’ and you will hear the perfect example…how is that two players?!! 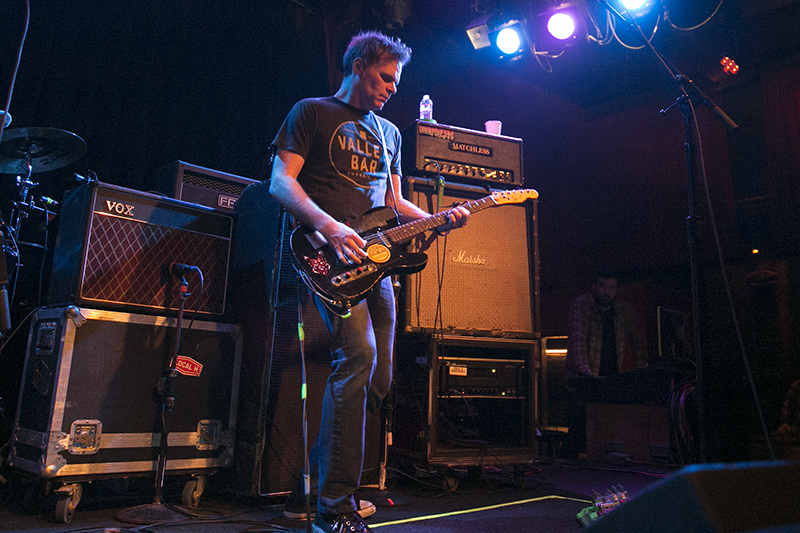 Like Helmet, Local H also chose to bypass their most popular song, ‘Bound For the Floor’ (As Good As Dead -1996), despite crowd calls for it. Nonetheless the rock was had in heaping portions this night. Class dismissed.

For more information about Helmet, check out their website.

Setlist: Fuck Yeah, That Wide | Fritz’s Corner | Half-Life | Cynic | Nothing Special | The Misanthrope | Paddy Considine | Leon and the Game of Skin | Hands on the Bible | That’s What They All Say | No Fun | High-Fiving MF