The Seventh Annual Hangtown Music Festival was held in Placerville at the El Dorado County Fairgrounds recently and this year’s affair may have been the best one yet. The lineup was solid, the weather in the foothills was close to perfect, and the clever costumes and a carefree spirit were in effect throughout the fairgrounds. After the event, festival organizers proclaimed this year’s crowd at the four-day festival to be the largest to date in its seven year history. 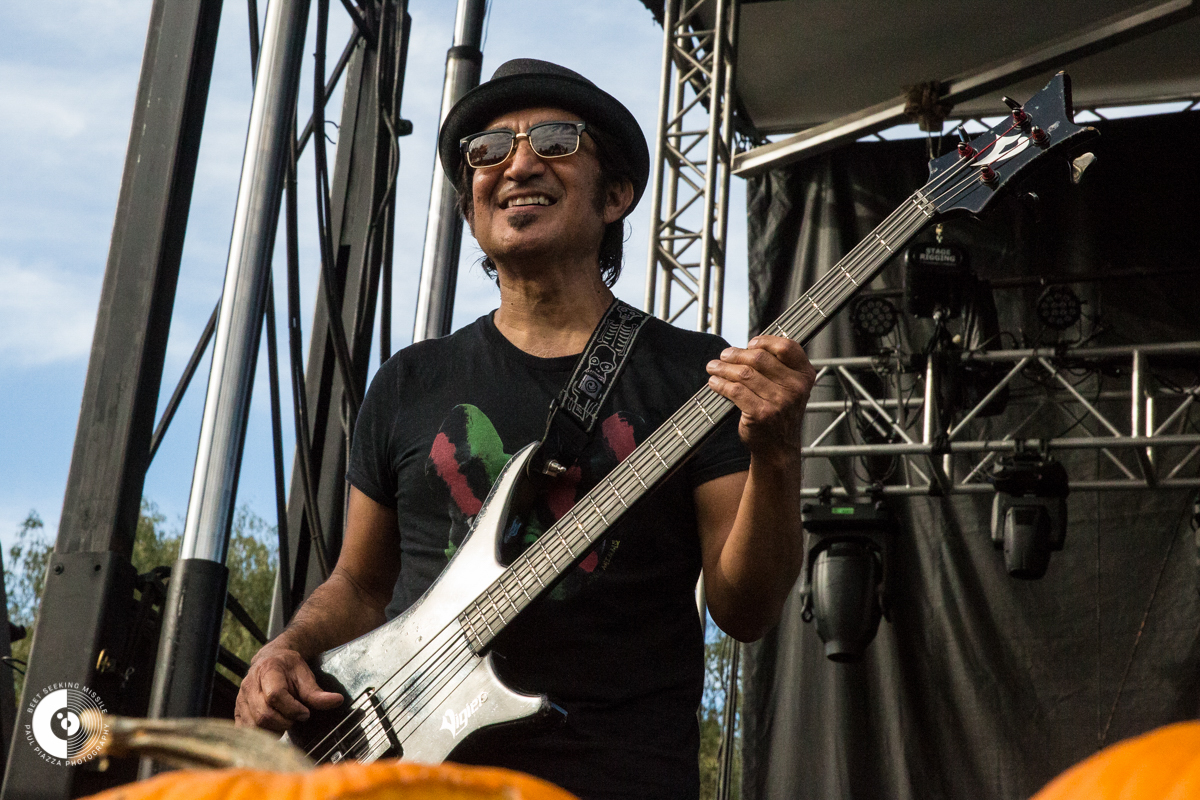 John Avila, Lukas Nelson, and the Promise of the Real

Part of the reason for that was that this year’s festival had a slightly reconfigured stage layout, with two stages that were within a short walking distance of each other, rather than one act on the main concourse and the other in a distant camping area as had been the previous layout. This made it very easy to simply stride over from where one band was playing to the second stage where another band would start almost instantaneously. The tight scheduling packed in more music without the fuss of having to miss part of a set because bands were overlapping or people didn’t want to make the trek. That was a major convenience. Also, according to festival organizers, it created much more camping space for festival goers. The result-more people having access to all of the music. 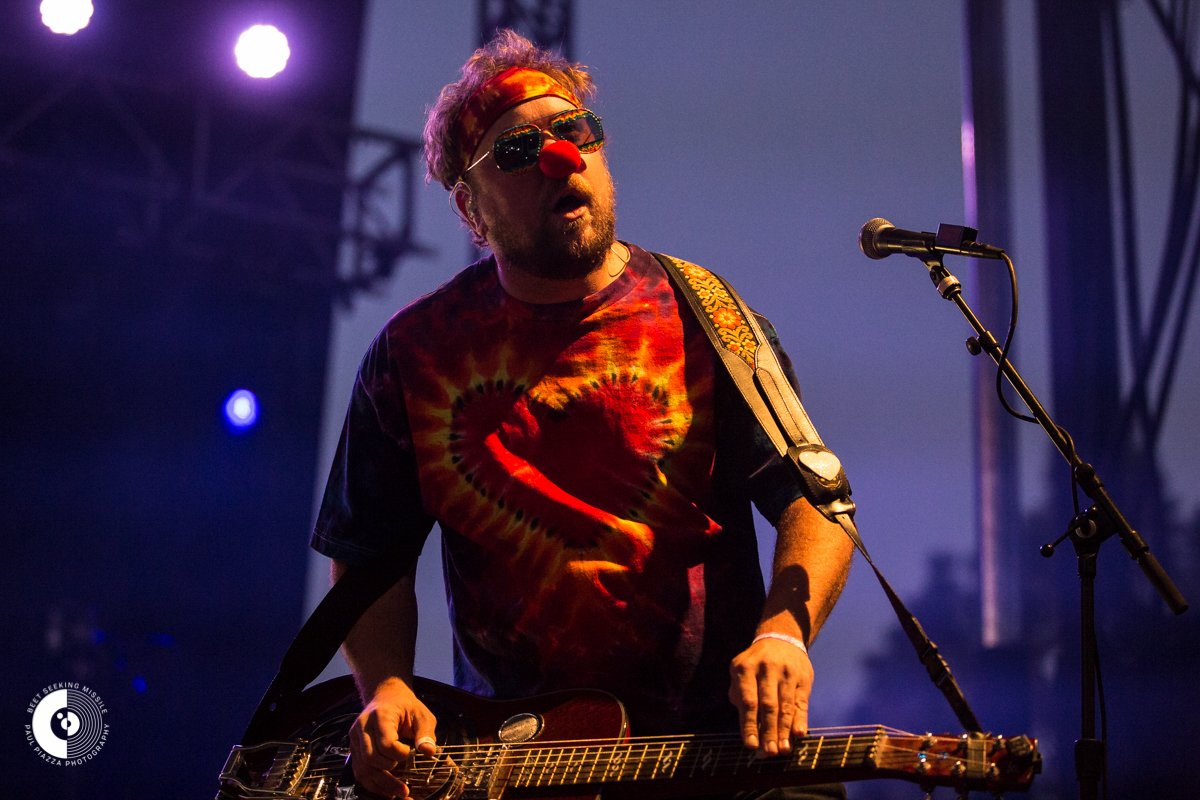 It also didn’t hurt that the festival was booked with many solid acts. Railroad Earth continued their role as the festival hosts, but there were also jam-world favorites such as Leftover Salmon, the Chris Robinson Brotherhood and Dark Star Orchestra. There were nearly thirty bands in total playing the festival on the two outdoor stages – the larger El Dorado stage and the smaller Gallows stage – and more playing late night shows in the indoor Hangin’ Hall. For many, it may have been difficult for many to narrow down their favorites with so much good music happening at one event. This writer’s personal highlights were Lukas Nelson and the Promise of the Real, Greensky Bluegrass and Turkuaz. 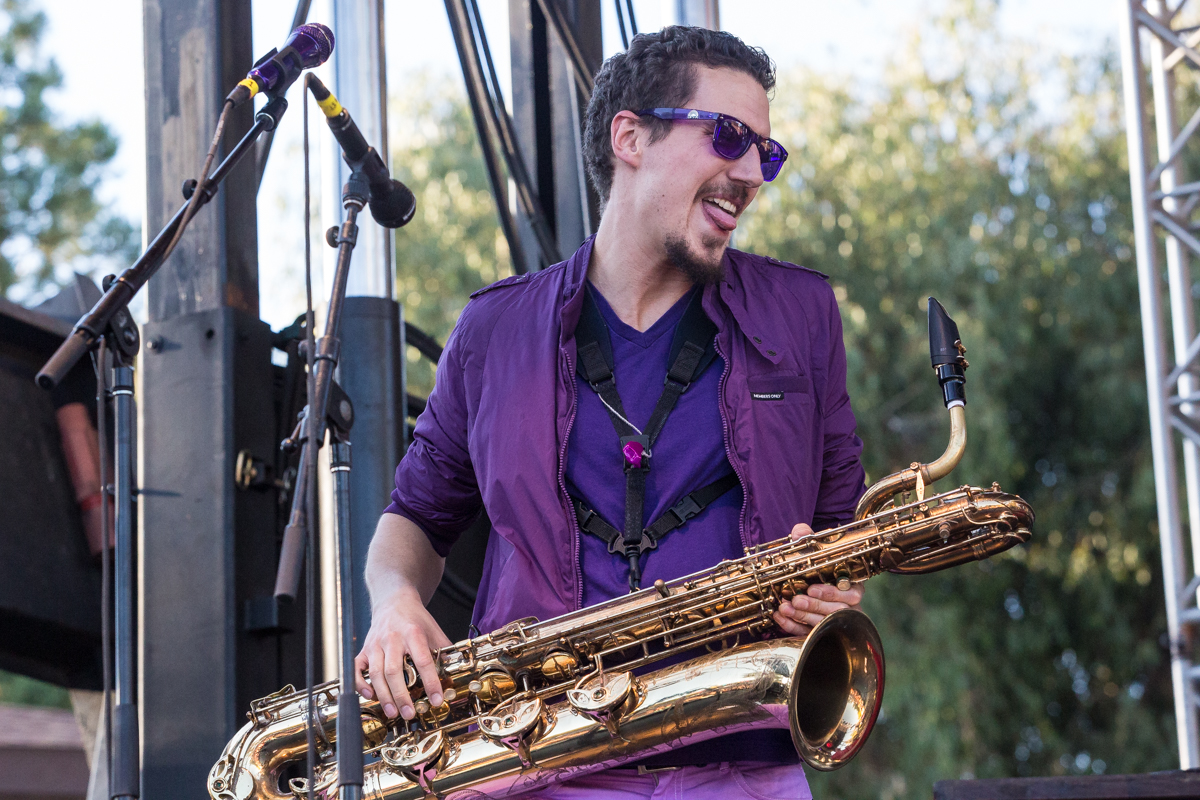 The young Nelson (son of Willie) has steadily ascended as a vocalist and a performer over the past few years. Nelson, who grew up practicing Stevie Ray Vaughan licks in his bedroom, has long established himself as a solid six-stringer, but as his vocals have gained more polish he has become a more commanding performer. He displayed that during his captivating Sunday afternoon set. 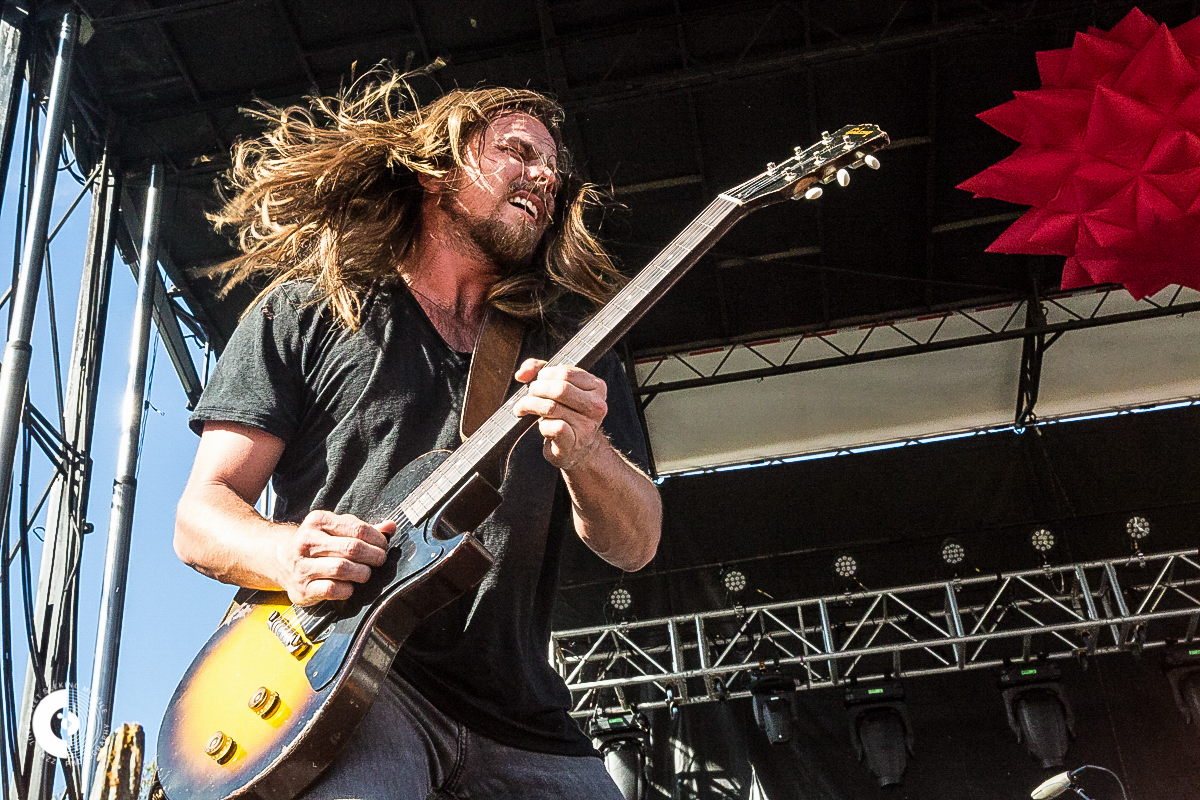 It doesn’t hurt that his band, The Promise of the Real, are a super-sharp touring machine. For this set, the band’s longtime bassist Corey McCormick was absent due to a paternity leave to enjoy time with his newborn child, so the band brought in bass legend John Avila. Avila is known for his fantastic work with Oingo Boingo, Food for Feet, and many others. During the Hangtown set, he was a perfect foil for the energetic Nelson, bounding around, matching Nelson’s energy with his own bouncy brand of brash bass playing. A few set highlights included Nelson’s great original “Find Yourself” and a pair of Tom Petty covers-a rockin “American Girl” and an acoustic “Breakdown” that visibly moved the crowd. Nelson later came out and jammed out with Leftover Salmon during their set. 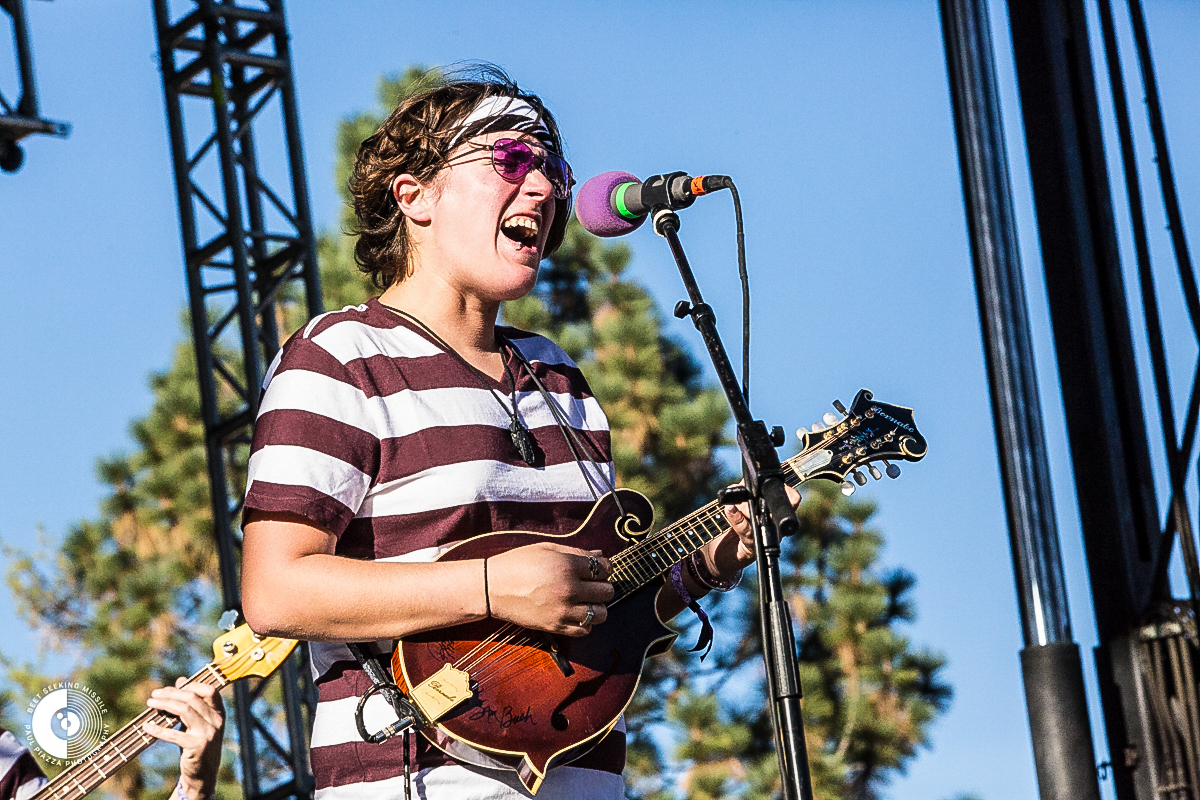 Greensky Bluegrass have become a must-see act on the festival scene. Their ability to grab a cover like Pink Floyd’s “One Slip,” meld it into their tune “Tarpology,” and turn it all into a far-ranging psychedelic jam with absolutely beautiful playing that involved amazing twists and turns, like they did last Saturday night, is only part of what exemplifies the five-piece band that originated in Kalamazoo, Michigan. 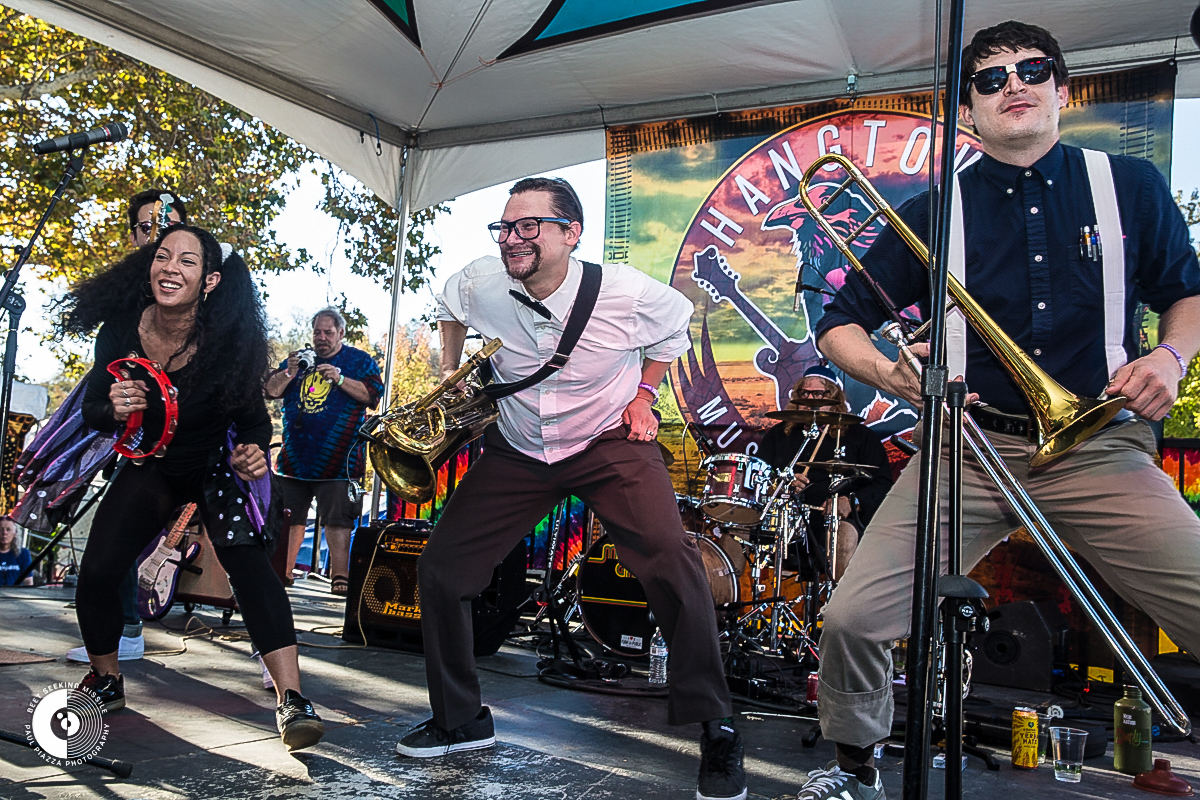 Simply said, they are not your typical bluegrass band, and that is what sets them apart. There seem to be no hard and fast rules with this band and that’s the way they like it. This opens up the freedom to explore and hit different peaks throughout their pair of performances. They are all great players, but Dobro master Anders Back put on a particularly jaw-dropping display that created a palpable buzz in the Saturday night air. 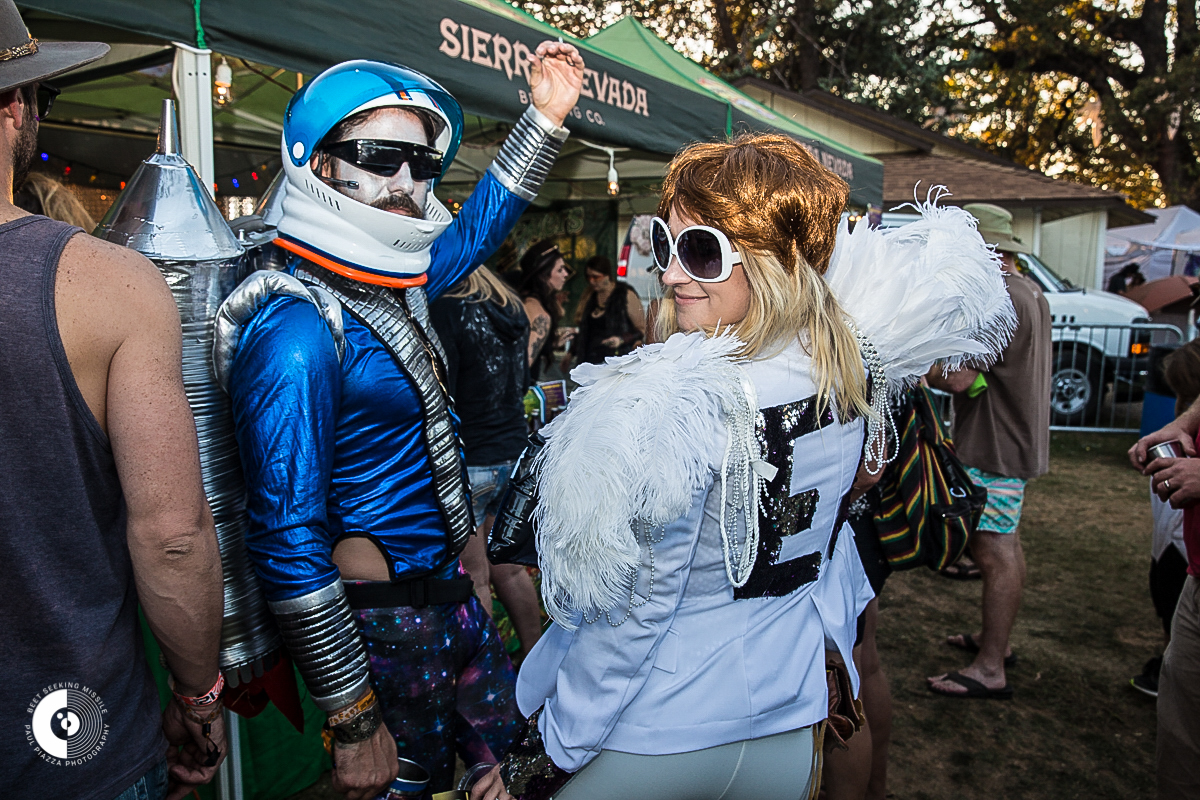 Brooklyn’s funk masters Turkuaz also caused quite a commotion at Hangtown with a pair of sizzling performances at the festival. The nine-piece claim inspiration from both Sly and the Family Stone and Talking Heads. This combined inspiration results in what they call “powerfunk,” which blends elements of soul, R&B, and pop with their aggressive funk core. Another element that sets them apart is that each band member wears a different solid color on stage when they perform and they can all play their asses off. They are truly a band to watch out for. 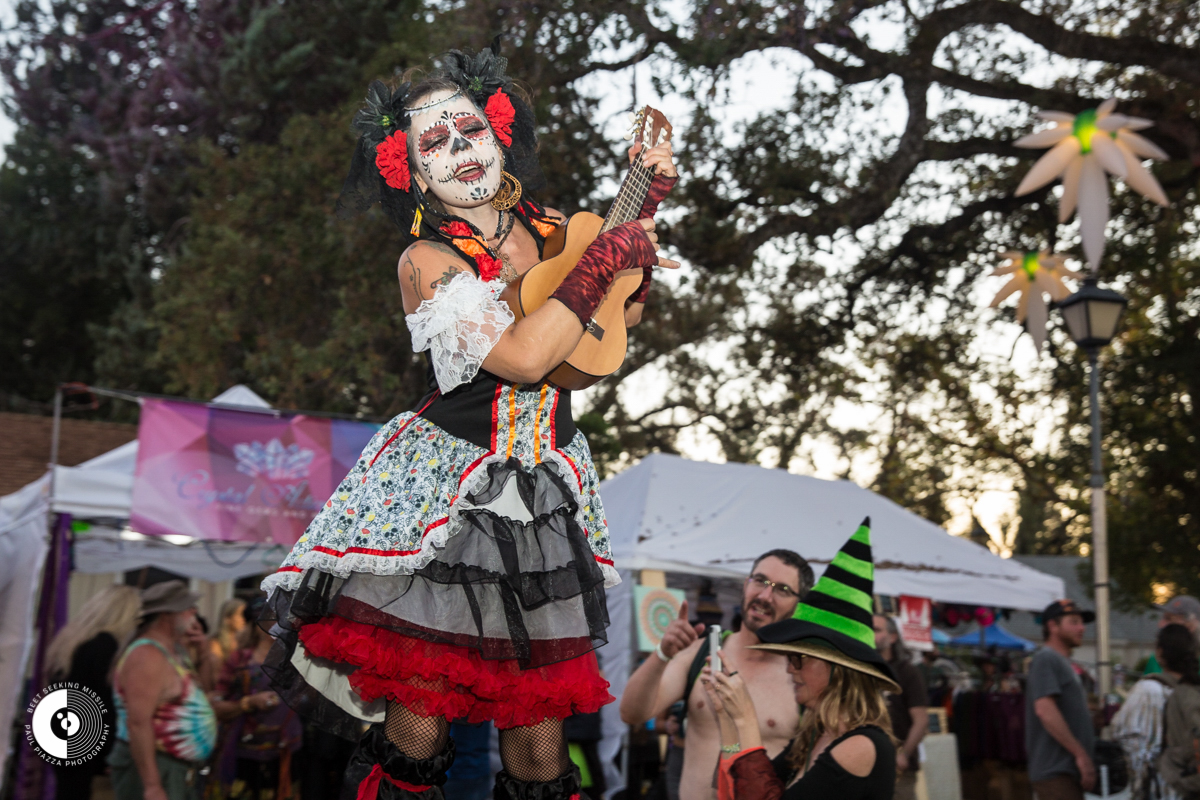 On the smaller Gallows Stage, bands like the Polyrhythmics, Scott Pemberton, MarchFourth and Mojo Green all played well received sets. Another band that was great on that stage was called The Contribution. It featured members of various bands and was led by fiddler Tim Carbone of Railroad Earth, who are the festival hosts. In addition to playing a few sets with Railroad Earth, Carbone could be found mingling with festival goers throughout the weekend and leading a meditation on Sunday morning. At this festival, the artists and the fans blended in pretty well together. There was a nice afternoon jam where Achilles Wheel played while families were carving pumpkins. 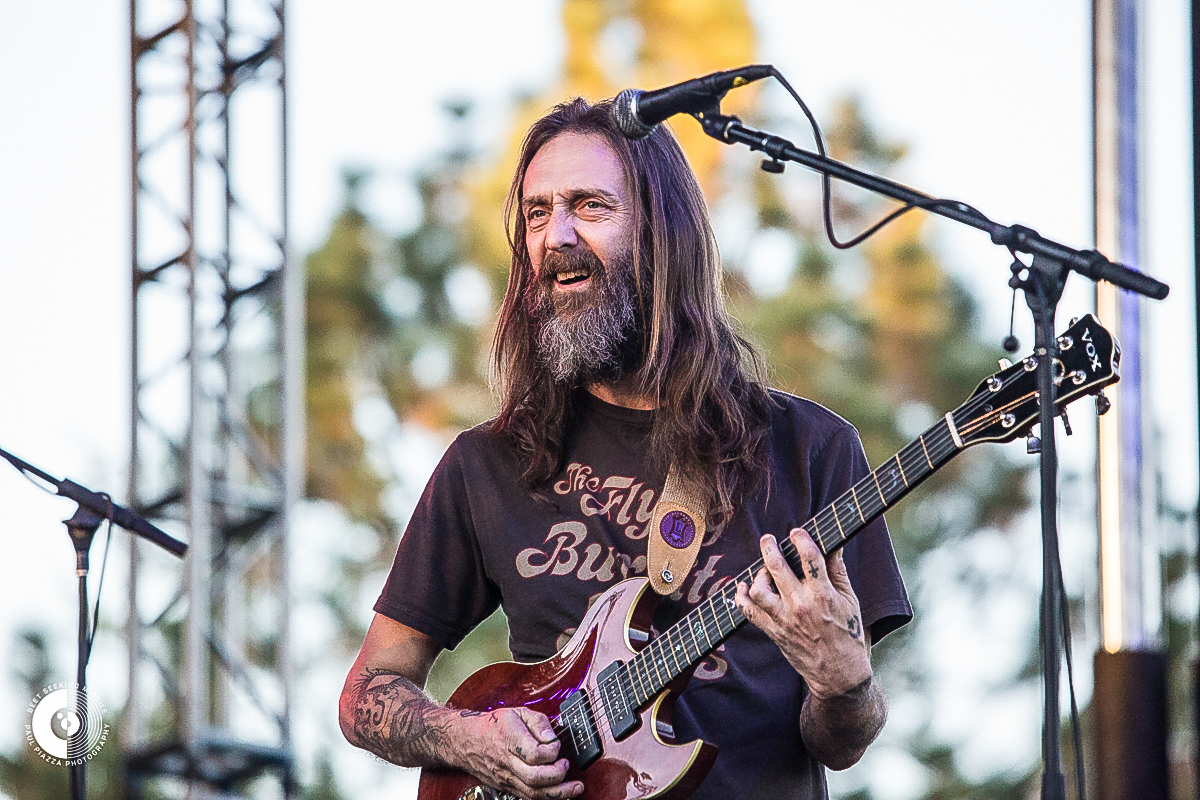 The overwhelming opinion of many is that Hangtown still has that small festival feel and appears to have firmed up it’s place as one of October’s better music events. The location is solid, the vibes are fantastic and Railroad Earth are the perfect humble festival hosts of the event, with a keen intuition for tweaking their setlists. Naturally, they knew how to close the weekend on the main stage aptly by honoring Tom Petty and the prolific wild golden poppy of the foothills with a beautiful cover of  “Wildflowers” that polished things off with just the right emotion for everyone is attendance.