Out on the road in support of their latest release Built To Last, Swedish power metal band Hammerfall pulled into the Social Hall SF for an evening of fist pumping and horn throwing metal that brought out a good size crowd for a Monday evening. 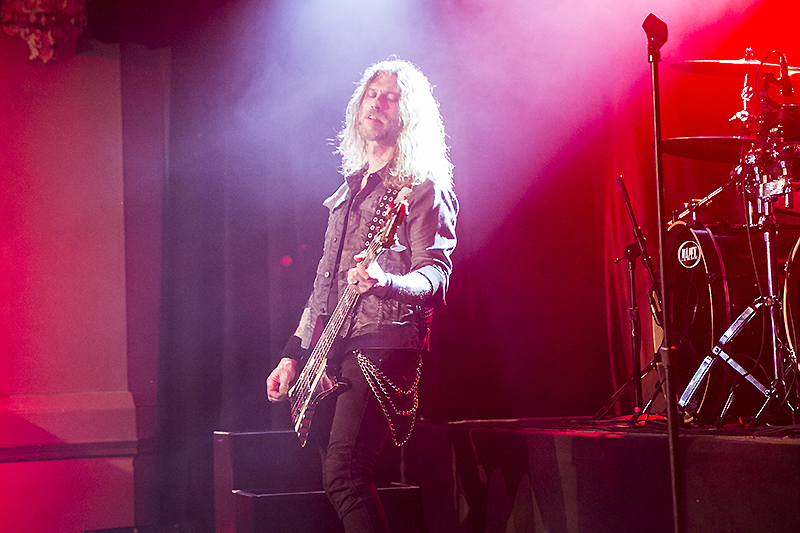 Opening with “Hector’s Hymn” off their (r)Evolution record, Hammerfall didn’t waste any time in getting the crowd energized for the duration of their set. Guitarists Oscar Dronjak and Pontus Norgren provided the energetic guitar riffs that had the near capacity crowd pushing to the front of the stage. 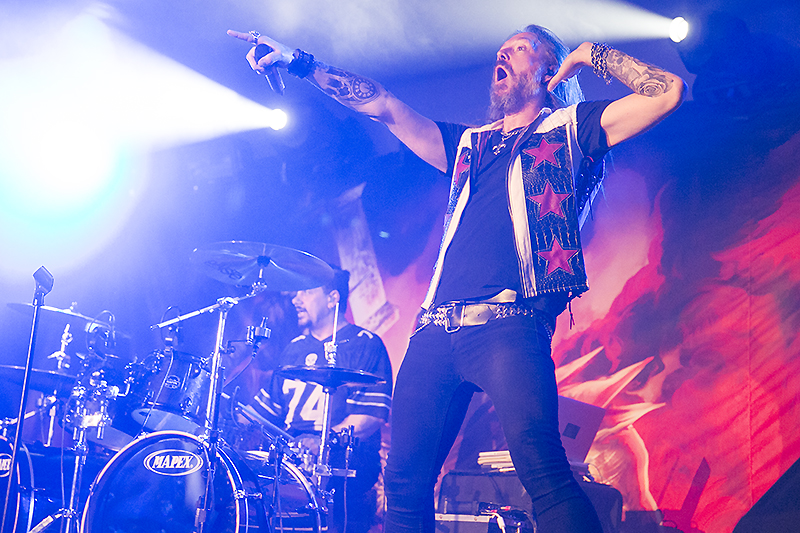 Vocalist Joacim Cans was full of energy, telling the crowd, “We’ve been together for 20 years, and we may look old on the outside, but inside our hearts, we are very young,” before bursting into “Any Means Necessary.” 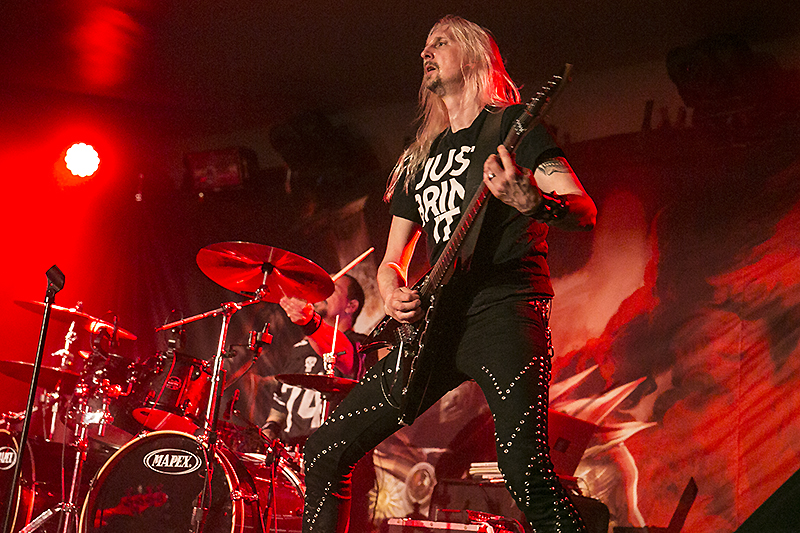 Although the band played quite a bit of older material, they didn’t neglect their latest material. Asking the crowd if they liked the new record, Cans proclaimed, “It doesn’t matter, because you are going to get a song off of it anyways, before breaking into “Dethrone and Defy.” And judging from the reaction of the crowd, as well as the inflatable battle-ax that suddenly appeared, the fans were pretty OK with it. 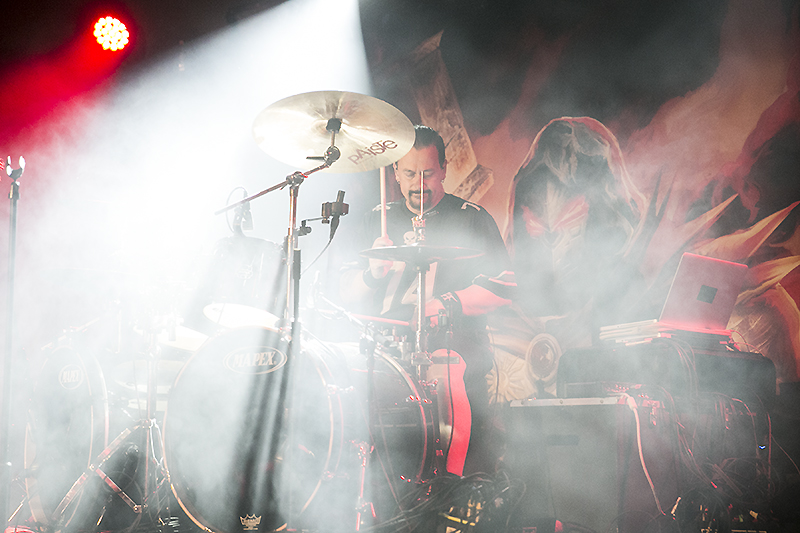 Winding down their set “Built to Last” and “Hammer High,” Can promised the crowd that “From the bottom of their hearts, it won’t be another 7 years before we return to San Francisco,” as they wrapped up their all too short set with “Hearts on Fire.”

For more information about Hammerfall, check out their website.